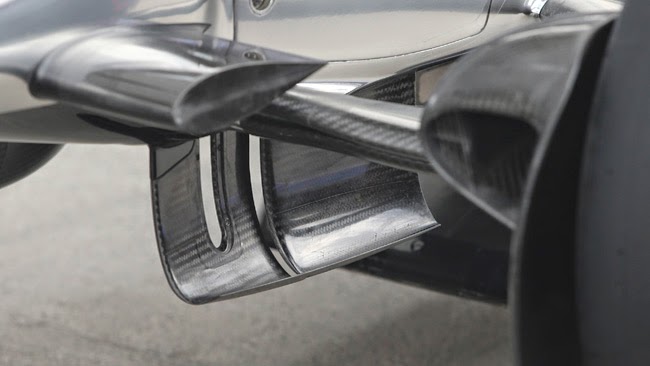 McLaren had plenty of new parts to try out at the Red Bull Ring but one that didn't cut the mustard and the team didn't race are the Turning Vanes, the brilliant Giorgio Piola caught a picture of them above (Source: omnicorse.it)

The under chassis vanes help to condition the airflow that moves under the nose and chassis, whilst protecting it from the wake created by the front tyres (especially in yaw).  The new vanes have a similar rearward section to those that have already been in use, whilst the most forward element (which is attached to the underside of the nosecone rather than the chassis) was elongated.  This section you'll note also has an elongated slot in it but doesn't go as far as making it a full blown additional section.