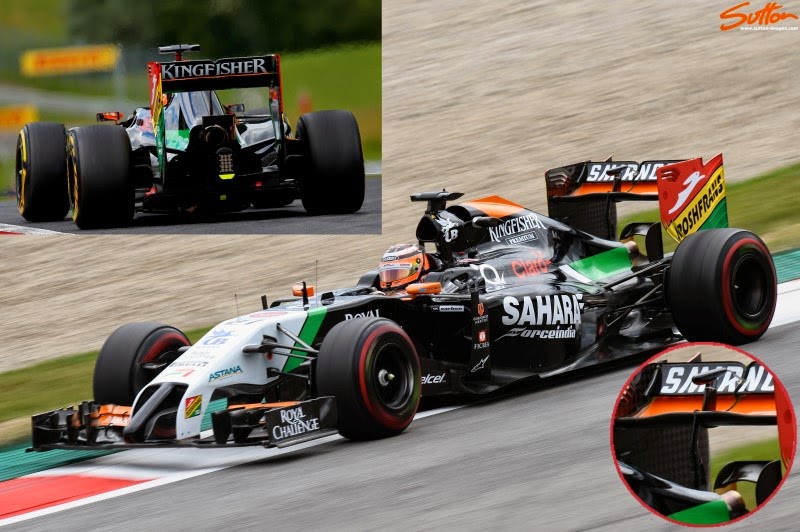 For a brief period during Friday's free practice sessions Nico Hulkenberg ran his VJM07 with a new rear wing support, instead of employing two pylons as the team usually do (below) they trialled the car with just one.  It's unclear if the pylon was mounted through the engine cover like Red Bull does or whether they employed a Y-Lon but I'm sure we'll see this used again in Silverstone.  The pylons of course increase rigidity to the wing but will have an effect on the aero too, with this in mind teams have been making alterations to their setup since the start of the season to make gains. 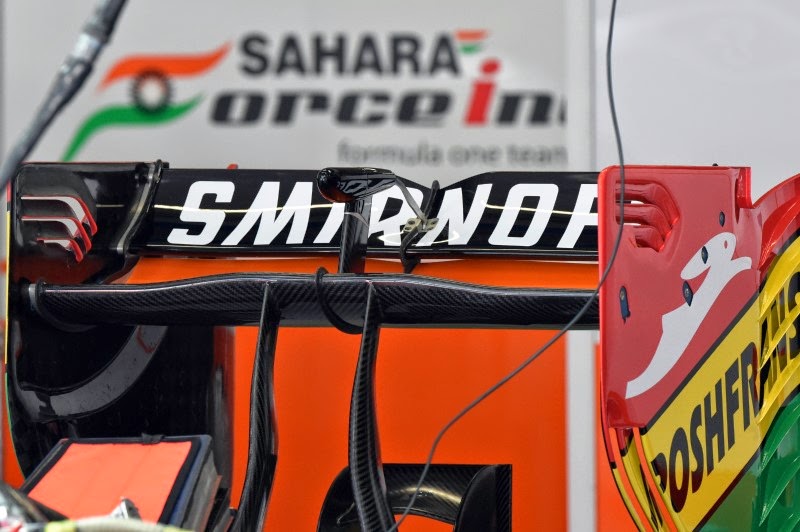