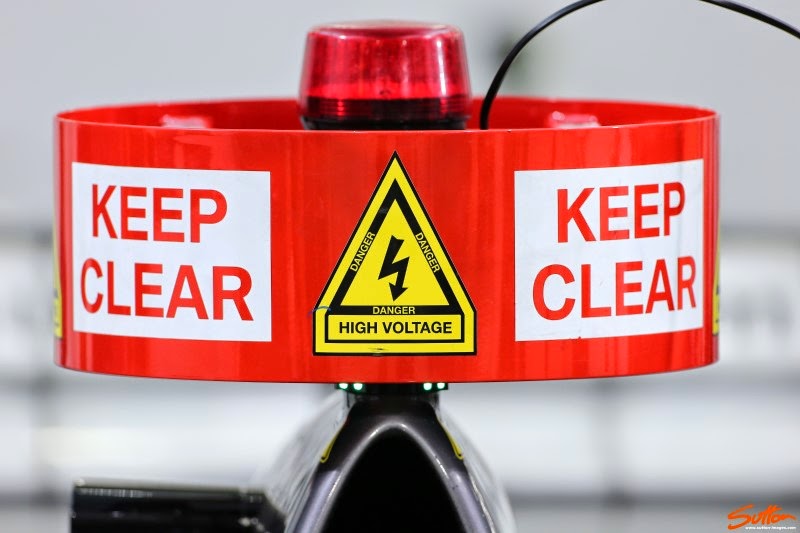 The silver arrows dominance so far this season hadn't faltered but just as many were starting to dream of a whitewash, the team suffered a technical gremlin on both cars that scuppered their chances of victory.

Both Mercedes cars scampered away from the grid in usual fashion, leaving the rest of the field trailing in their wake.  What looked like an unassailable lead suddenly became a battle for survival as both W05's incurred the same technical issues on lap 36 for Lewis and lap 37 for Nico.  Both cars suffered a high voltage control electronics failure, curtailing performance by virtue of the MGU-K unable to propel the car.

Control Electronics (CE) have been one of the biggest issues thus far for the engine manufacturers and teams with drivers likely to pick up grid penalties all over the place in the latter part of the season.  The CE is actually made up of several different components but replacement of any of these blots the copy book.  Sebastian Vettel and Kamui Kobayashi are the most likely candidates to take the first grid penalties owing to CE changes with these drivers already accruing the use of 5 components.  As soon as they use their 6th it will be a 5 place grid penalty for that race, something that I personally find harsh based on the infancy of this technology in a Formula One environment.  The other components that can receive penalties (ICE, Turbo, MGU-K, MGU-H and Energy Store) are complex items but don't perhaps undergo the same rigors as the CE which binds the aforementioned components.  Perhaps it would have been shrewd of the the FIA to allow 10 CE component changes in the first season?

Lewis/Mercedes made a change to the CE-KCK on his W05 before qualifying for the GP but as yet we don't have confirmation which part of the CE failed on both W05's.  What we do know however is that both cars had no ability to deploy (EDIT after confirmation from Mercedes) or harvest energy from the MGU-K for the rest of the race.  (Mercedes have stipulated that the MGU-K was unable to provide 'drive').

The question therefore no longer remains on how much the MGU-K was still able to do in terms of harvesting, it's clear that initially both drivers were getting little to no assistance from the MGU-K under braking and is the likely result for Lewis' rear brake failure.  (Owing to the teams running smaller rear brakes this year, with the MGU-K doing a proportion of the braking as it harvests power).

The movement of brake bias forward would have undoubtedly led to a disparity in how both Mercedes drivers were able to stop the vehicle in the corners.  Aided by the lead to the rest of the field though, a lift and coast into the corners would not only allow for some fuel saving (critical with the loss of top end performance as more fuel would be needed) but also aid in braking stability.

The complexity of the energy recovery system on top of the turbo charged engine this season means that there are many modes with which the driver has in his armory.  The loss of power from the MGU-K however is a massive loss as not only does it provide upto 160bhp (120kw) at the top end, the power is gradually applied alongside the throttle inputs, increasing the amount of time that the MGU-K provides power (upto 4mj or 33.33 seconds at full power) (Please read this if you don't understand how the MGU-K can utilise the 4mj).  The loss of energy deployment by the MGU-K can be covered up in part by pushing the ICE to do more work but inevitably this increases the fuel flow and it cannot make up the entire deficit.

Driving around and adapting to the lack of MGU-K power or harvesting won't have been easy for Nico and the mere fact he was able to lap at a relative pace to some of the cars chasing him is a testament to the job Mercedes have done this season.  It also shows us that the MGU-K is providing at least 2 seconds of performance per lap this season.