Force India had a significant upgrade package in Austria refining what had already turned out to be quite a nice package for the 2014 season.  The update package was however first scheduled for Silverstone and so with the team bringing it forward there were still some lingering components to come through over the next few races.  At the post Silverstone test the team assessed a new engine cover which repositioned one of the oil coolers, deleting the cooling snorkel and saw the introduction of an enlarged shark fin. 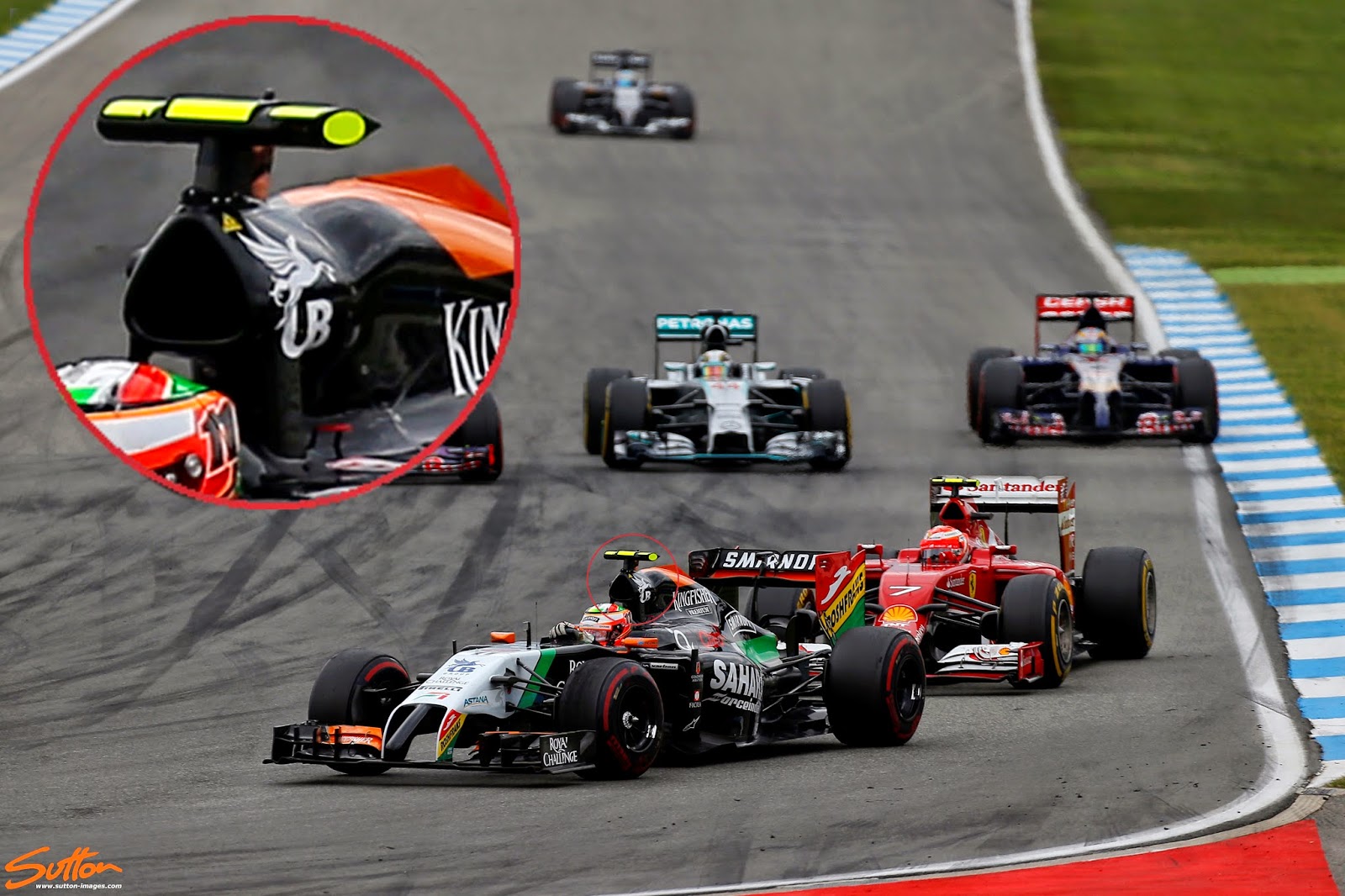 Now whilst this option was available to the team for Germany and was trialed during Free Practice the team opted for something a little different.  They retained their original engine cover (above) but deleted the snorkel inlet and associated internal pipework, having already relocated the cooler. 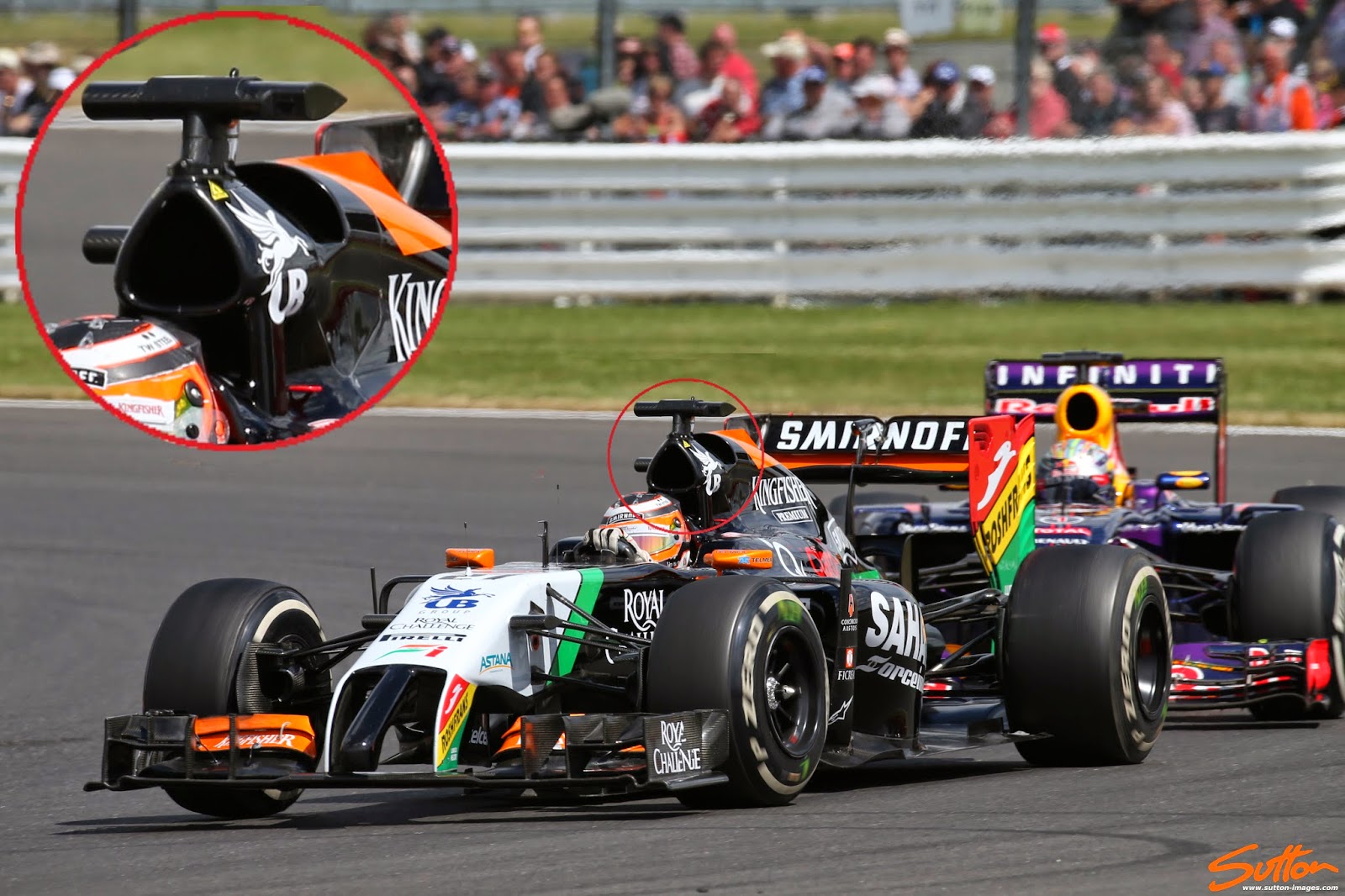 The previous specification with snorkel inlet can be seen above