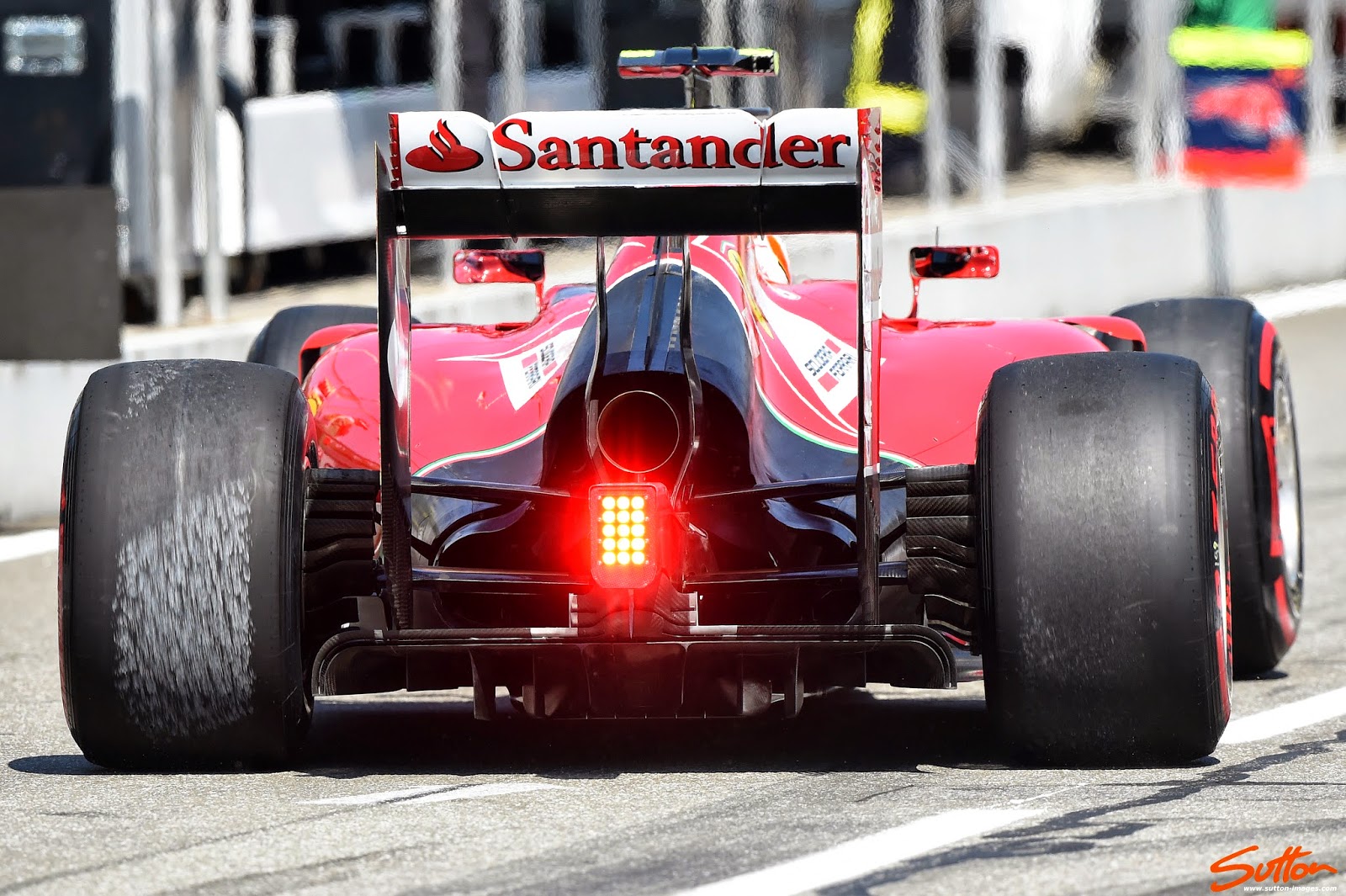 Ferrari once again took some sideways steps in Germany with the re-introduction of a much larger cooling outlet at the rear of the car (above).  The use of the cooling outlet also bought about a return of the dual rear wing support pylons, which does seem a little counter productive given that the last time the team used such a large cooling outlet it was in tandem with the singular pylon.  I'd therefore suggest that the team were moreover looking for a consistent/well known baseline, as the team looked to race the car without FRIC for the first time.  We know that FRIC allowed for aerodynamic consistency which is something that Ferrari have been unable to achieve successfully compared to their rivals.  That however doesn't mean to say that their package hadn't been keyed toward peak performance with it, just they were unable to enjoy it to the level their rivals were. 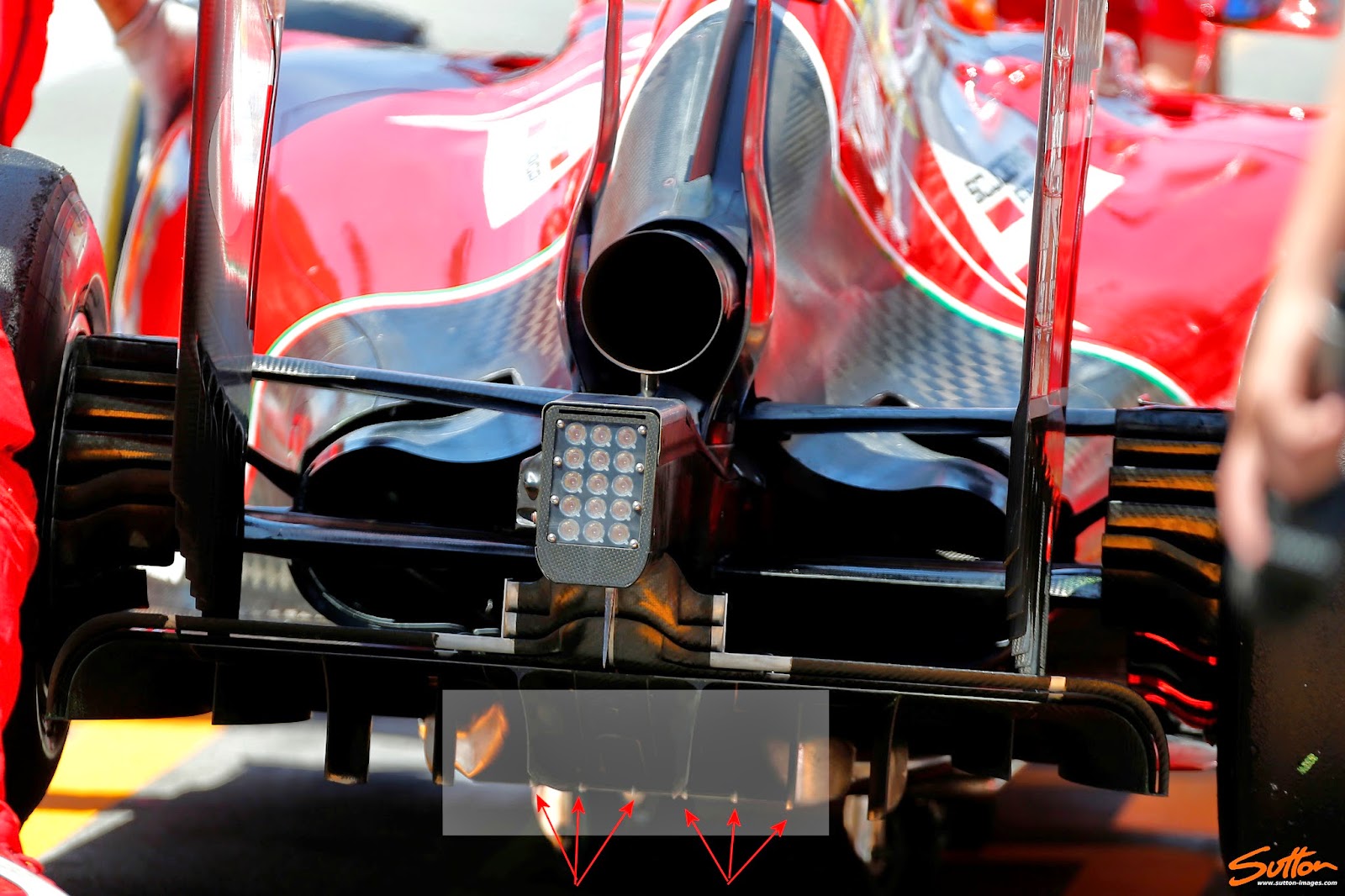 As we can see above (arrowed) the team also added some small fins to the skid blocks trailing edge, these fins create vortices which help to keep the airflow attached, creating better stability.  These vortex generating fins may have simply been a rudimentary quick fix owing to the FRIC ban to overcome some instability or part of their planned upgrades.  Other teams have also run these this season including Red Bull, Lotus and McLaren


@SomersF1 This vortex generators are not new. Ferrari used them in Austria and Great Britain. Look this picture: pic.twitter.com/YTFs33eUkx