McLarens problems have been symptomatic of the decisions they made when they first conceived their 2014 challenger. It's a difficult task as the initial layout of a car can be make or break, re-developing mass sections of car, especially when it relates to cooling like McLaren not only requires physical changes to coolers but re envisaging of aero components. In the case of McLaren their vision was centered around a need to have enough cooling (internal space), packaging the larger exhaust Mercedes HPP had specified and of course the gearbox designed and catered for their 'wishbone suspension'.

As we have seen, many of the other teams have moved toward a lower and longer line cooling outlet at the base of the car, whilst shrinking the cooling outlet around the exhaust. This creates another area of low pressure above the diffuser (slower moving airflow exiting from the rear of the car).
McLaren's 'wishbone wings' prohibit the team from following a similar path, requiring them to remove the wings and change substantial areas of bodywork. Under the old regulations this task would be large but not insurmountable, however the curtailment of CFD and Wind Tunnel time makes widesweeping changes fairly prohibitive as the teams cannot then concentrate on refinement too. 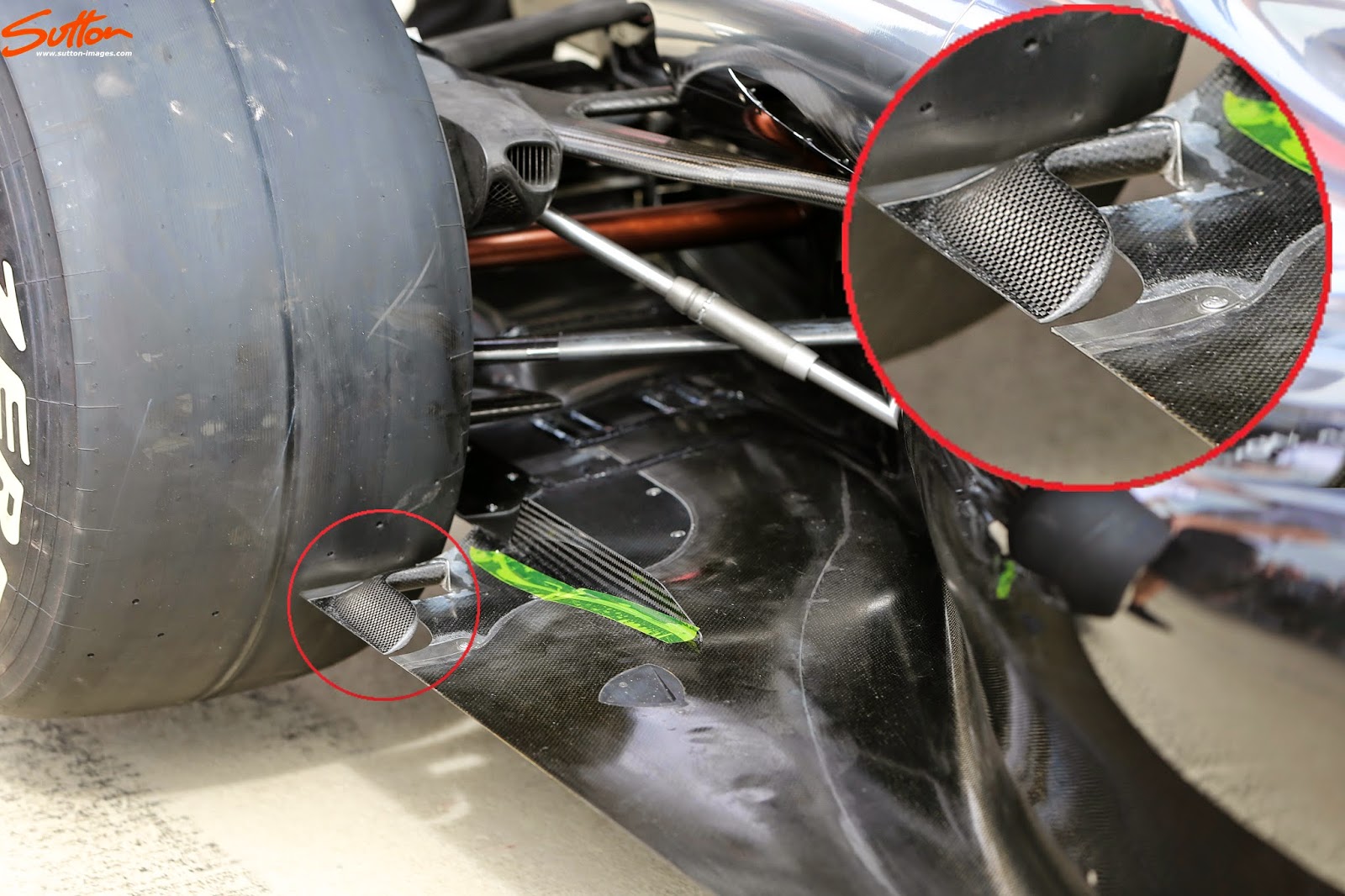 The team arrived at Silverstone with a new dog-legged slot ahead of the rear tyre, a solution we've previously seen Red Bull employ in the area. For those unfamiliar with the work done by these floor slots, their purpose is to manipulate the airflow dispatched by the tyre, especially as it deforms. The deformation of the tyre creates an inconsistent airflow pattern that literally squirts airflow laterally into the diffusers path. By injecting some of the airflow from above the floor into the lower airflows passage as it combines with the airflow dispatched by the tyre the 'tyre squirt' can be re-aligned. Minimizing tyre squirt is essential to creating more downforce with the tyre being worked (deformed) more under load (cornering).

The new solution from McLaren is used to better focus the airflow in the region and hopefully help the diffuser to operate over a wider spectrum.
Tagged
Newer Post Older Post