Red Bull have made numerous revisions to their Rear Wing support pylon throughout the season, with Silverstone offering the backdrop for a further modification. Changes to the 2014 regulations, outlawing the use of a 'beam wing' has led to many differing design decisions by the teams, as they look for both structural rigidity whilst maintaining aerodynamic efficiency. In the case of Red Bull it was clear from the start that the team wanted to run a singular support pylon, minimising the effect the supporting element may have on the rear wing's mainplane and top flap.

Ferrari who made widesweeping changes to their rear wing pylon(s) in Barcelona also introduced a 'swan neck' style pylon which appears to have inspired the boys at Red Bull. The new pylon design mounted on the RB10 for Silverstone traverses the mainplane and mounts to the front of the DRS actuation pod. This is a sensitive area and relies on the teams follow strict dimensional criteria in order to place bodywork here, this is due to the changes made by the FIA when they outlawed the full length shark fin engine covers and the 'F-Duct'. 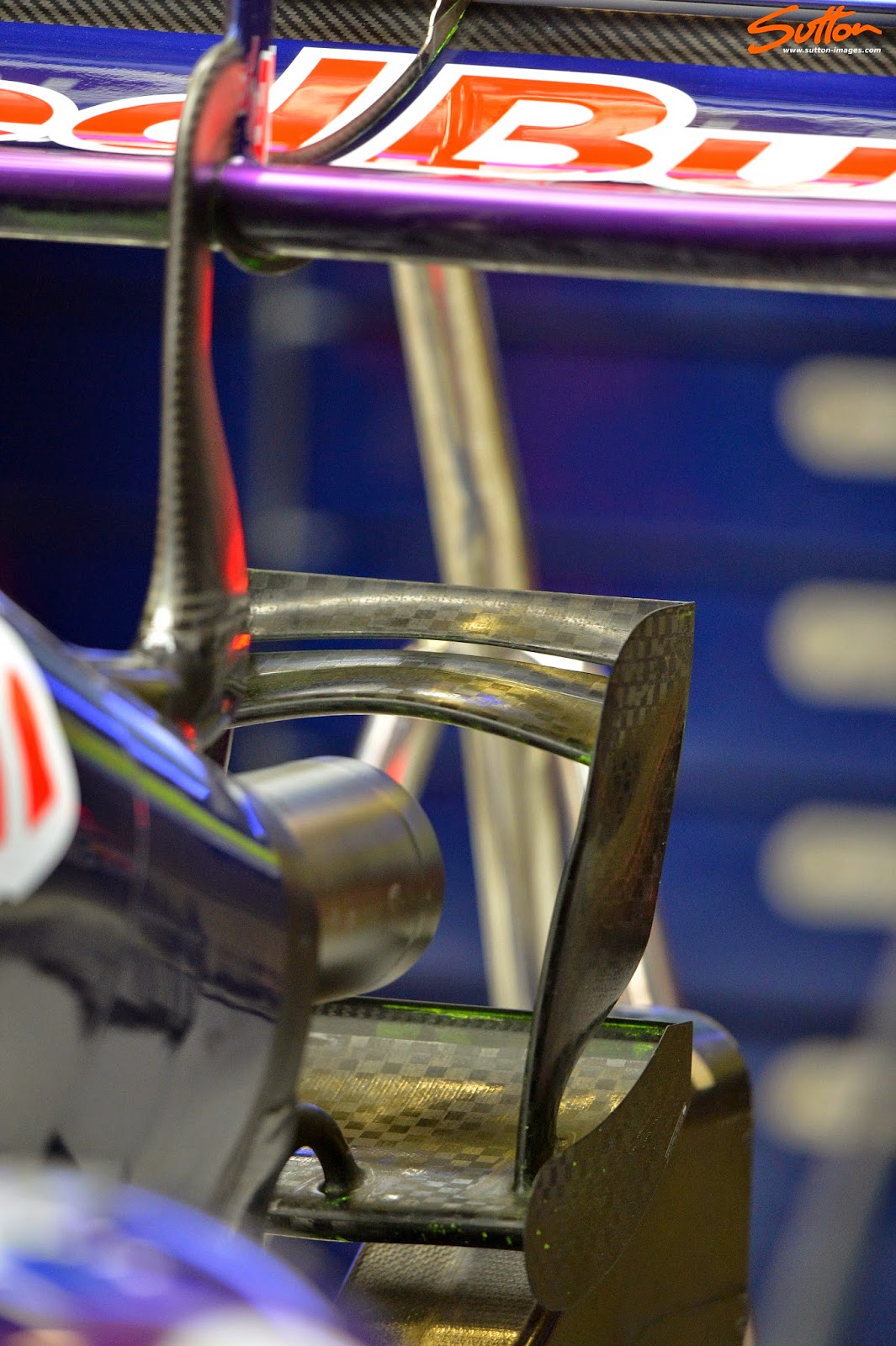 The idea behind such a design is to make the mainplane more efficient, as the pylon doesn't impinge upon the lower surface. The pylon being placed on the lower edge of the mainplane as used to be the case can lead to airflow separation, which results in a loss of performance. This is especially critical as the car is in yaw as any loss of airflow attachment results in imbalance for the driver, this results in him having to back out which of course further impacts performance.
Tagged
Newer Post Older Post