Mercedes have clearly made huge strides with the introduction of the new regulations this season, their chassis / powerunit integration has given them an advantage over the rest of the field. However they've also made strides aerodynamically too, whether this is purely down to the curtailment of off throttle diffuser blowing affecting Red Bulls relative performance, the improvements made by Mercedes to their facilities (Wind Tunnel, tooling etc increased from 50% to 60%) or the fulfilment of years of staff building or a more likely a combination of all these factors.

Development for any F1 team needs to be relentless, whether at the front like Mercedes, or one of the rear gunners. Momentum is critical not only for morale but also to stay ahead of the competition as they have the front runner in their sights, with clear indicators showing them how and where they themselves can improve. With this in mind Mercedes have been making small but track characteristic improvements. 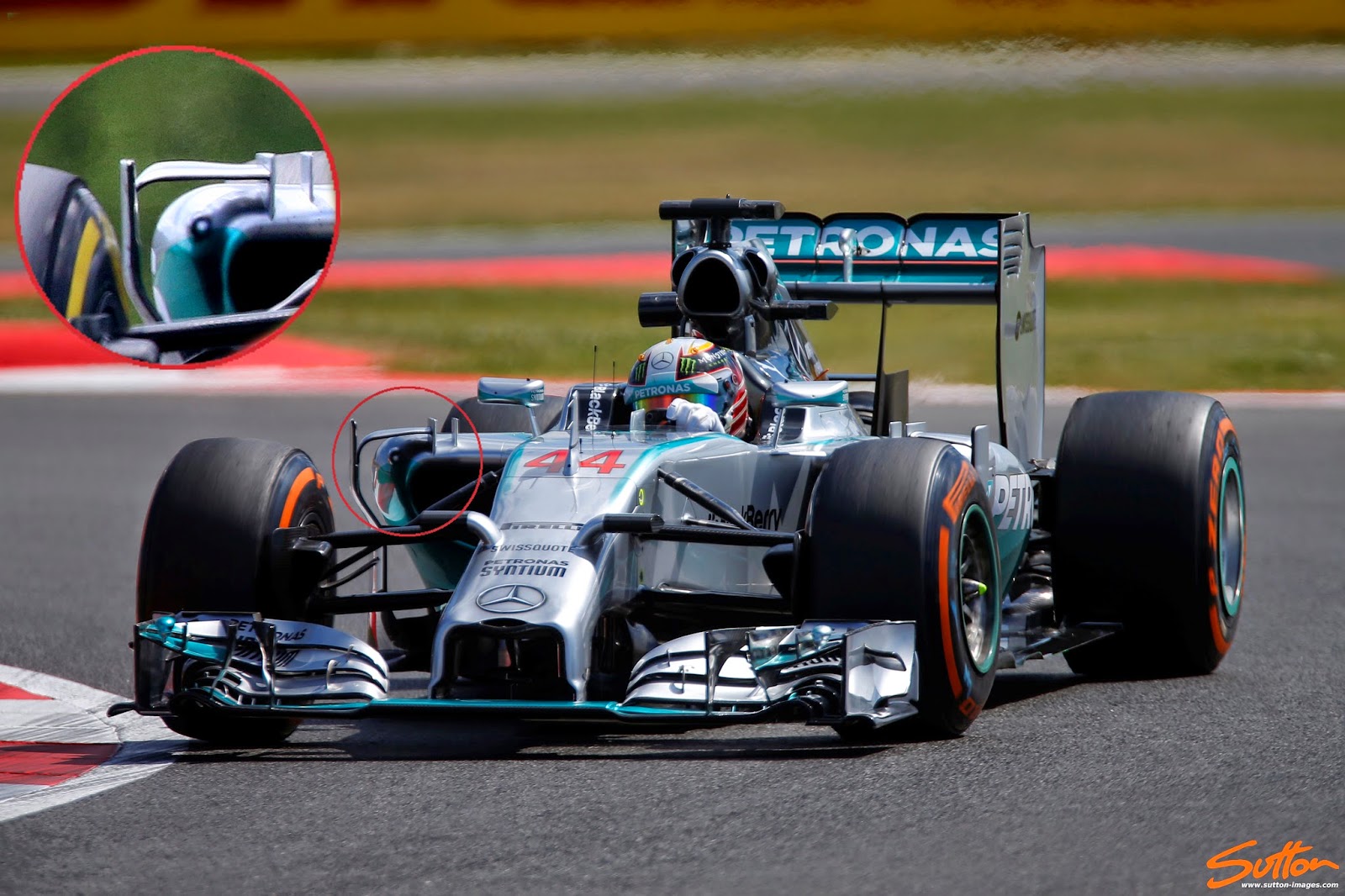 At Silverstone this came in the form of minor tweaks to the Sidepods Airflow Conditioners, as we can see from the image. The enlarged circle shows the conditioner from Austria, where the rearward section, which arcs over to meet the vortex generator that sits on the sidepods shoulder is much tighter on the Silverstone iteration, which leads to the forward element standing taller. Silverstones higher speed demands means that there is a premium on drag, meaning that the teams will make efforts to control the airflow in different ways. The sidepod airflow conditioners control how the tyres wake impinges on the sidepod, changing its shape also has an effect on the sidepods characteristics too.
Tagged
Newer Post Older Post