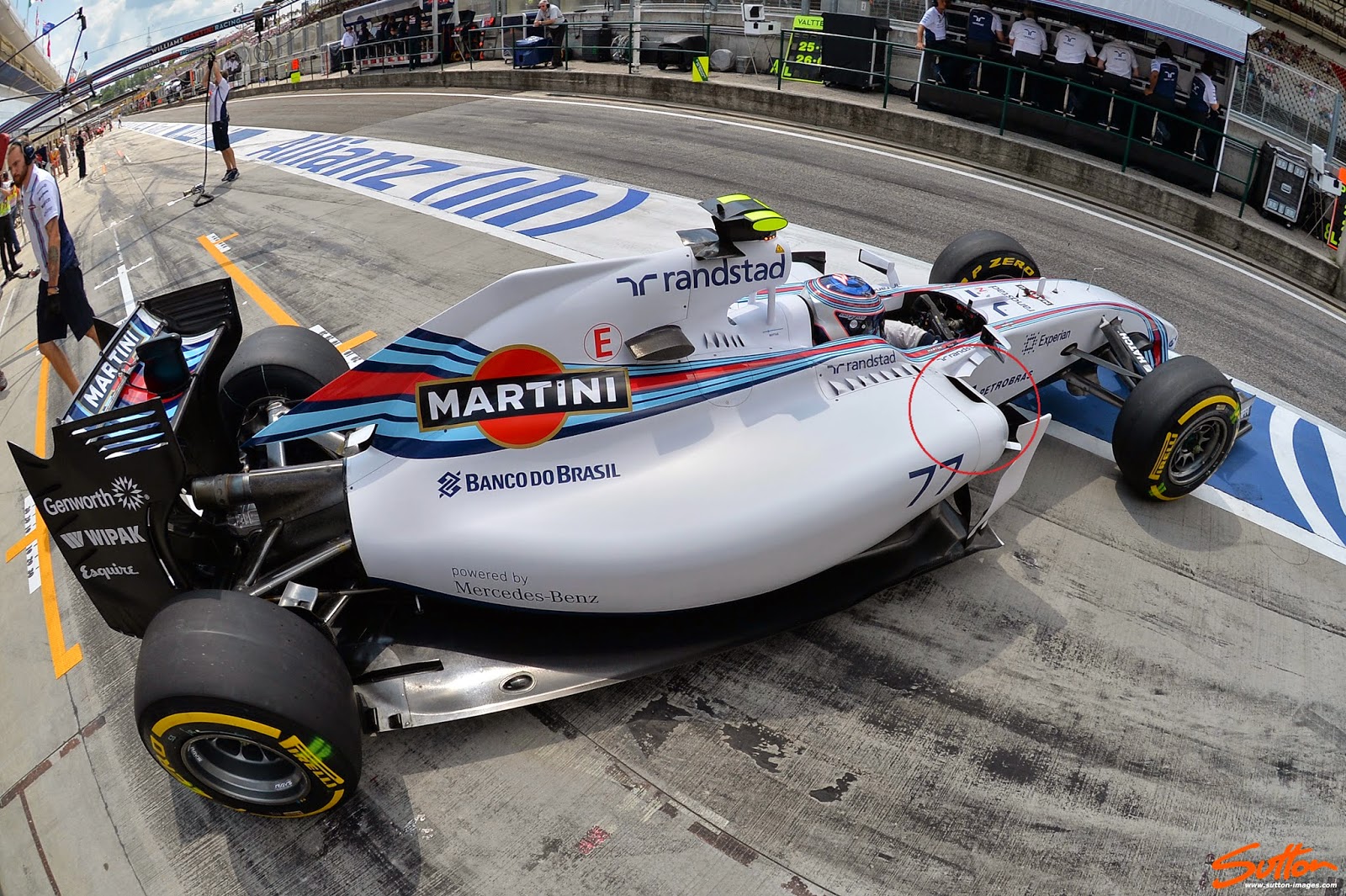 Having utilised the louvred shark fin configuration for the first time in Germany and running the appendage for much of Free Practice you'd have thought Williams would have continued it's use throughout the weekend.  Just to throw a spanner in the works though the team returned to their usual louvre-less engine cover for Qualifying.  That's not to say that cooling isn't still an essential element that the team were looking to concentrate on though, with the team returning to their use of their leading edge sidepod vents (circled).

The idea of course is not only to cool the powerunit but to further utilize wasted airflow by energizing the sidepods top surface, increasing the airflows speed over the sidepod (Coanda effect).  The Gurney trim around the periphery of the engine covers outlet was retained in order to pull the airflow through, lowering temperatures.
Tagged
Newer Post Older Post