Williams arrived in Hungary having overtaken Ferrari in the constructors championship (in Germany) and wanting to keep the momentum going.  Their success this season has largely been down to a very efficient design, whilst Valtteri Bottas' talent has shone through too.  The team knew that Hungary is a very different challenge requiring as much downforce as can be found and so had a few new components to bridge the gap, as Red Bull would clearly be much quicker owing to the circuit characteristics (lower top speed and more conducive to downforce). 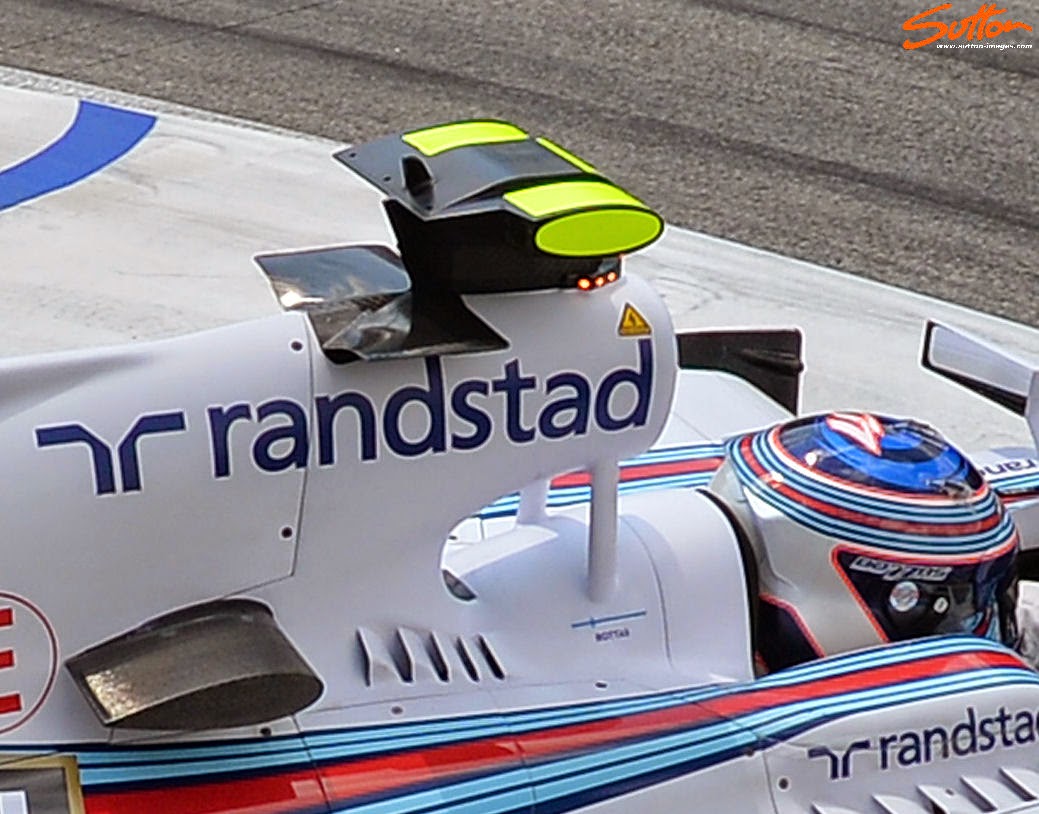 As we can see above, the team have introduced a small winglet that sits astride the roll hoop, something that Ferrari introduced early on in the season.  The idea of the winglet is to set up longitudinal vortices that not only disturb the rear wing, delaying separation, increasing downforce and reducing drag but also makes the wing work over a wider speed threshold and creating more balance in yaw. 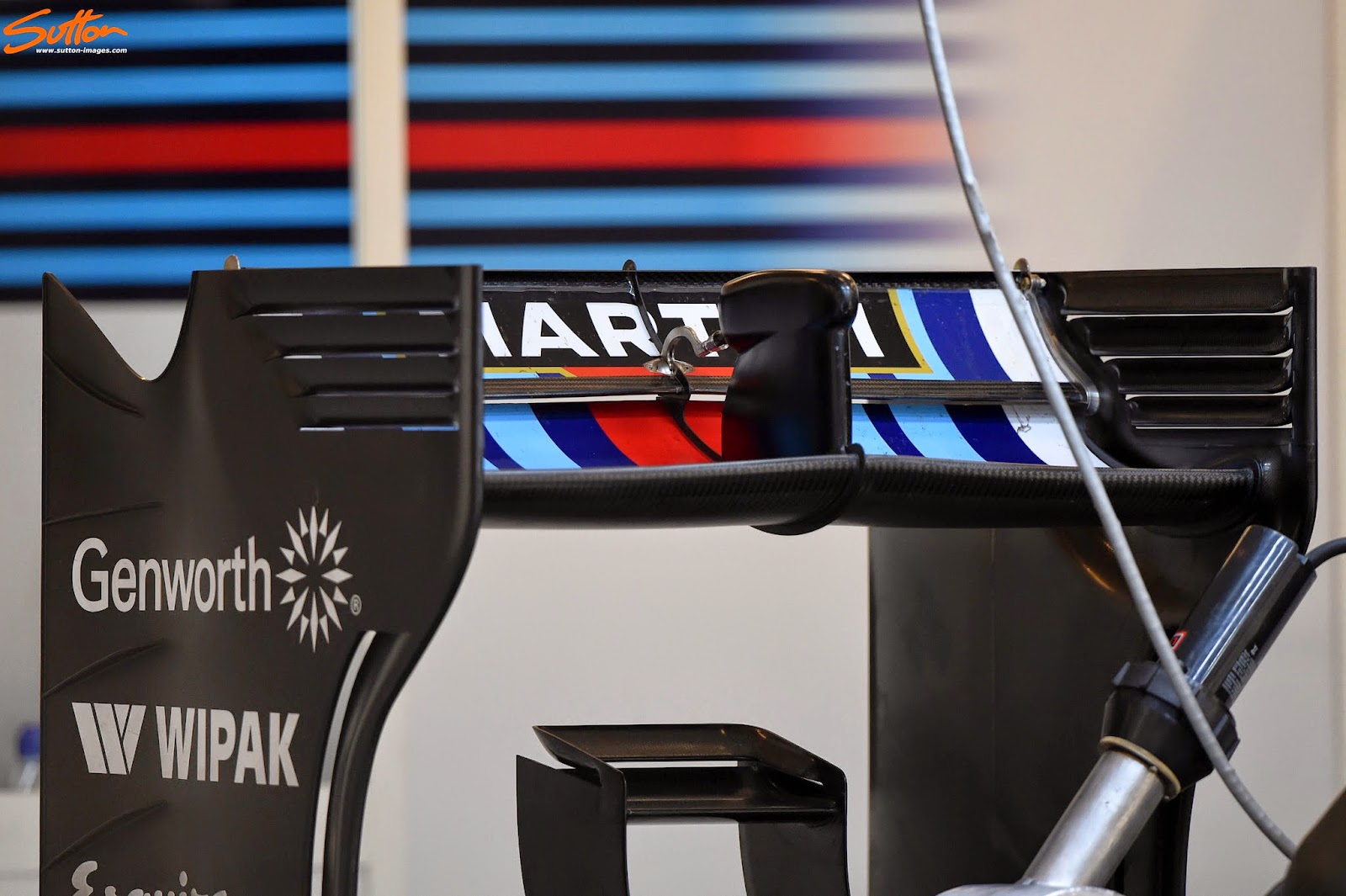