The FW36 has been a revelation this season with not only the switch from Renault to Mercedes for 2014 now seeming an inspired decision (most probably due to the Toto Wolff connection) but with the car proving to be exceptionally efficient.  Over the last few seasons Williams have struggled to keep up with the development of EBD (Exhaust Blown Diffusers) whether it be the original floor mounted ones with a lack of technical prowess from the Cosworth unit, or with Renault when trying to employ the 'Coanda' exhausts.  They not only struggled to model the phenomenon in CFD and the Wind Tunnel but also replicate any kind of consistent performance during GP weekends.

A return to none floor/diffuser exhaust driven regulations with the introduction of the centreline exhaust has re-invigorated the Grove based squad, whilst the arrival of Pat Symonds and a technical restructuring has also paid dividends.

With less exhaust influence the Williams team have thrived in a more aero efficient formula whilst making shrewd decisions on packaging and gear ratio selections, which are of course much heavily regulated this season.  Initially it seemed this could be their Achilles heel with short ratios meaning they are always visibly in top gear (8th) much quicker than other teams, however as the season has progressed and their knowledge of the suspension setup/engine mapping has matured the team have made significant strides.  Aerodynamically the team haven't been massively eager to affect widesweeping changes either instead opting for setup changes to suit each circuits characteristics.  (Lest we forget this is a team that have produced around 10 different front wings during each of the 12/13 seasons to try and affect performance with little to no performance step)

The teams most frequent changes have come in the form of cooling options with the team having used what we term a 'conventional' cooling funnel for some of the early season races, before returning to their lowline larger outlet with aspirator in China. 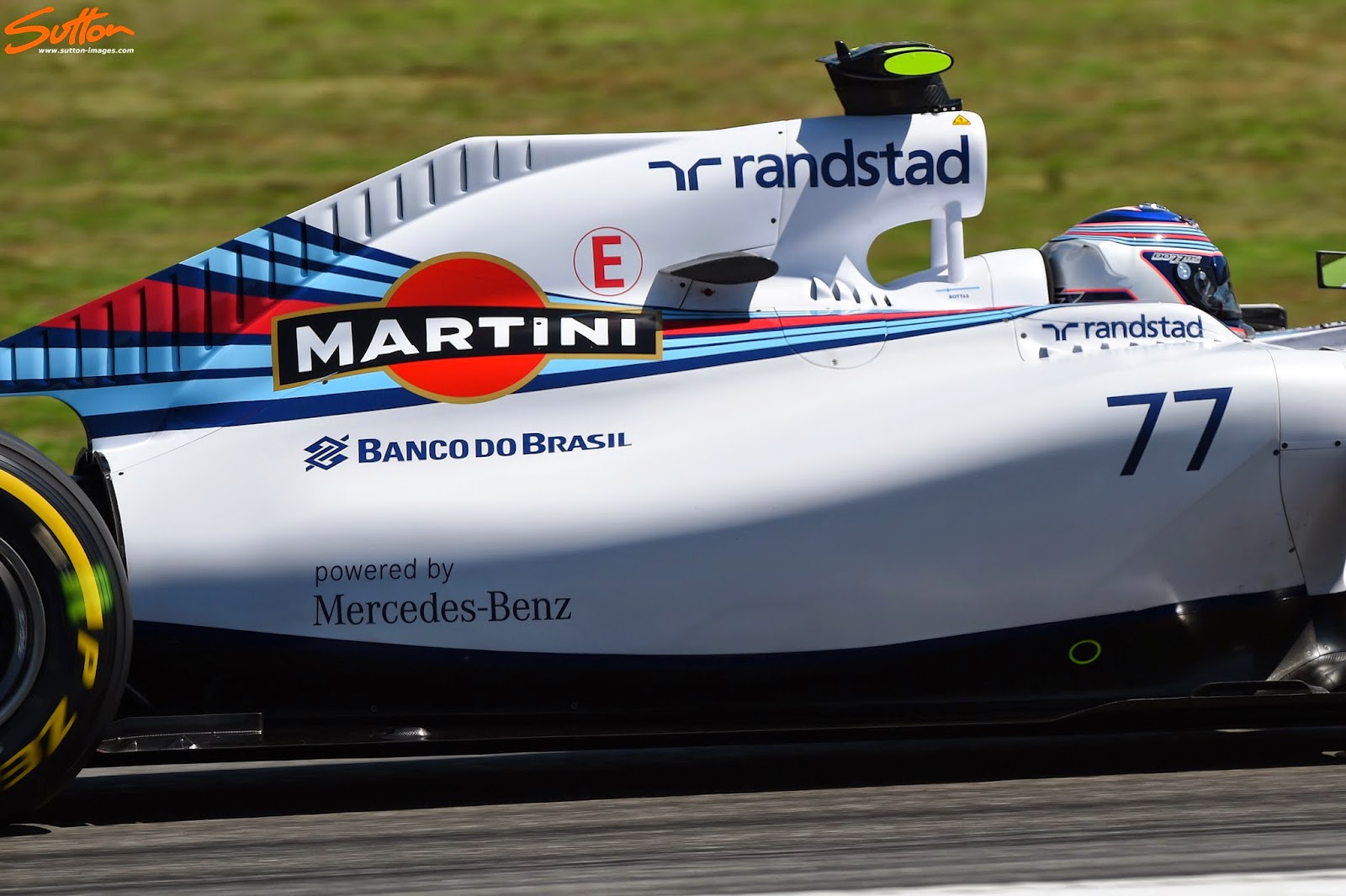 In Germany the team opted to race another iteration of the shark fin configuration, with additional cooling louvres placed along its length. (This had also been tested in China during Free Practice)  The team also added a small gurney trim around the periphery of the lower cooling outlet, that will have a negligible drag penalty, but increase the cars cooling capacity.
Tagged
Newer Post Older Post