Lotus have really struggled to realise the potential of the E22 this season with issues from the Renault power unit causing their fair share of these.  However a complex asymmetric design was also bound to be fraught with issues too and makes aerodynamic changes even more difficult. 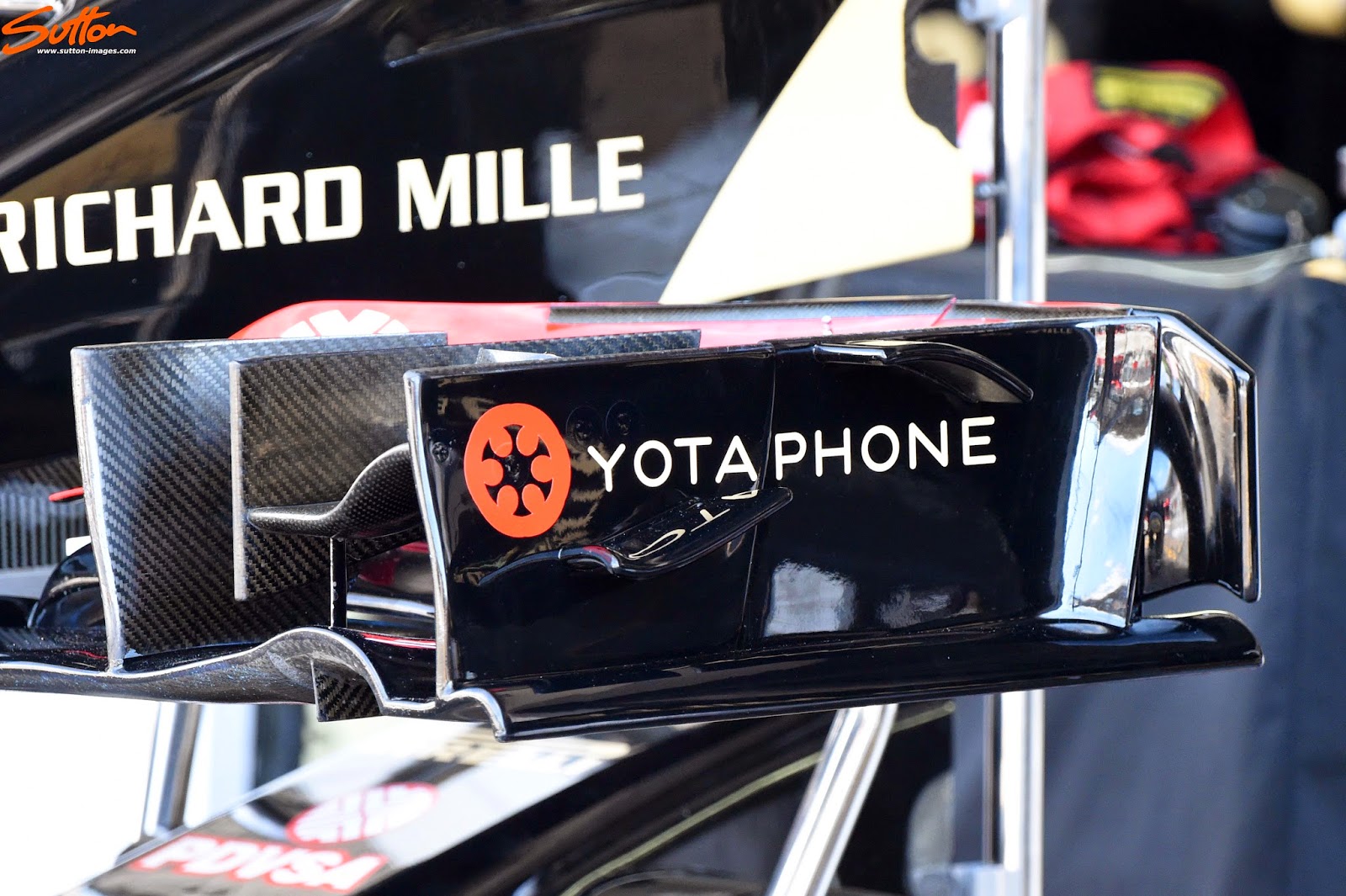 In Hockenheim the team arrived with a new front wing, looking to gain balance and performance.  The old wing above can be seen above whilst close images of the new wing are scarce, Giorgio Piola did manage to grab a shot of it in a similar orientation whilst it was in the garage (shown below) 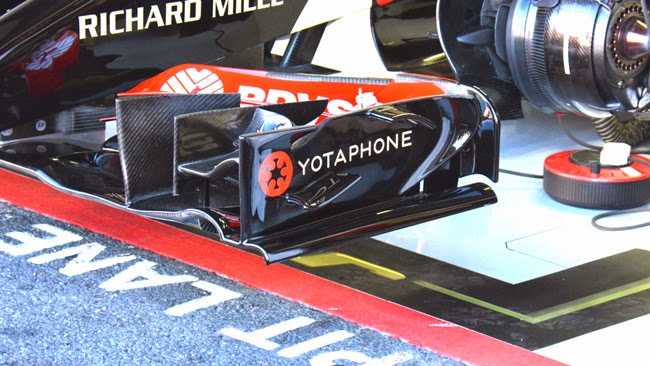 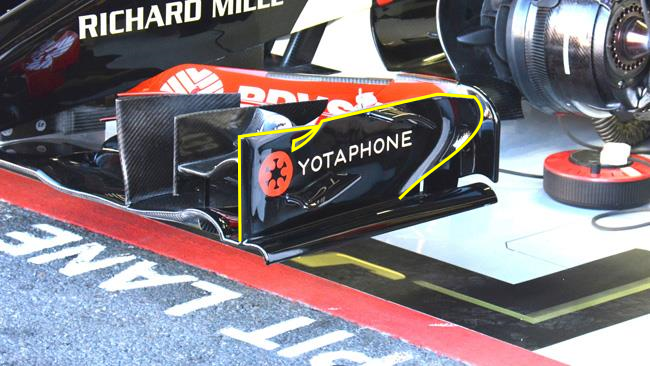 As we can see the changes may not seem widespread to begin with but they will certainly have an effect, the main change is the loss of the endplates leading edge slant, whilst a small section of the front/top edge of the endplate has been more outwardly turned than the rest of it.  This is something we have seen Enstone do before with the E21's wing featuring a similar design during 2013.  The positioning of the outwardly turned section also coincides with the cascades position and will help to pull outwardly on it's flow regime.

Meanwhile at the rear of the Endplate the bottom section has been removed, allowing airflow to traverse from the flapped region across the footplate.  Of course both changes have been made to entice the airflow around the front tyre, creating a stronger flow structure that can impact the tyres wake, increasing the floor/diffusers performance. 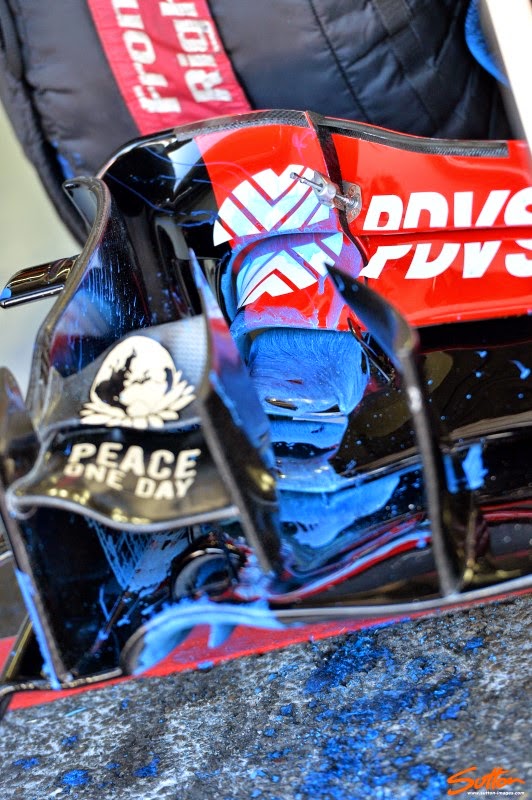 The new configuration was tested by both drivers throughout Free Practice but only Pastor used it for qualifying and the race (below).  As we can see above the team ran flo-viz on the wing during Free Practice to correlate its credentials. 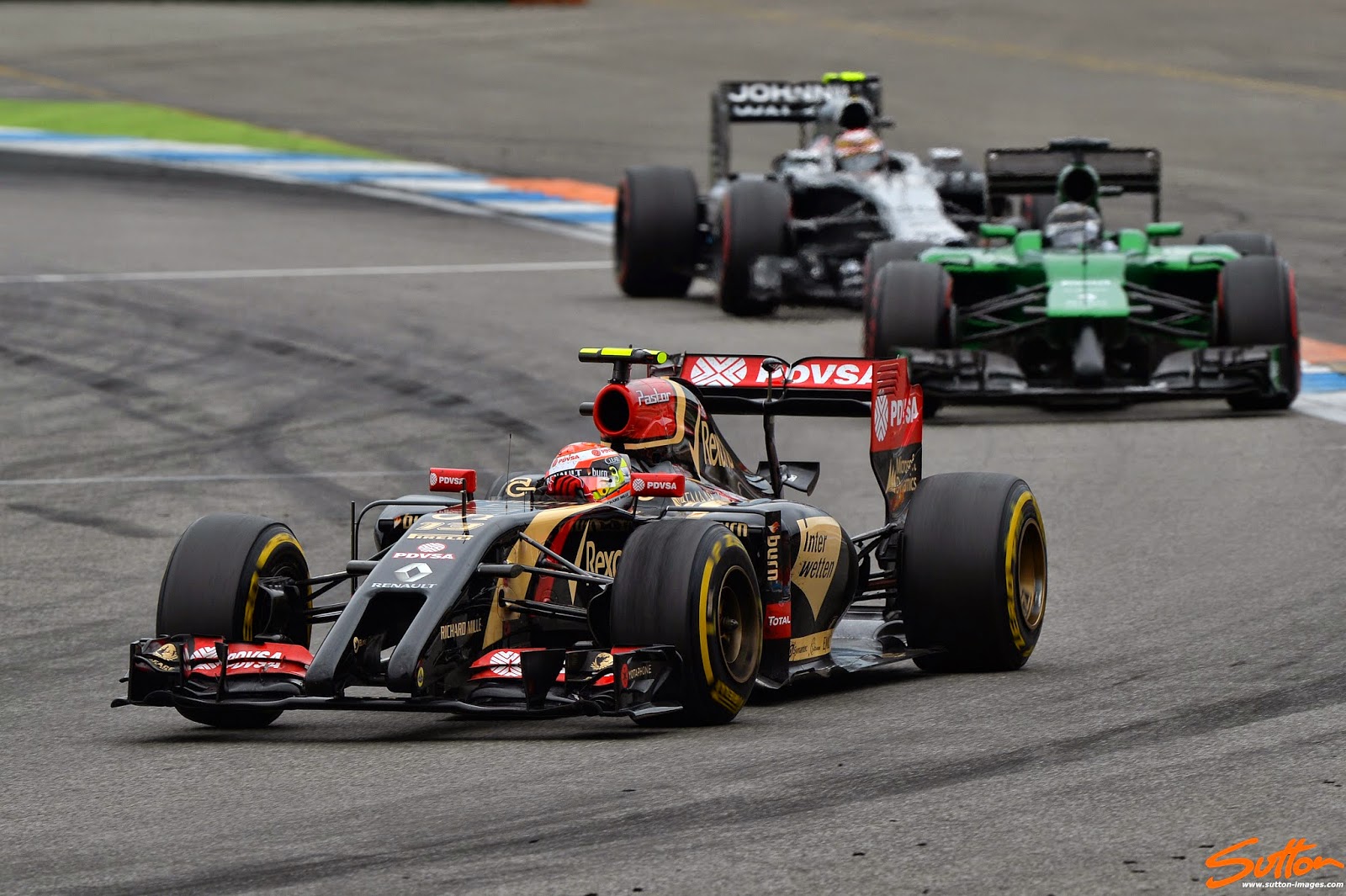