The first race after the summer break always provides us with the opportunity to see new parts on the cars, especially as Spa is quite a unique challenge.  Long straights combined with a tricky second sector demands a compromise between drag reduction and downforce. 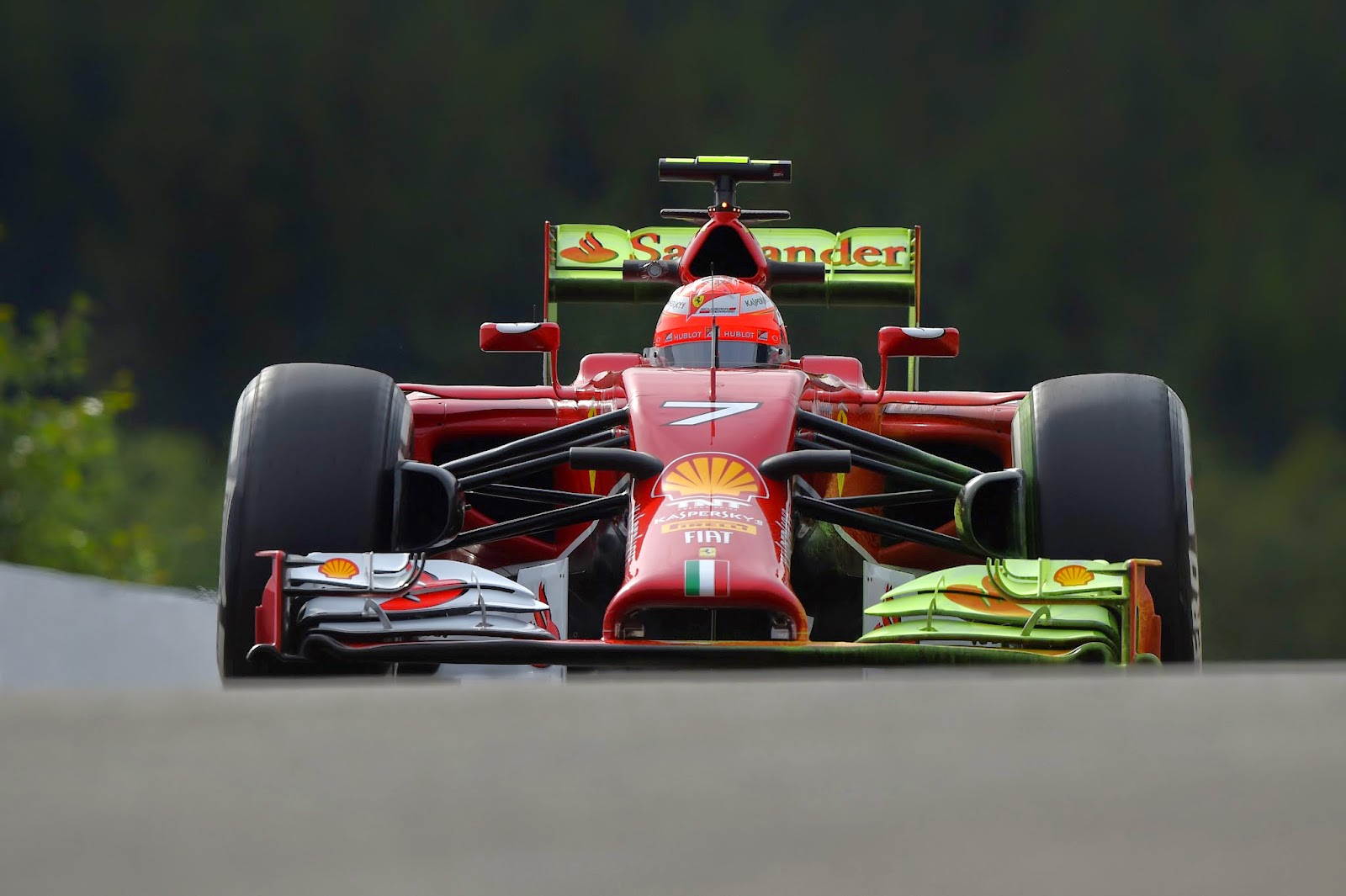 Ferrari have arrived in Spa with several Front Wing configurations to test ahead of qualifying, all of which will have different direct and downstream effects.  The first of which has featured for several races now but has the upper flap cut down considerably at the adjusters end.  This is done to reduce drag at higher speeds but will come at the cost of downforce at low speed, perhaps inducing a little understeer. 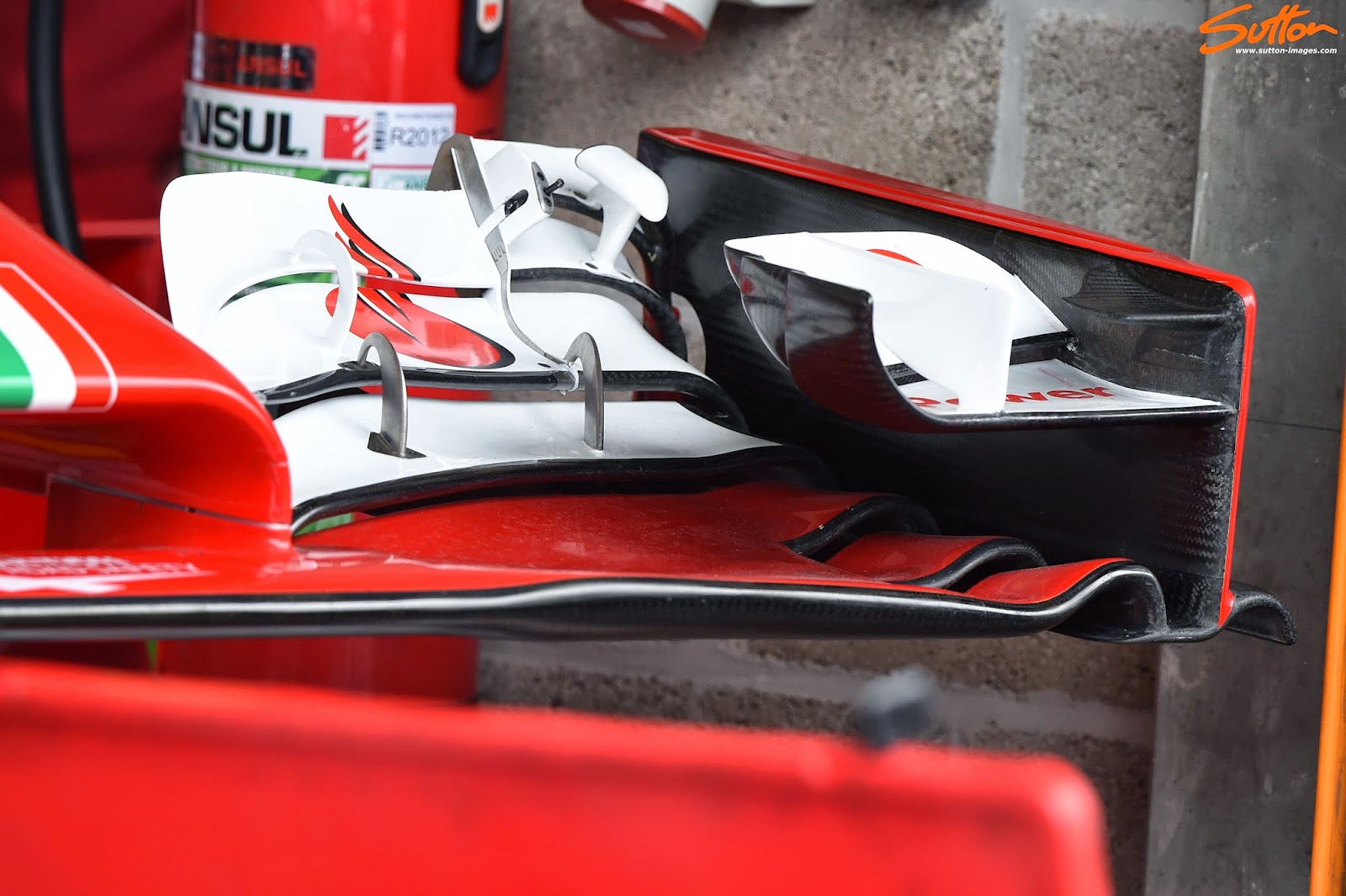 The second is wing more specifically keyed at low downforce circuits, meaning it was only be tested in Spa ahead of the lower downforce configuration required for Monza.  The cascade element that is ordinarily used to direct airflow up and around the front tyre is replaced by two vertical fins, these two are used for a similar purpose but their effect will be reduced.  Again this is a response to the need for less drag over these next few races. 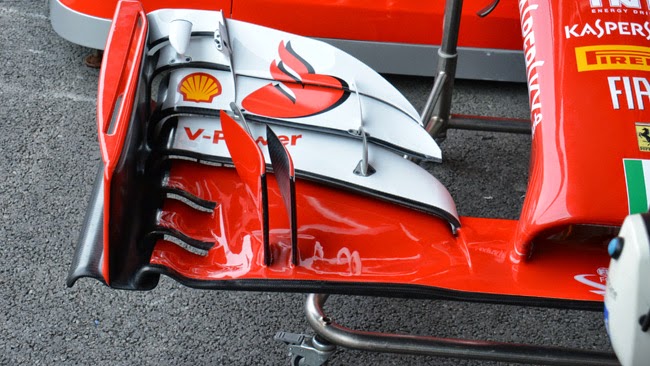 Above: This image is from Piola/Omnicorse