Having made their largest upgrades in Austria with a few straggling through for the Silverstone weekend Force India have another change this weekend which will impact those that went ahead of it. 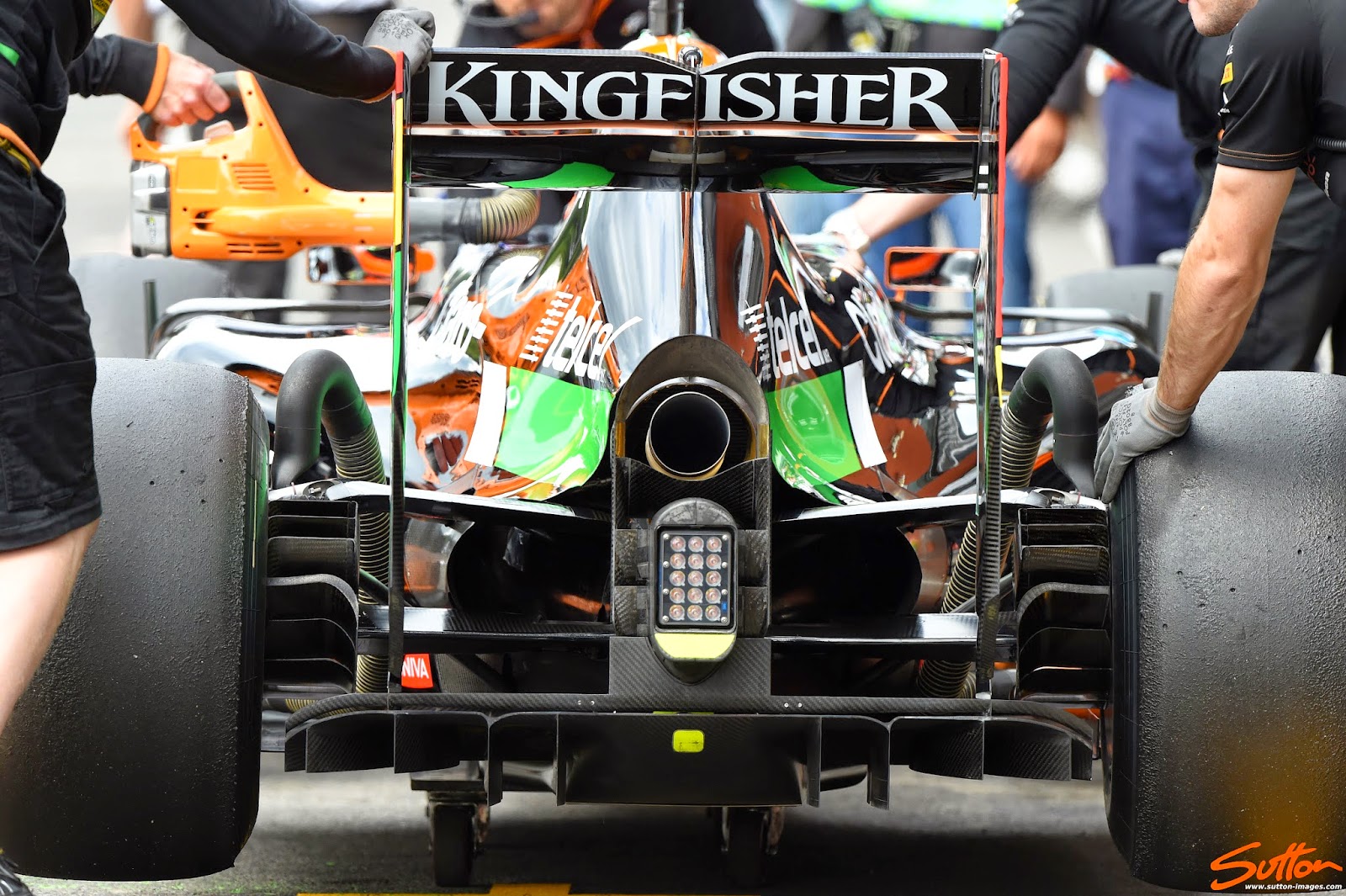 The Y100 Winglet or Monkey Seat as we know it is an area that is constantly under scrutiny by the teams as any changes to the exhaust, rear wing, diffuser etc require minor alterations to it in order to extract the best performance. 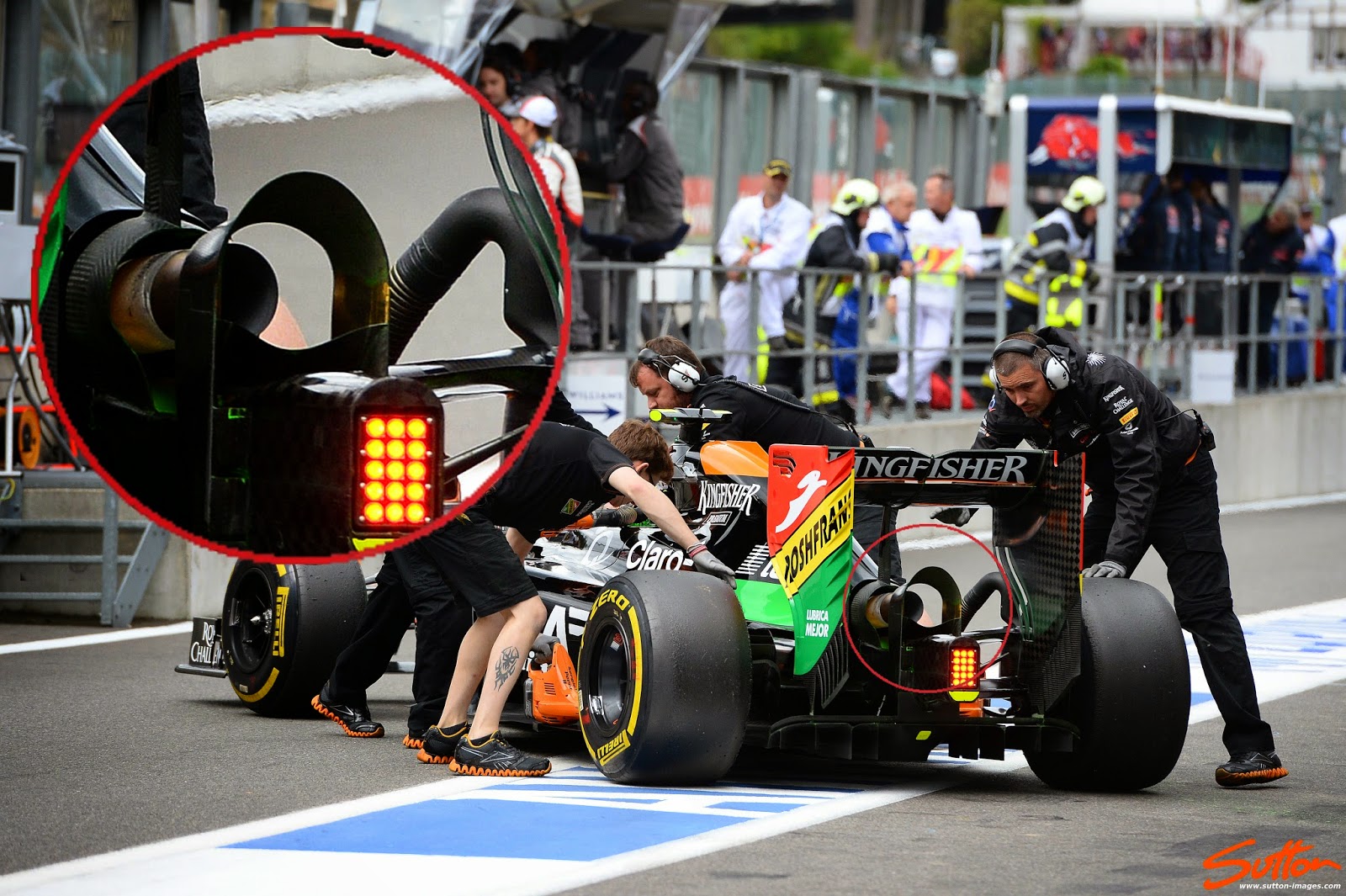 Their new winglet is extremely reminiscent of the one used by Lotus in 2013 as they continued to assess the merits of their DRD (Drag Reduction Device), just as I talked about back then the curved winglet acts as a mini diffuser (venturi) expanding the airflow passing by it.  In the case of Force India we can see that ahead of the winglet the team have shaped their exhaust surround/pylon to create an inverted nozzle (when compared to the winglet).  These two components work in conjunction with the exhaust to pull airflow through and over the engine cover/sidepod bodywork.