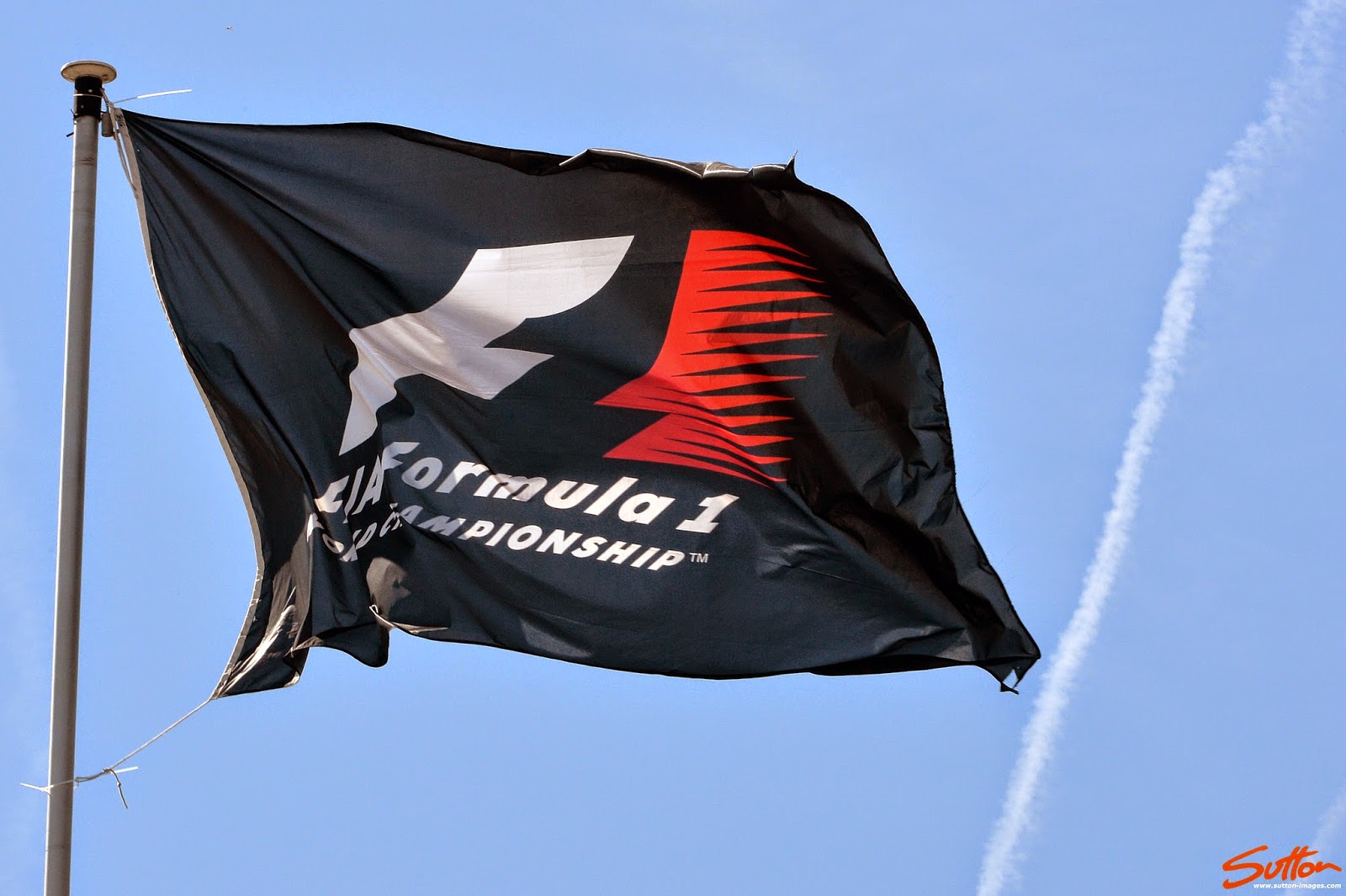 This isn't a look at the state of affairs in F1 (that's coming up in another article over the summer break instead). Instead it's a look at the ever evolving calendar that Formula One keeps.

With two new signings in recent weeks and two venues languishing on the subs bench holding current contracts, I thought it worth a look at where Formula One will be visiting for the next few seasons.

Having played host to Formula One since 1996, replacing Adelaide, it's promoters have often crossed swords with Bernie/FOM over hosting fees and advertising rights.  Their contract was due to expire in 2015 and although Ron Walker has crossed swords with Bernie over the noise of the new powerunits a renewal has been agreed that will see Melbourne retained on the calendar until 2020.

Sepang has played host to Formula One since 1999 and was really on the cutting edge of the sports move into new markets. Sepang was also Herman Tilke's first foray into a full Formula One designated circuit design.  The German having already redesigned the Osterreichring in 1995 (then dubbed the A1 ring) set his sights high, trying to assimilate the local topography whilst designing a striking grandstand that echoes the culture of the region.  The circuits current contract expires in 2015 but a new one should be a mere formality, Bernie recently stipulated as much, citing a lick of paint as what they needed to do.  The race fee is funded by the Malaysian government with state owned Petronas having been used as a sponsor for the event since its inception.

Another of the Tilke designed circuits it's been part of the calendar since 2004 and often criticized for its continued placement on the calender due to civil unrest (something that stopped F1 visiting there in 2012).  Formula One and more specifically FOM has always highlighted the fact that the sport will not be used as a vehicle to push political agendas, with the safety of personnel their only concern.  It's still questionable that hosting an event under such circumstances isn't a clear signal of whom they support, however as always money is more often or not the motivator for an event to appear on the calendar.  Bahrain currently hold their contract until 2016 but a 5 year extension is already on the table should both parties wish to continue.

Debuting in 2004 (the same year as Bahrain) the Chinese GP initially ran in tandem with the Japanese GP and was even used as the season closer in 2005.  The circuit another designed by Tilke has produced very few memorable races and now finds itself placed much earlier in the season.  A contract is in place until 2017.

Barring an absence between 1982-1985 the Spanish GP has been one of the longest serving venues for Formula One, albeit with several circuits hosting the event.  Formula One has been visiting the Circuit de Catalunya since 1991 making it a place that both the drivers and teams know well.  On top of this the teams have used the circuit to test at for some time as it offers a wide ranging topography, long straights and array of complex corners.  Racing at the circuit is therefore always a little tiresome, with the teams and drivers fully aware of every square inch of the place.  A contract is in place until 2016 and will likely be renewed as Jerez and the Valencia street circuit are currently the only real viable options to replace it, with the latter already removed from the calender when it couldn't afford its hosting fees.

The jewel in the crown as it's often described is not perhaps as glamorous as it used to be but is still as challenging for the drivers.  The event holds a contract until 2020 but can virtually write its own, with its presence as synonymous to Formula One as Ferrari.

Having successfully negotiated a new contract this season the Circuit du Gilles Villeneuve retains its place on the calender until 2024, firmly keeping a foothold in the North American region

The circuit has a checkered history in F1 having previously been known as the Osterreichring (1970-1987)
and A1 ring (1997-2003) whilst the purchasing of the circuit by Red Bull clearly meant that at some point the brand would look to host it's own race.  This year saw the return to a circuit that'll remain on the calendar until 2021.

As we all know Silverstone nearly lost its place on the calendar several years ago with Donnington emerging as a candidate for its position.  Donnington never came to fruition and so Silverstone were able to negotiate a new deal, whilst spending a considerable sum on new facilities to appease Bernie.  Their contract runs until 2020 with a price escalator making it both more expensive to the circuit and fans each year.  An option to extend the contract for a further 7 years is also on the table with preferable rates pre-written into the deal.

Germany - alternating between Hockenheim and Nurburgring

With both Hockenheim and Nurburgring wanting to hold Grand Prix's they've been hosting on an alternating basis since 2007 in an agreement that currently runs until 2018. However it appears that Nurburgring has been trying to negotiate it's own contract of late which could see Hockenheim return under the guise as the European/Luxembourg GP as it has run in the past.

A firm fan favourite, Spa's long sweeping track nestled in the Ardennes forest offers a high speed challenge enjoyed by both the drivers and teams.  The venues current contract is one on the danger list though with expiration looming in 2015.

The Italian GP is an important foothold with one of the sports most recognizable teams - Ferrari, from the European country.  Word on the street suggests Bernie is unhappy with the facilities at Monza and is requesting they make some improvements ahead any new contract negotiations, with their contract due to expire in 2016.

Formula One's night race has become the modern jewel in its crown, the backdrop for many deals much like Monaco used to be the circuit that deals were concluded in.  It's night race status obviously gives it plenty of allure which in reality it needs as the race itself is often a little bore-some.   The venue currently holds a contract through until 2017 but I so no reason why FOM won't renew it's contract.

The Japanese GP is a cornerstone of the calendar and although it has spent some time at the Fuji speedway the economic downturn and withdrawal of Toyota led to Suzuka (owned by Honda) retaining the slot.  Suzuka have a contract through until 2018.

Formula One will race in Sochi for the first time this season finally realising plans that Russia have had to hold a race for decades.  The race has a contract through until 2020 with a 5 year extension option.

Perhaps the best of the Hermann Tilke designed circuits, it offers high and low speed corners, undulation and a couple of high speed straights.  Putting America back on the Formula One map was essential, especially given the way it whimpered out in Indianapolis.  Austin has a place on the calendar until 2020.

Another firm fan favourite and the scene of plenty of titanic battles up and down the years now has a contract through until 2020 with a new pit complex on the agenda.

Another Tilke designed circuit often criticized due to it's lack of undulation has recently renewed its contract through until 2021.


At 19 races long the calender almost finds itself at capacity with a unanimous vote from the teams needed to elevate the calender above the 20 race threshold.  Taking this into account the inclusion of a Tilke redesigned Hermanos Rodriguez Circuit in Mexico from 2015, takes the calender to full capacity. Disturbingly though the announcement that Baku, Azerbaijan will host a GP from 2016 means either Spa or Sepang (less disturbingly) isn't being renewed, or the calendar must expand.

Meanwhile the Indian GP and New Jersey (US) still have contracts in place, with Bernie already stating that New Jersey cannot host a GP now until at least 2016, meaning both Spa and Sepang would be on the chopping block to accommodate it.  The Indian GP's contract expires in 2016, with it unlikely to see a renewal based on the governments taxation stance, saying F1 is entertainment rather than a sport.

The Formula One calendar is based squarely on the economics rather than anything else, with those willing to pay larger race hosting fees taking precedence over what could offer the sport a more rounded product. I've often wondered what a regional race split could create in terms of marketing, whilst also creating 3 additional championships (I've listed below the current contracted countries that could form these, along with some additional countries/circuits that could rotate or be added):

You might argue that most of those are on the calendar so why split the championship up into three, granted it would be more complex in terms of allocating race slots thinking of the weather etc but logistically it should make life much easier.  Sponsorship could then be sold on a regional basis, helping some of the smaller teams.  Meanwhile operating regionally should allow the sport to further increase it's fanbase in the area.  With the calendar effectively stagnant over the next few years (bar a unanimous agreement to increase the amount of races), regionalising the event could add fresh vigor to the sport.