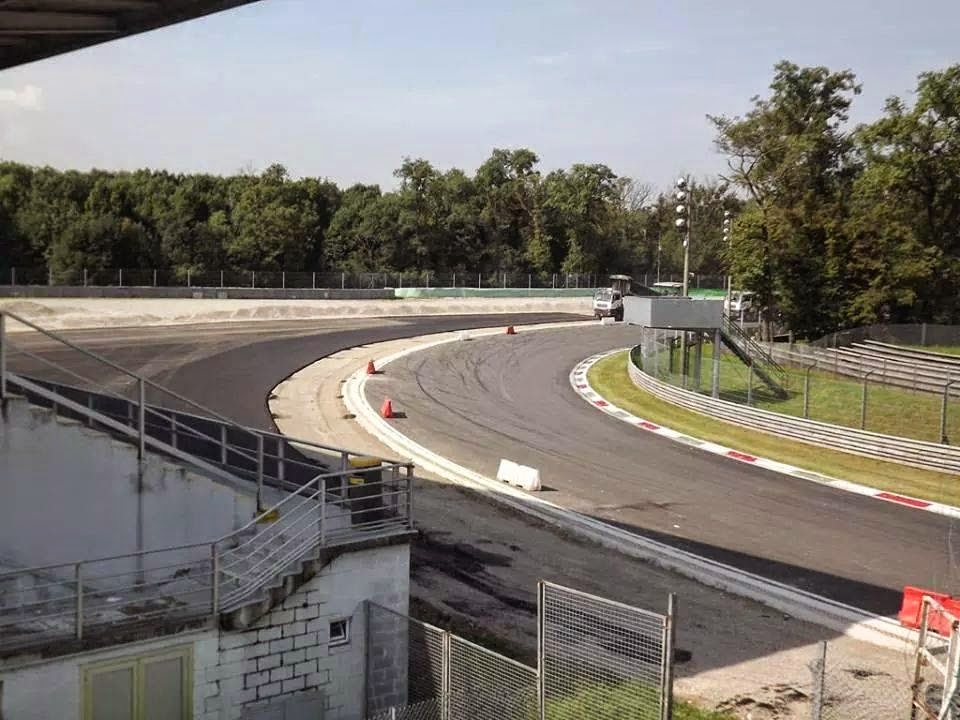 Outrage has swept across social media over the last few days as fans witnessed images showing changes at Monza's Parabolica.  As usual a lack of information presented by the FIA or the circuit led to many deriding what is essentially a change made to aid safety.

Monza is one of the classic European tracks still visited by Formula One that most would say hasn't been neutered, with changes made to Spa in recent seasons bringing it inline with some of the 'Tilkedromes', providing tarmac run off area's rather than gravel.

As always the eternal optomist in me sees what is being done here, yes the purist in me still thinks that is a change really needed? but on the face of it, it won't actually change too much, providing a safer environment not only for F1 but other racing classes too.  Gravel is still retained on the periphery of the corner with only the first 20metres beyond the tracks limits resurfaced (below) 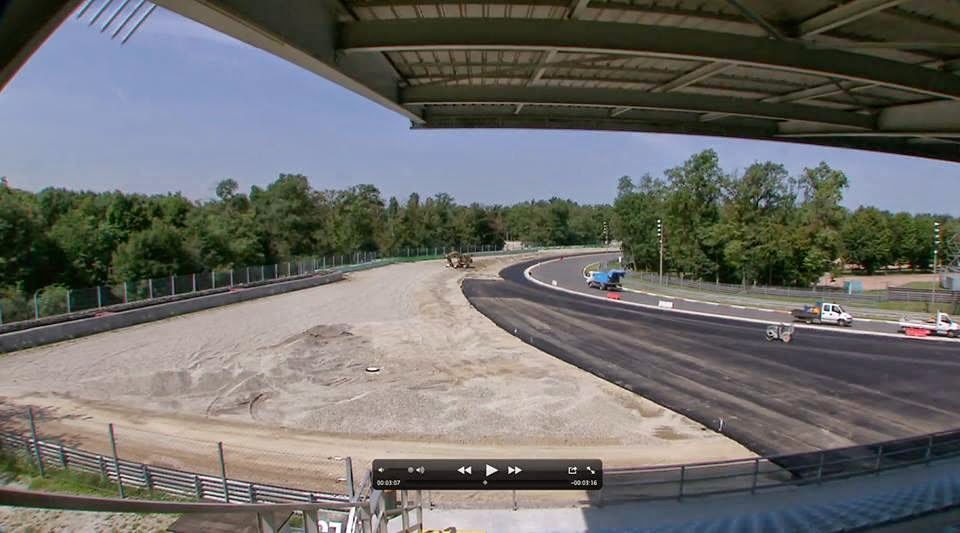 Gravel is something we are used to seeing at the more 'classic' venues but from a safety standpoint means that vehicles invariably dig in and can flip, furthermore 'beaching' means that removal of the vehicle must be done by the marshalls, prompting either a safety car or double waved yellows.  Running wide in Parabolica with the changes will not always end someones race now but on the same token it won't make for a faster lap time.  I know you all want to see drivers punished for their mistakes BUT we must consider the safety implications. 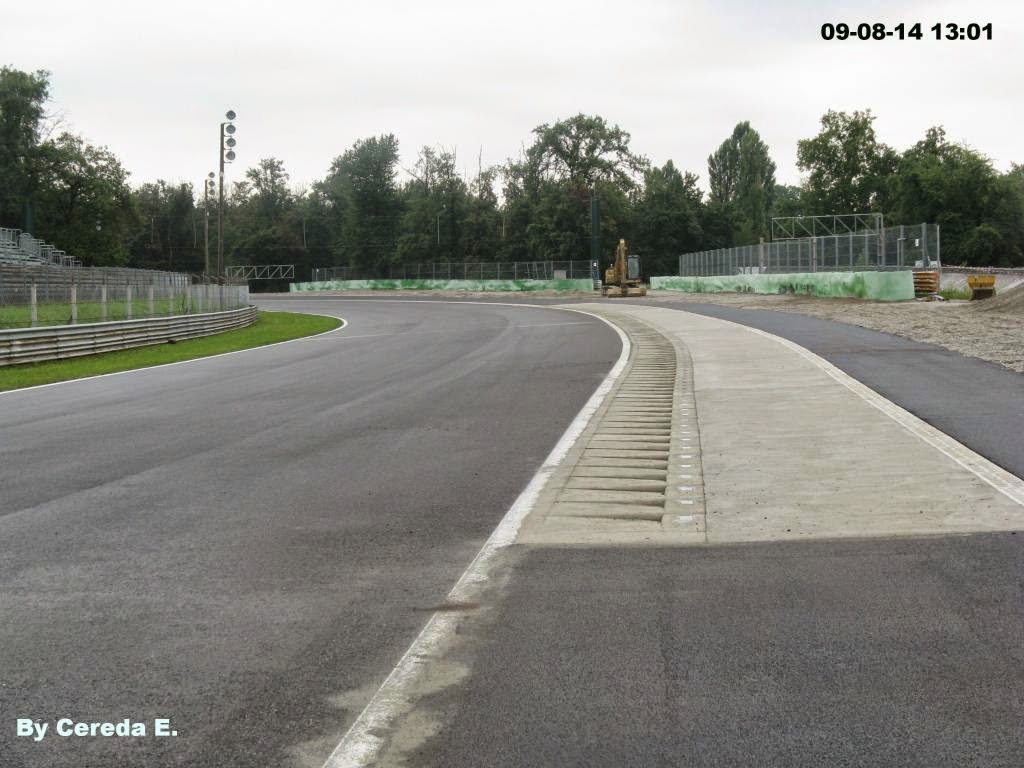 The only place that could have resulted in a lap time gain with the new layout is over stepping the track limits out of Parabolica onto the pit straight.  However take a look at the rumble strips in that area (above), that wouldn't be pleasurable to run over and would likely result in damage if done too often.  However that won't stop the drivers re-ascertaining the image in their mind of the limits throughout Free Practice though I'm sure.

I'd also suggest that the tarmac won't be left bare and a low grip paint will be applied, making a trip onto it entertaining for the drivers, slowing them down somewhat. 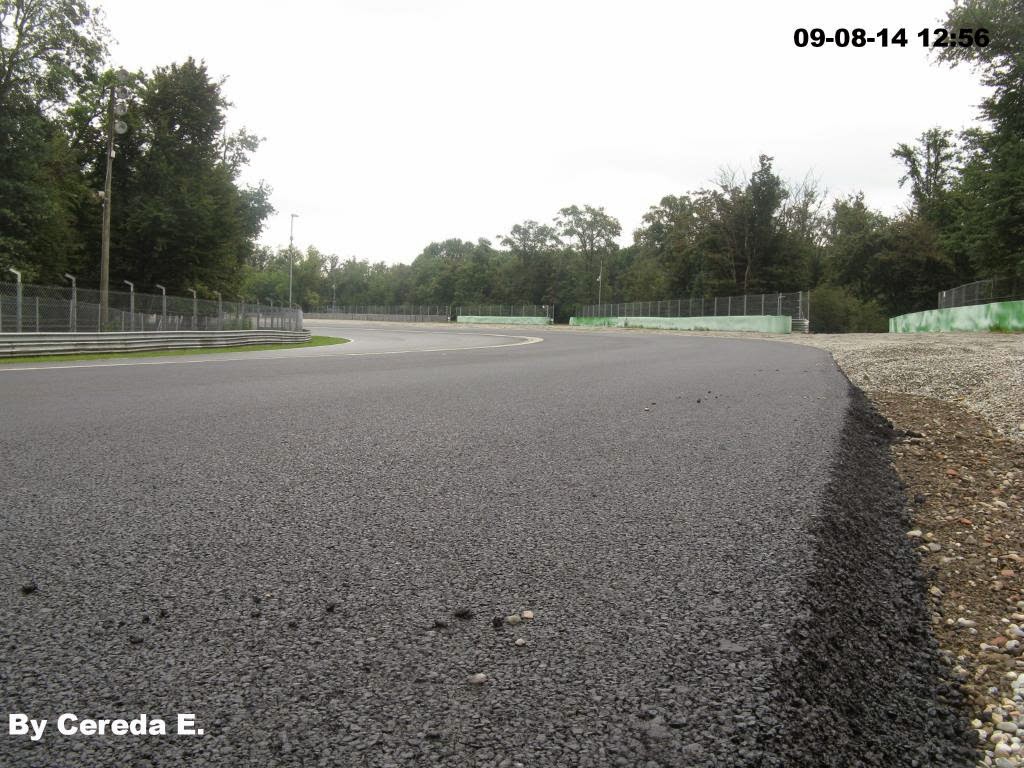 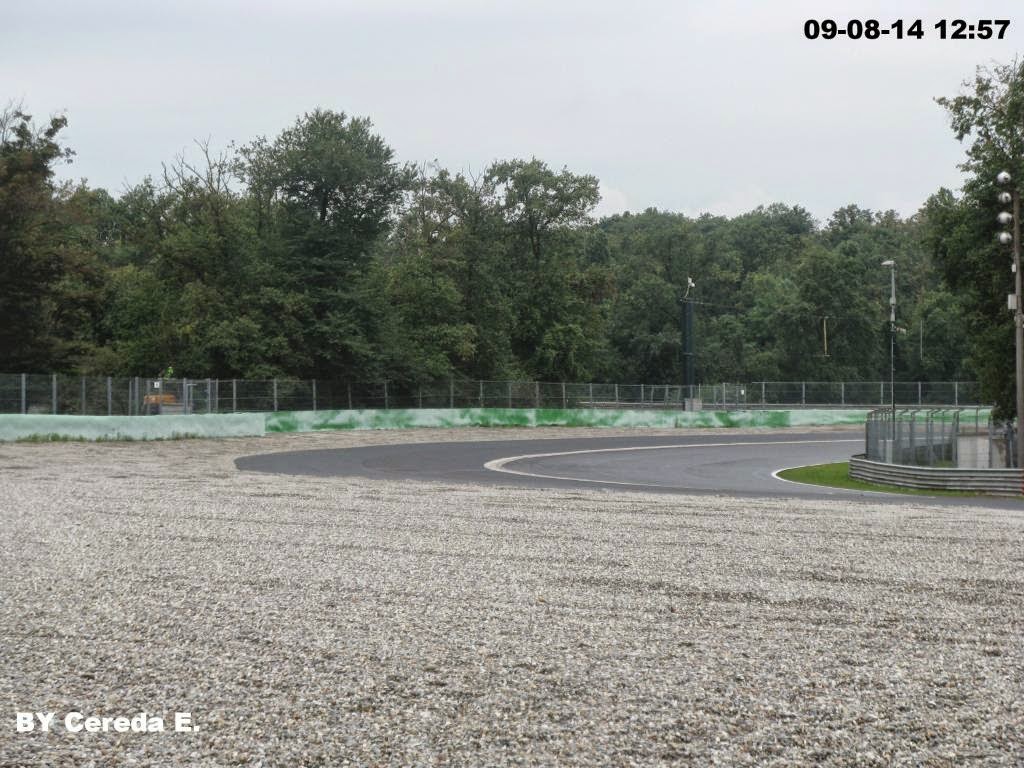 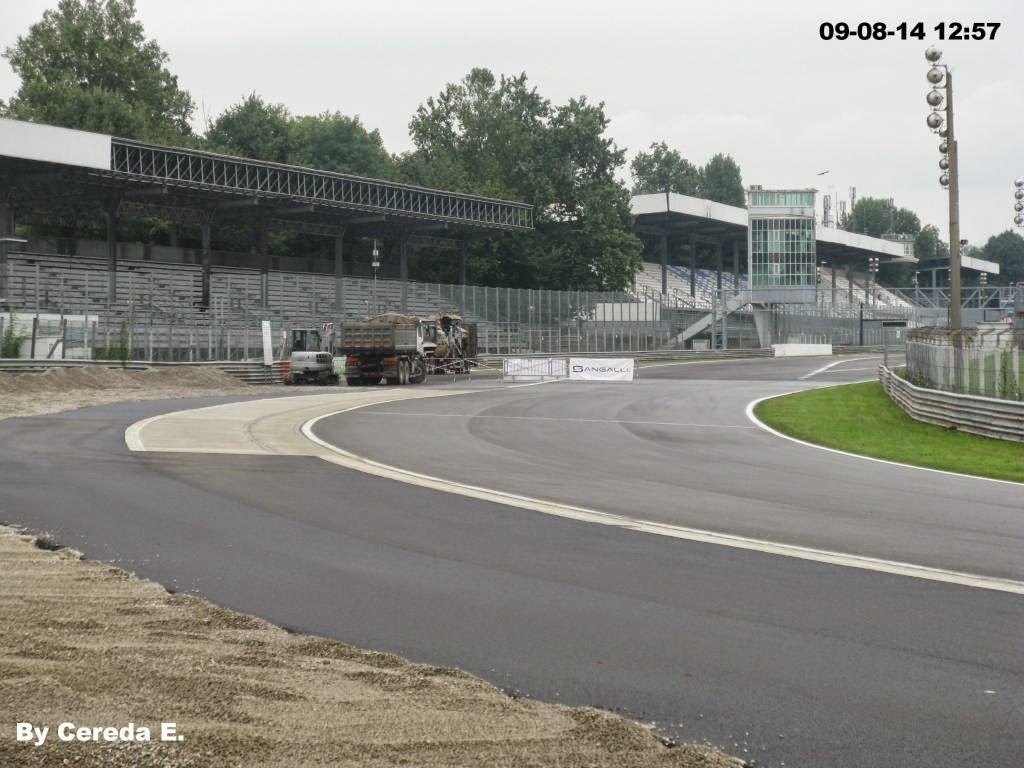 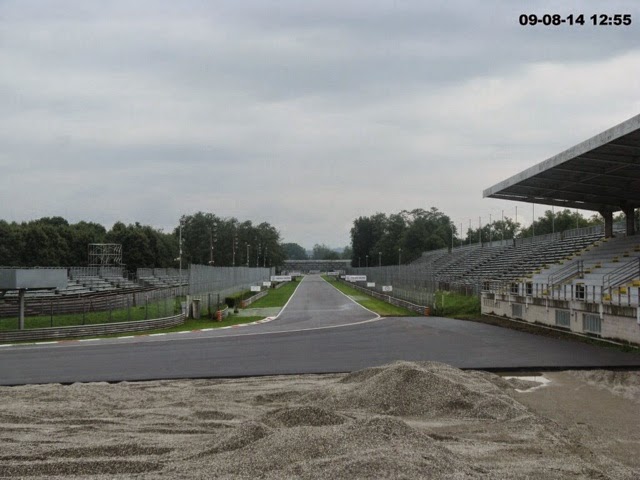 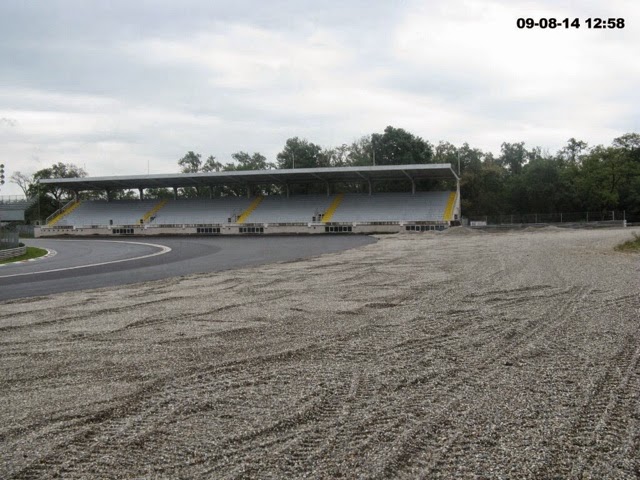 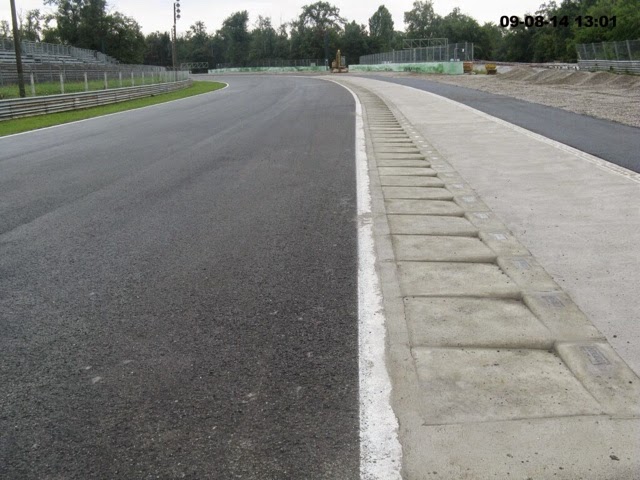