Ferrari continue to try and hold onto the coat-tails of Mercedes and Red Bull, utilising a cascade-less front wing in Monza (tested in Spa) that looks to minimise drag. Nearly 70% of the lap of Monza is spent at full throttle and so Ferrari are clearly giving up some of their potential downforce in order to reduce drag. 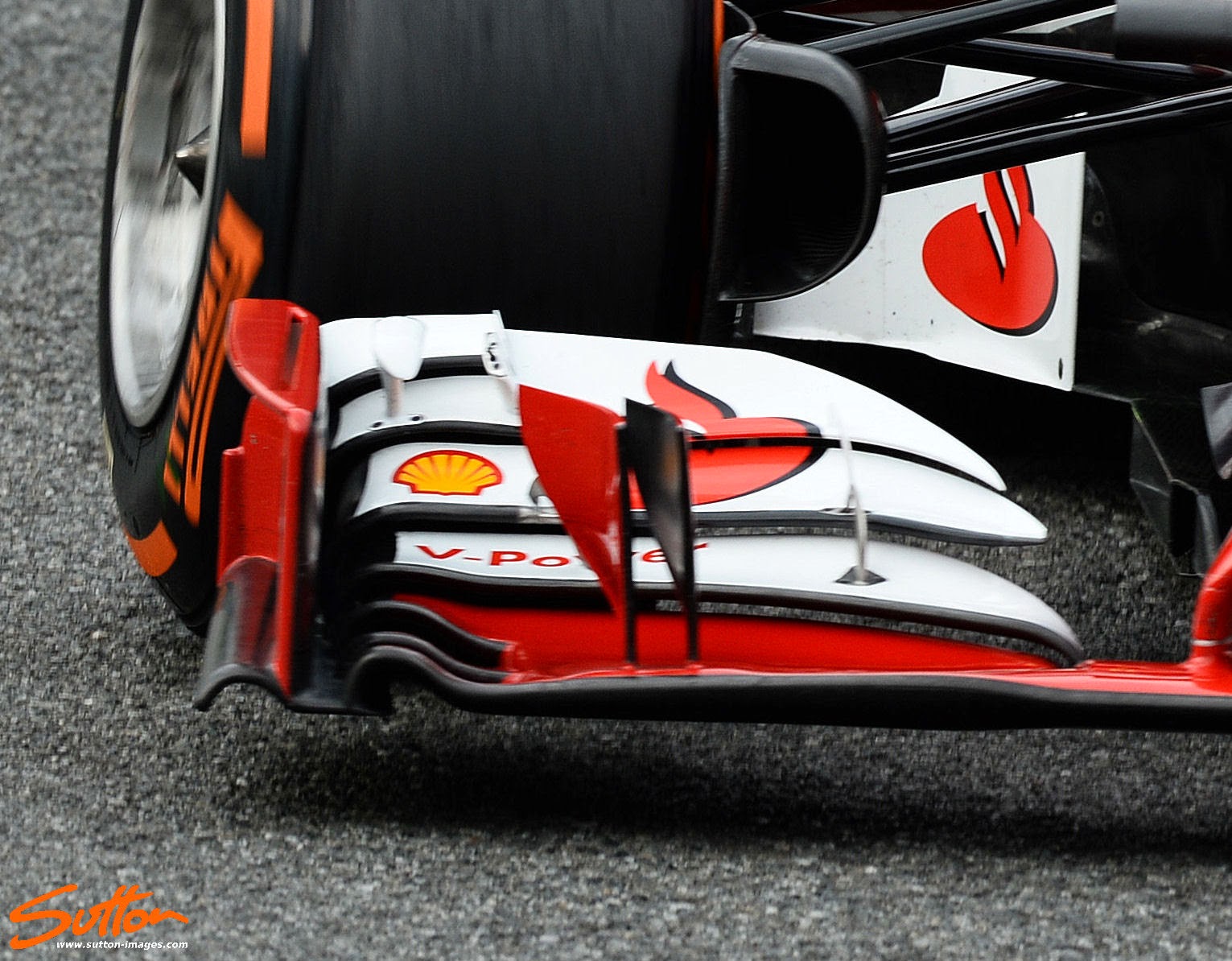 Gone are the cascades that are normally placed on the outer section of the wing and are used to shape the airflow that is dispatched by the front tyres.  The manipulation of this airflow leads to an increase in drag and so at a circuit that demands a higher top speed the team make sacrifices.  That's not to say they aren't still looking to manipulate the airflow around the front tyres, with two vertical vanes replacing the cascades, creating vortices that turn the flow outward.
Tagged
Newer Post Older Post