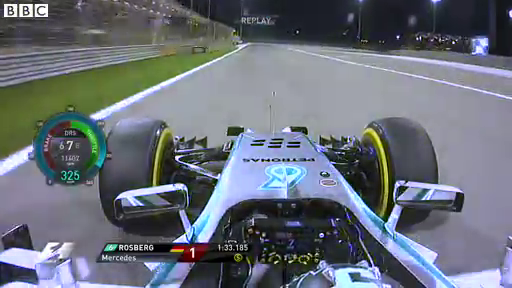 If you've been hiding under a rock this season you won't have realised that Mercedes have barely used their 8th gear.  Unlike previous seasons the 2014 regulations only permit ratio's to be changed once in a season (a joker as we refer to it) in order to save costs.  Mercedes were the only team to run an exceptionally long 8th gear, meaning that their drivers rarely used 8th, and in all honesty its effectiveness would be stifled by a large power drop off when it was used anyway.  The idea of course was to spread the immense torque generated by the 2014 powerunits, reducing the chance of wheelspin whilst retaining the optimum gears througout the corners.

In the last few races other teams have played their own jokers, having had time to maximise the powerunit to their chassis package, and in keeping with the circuit characteristics remaining this season.  With this in mind both Mercedes drivers played their joker this weekend in Singapore (below an excerpt from document no4) to bring them inline with their rivals, whilst looking to improve their own performance.

Furthermore in the document we can see that the team broke the seal on the powerunit to replace the driveline for the MGU-K.  This is not particularly newsworthy as teams do this from time to time (all Mercedes powered cars did so in Singapore) but I'd suggest the change in the works teams case was made inline with their gear ratio change.  The reason being is that the MGU-K is geared, allowing for a smaller more efficient unit, changes in the gear ratios however will also mean that the MGU-K will be harvesting and dispensing energy at different rates than usual.  Mercedes AMG HPP therefore may have been working with the team on this change and decided to beef something up for reliabilty whilst playing their joker, but also offer the new solution to their customers too.