Williams have been quietly going about their business this season, the FW36 not smattered with updates at every GP as an attempt to increase performance.  I'd like to classify their development as economic, finding performance from their base setup at each GP, whilst smaller updates bridge the gap.  The team arrived in Singapore knowing that teams like Red Bull would take a demonstrable leap ahead of them owing to their more downforce laden chassis.  Finding performance therefore for Williams has come from the team trying different approaches with their brake ducts, which of course will not only affect temperatures directly but also change how the tyre phases on longer stints. 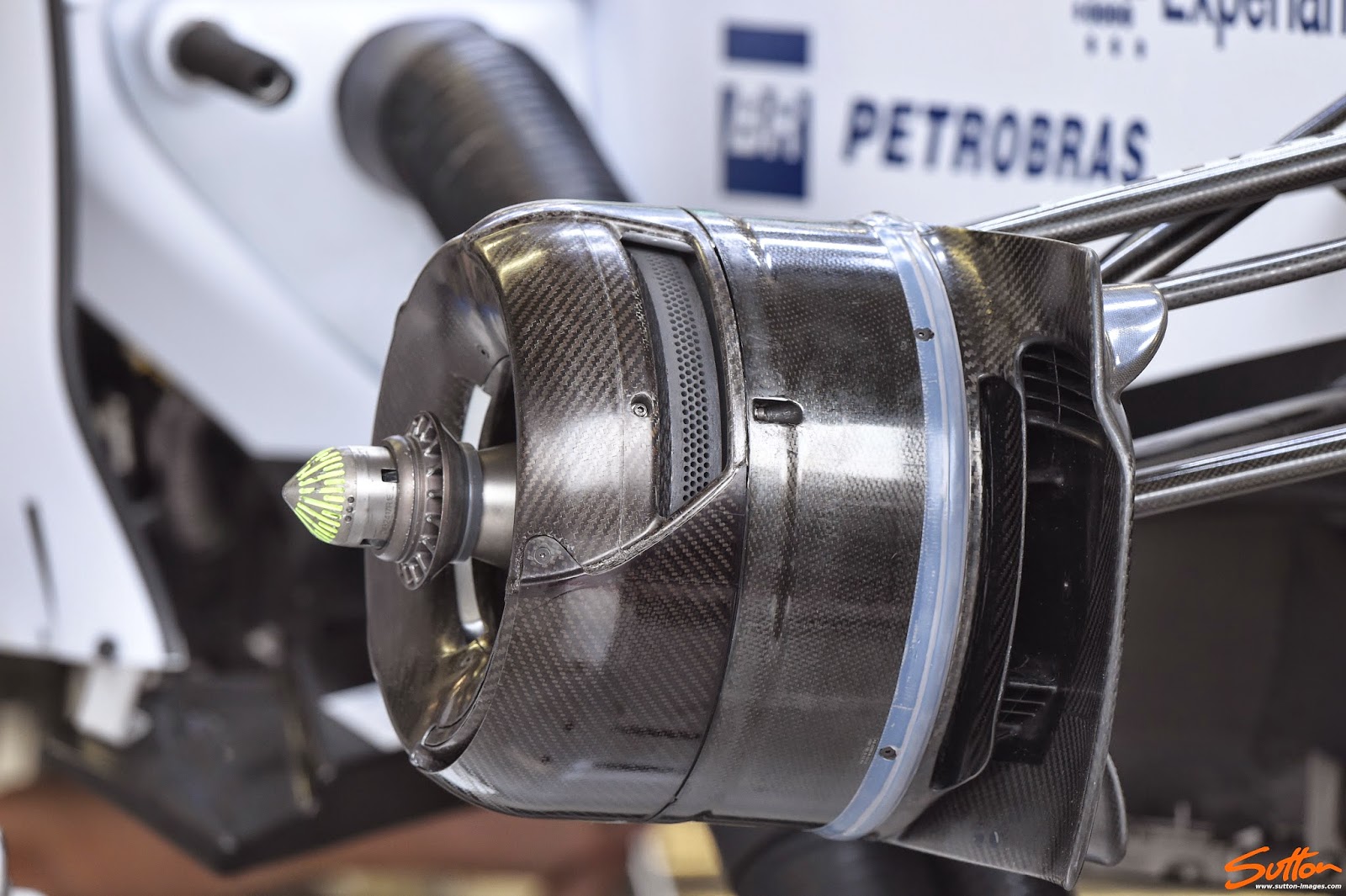 At the front of the car the team arrived with an enclosed caketin arrangement (above), whereas the team have run with an open arrangement prior to this (below), with just a crossover duct moving airflow from the scoop and blowing it out through the wheel. 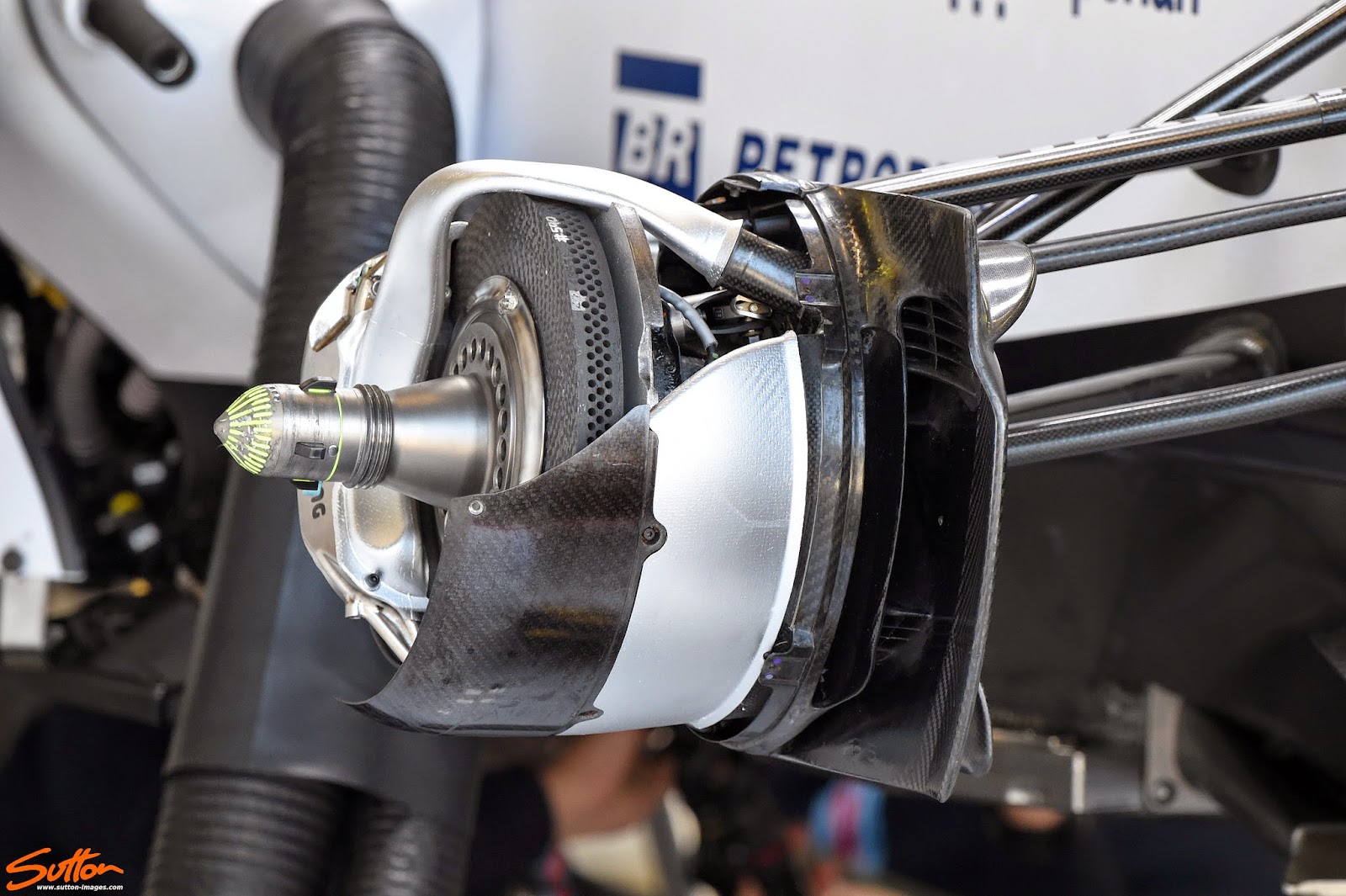 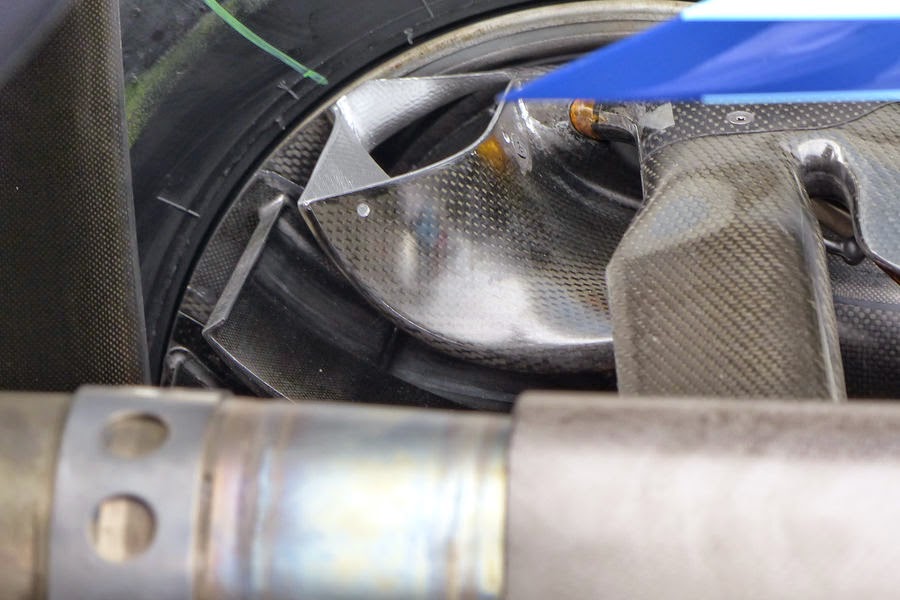 At the rear of the car the caketin remains largely untouched but the team reverted/trialled a solution used earlier in the season with a duct (above, image AMuS) replaced by an airflow control winglet (below, image AMuS). 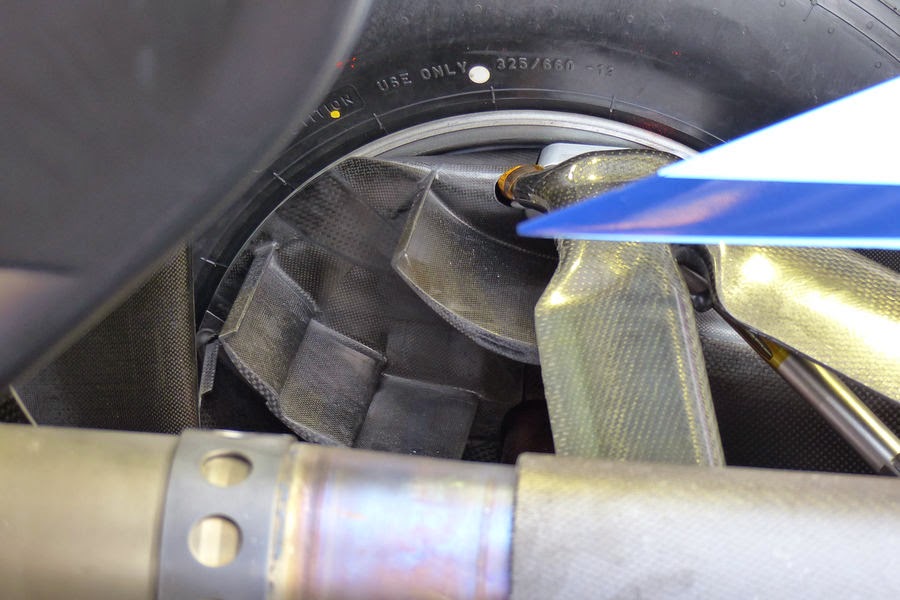 This would reduce the amount of cooling done within the caketin, raising the core temperature of the tyre, in an attempt to leverage more mechanical performance from the tyre.  The problem with this however is that it will also raise the degradation level of the tyre on a longer stint.