Toro Rosso arrive in Monza making some light revisions to the STR9 in order to further reduce drag, as their package is already relatively quick in a straight line, so it's no wonder they aren't introducing radical updates.

The team return to a front wing design last used in Austria, featuring a larger cascade element.  Where it does differ in design however is the upper flap, which has been reduced in height (marked in yellow).  This reduction in flap area will of course come at the loss of some downforce but this will also reduce the drag created too. 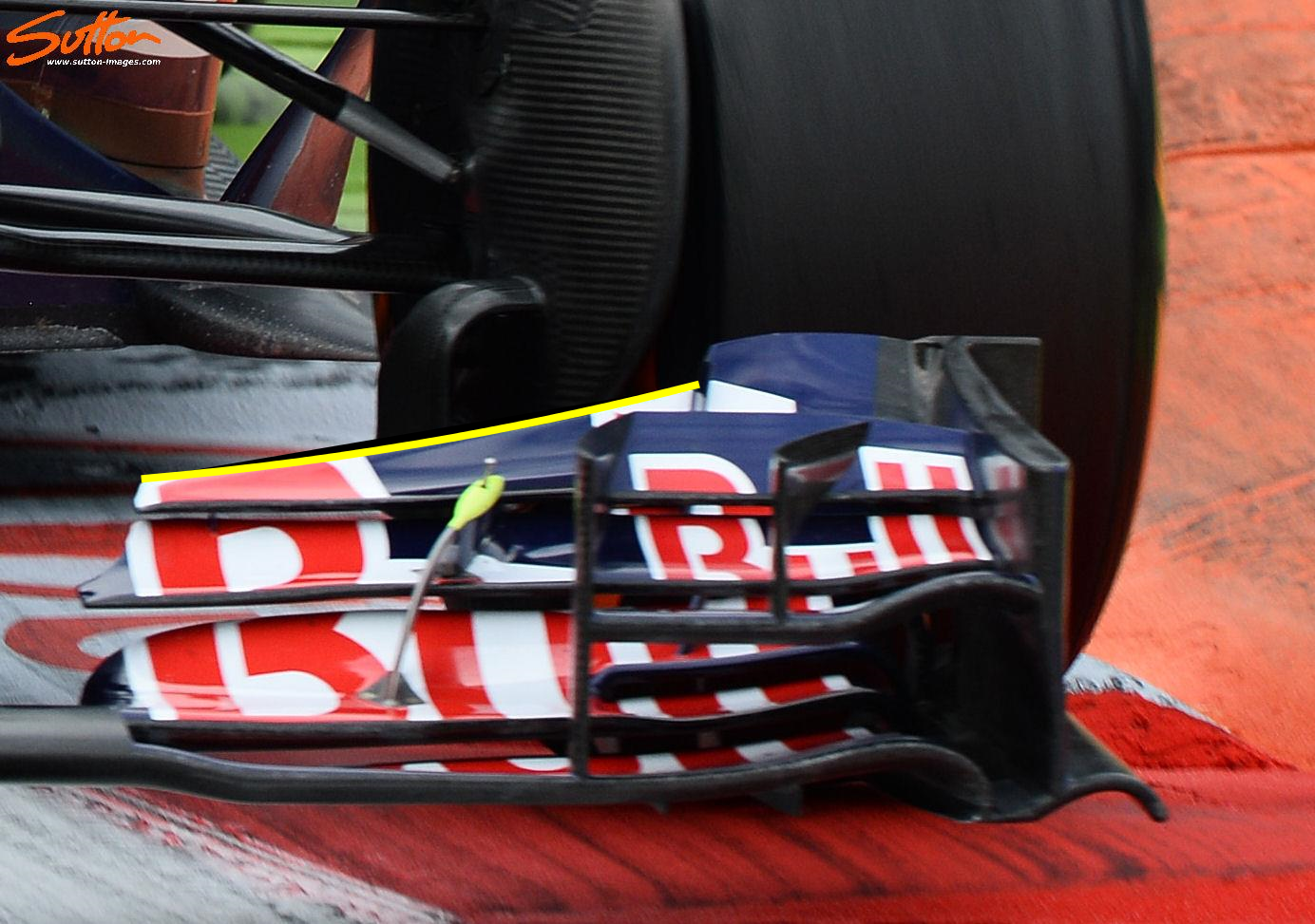 At the rear of the car the team have decided to abandon the use of endplate strakes, which will undoubtedly have an effect on the airflow structures work(ed) around it.  The net gain will be a reduction in drag, however it will come at the loss of some downforce/balance. 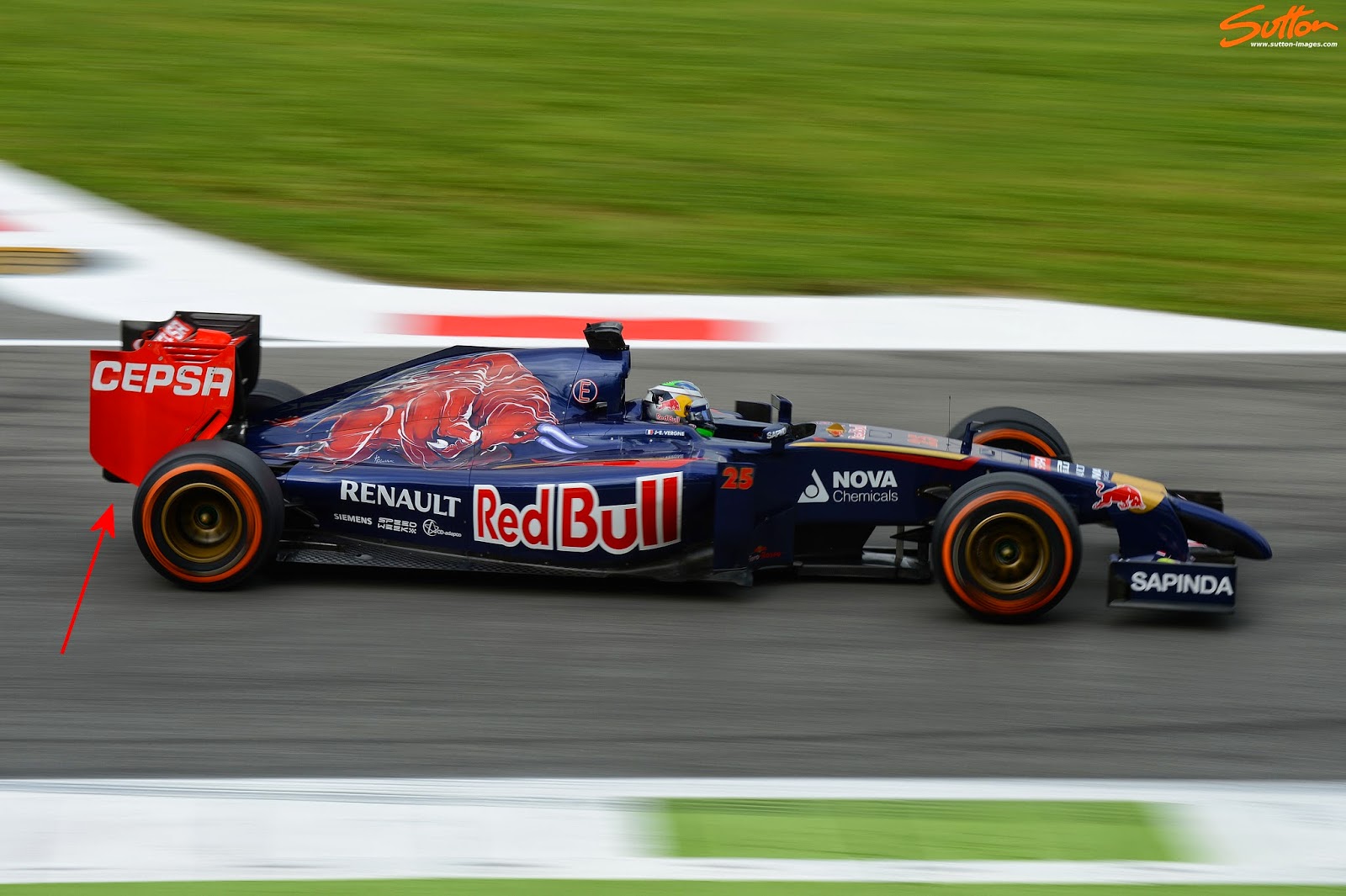