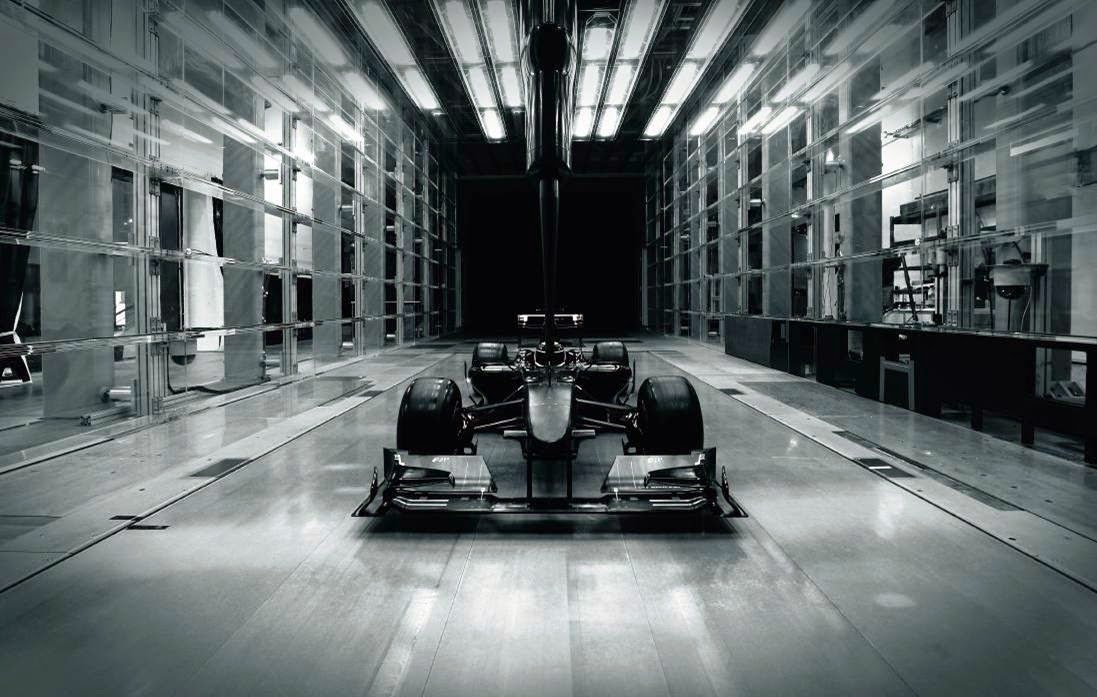 A change in the sporting regulations in regard to wind tunnel facilities for 2015 that may seem irrelevant from the outset may actually have some hefty ramifications.  The change in question was added to article 1.5:

"Each Team may nominate only one wind tunnel for use in any one twelve month period. The first nomination must be made on or before 1 January 2015 and no re-nominations may be made for at least 12 months. The FIA will consider, at its absolute discretion, earlier nominations if a wind tunnel already nominated by a teams suffers a long term failure."

As usual the FIA added the caveat under the illusion of cost cutting, and although their intentions are sound (ie prohibiting multi tunnel use by the larger teams) it does handicap the mid-low end teams.  Since 2009 when track testing was curtailed, the teams have turned to simulation techniques and the wind tunnel as methods of improving performance, before then correlating the information at the track.  The changes also meant that 60% scaling became the new upper limit, much to the dissatisfaction of Honda, who'd just spent a considerable chunk of money upgrading their facility at Brackley to utilize a full scale model.  Honda had ploughed huge resource into their 2009 challenger looking at a vast array of options not only in CFD but also modelling numerous iterations of the ill fated RA-109 (nee BGP-001).  I've looked at this on various occasions so I won't go too deeply into it again here, but suffice to say their tunnel at Brackley and in Japan was being worked overtime, all adding upto ££££'s down the drain?...

Honda's exit from the sport not only came at the time of the economic downturn, it was their vast (blackhole like) spending on their F1 programme that caught the attention of the board.  Allied to this was the exit of their closest rival Toyota, who also used the economic downturn as an opportunity to get out of a sport that was putting a financial strain on the main company.  Don't think that's the end of eithers involvement though, as both have continued to have a much smaller team work on and develop concepts for use in Formula One should one day a return become financially viable.

Honda's decisions also impacted the early life of the Mercedes team too with the team using tooling and methods for a 50% scale wind tunnel.  Mercedes bore the cost of replacing these in 2012 and have since started to reap the rewards of operating at the larger scale.  10% may not seem like much but when races are won by tenths of a second and qualifying relys on margins of much less, every bit of performance counts.

Turning our attention to the two giants of the sport that have languished behind their rivals since 07/08: Ferrari & McLaren, we must consider their processes as a catalyst to this.  The transition from real world testing to simulated improvement has hurt their progress and seen others who embraced the change take a stand against their legacies.   Red Bull is the most obvious candidate having taken both drivers and constructors titles for the last 4 years, however I'd suggest Force India have also taken to the change well.

Of course having the equipment is only one factor in achieving extra performance, having the the right people using it is also vital and perhaps where Ferrari & McLaren have become sleeping giants.  They may not openly admit it but the ramifications of Spygate in 2007 may also have changed not only the way the teams worked but also the way they hired/vetted staff going forward.  Furthermore it put everyone on a shorter leash with the FIA scrutinizing things much closer.  Having failed to see how important the transition from track to model testing both teams have used the facilities in Cologne owned by Toyota, some times to correlate with their own tunnels and at others to complete the bulk of their work.  The problem with long term use of a tunnel "off site" is that people begin to work autonomously, needing constant attention from management.  (Nothing like face time to keep things in check)

The facility at Cologne is renown for being cutting edge providing PIV in the tunnel, whilst also providing customers a platform with which to operate (workshop space, measuring and milling machines, a clean environment (incl dust extraction) for carbon layup etc).  However, it is not the teams, therefore they cannot operate comfortably, however much they try to make it like home.  At one time or another several other teams have used the facilities to validate their findings in their own tunnel in a more sophisticated environment or correlate data from the their own tunnel (Williams, Force India and recently Caterham doing some work on their 2015 challenger).

Going forward this will no longer be an option with all the teams having to nominate their chosen tunnel for a whole year.  Force India have taken the bold step of moving their operations to Cologne, renting one of the tunnels Toyota make available.  This will allow the team the option of constructing a new tunnel as the one they acquired when the team purchased Jordan is now somewhat outdated (30% tunnel, using a 50% model, which goes to show what you can achieve by literally thinking/working outside the box), or if it's more cost effective retain the use of Toyota's.  As you'll see below I've constructed a rough list of what the teams currently use and if they are projected to change in 2015 they're in Italics

So on the face of it nothing much changes, however what it does do is stop correlation work with other tunnels, force McLaren to choose between their own tunnel or the one they rent at Cologne (and currently divide the on wind time hours between the two) and inhibits the lower teams choices in terms of where to work, as they don't have their own facilities.  Caterham for example moved to Leafield to bring the team closer to the facilities they are using at Grove, unifying the two work forces but under new ownership they may have sought other options.

In reality it's difficult to ascertain whether the regulation change was infact done to affect costs, rather as I see it, it was done in order to stop the teams from using multiple tunnels which of course reduces costs but also further reduces the possibilities for smaller teams to improve by sourcing better facilities, thus keeping parity between those at the top and those at the bottom.
Tagged
Newer Post Older Post