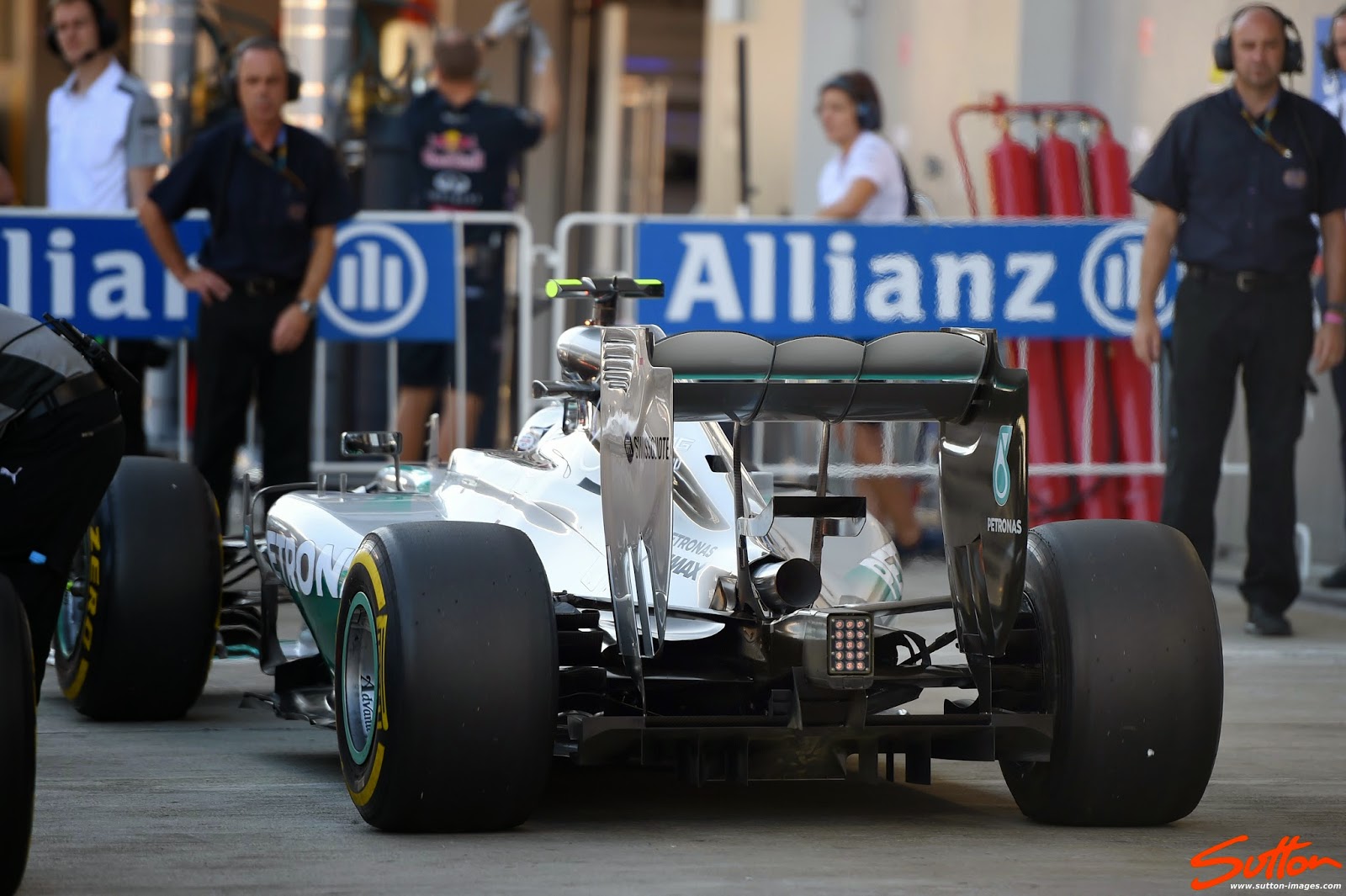 Firstly I'll point out that the rear wing and Y100 winglet used by Mercedes (above) during qualifying and will be used for the race are not new, having previously been used the configuration at Spa (Click the link for an explanation of the differences in these wings). 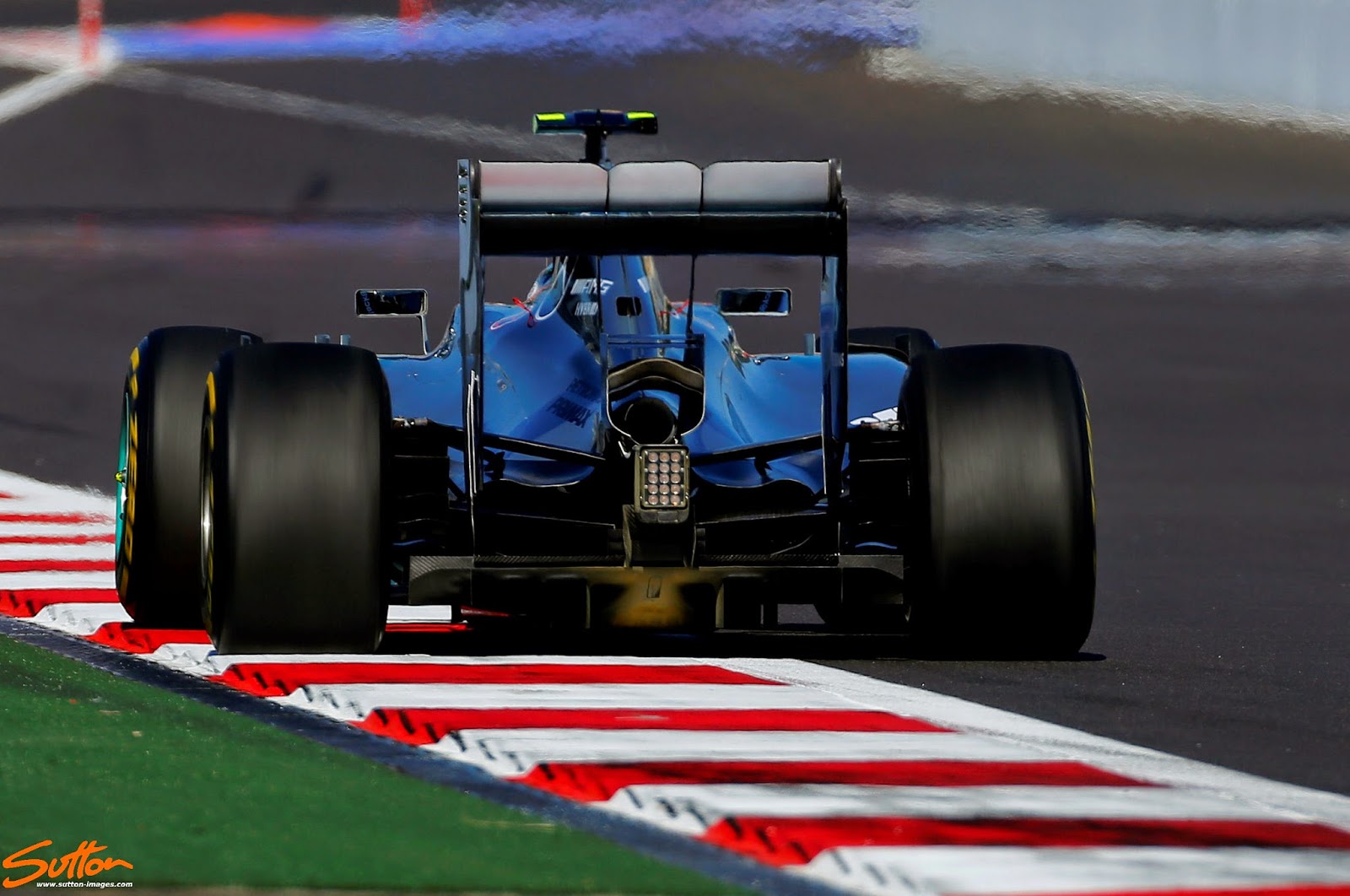 As we can see from FP1 & 2 (above) the team initially setup with a much higher downforce configuration, likely anticipating a higher level of degradation of the tyres for the race.  With tyre wear significantly lower at Sochi than expected and with Williams clearly being able to match them for pace the team opted to run with less downforce, which also means less drag.
Sochi has been branded as a street circuit but in reality it's a purpose built 'Autodrome' around the ex-Olympic park, meaning its design allowed for two extensive straights (rather than being confined to an existing road layout).  These straights of course present the teams with a trade off, requiring good downforce elsewhere, whilst as little drag as possible to attain top speed.  In that respect Spa represents a similar challenge and so it is no surprise that the team decided to utilise that setup.  One thing that does differ though is that in Spa the team removed the Gurney trim from the top flap in order to further reduce drag, whilst in Sochi this remains in place.

It's interesting that the team had the forethought to plan for this and means that, that specification of wing was likely available in Suzuka too, owing to the strict customs in place at Sochi making it difficult to bring updates or fly parts in overnight.
Tagged
Newer Post Older Post