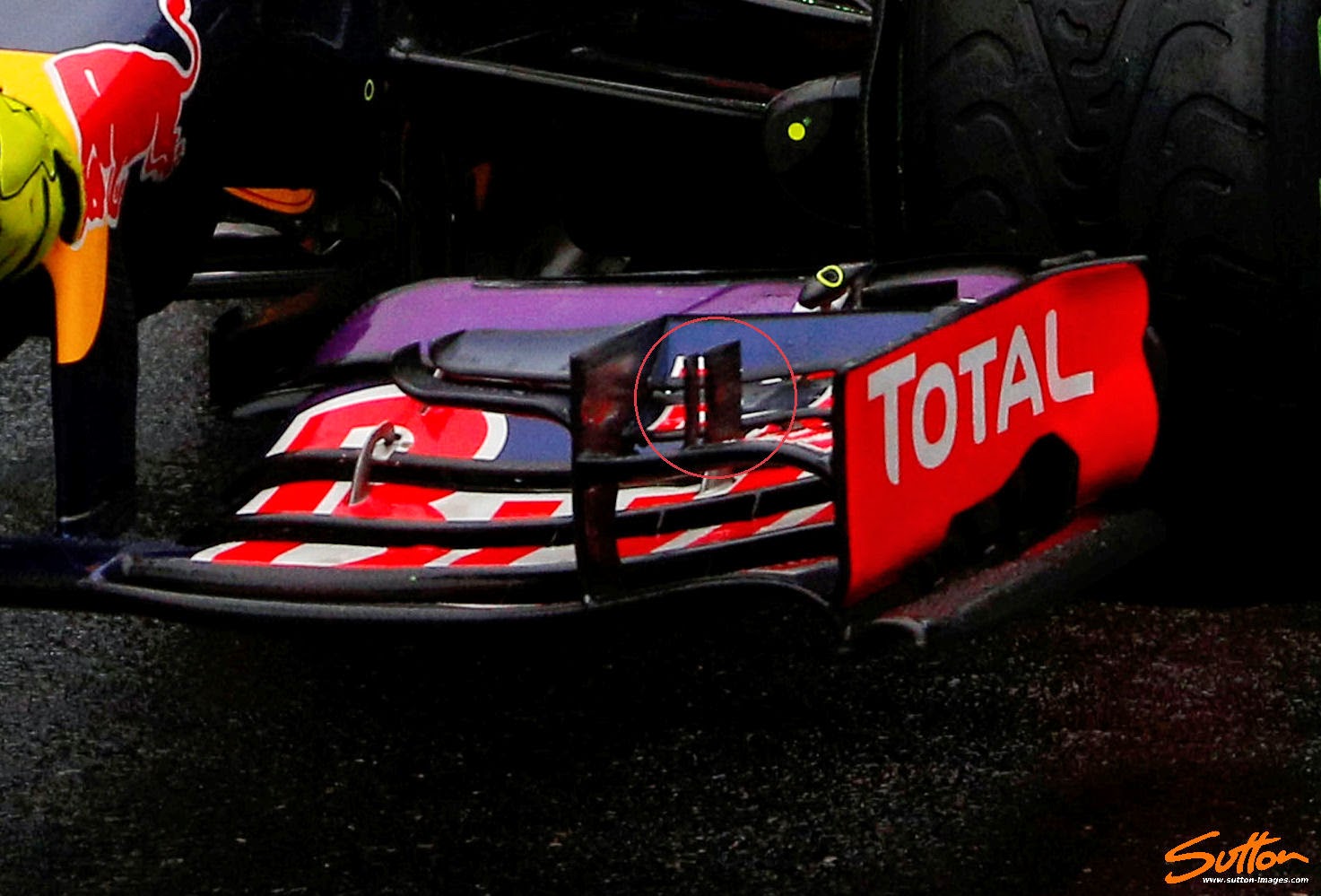 Having sported several upgrades over the last few races in an attempt to raise at least Daniel Ricciardo's challenge to the drivers championship, Red Bull arrived in Suzuka with a new front wing.  The changes are isolated to the main cascade however, with the vertical turning vane (circled) which sits centrally in the cascade swapped for twin elements rather then the slotted one it used to house.  The cascades inner fence has also seen light revision with the base now curved inwardly at its base, likely in order to move it from the flow of the strakes that line the bottom of the wing.
Tagged
Newer Post Older Post