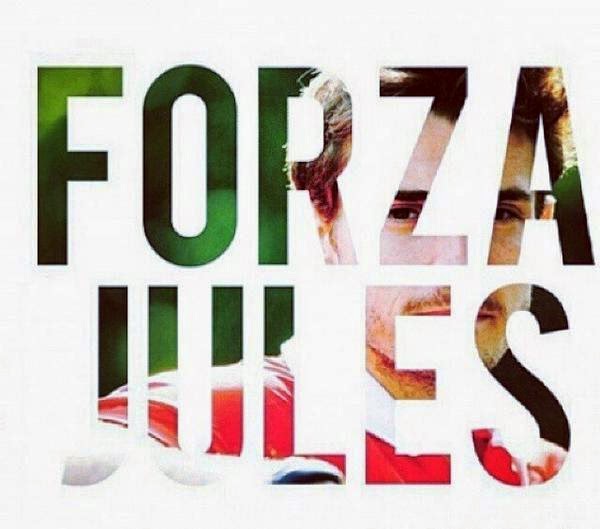 NB: This article was never meant to cast light on whether the green flag contributed to the accident, but moreover cast doubt on whether the correct protocols had been followed in order to throw the green.

In an article I wrote for the blog yesterday I looked at the circumstances surrounding the crash of Jules Bianchi at Suzuka.  In that piece I looked at the use of the flags before Jules accident, not only in how they could have played a role in his perception of returning to racing speed but also if they had been issued correctly.  Having surmised that the green flags had started to be waved only after the stricken Sauber had been lifted past the marshal post, it appears new evidence has come to light. Patrick Marsh has contacted me this morning to submit new evidence into the row: 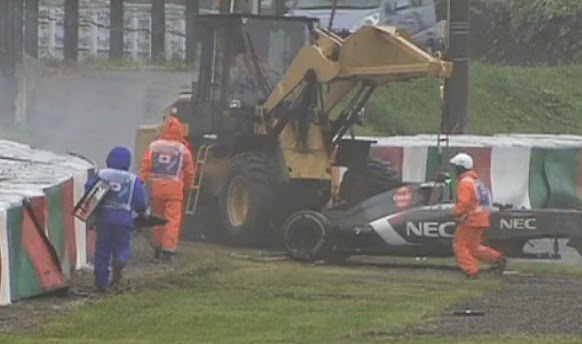 The gentleman in the blue firesuit is the one in question (he is an intervention marshal), he remains upstream of the accident scene with a green flag being waved before him on the track.  This puts him on the periphery of the track in an area where the green flag is waving in an active race environment and clearly in danger. 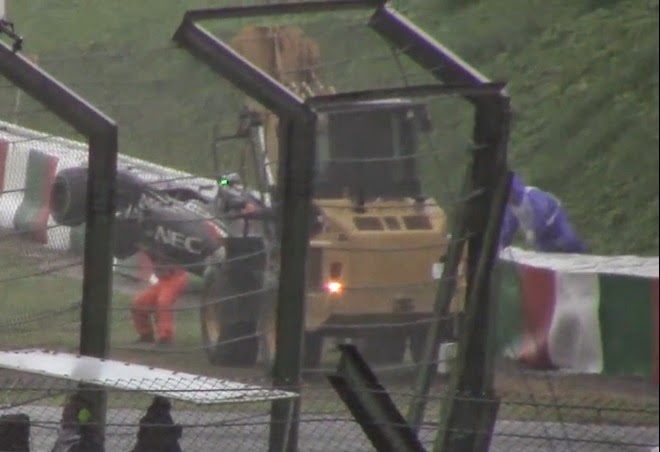 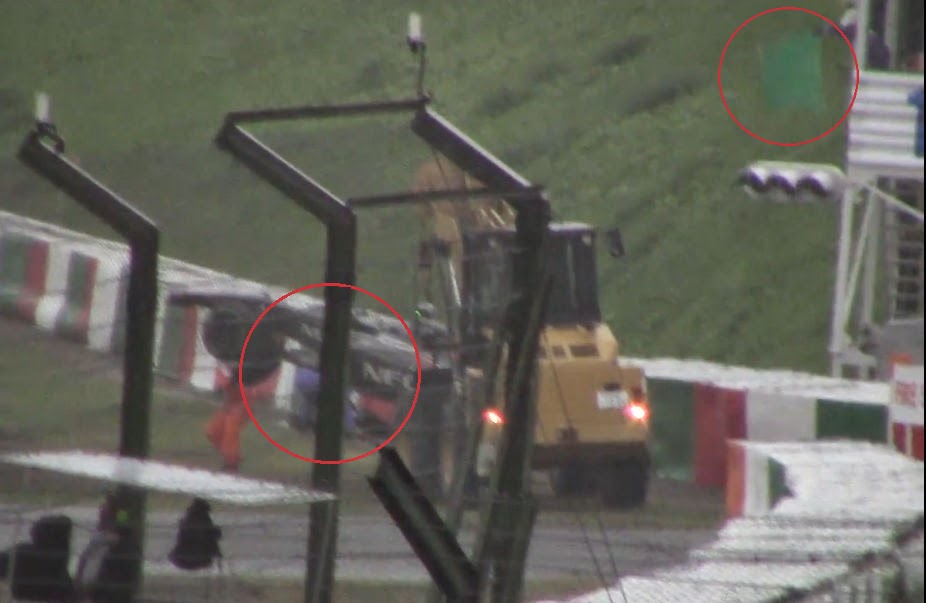 Now beyond the rescue equipment (crouched down but circled behind the rescue equipment) that has Adrian Sutil's Sauber attached to it, the intervention marshal sets about recovering the remnants of the C31 (Front Wing etc) that are strewn across the front of the tyre barrier (as you can see in the lead image him carrying away).  Meanwhile the marshal in the marshaling post above him is waving the green flag, when clearly one of his colleagues is in the line of fire.


Excerpt from the International Sporting Code:

Green flag
This should be used to indicate that the track is clear: it should be waved at the marshal post immediately after the incident that necessitated the use of one or more yellow flags.

Moving the stricken Sauber back toward the track exit did indeed make marshaling post 12 the one immediately after the incident, however the mere fact that the intervention marshal is on the track limits beyond the post surely predicates the use of the green flag.


Excerpt from the International Sporting Code:

Conditions
It is normally the duty of the marshals to make the first intervention in the event of an accident, always under the control of the post chief or his deputy, who should do everything necessary to provide for the safety of his personnel, by using previously agreed signals to clear the track on the approach of a car and by means of the yellow flag.


I'm therefore no longer sure that the green flag waved by the post marshal (12) falls within the scope of the regulations and sporting code and instead suggest that post 13 should be the first instance of a green flag at that time. (Posts are supposed to be no more than 500m apart).  The FIA have launched a full investigation into the accident in a hope of learning from any mistakes that may have been made.  The accident itself was a perfect storm, the type of accident that requires multiple scenarios to have played out making its probability relatively low.

Once again my thoughts at this time remain with Jules Bianchi and his family.
Tagged
Newer Post Older Post