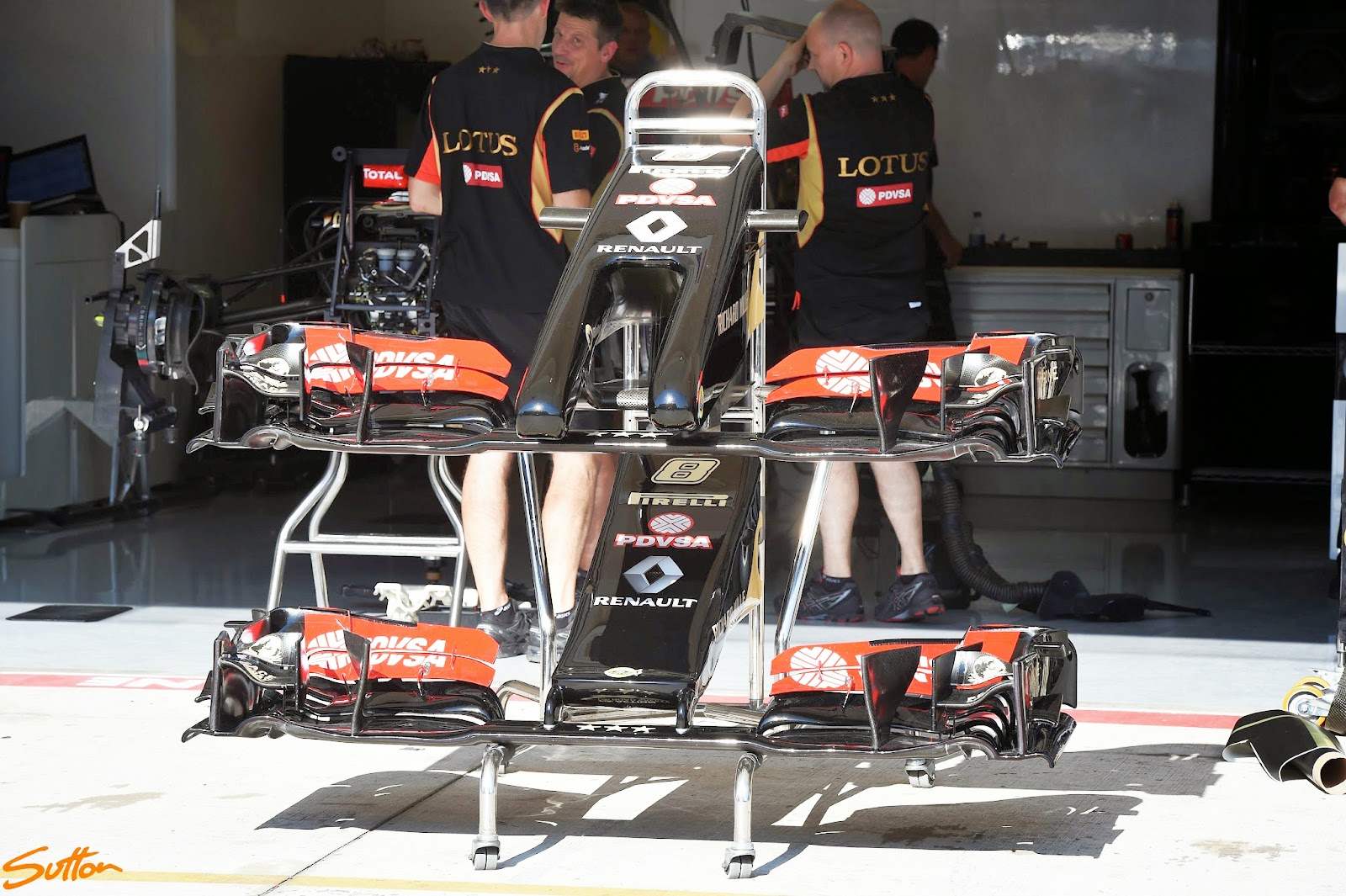 We knew in advance of the Austin GP that Lotus would trial an interim nose, a first look if you will at the way in which they'll need to approach their 2015 design.  Their twin tusk design has been outlawed by the FIA for 2015 as the governing body look to tidy up areas of the regulations that left us exposed to the unsightly appendages cascading off the front of many cars nosecones.   The Lotus twin tusk iteration for me was perhaps the cleverest interpretation of the regulations but that doesn't always mean it's the best (remember their FEE exhausts?).

The idea of the new regulations is not only aimed at cleaning up the aesthetics but predominantly enforcing the original intention of lowering the nose tip.  This of course means that the teams have to give up some of the centralised flow they are used to and so getting a sighter on this in advance is always welcomed.  This initial design is only a step in the direction toward what we will see in 2015 with a much stubbier nose section than the regulations for 2015 call for.  It will be interesting to see another array of designs, especially as some more than others will try to use the underside of the nose in tandem with neutral Y250 section of the front wing's mainplane in order to leverage an advantage.  The sloping underside of this development part from Lotus showing us just how much the teams make an effort at getting flow under the nose. 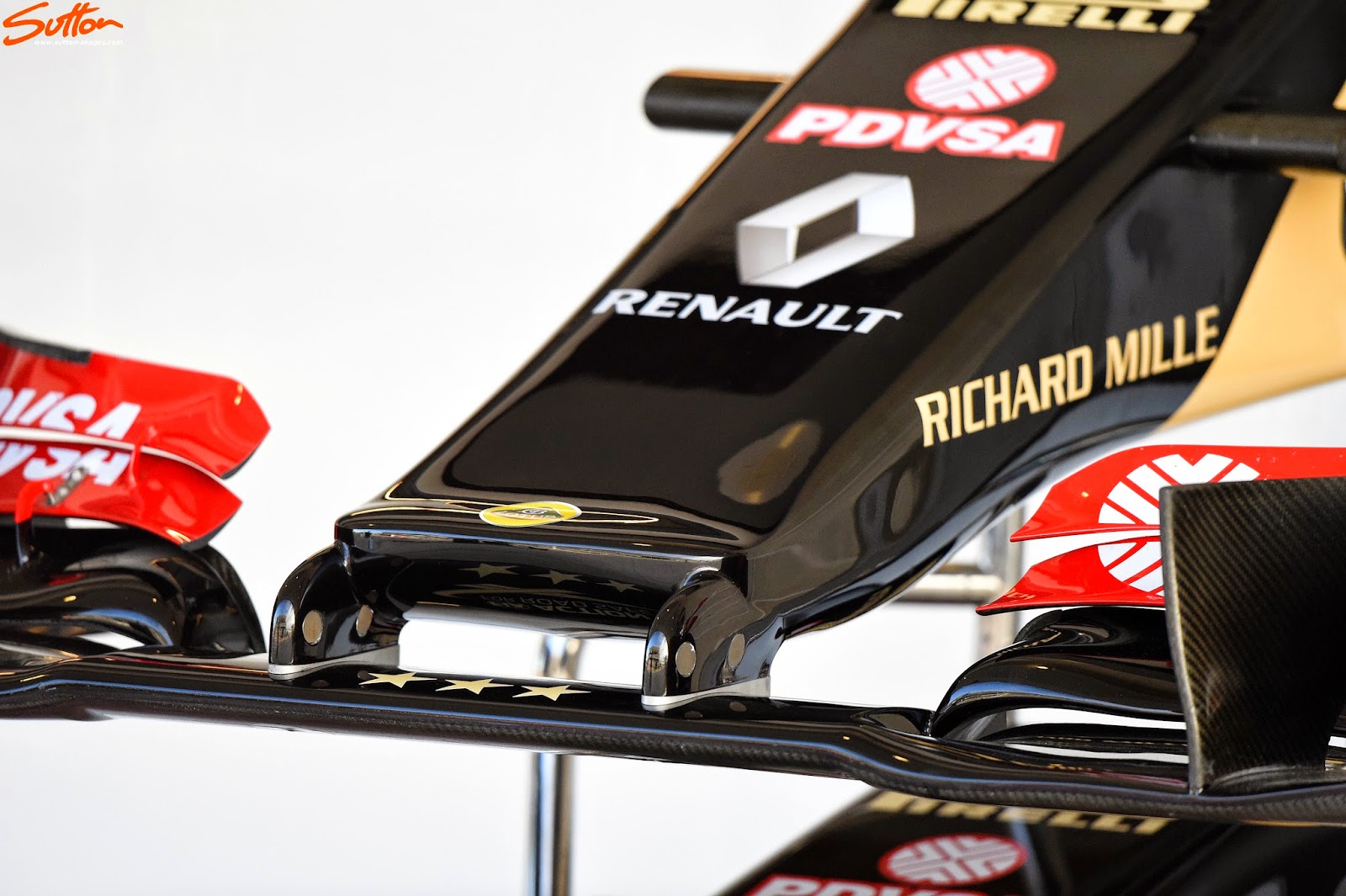