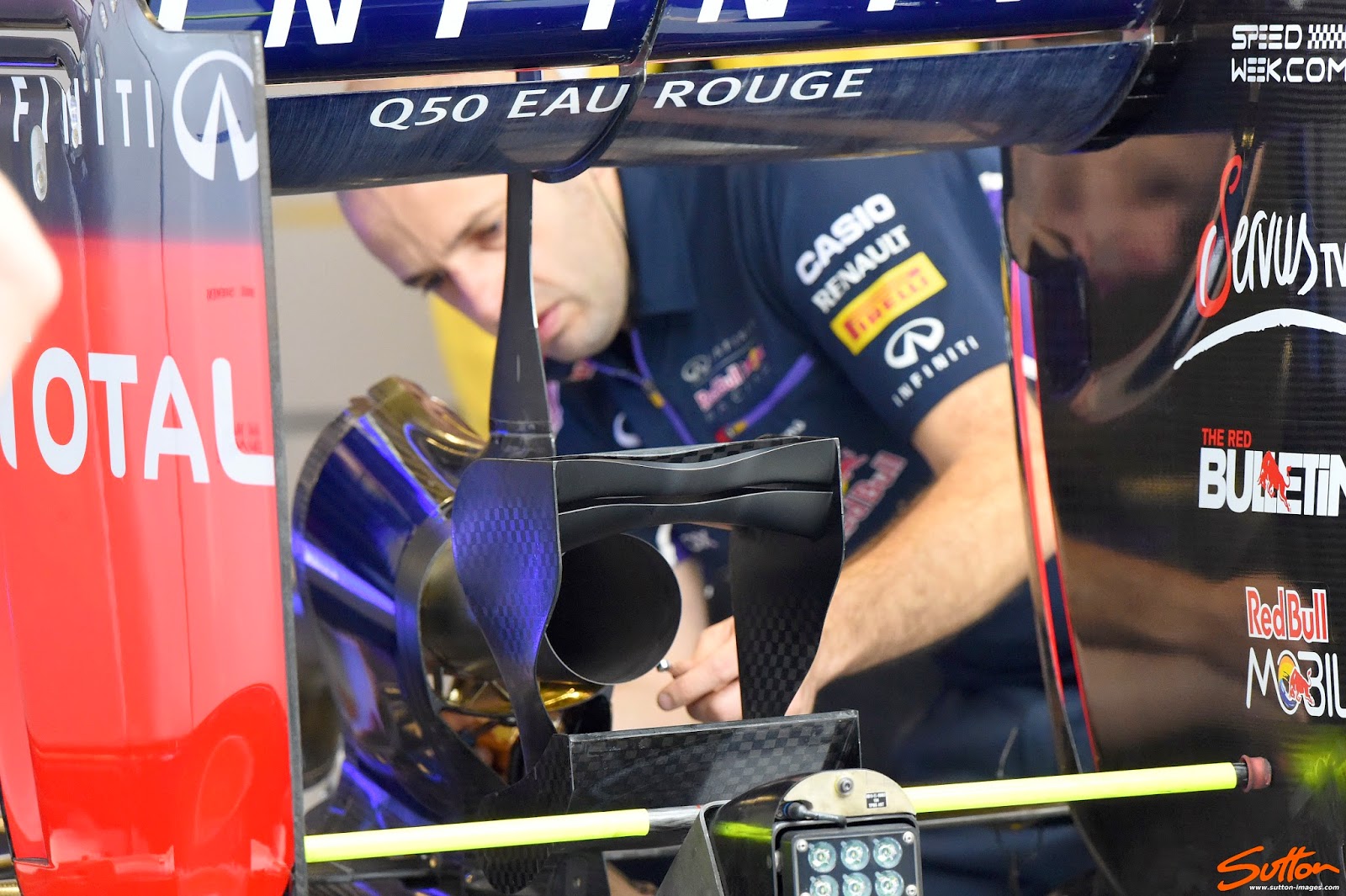 As we can see Red Bull have arrived in Austin with a fresh design to their upper Y100 winglet.  This may be a development part for the team as, as we know they don't lack downforce.  The team have utilised the lower Y100 winglet all season, retaining some of the centralised flow characteristics we'd associate with the Beam Wing that is no longer viable.  The use of their upper Y100 winglet has only really been used when the team are in high downforce (street circuit) configuration, owing to how the flow structures work with a rear wing that uses higher AoA (Angle of Attack).

The new design sports 4 wing profiles, 2 ahead of the rearward ones that are more easily visible in the image.  A design that bears a significant resemblance to the Mercedes W05 design of which we have earmarked as leveraging the exhaust plume for the enhancement of downforce.  As we know the FIA have been keen for a number of seasons now to reduce the exhausts impact on aerodynamics with the teams exploiting it's potential.  Things cannot be un-learned though, and even though the FIA have reduced the tailpipe to one with the new powerunits and centrelined it's placement the teams will still strive to use its energy.  Afterall it's free and otherwise expended energy, so why shouldn't the teams try to exploit it?

The other issue, at least for the Renault powered teams thus far has been that being so far down on power compared to their Mercedes rivals has meant concentrating on power extraction, rather than a play for aero offset.  Now the balance is starting to swing a little and the teams focus some attention on 2015 it's unsurprising that Red Bull reprise their focus on exhaust blowing.  It is of course a difficult area of development owing to several factors, including the amount of MGU-H harvesting being done, which reduces the energy being expended.  I have however talked before about the use/role of the wastegate and how that could also be used to manipulate and energise the exhaust plume.

To me it seems the overall idea is not only to increase the amount of downforce being generated at lower speed, with the exhaust plume energising the airflow in a way that upwardly ascends and aids in attachment, but to also passively stall the rear wing at high speed (much like we saw with the Lotus, Mercedes & Red Bull DRD experiments).

The addition of the two forward blades to their upper Y100 winglet to me at least is a signal that Red Bull are at least trying to utilise the exhaust plume, like Mercedes.  The addition of the forward blades should change the point at which the exhaust plume influences the rear wing and will of course pull upwardly on the flow structures beneath.  A point at which the assistance it provides to attachment and therefore increased downforce will swiftly be overwhelmed by too much exhaust flow into the region which will lead to the 'stall' and reduction in drag, aiding top speed. 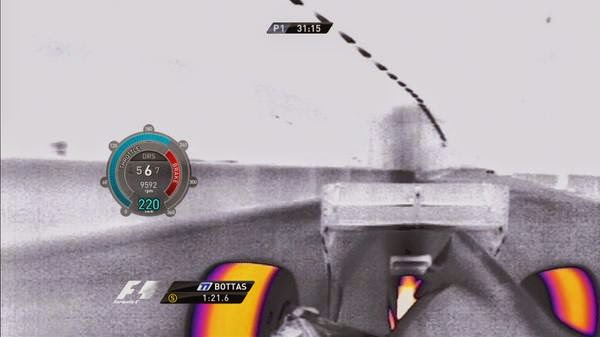