Toro Rosso are celebrating 10 seasons in Formula One, but it's business as usual for the team based in Faenza as they try to do the best they can with the limited (compared to big brother Red Bull) resources they have at their disposal.

The switch to Renault power in 2014 may not have been the dream they initally hoped for but to be fair having Ferrari power may not have helped them much either.  Unlike the extremely shrink wrapped Newey beast several doors down, Toro Rosso didn't suffer as much during the early stages, which is probably because with less budget they have to be that little more conservative.  The Toro Rosso's always tend to be conceptually sound but lack the final touches that can haul them up the grid, which is all well and good when you're grooming future talent (be it engineers, management or drivers). 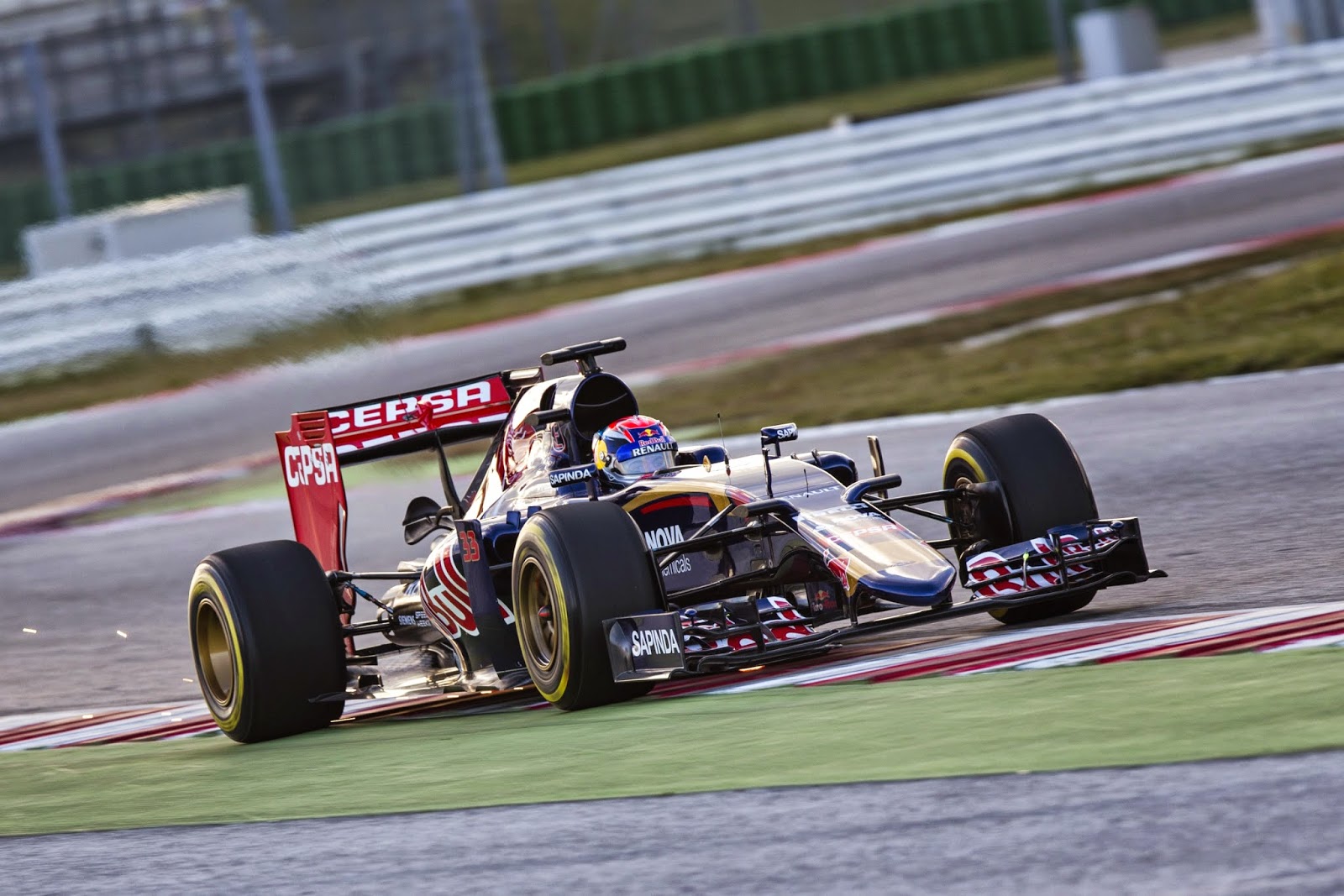 The STR10 as you've guessed it is an evolution of last years car, taking onboard what the team learnt during 2014, making amendments around the 2015 Renault powerunit and falling inline with the new regulations. 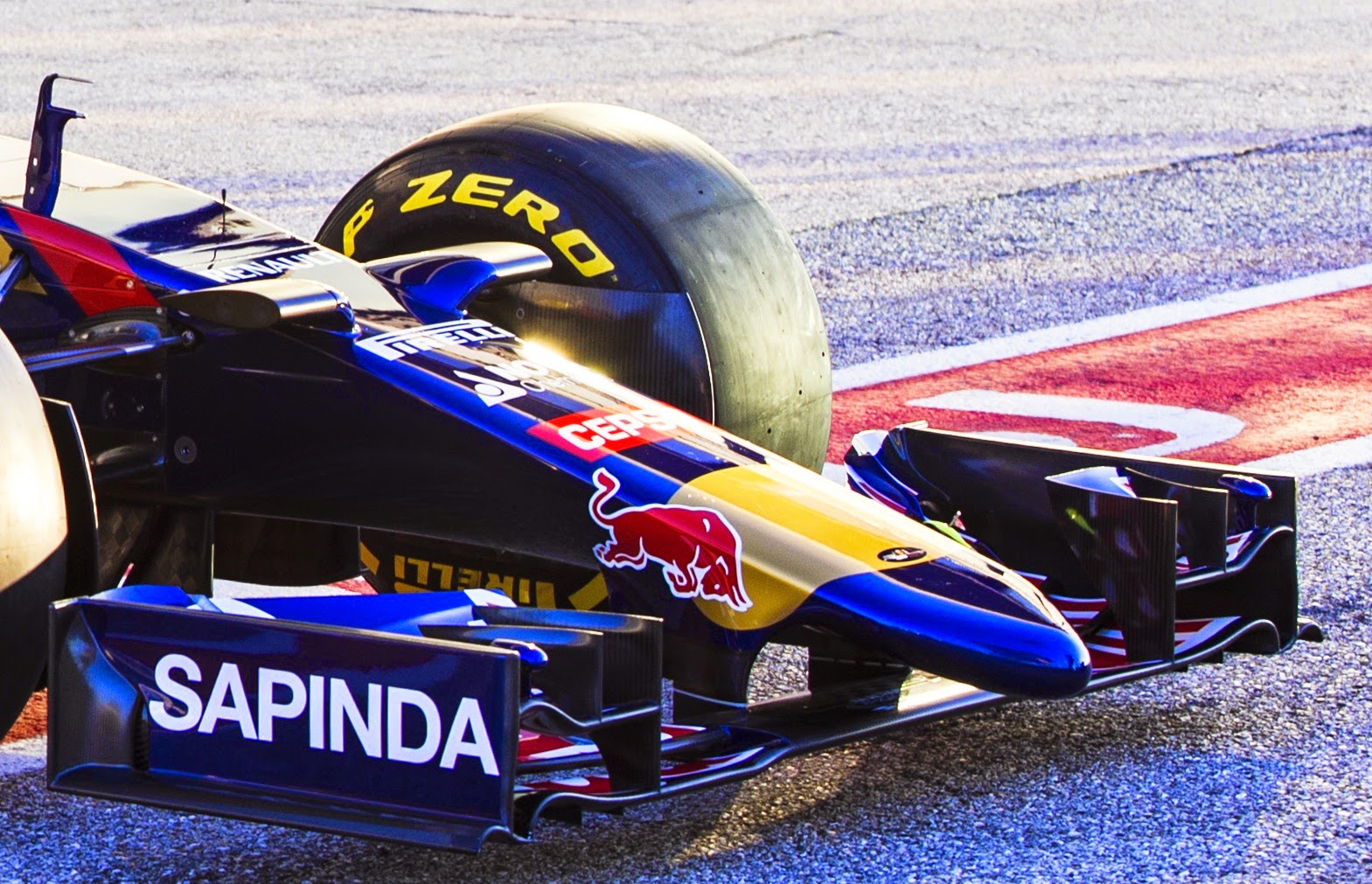 The nose is very similar to the McLaren and Ferrari we have already seen and as such uses a sloping chassis to allow for the linear taper down to the nose tip which also permits the handlebar style camera mounts utilised by many of the teams in 2014. 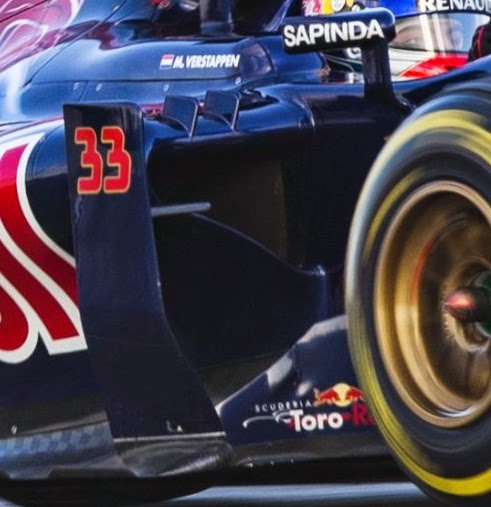 I keep seeing lots of people suggesting that the STR10's sidepods are small, although I'll concede they may have been altered slightly the inlet and undercut appear to be much the same as the STR9.  Where it is obvious that some teams have been able to reduce the width of their sidepods and therefore have shrunken the inlet size is that they have to shrink wrap the bodywork around the mandatory side impact protection structures, which has resulted in some hanging their airflow conditioners off them creating small blisters.  The bargeboards are an evolution of the serrated ones introduced during 2014. 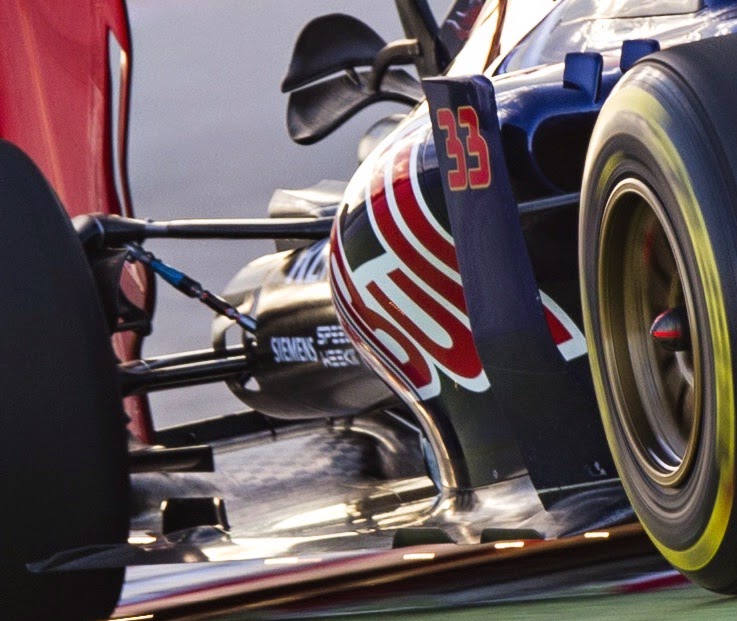 Where they have made inroads however, is at the cooling outelts, which are now elongated (as per the later spec STR9), passing through the rear suspension elements, but as you can see they now have an extreme undercut which allows airflow to migrate into the coke bottle region above the diffuser. 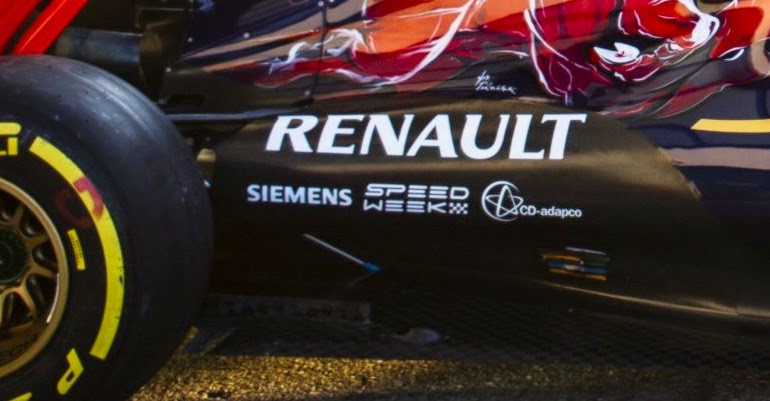 Heat rejection is clearly still playing heavily on their mind though with the rear quarter outlet treated to some heat paint. 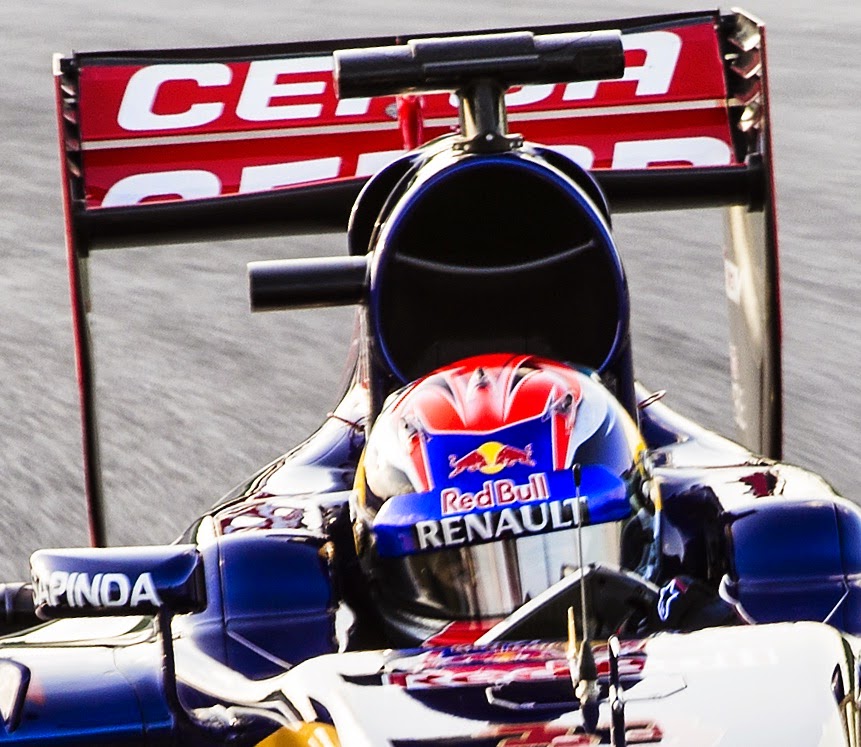 Heading back to a look at their cooling efficiency and the airbox at first glance looks huge, however when compared with the STR9 it's relatively similar just shaped very differently.  In the past the upper inlet has been used to feed the plenum (or turbo compressors ambient inlet) whilst the lower one takes care of oil coolers mounted either side of the roll hoop.  The STR10 also features two small inlets aft of the rool hoop which means the team may have re-appropriated the roles of each inlet. 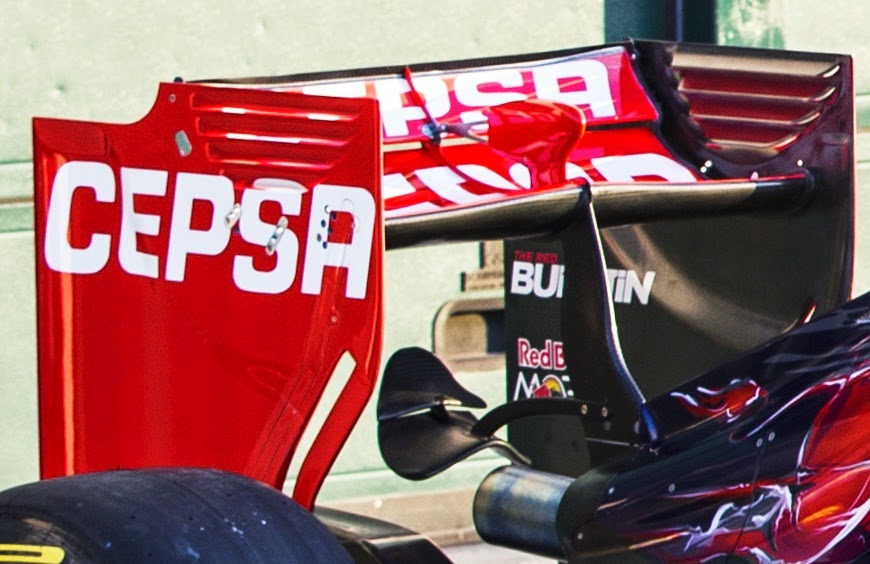 The rear wing assembly is typical of the one used by the team previously, whilst the central pylon's inverted Y (Y-Lon) now forms the trailing section of the engine cover.  As we can see the team have installed the sculpted two part Y100 winglet they introduced at Suzuka and is hung from a swan neck support off the base of the central pylon.