Pre-season testing resumes at Jerez and just like yesterday I hope to keep you abreast of the technical side with the assistance of Sutton's great images. 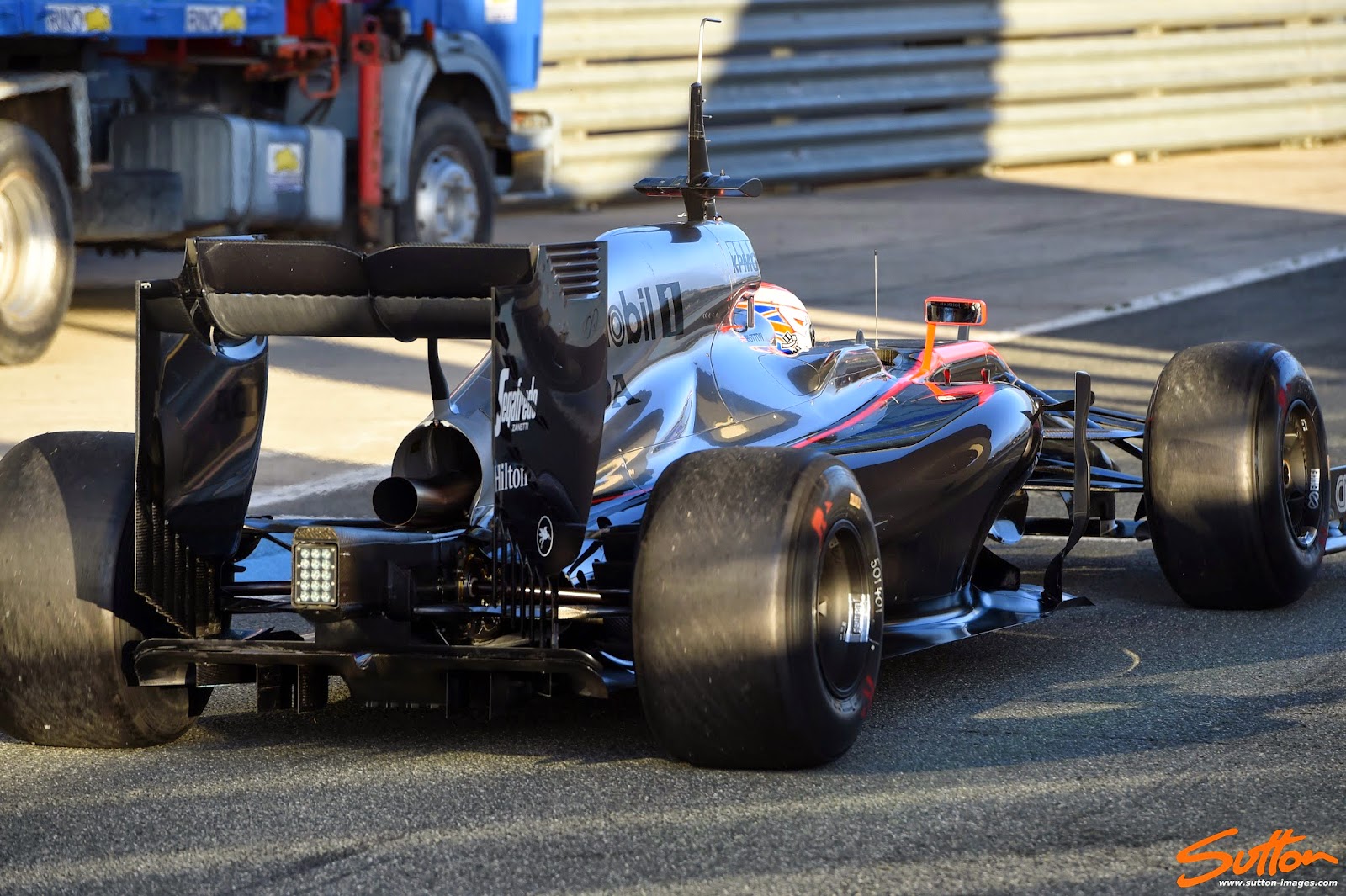 A great shot of the McLaren MP4-30, note how the exhaust is upswept, whilst there are some vertical strakes mounted either side of the crash structure, which also help to control how the plume and surrounding flow upwashes 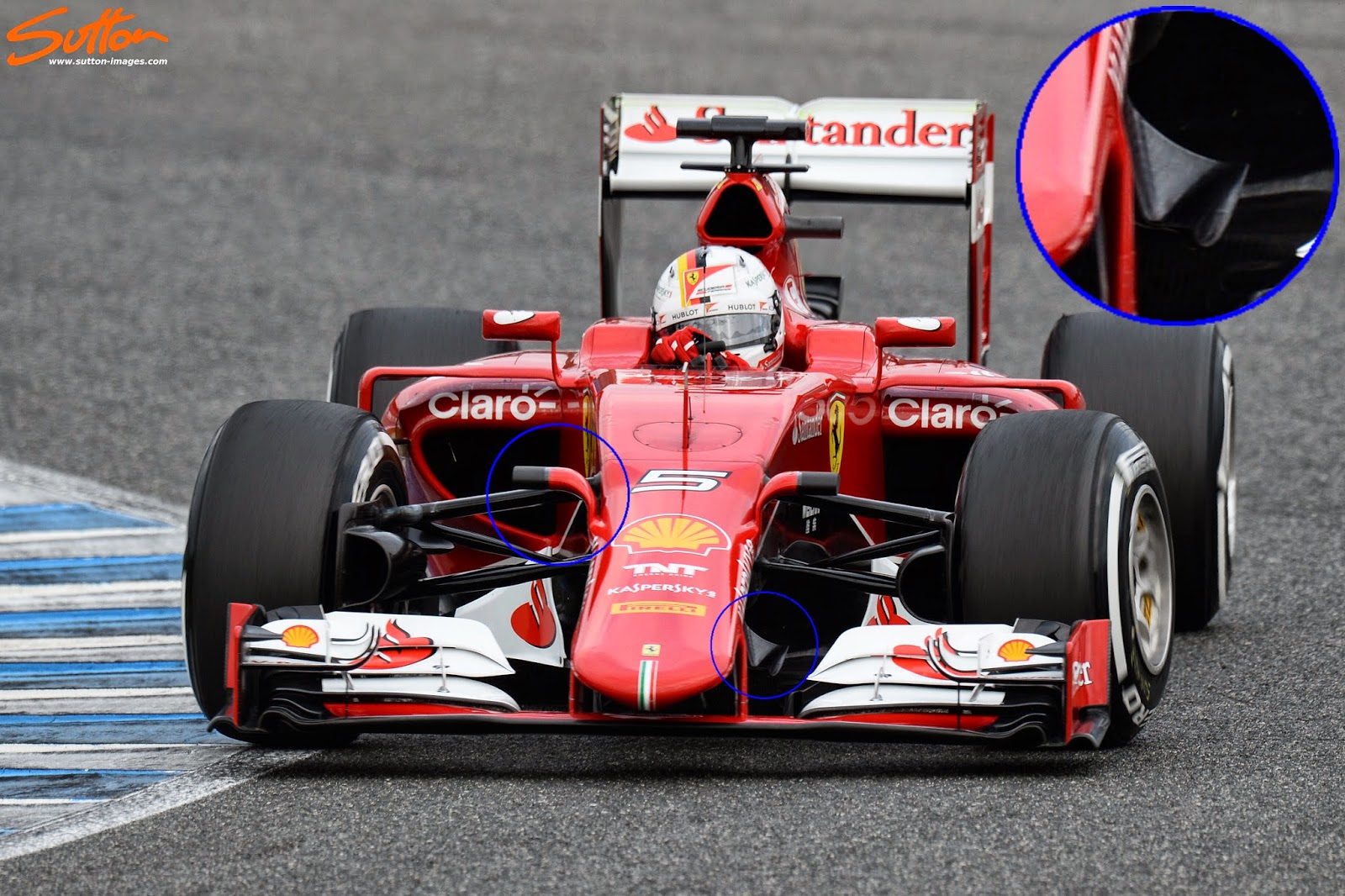 Vettel is at the wheel of the SF15-T once again, forgot to mention yesterday that the team are using handlebar camera mounts again this season (circled) which were not shown at the cars launch.  Meanwhile in the inset we can see the teams turning vanes. 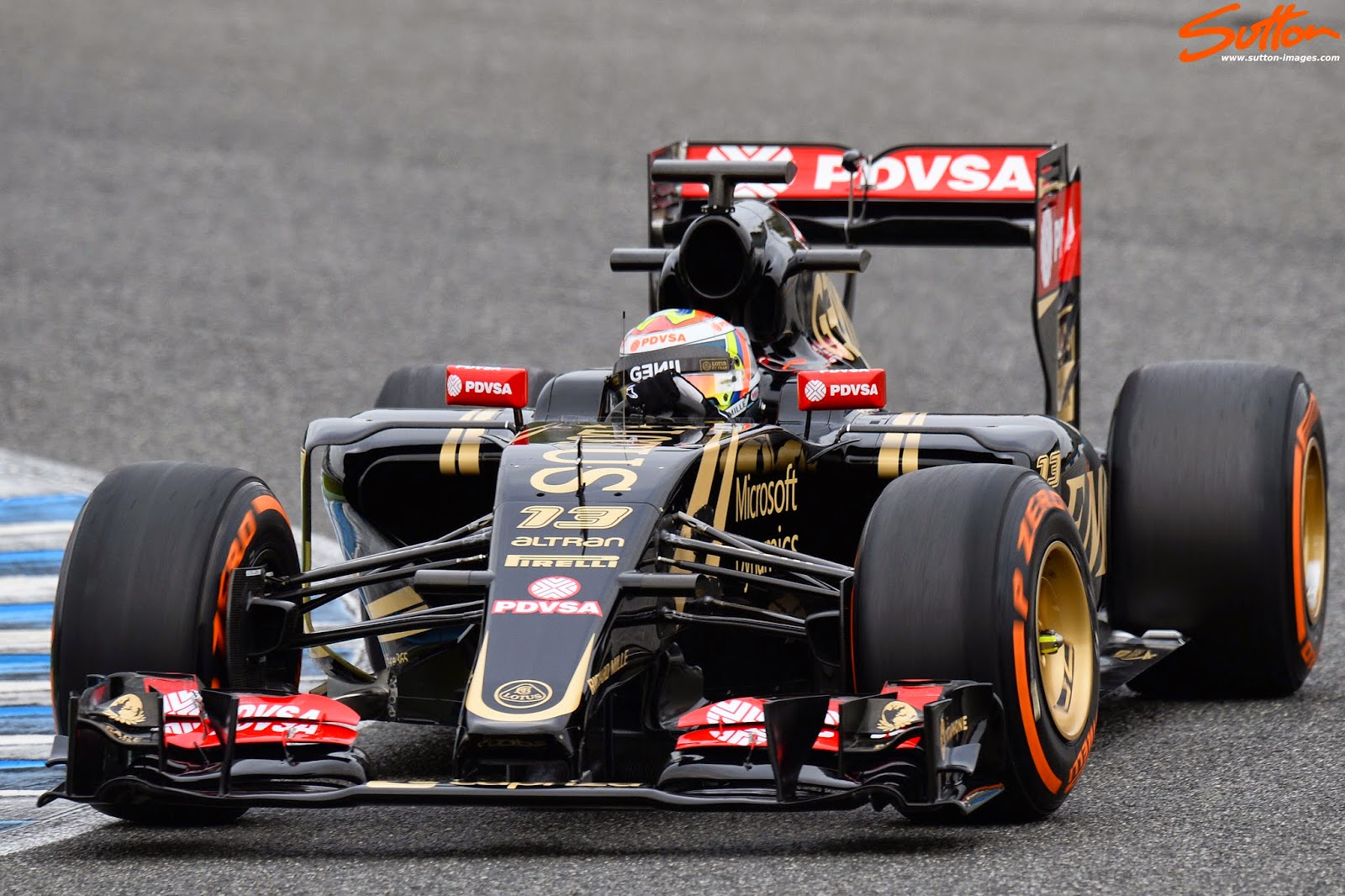 The Lotus E23 missed testing yesterday but gets some mileage under its belt today, nothing spectacularly different from the launch renders to be seen yet. A great view of the #CamoBull RB11 from behind 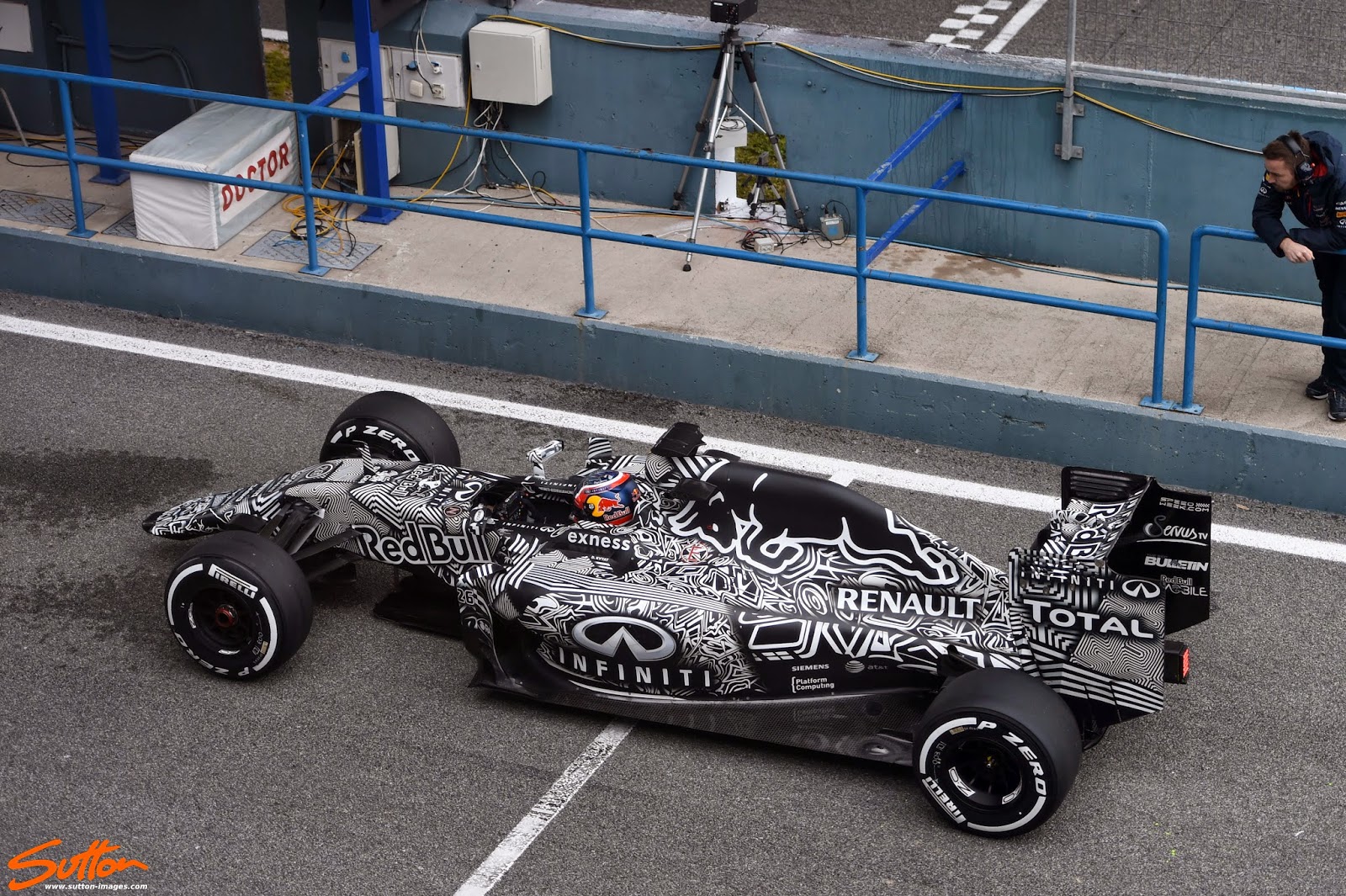 The camo that good on the RB11 that the front wing doesn't even look it's there.... 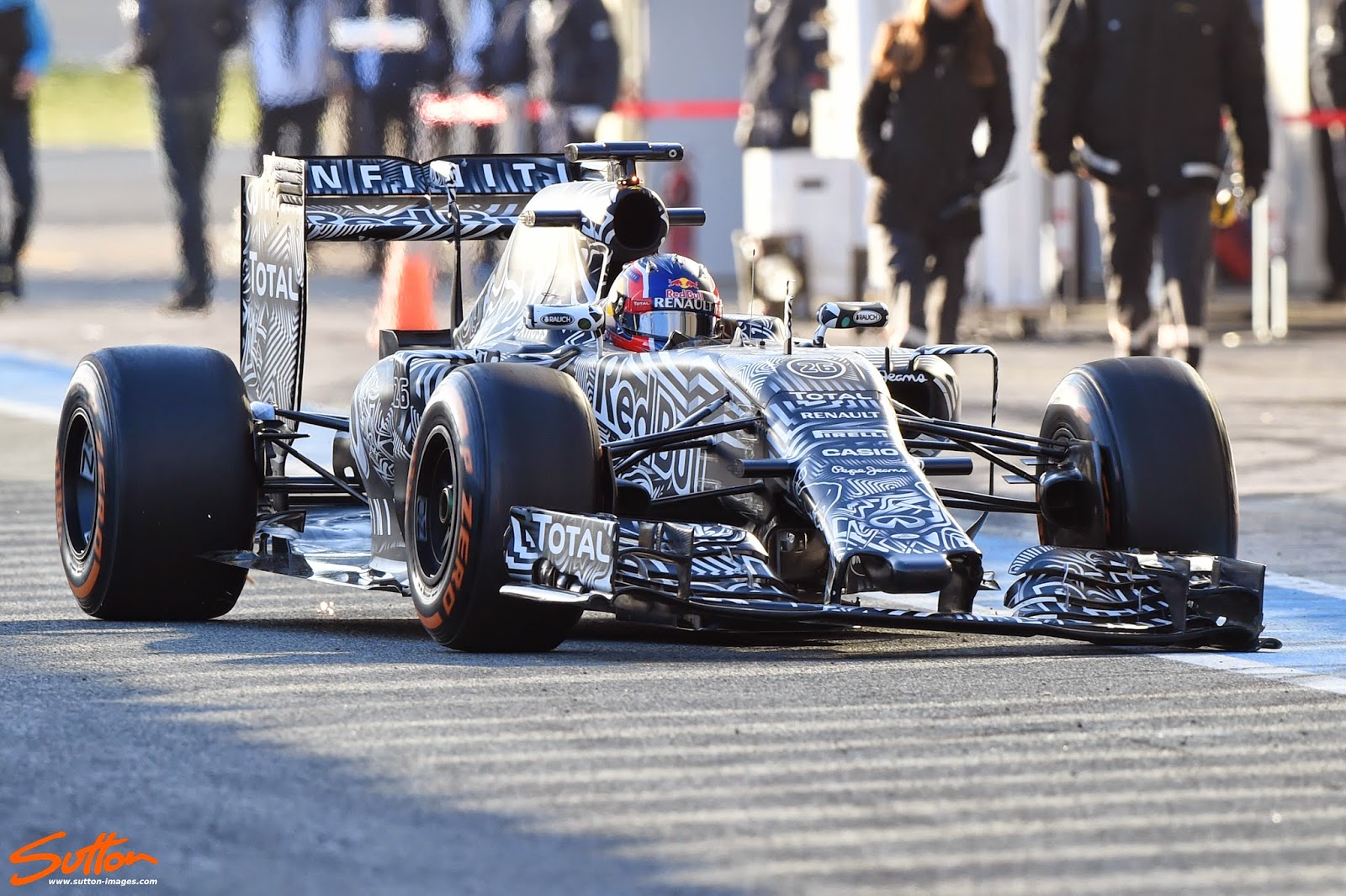 This'll be why then, when Newey said he wanted to get the front wing into ground effect I'm not sure this is what he had in mind... 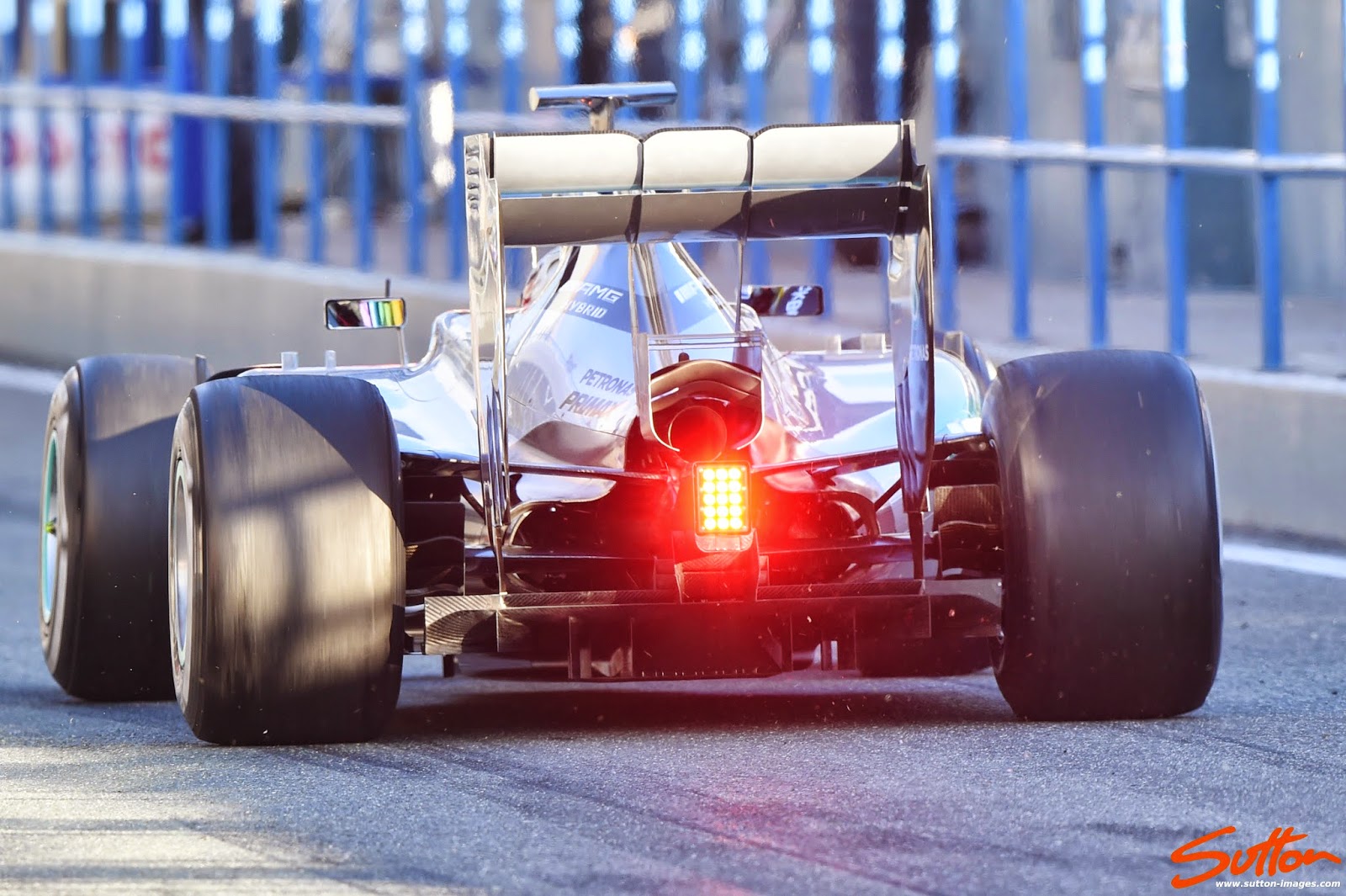 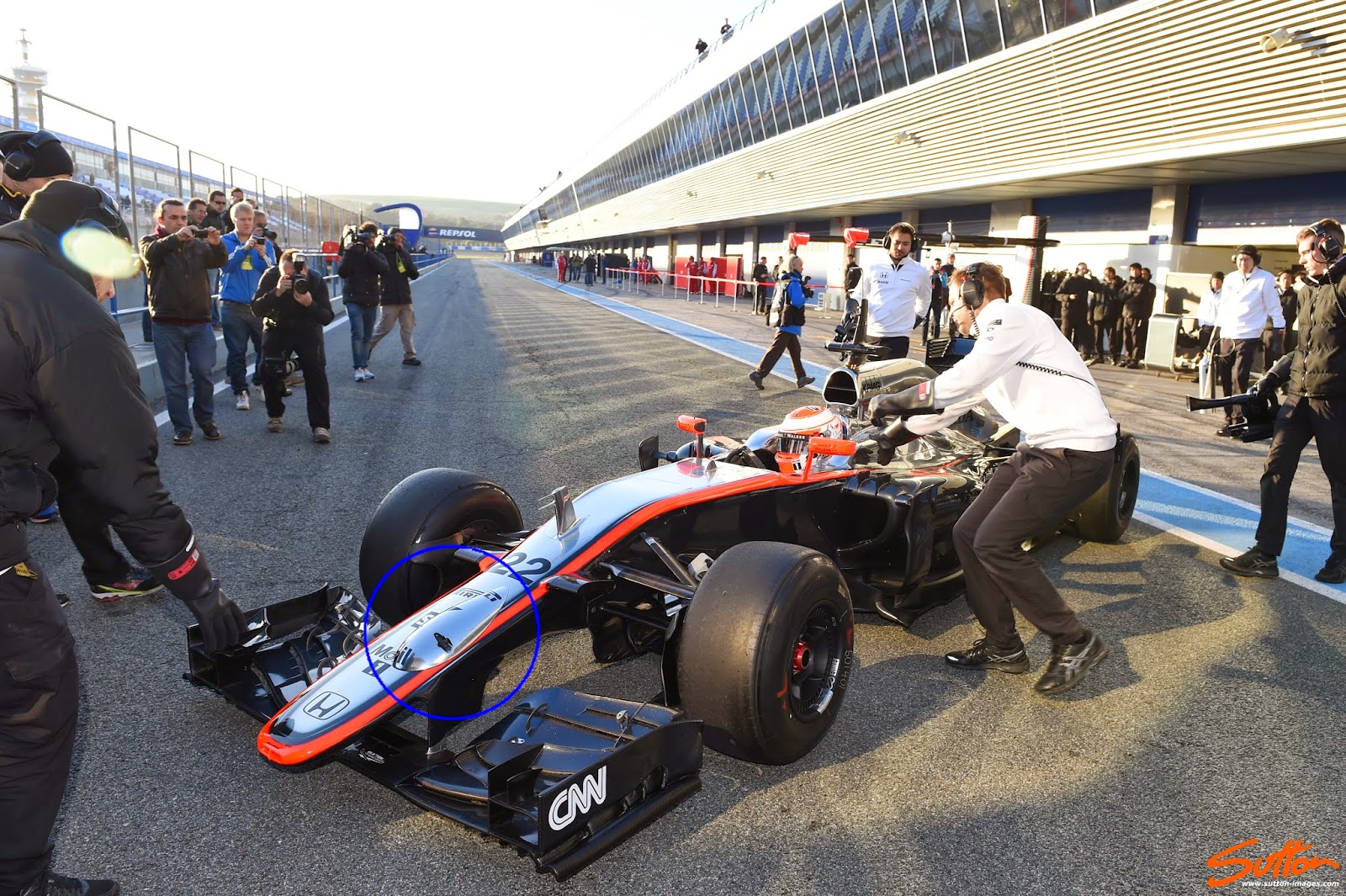 McLaren monitoring front wing flex/deflection, this looks across at points on the front wing endplate (usually dots) to see how the wing changes under aerodynamic load 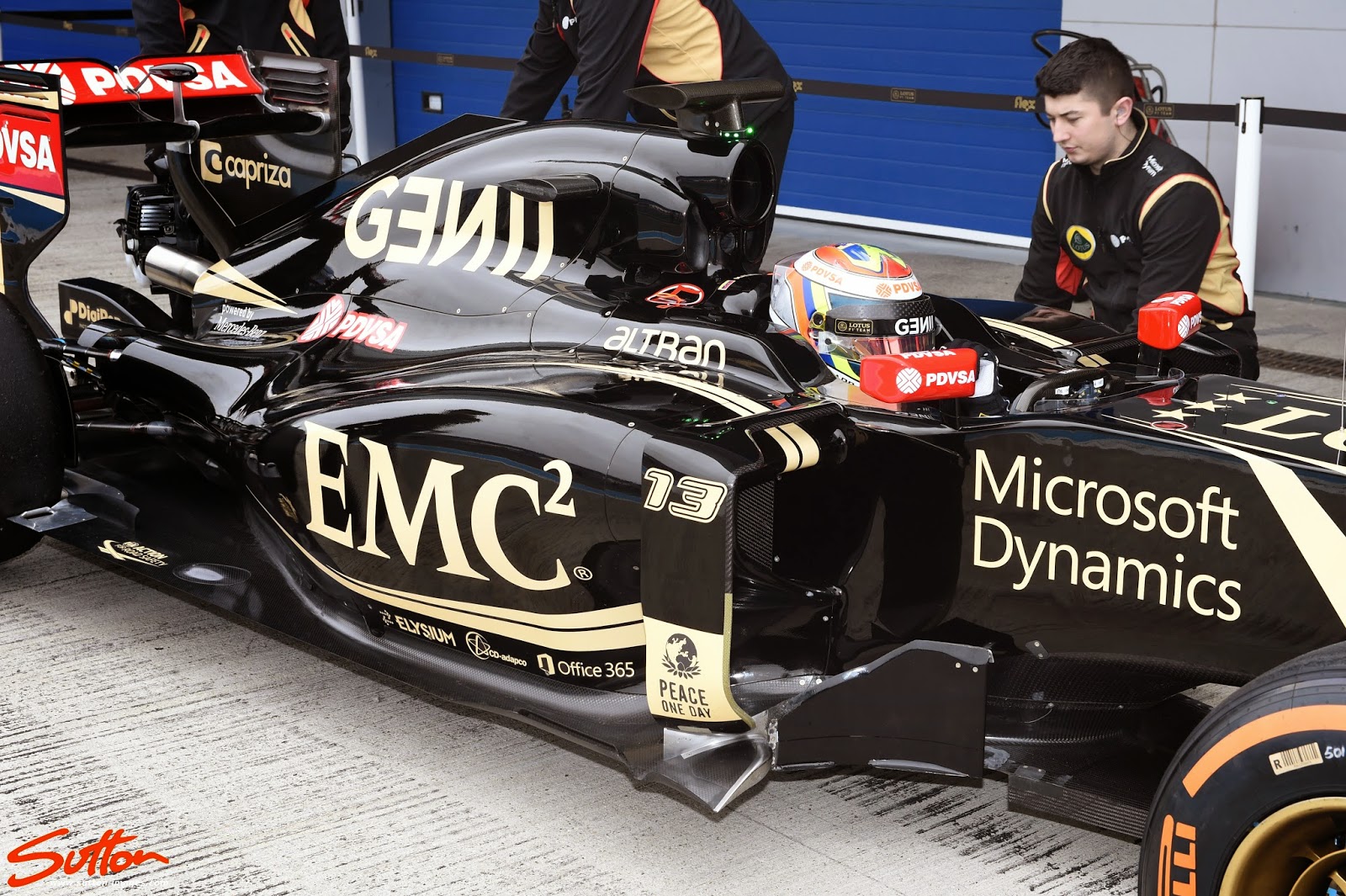 Some nice shots of the Lotus E23 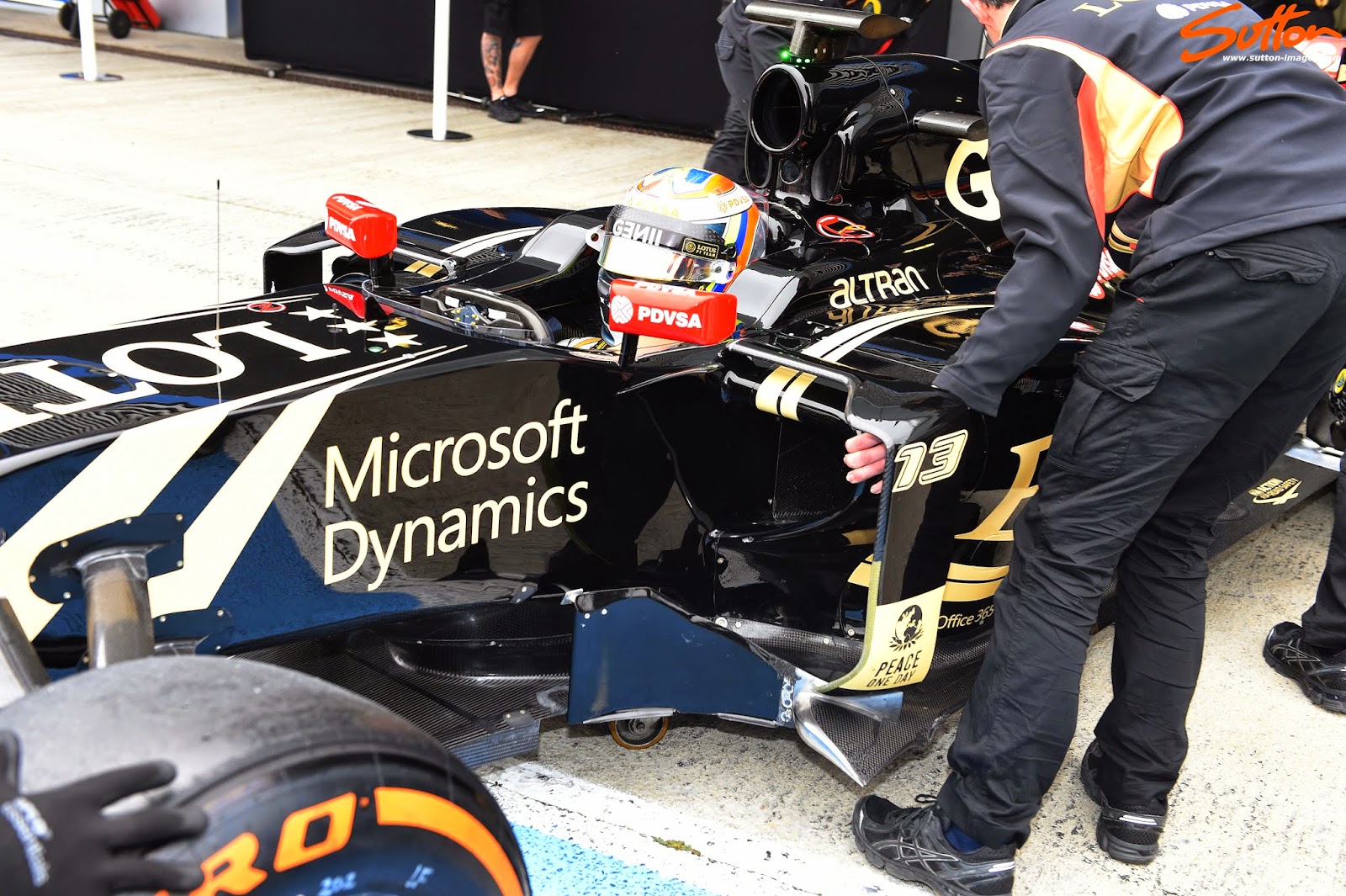 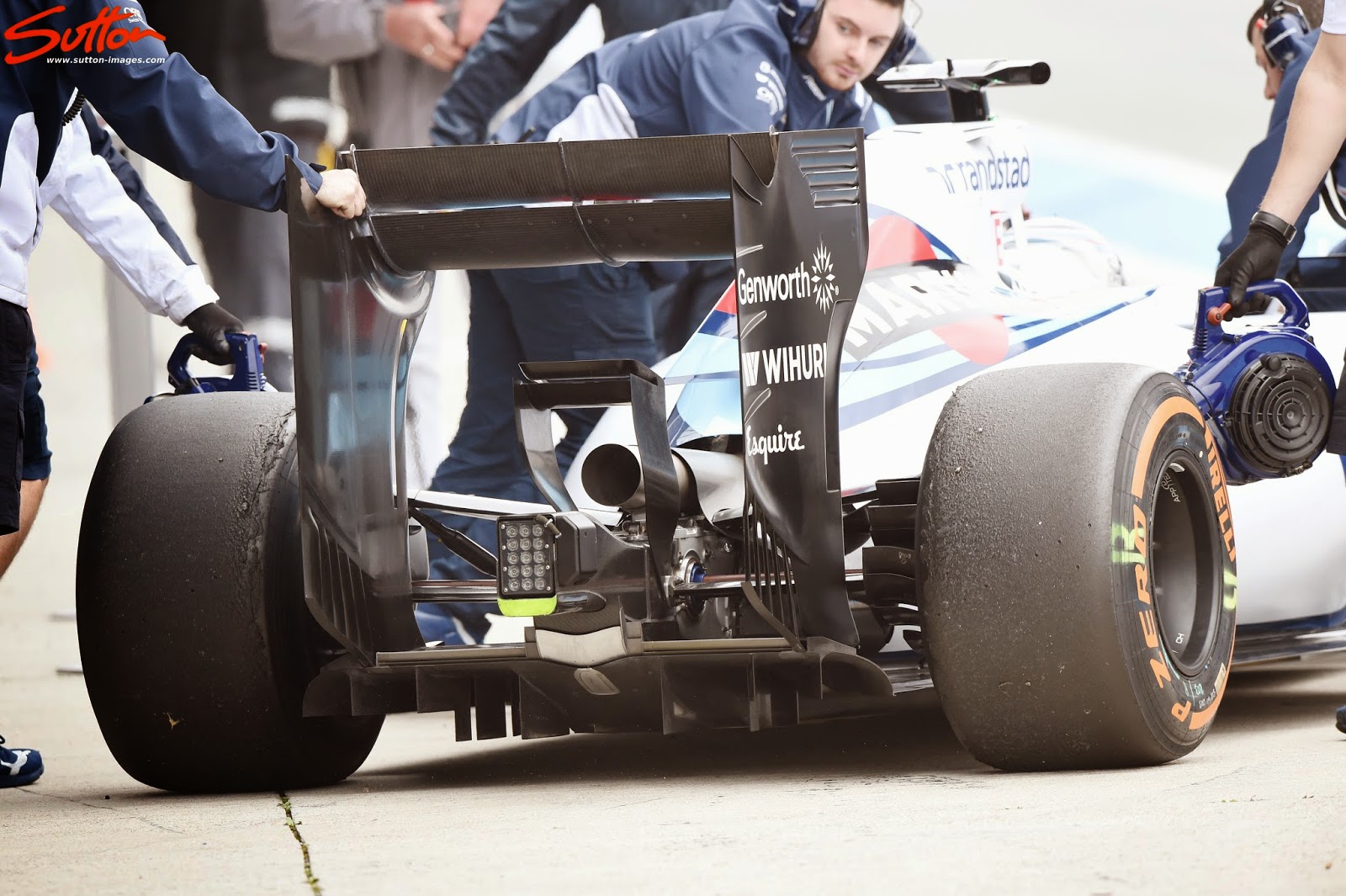 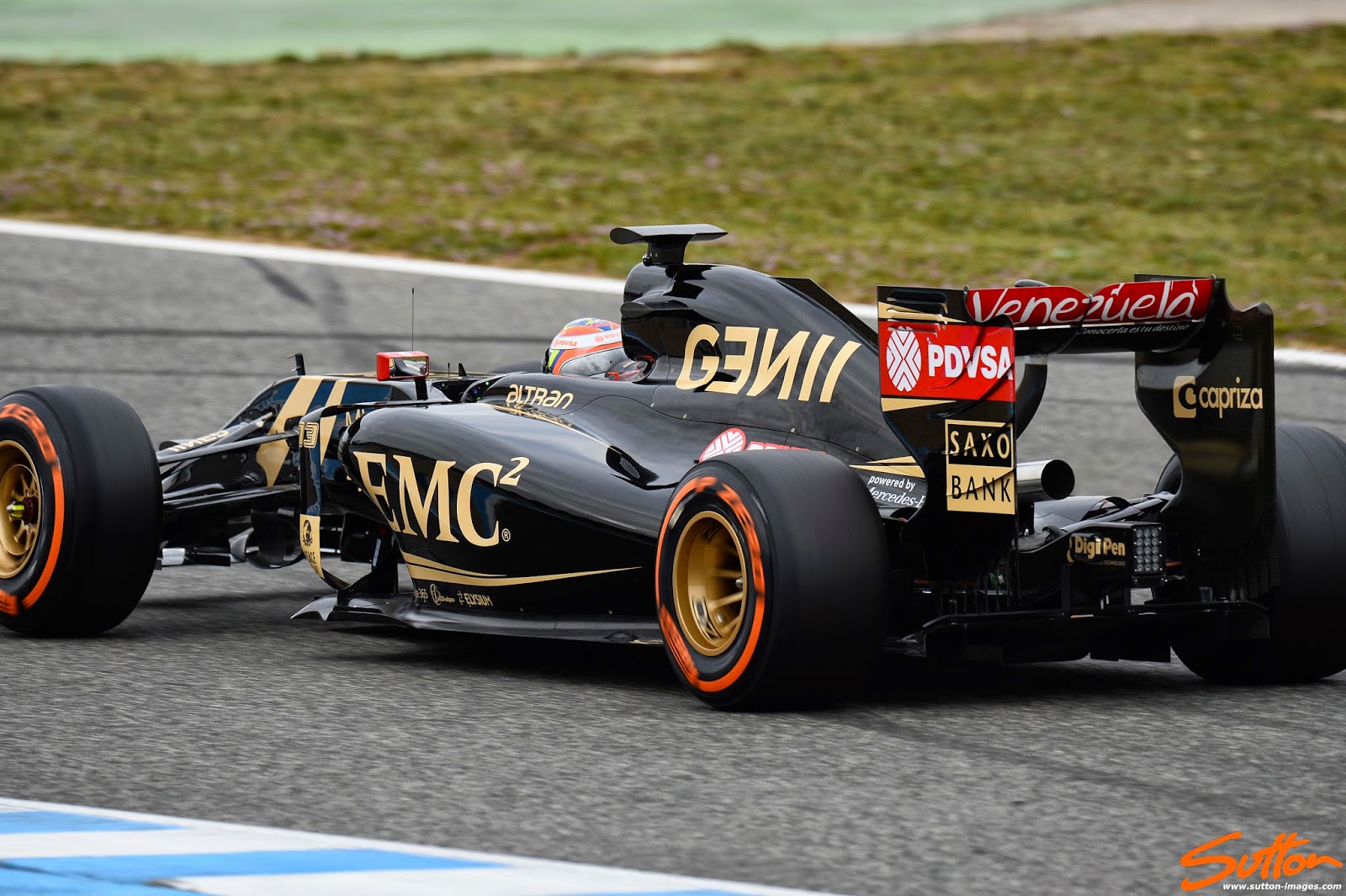 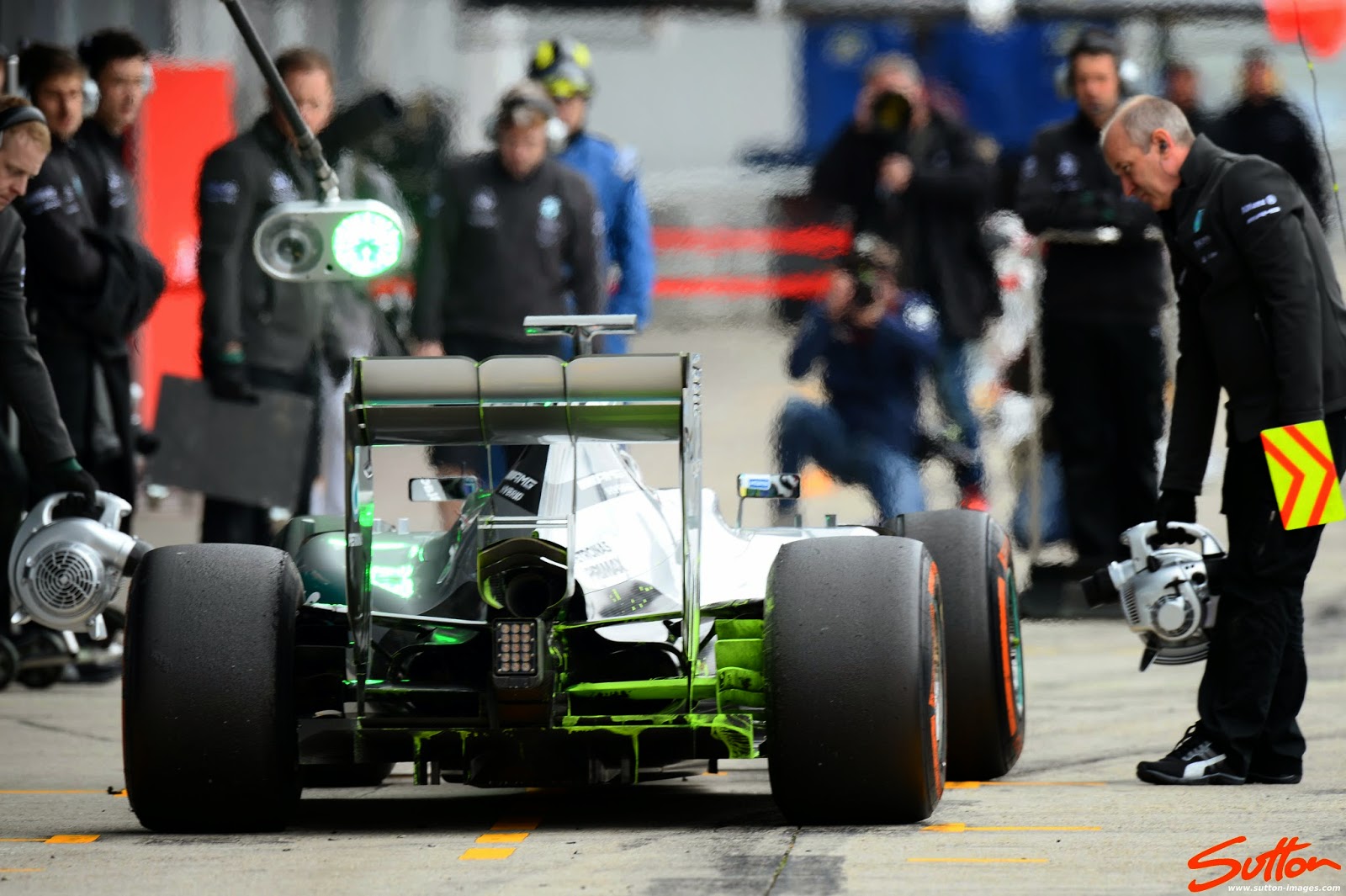 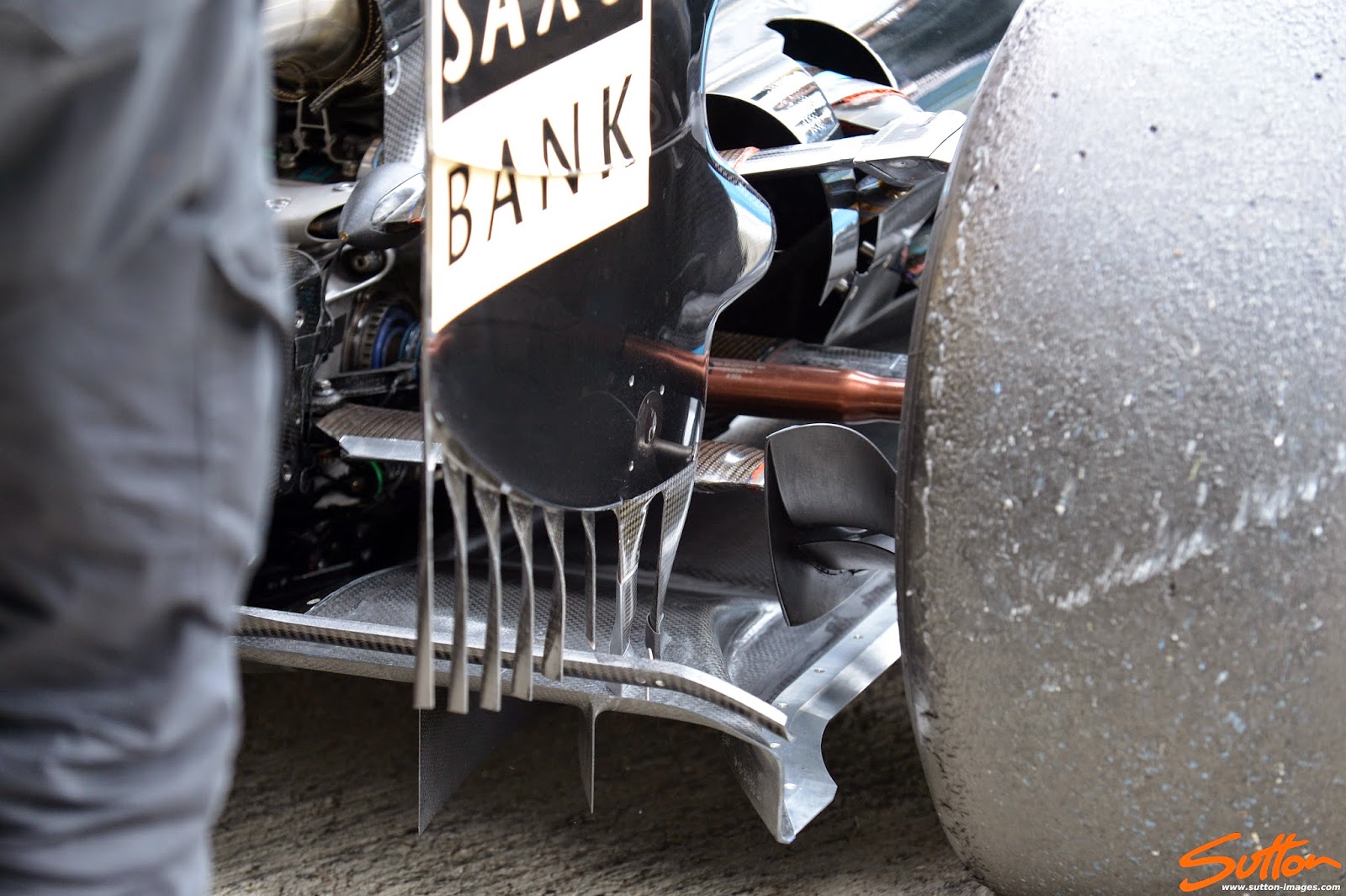 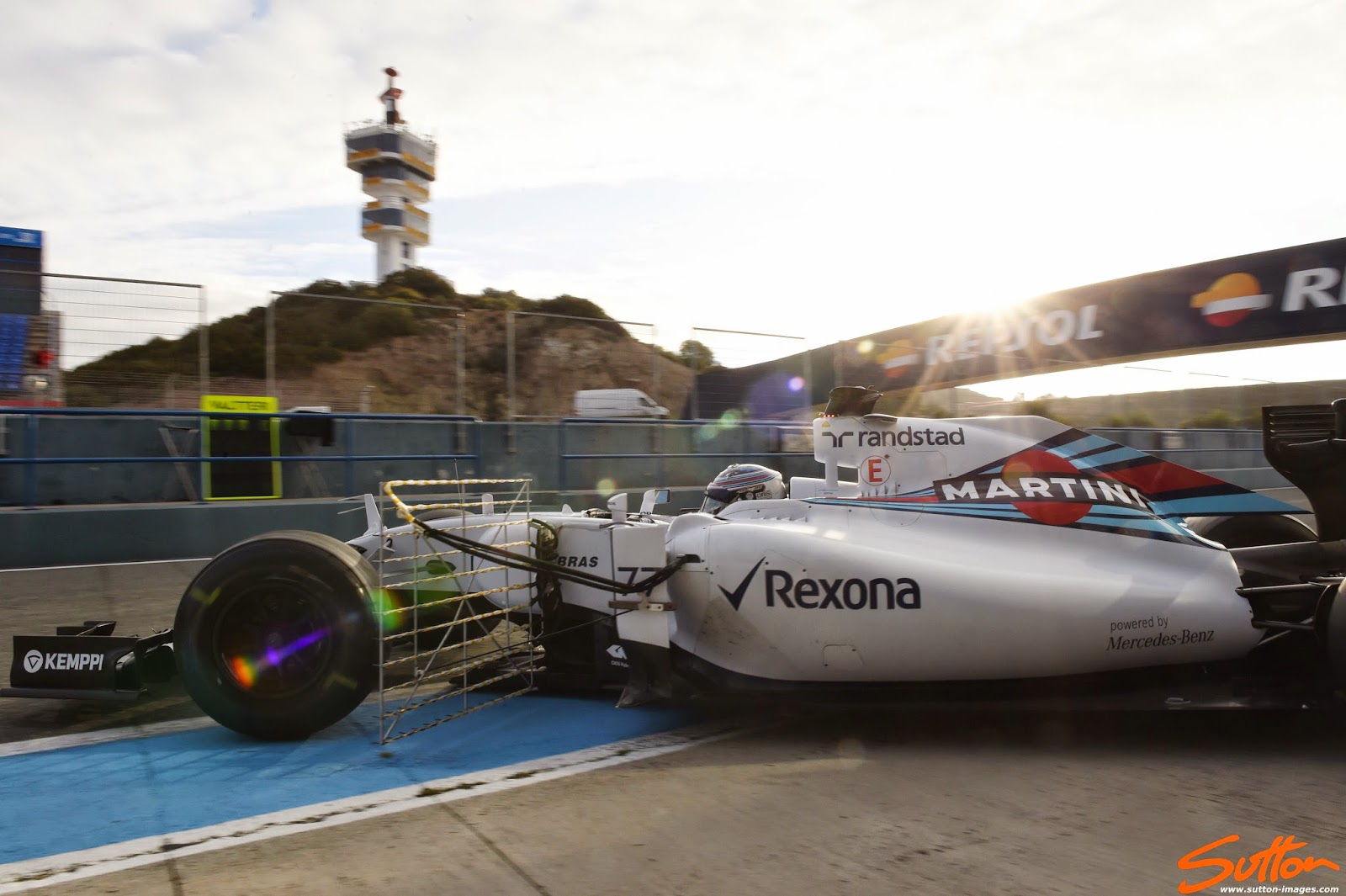 Williams running a kiel probe rake behind the front tyre 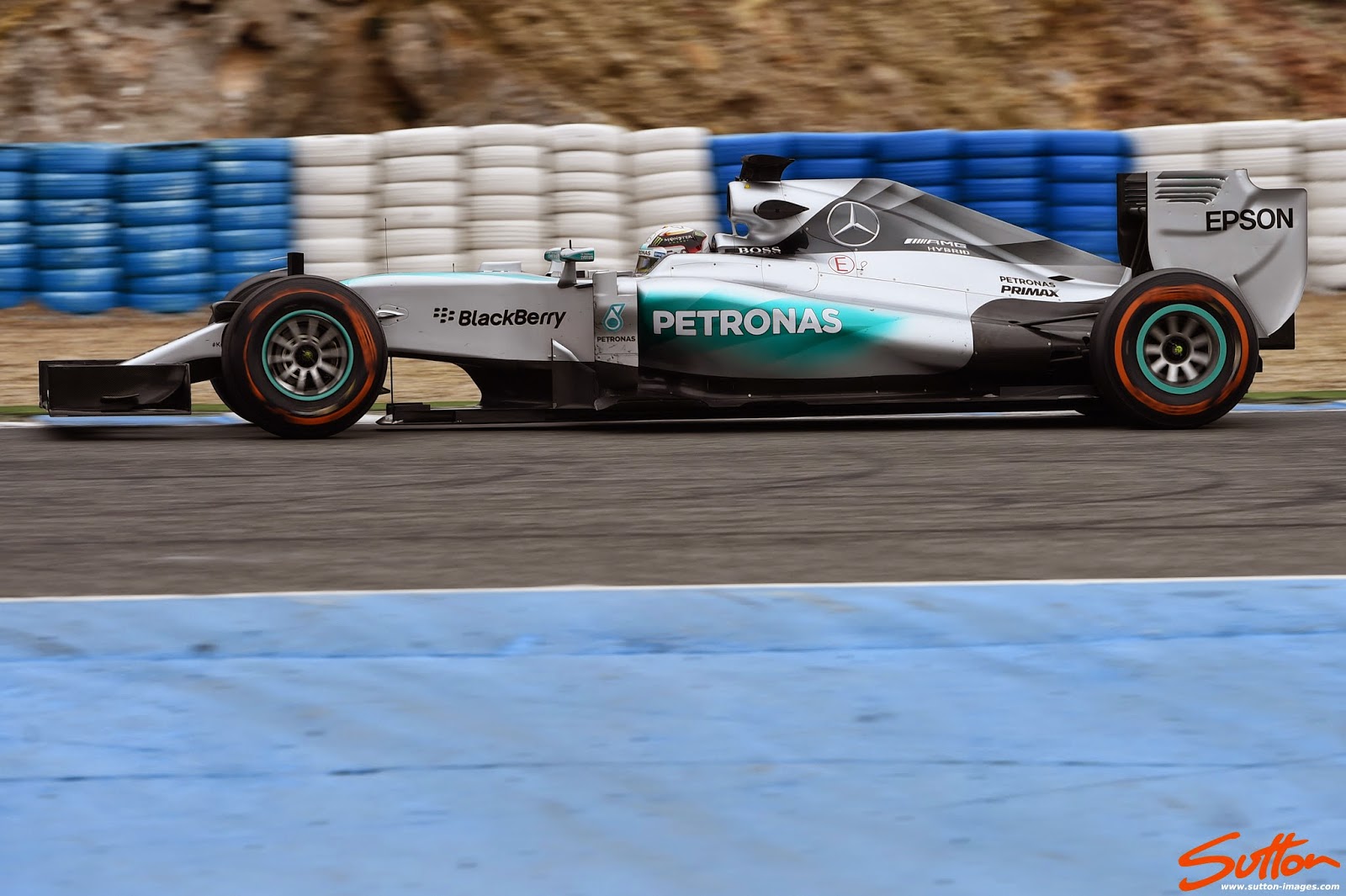 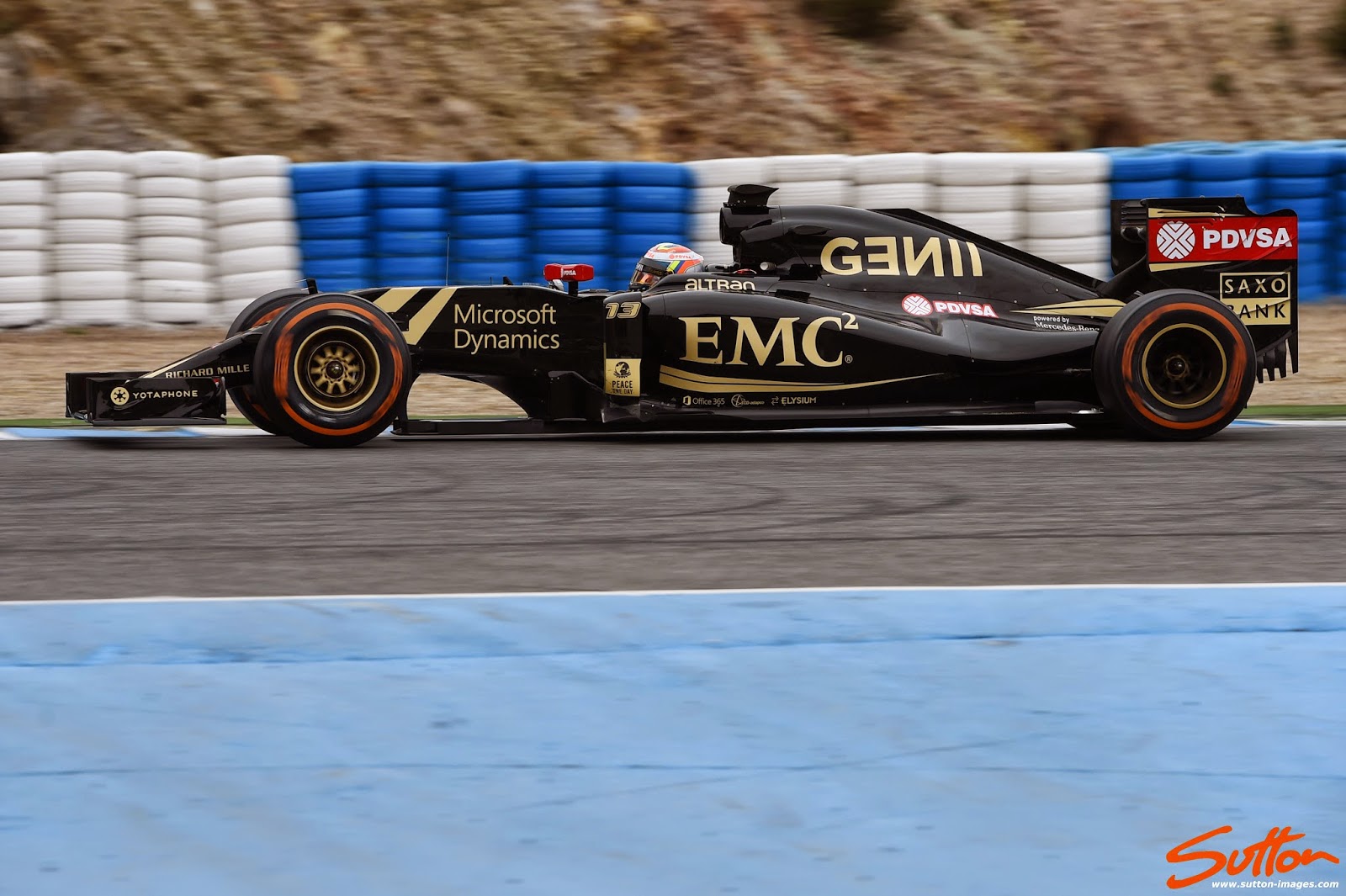 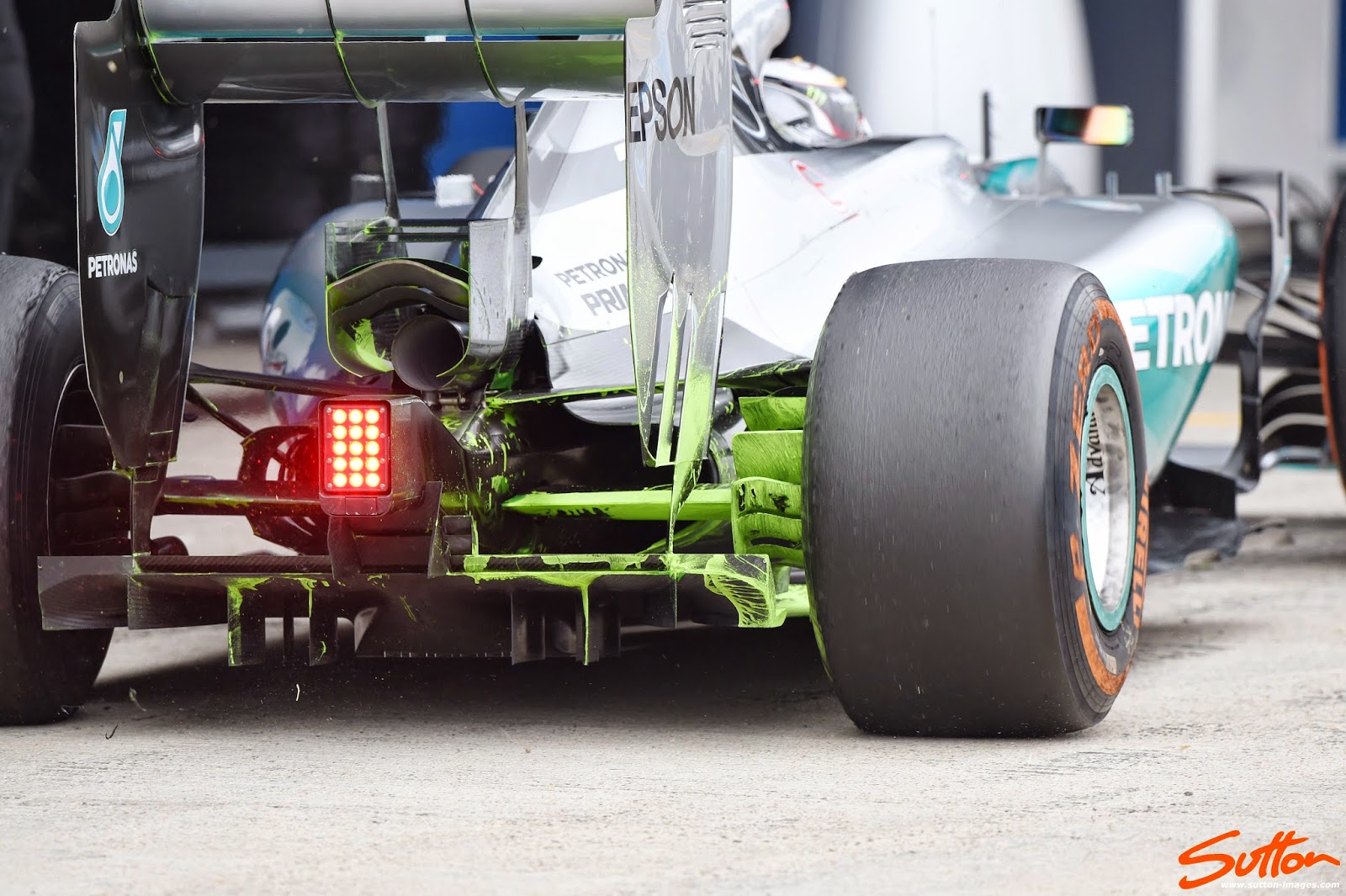 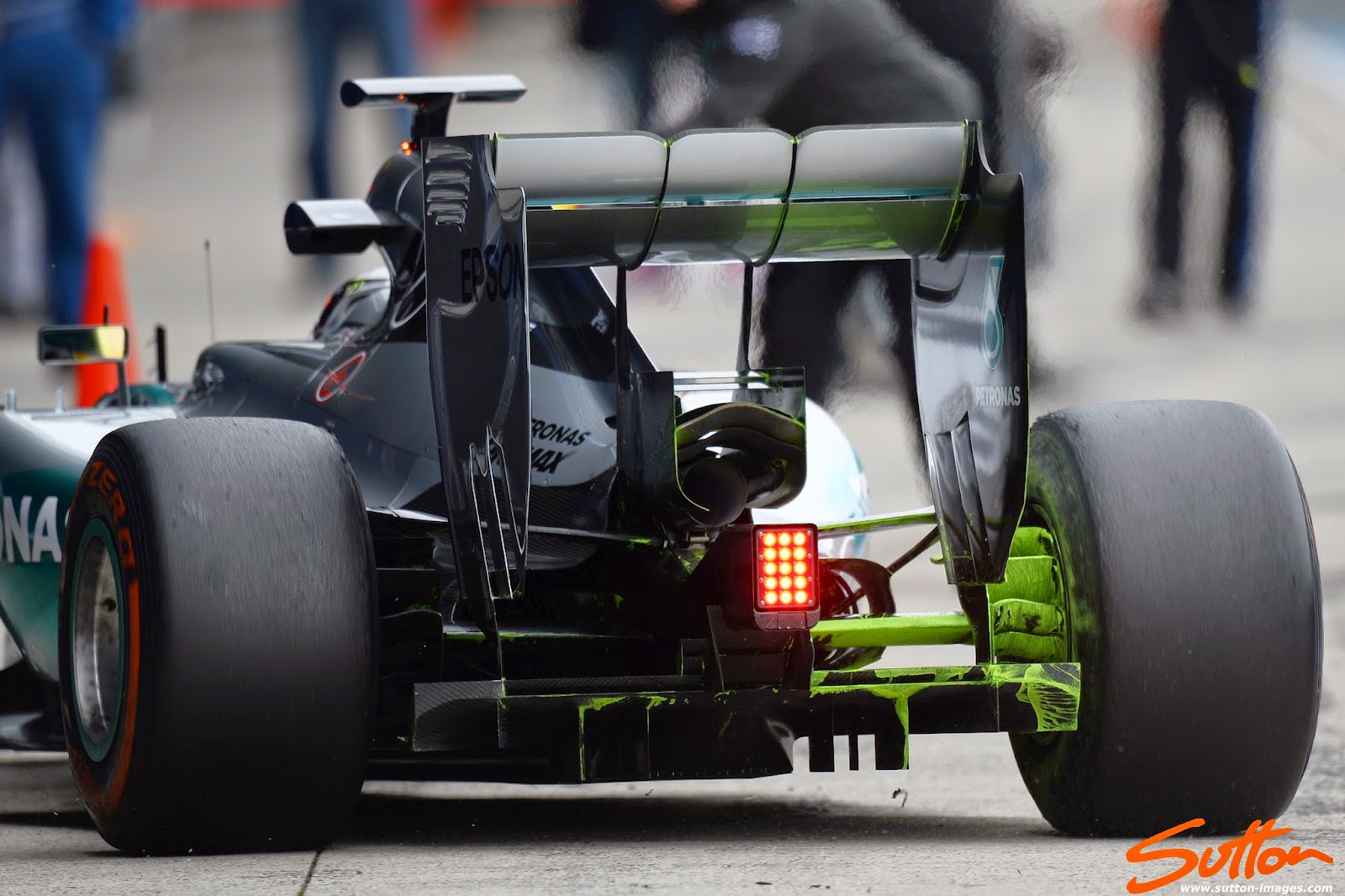 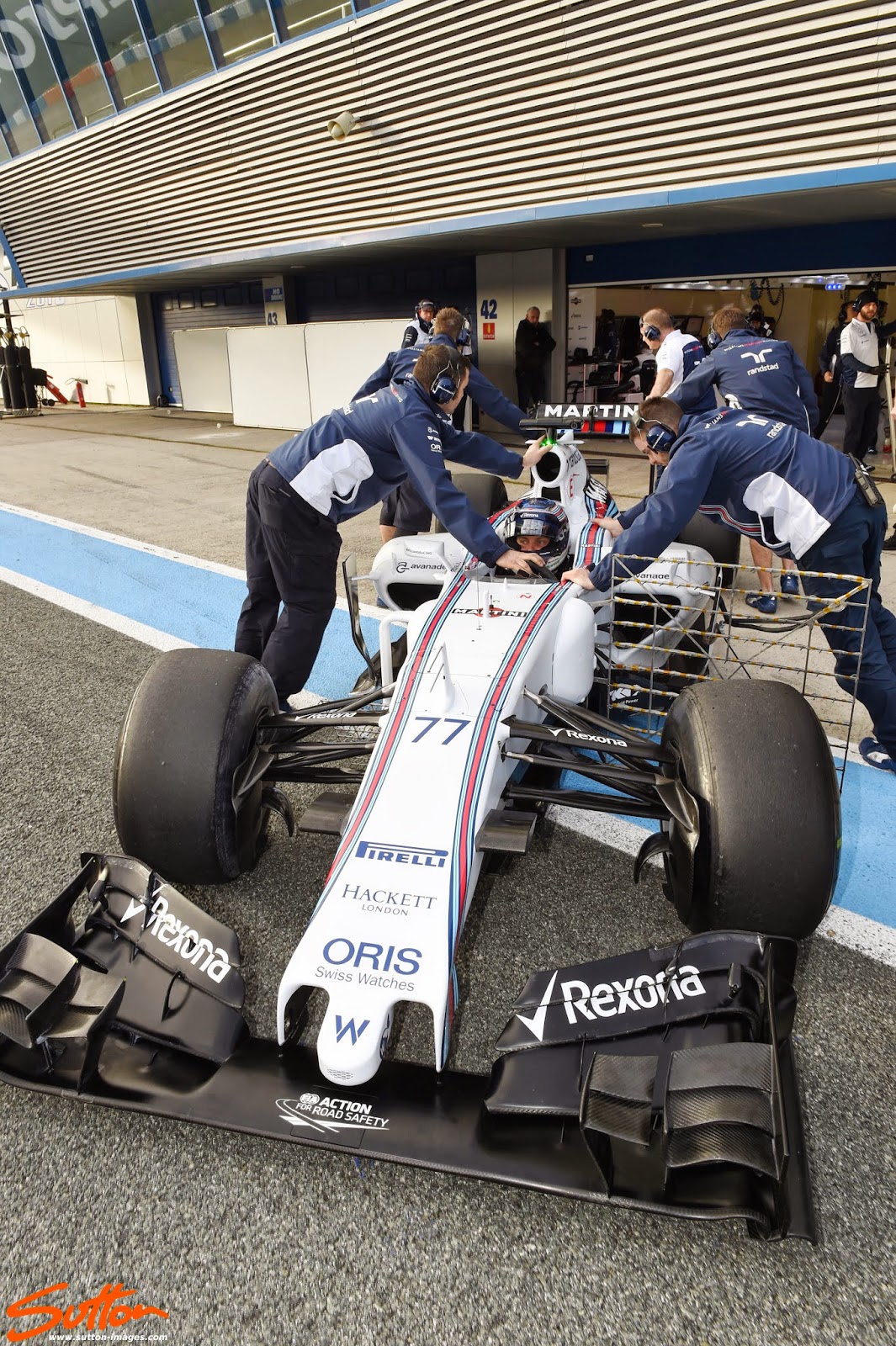 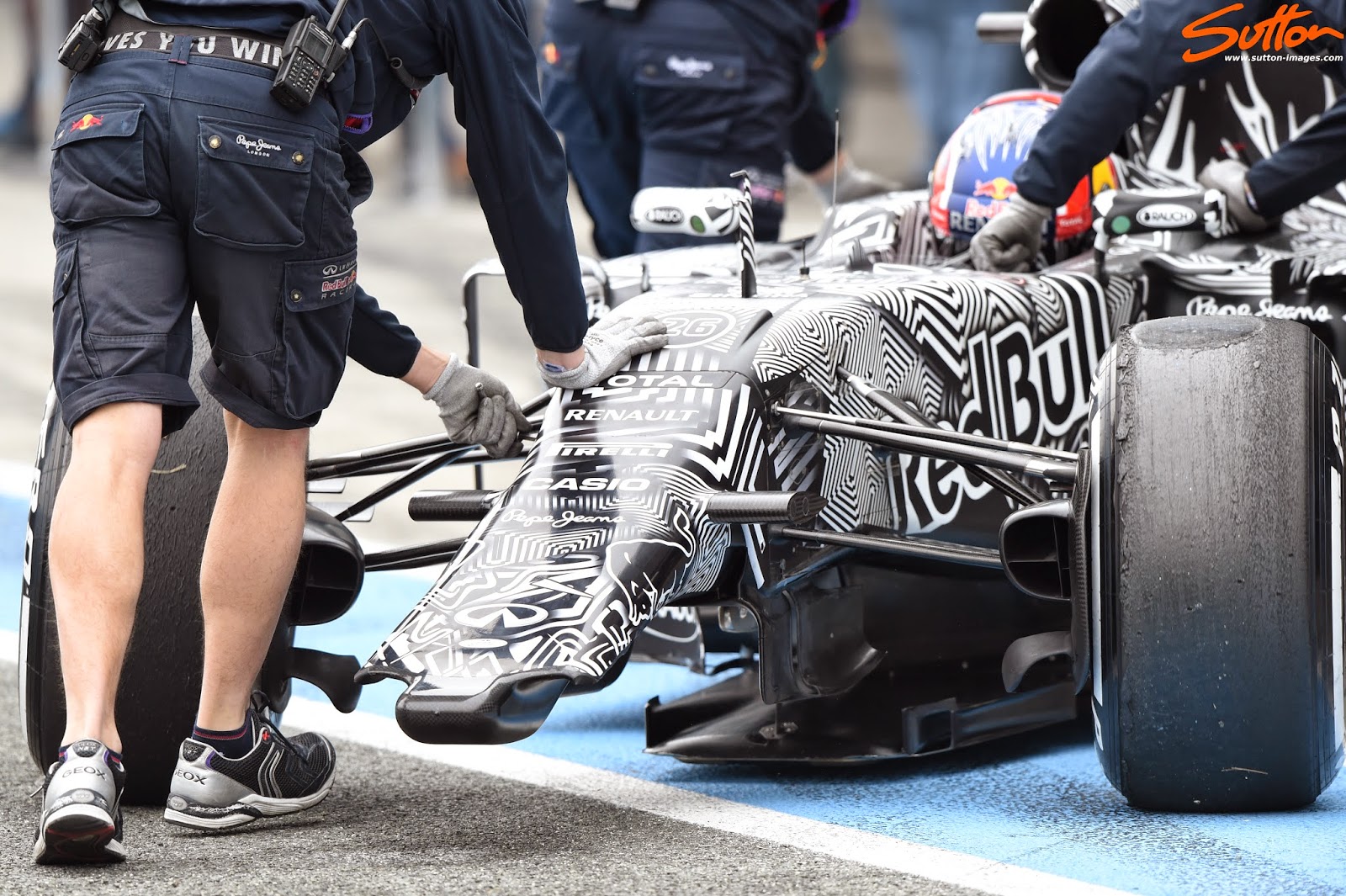 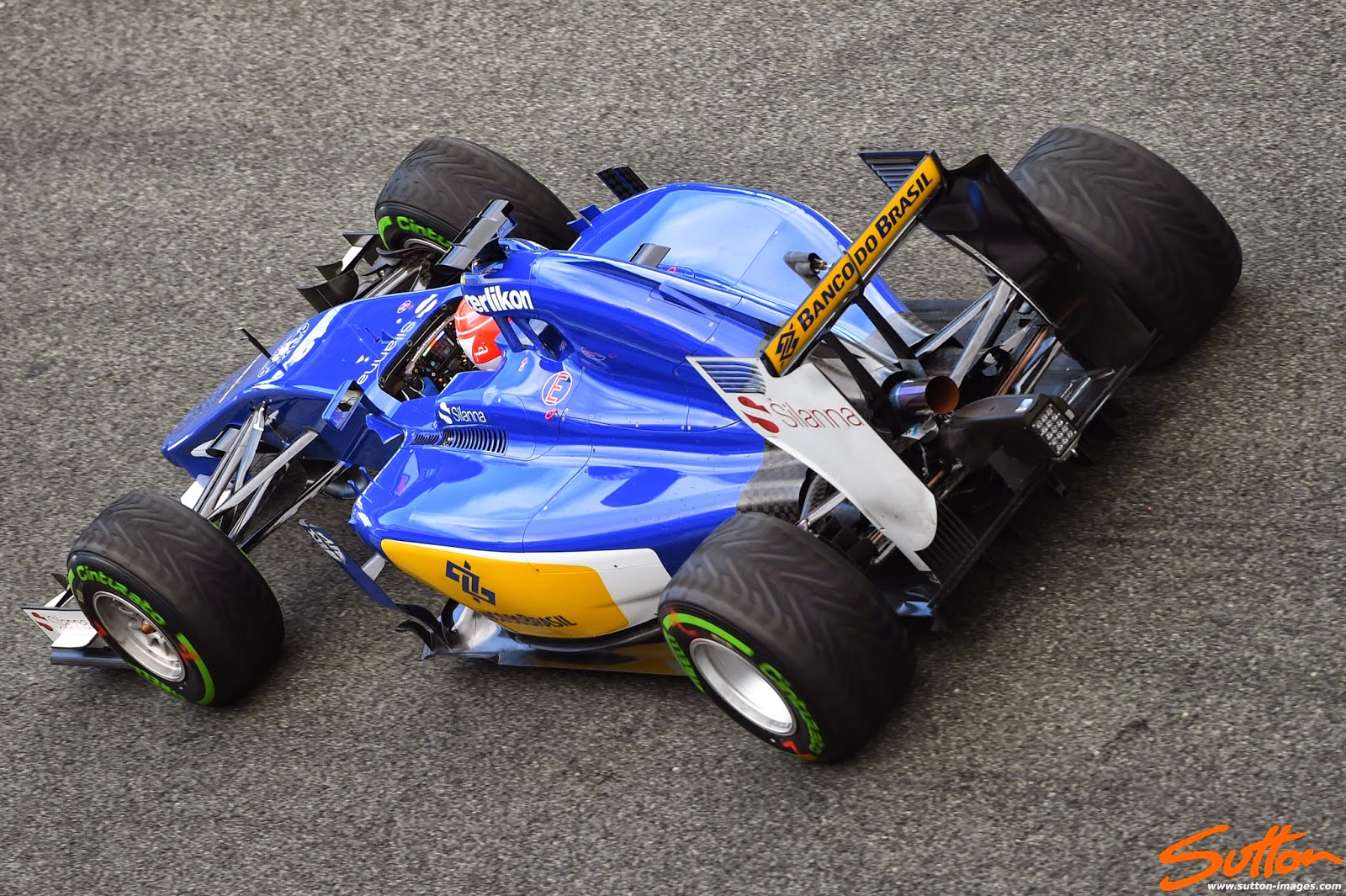 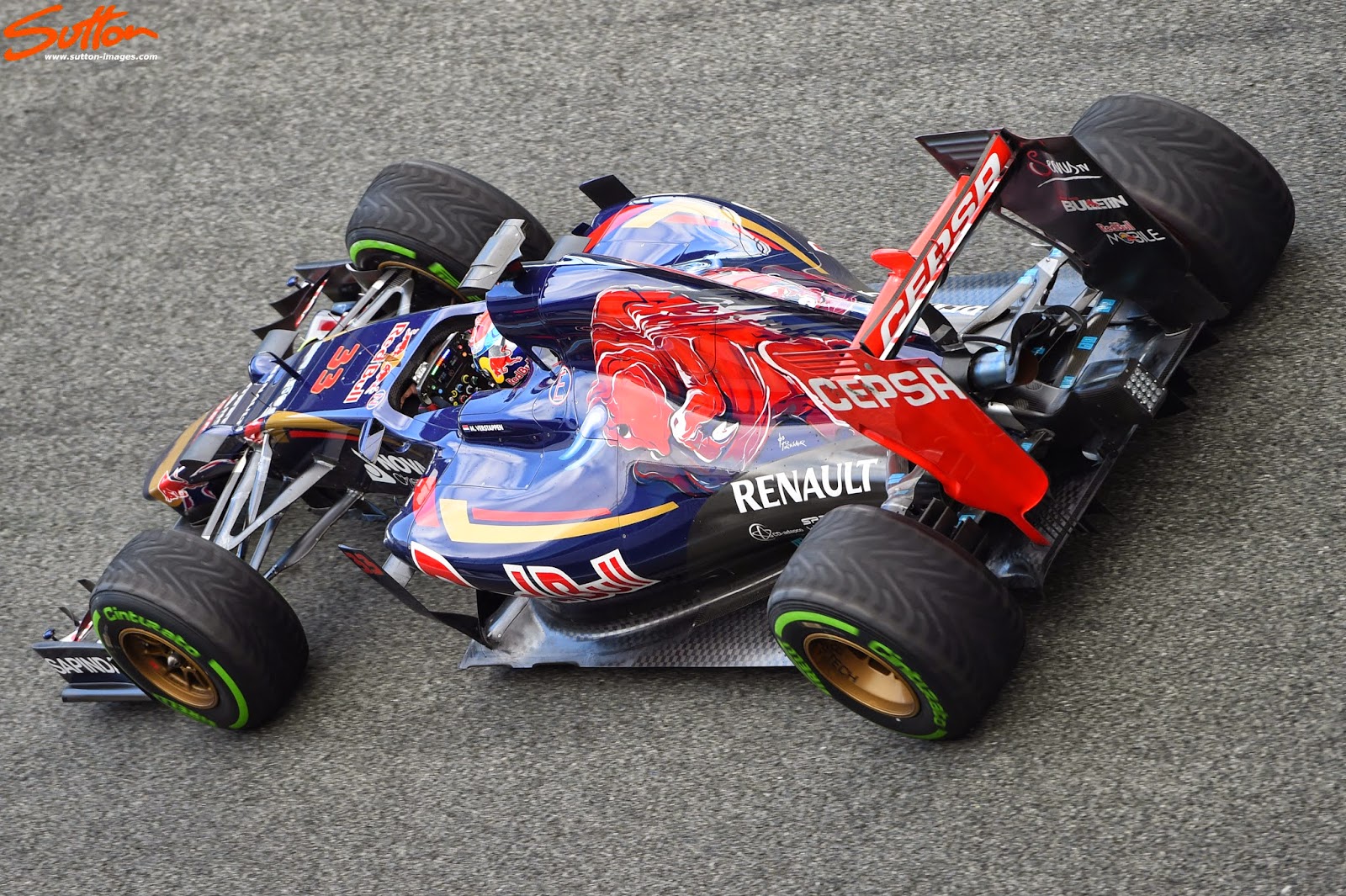 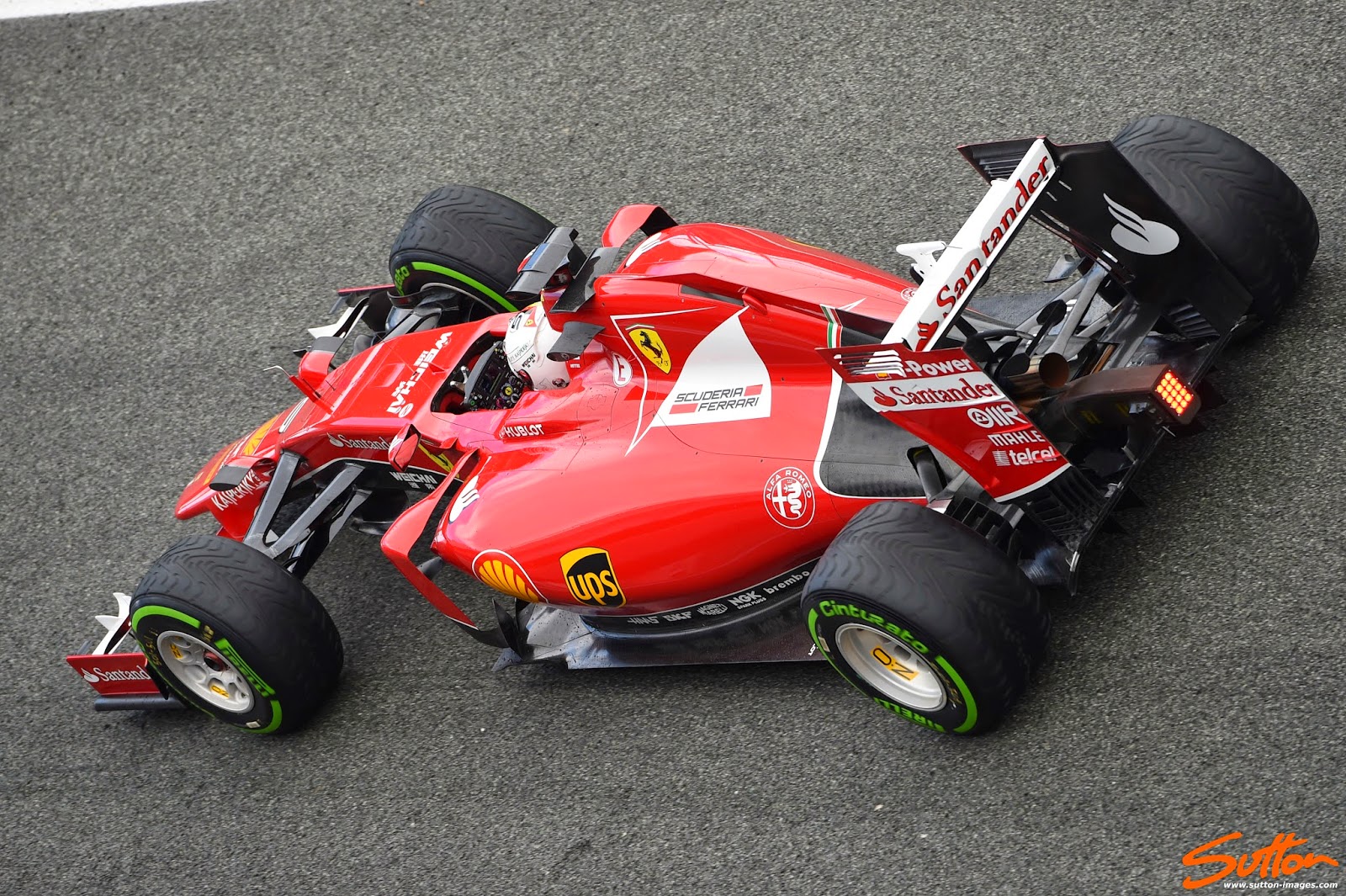 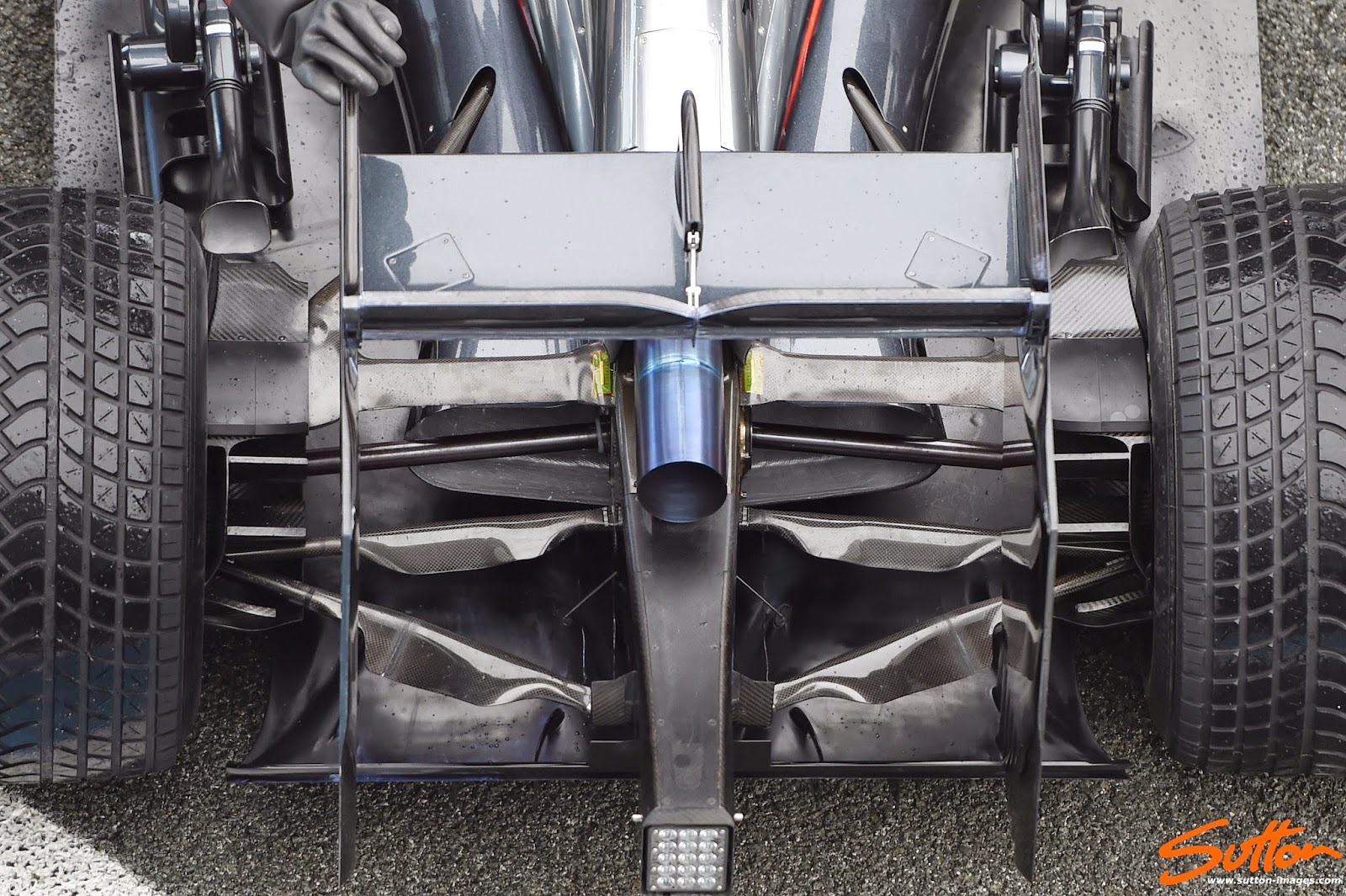 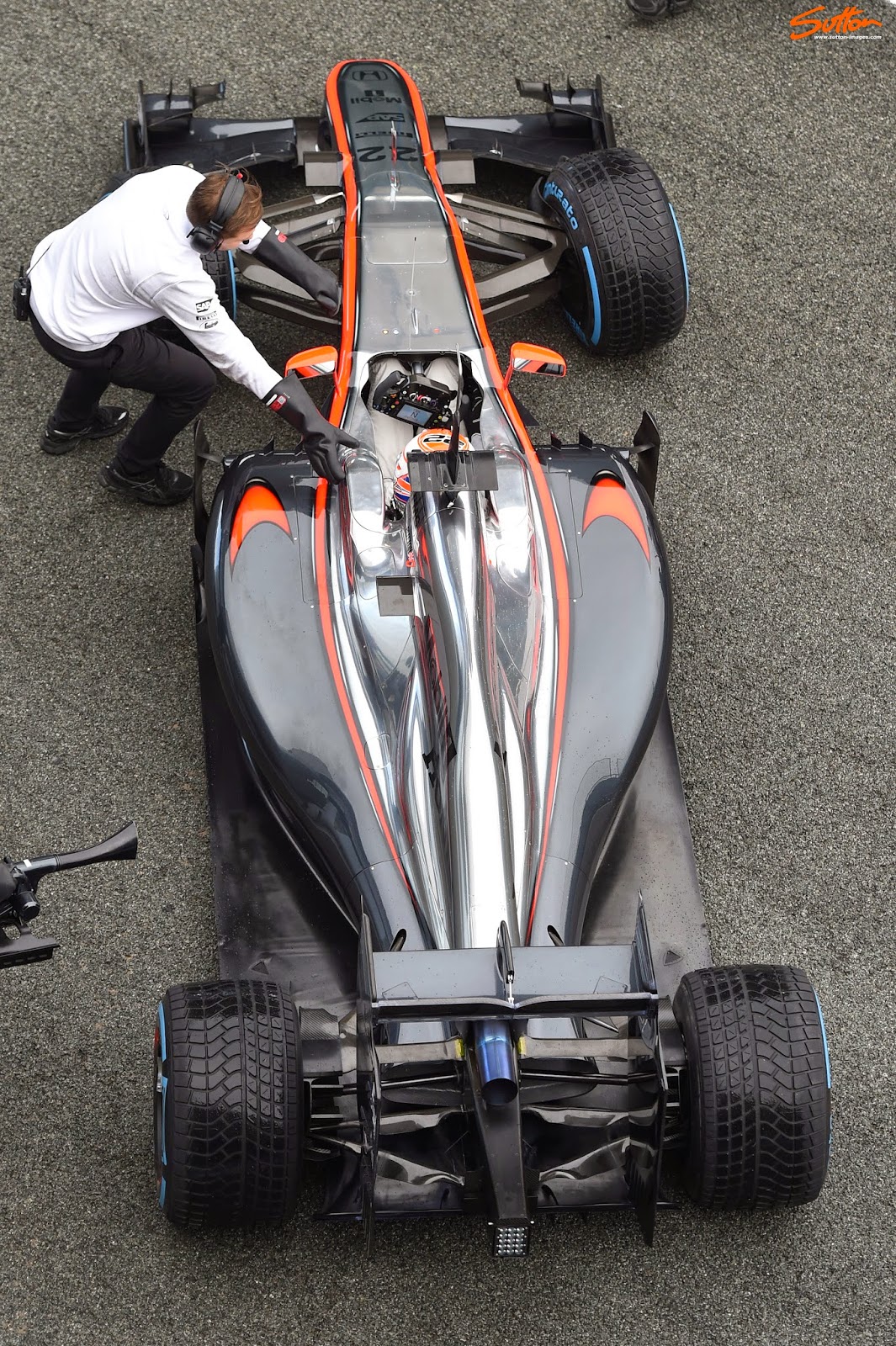 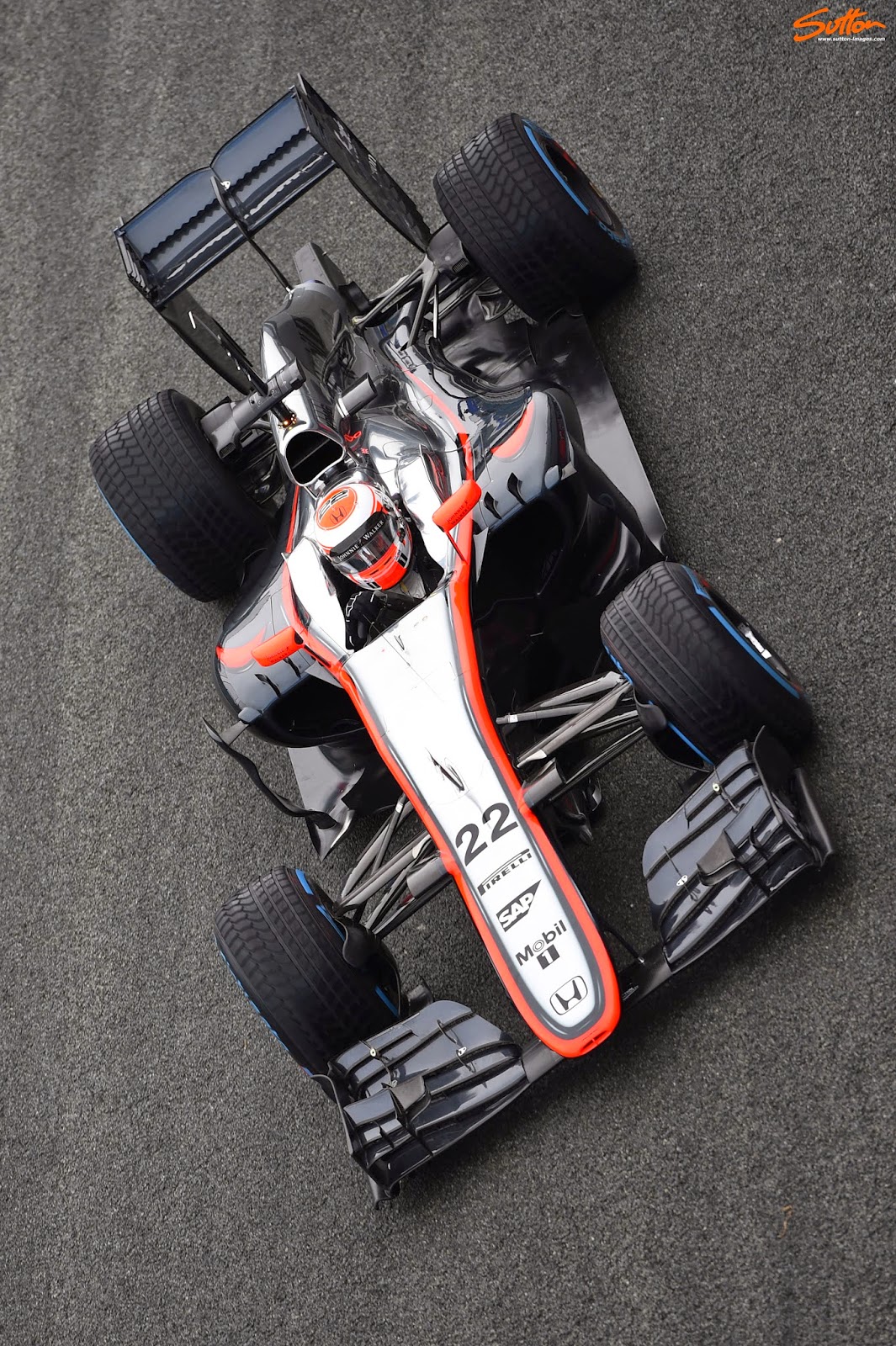 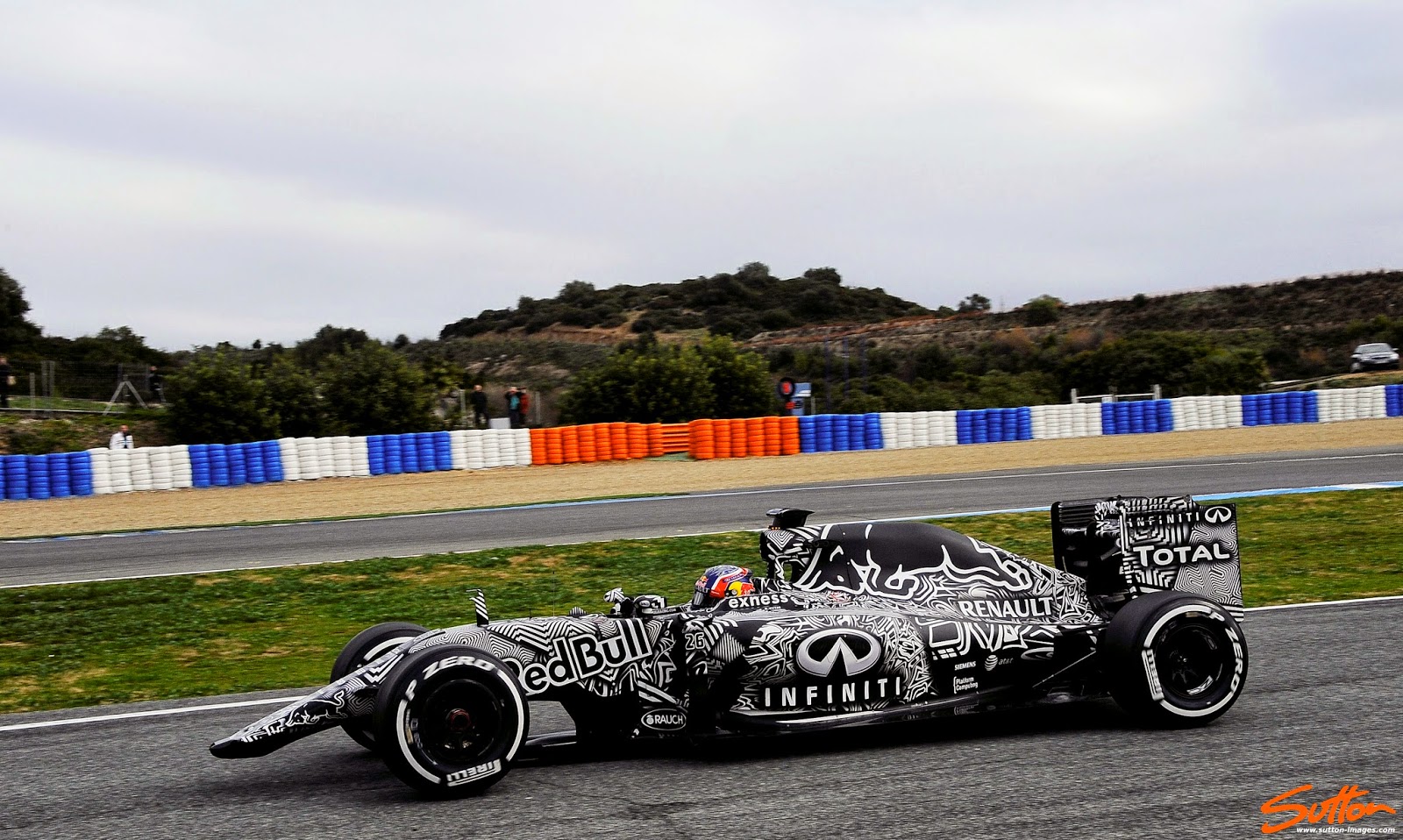 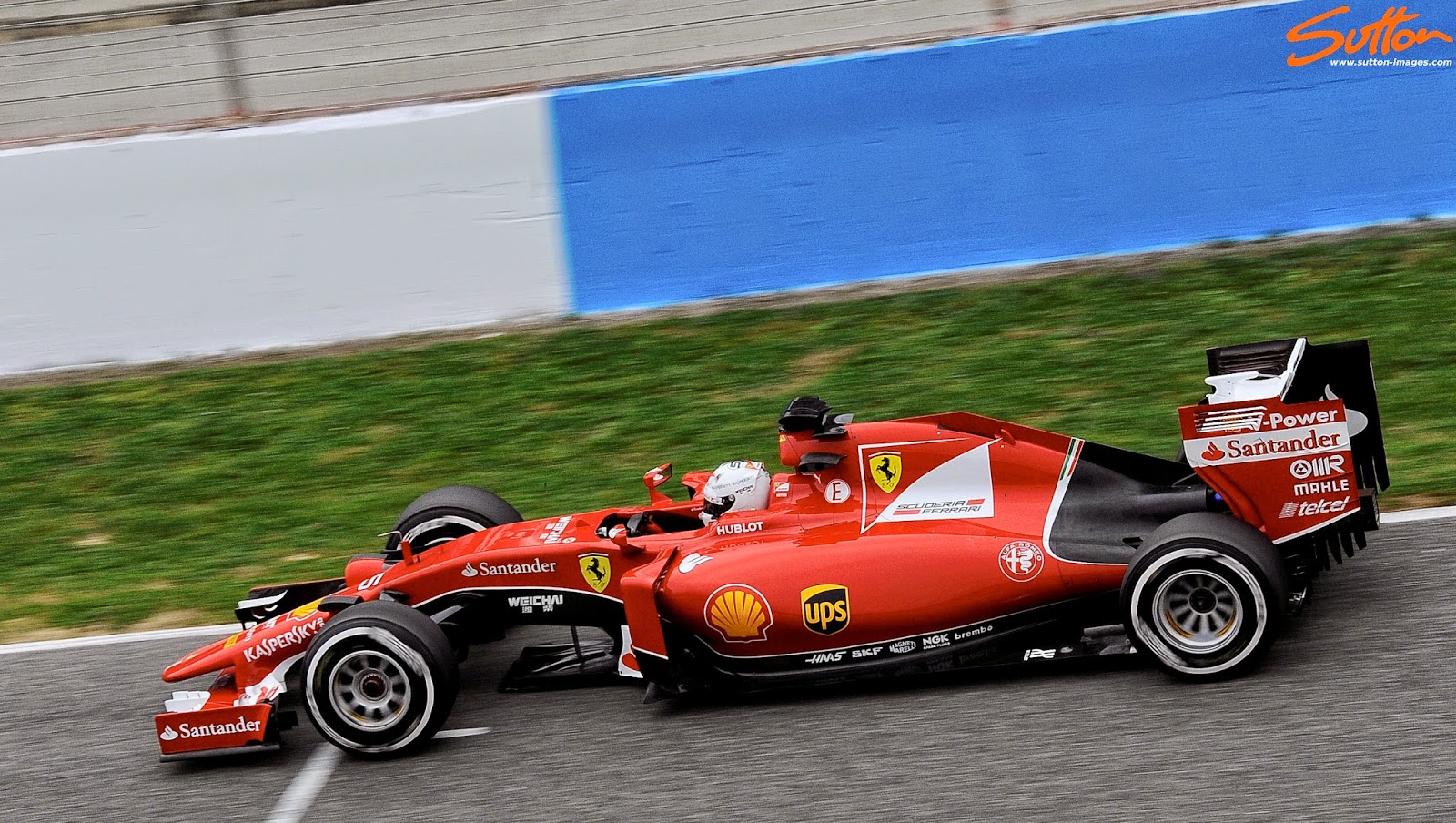 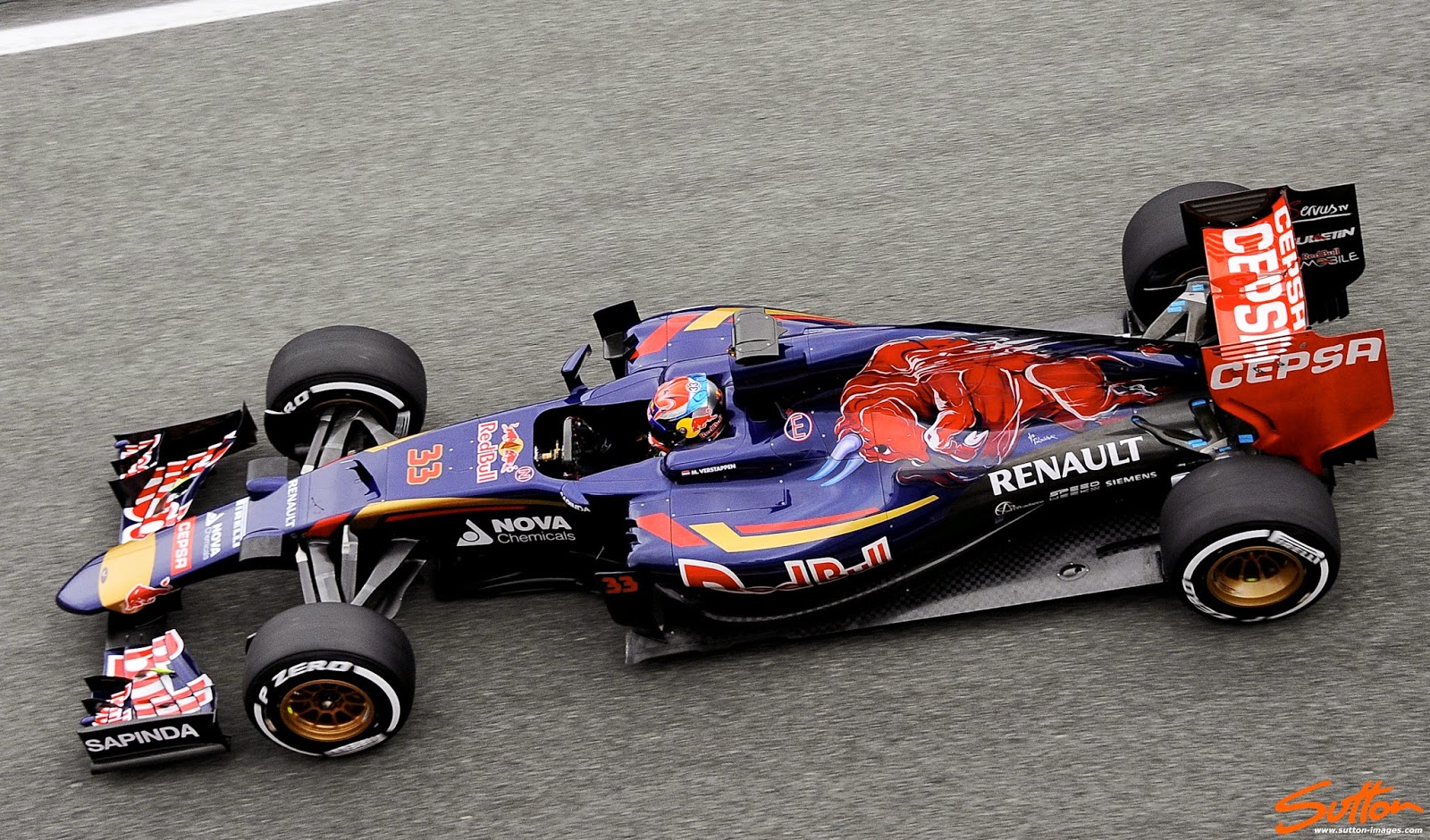