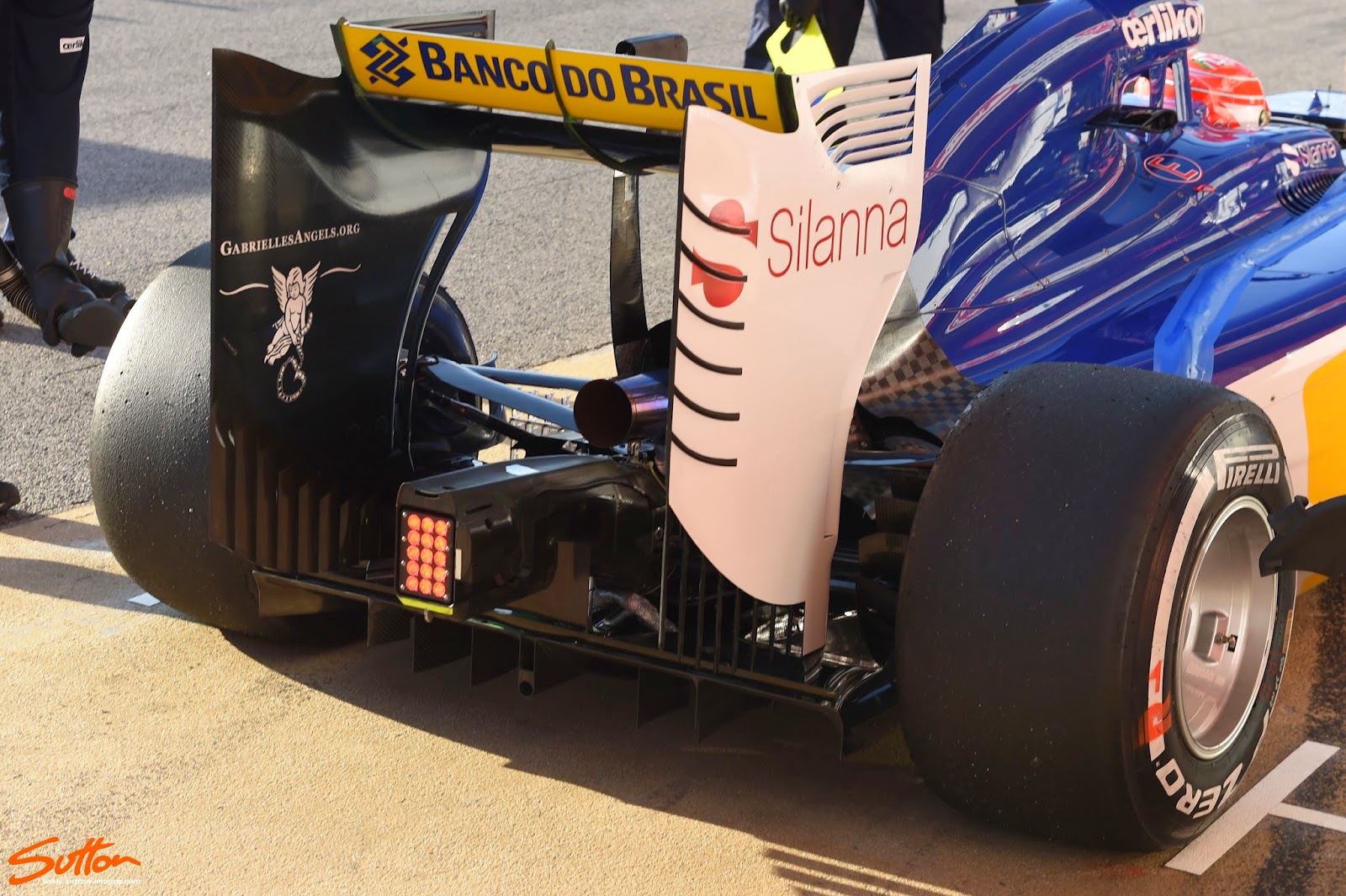 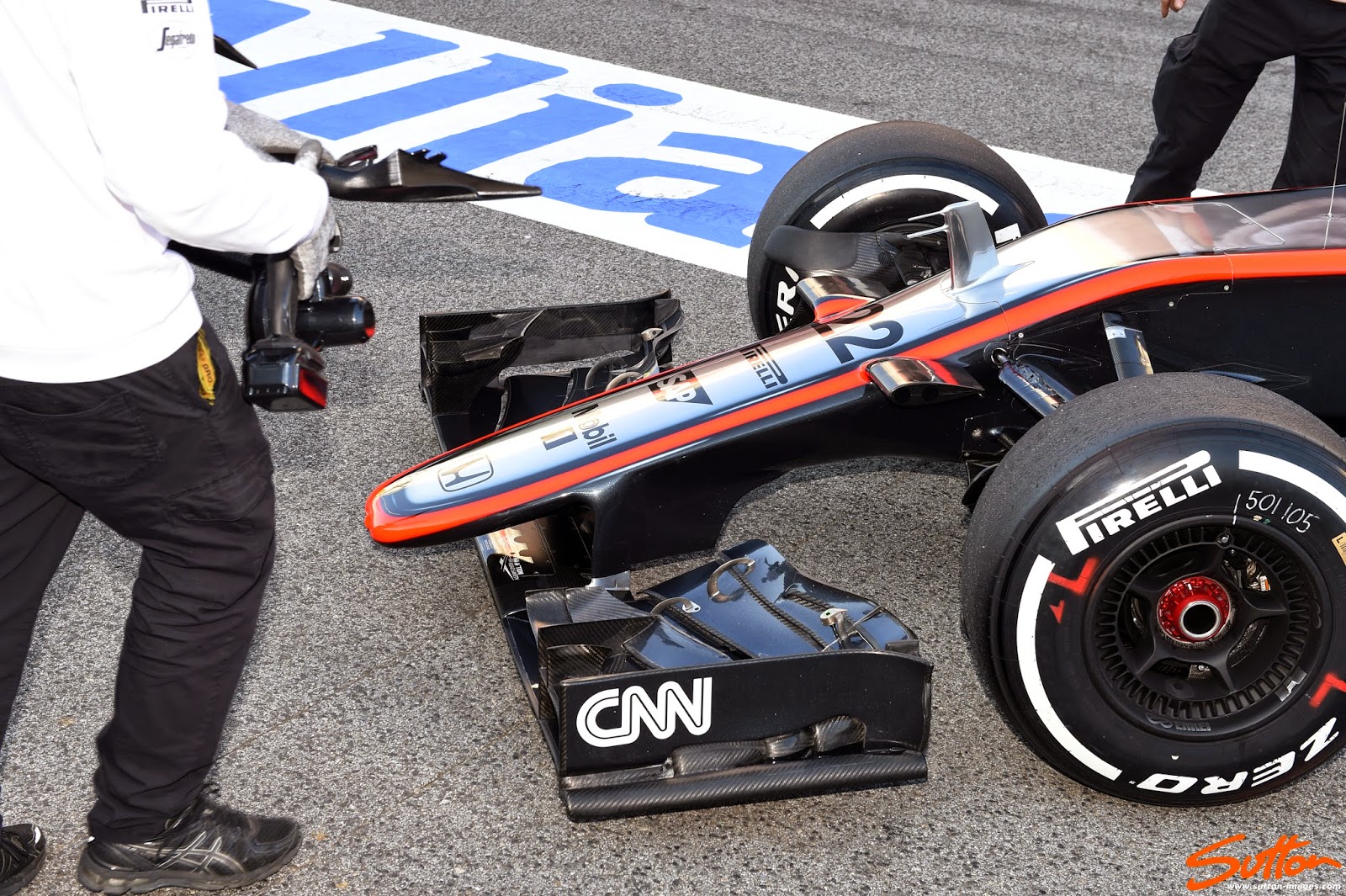 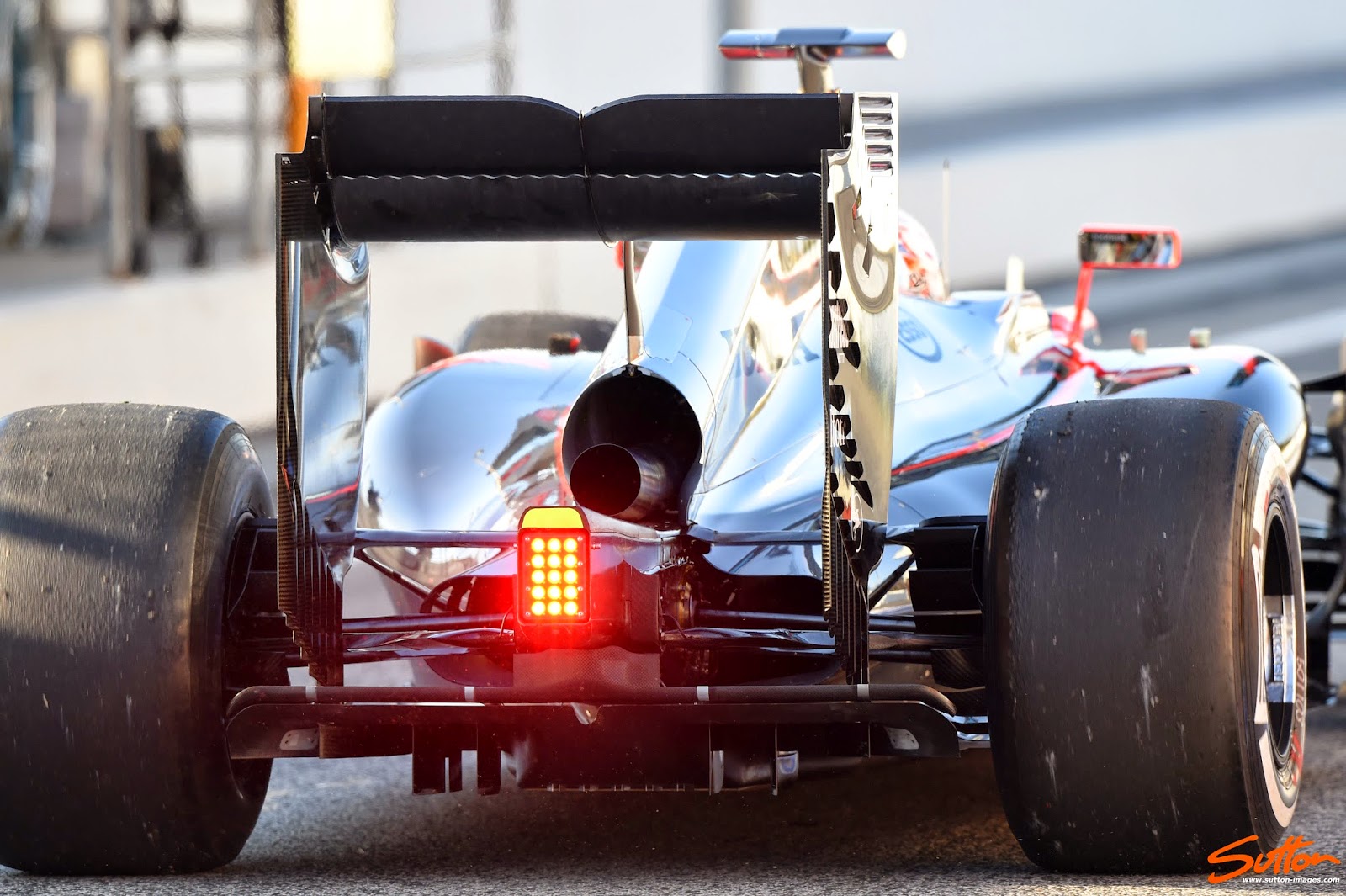 McLaren MP4-30 rear end detail, note the small V in the centre of the diffuser, rather than the full U used latterly in 2014 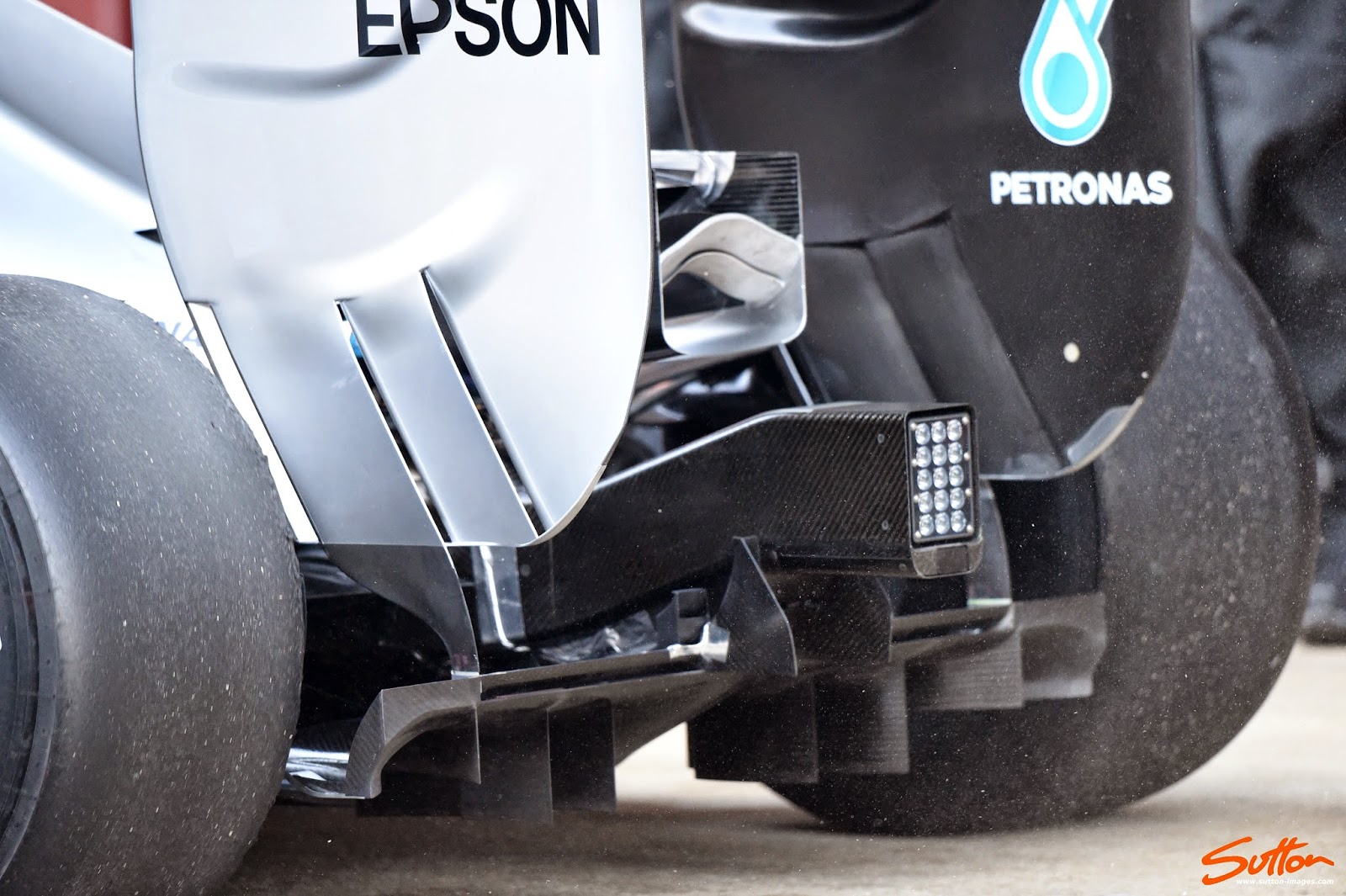 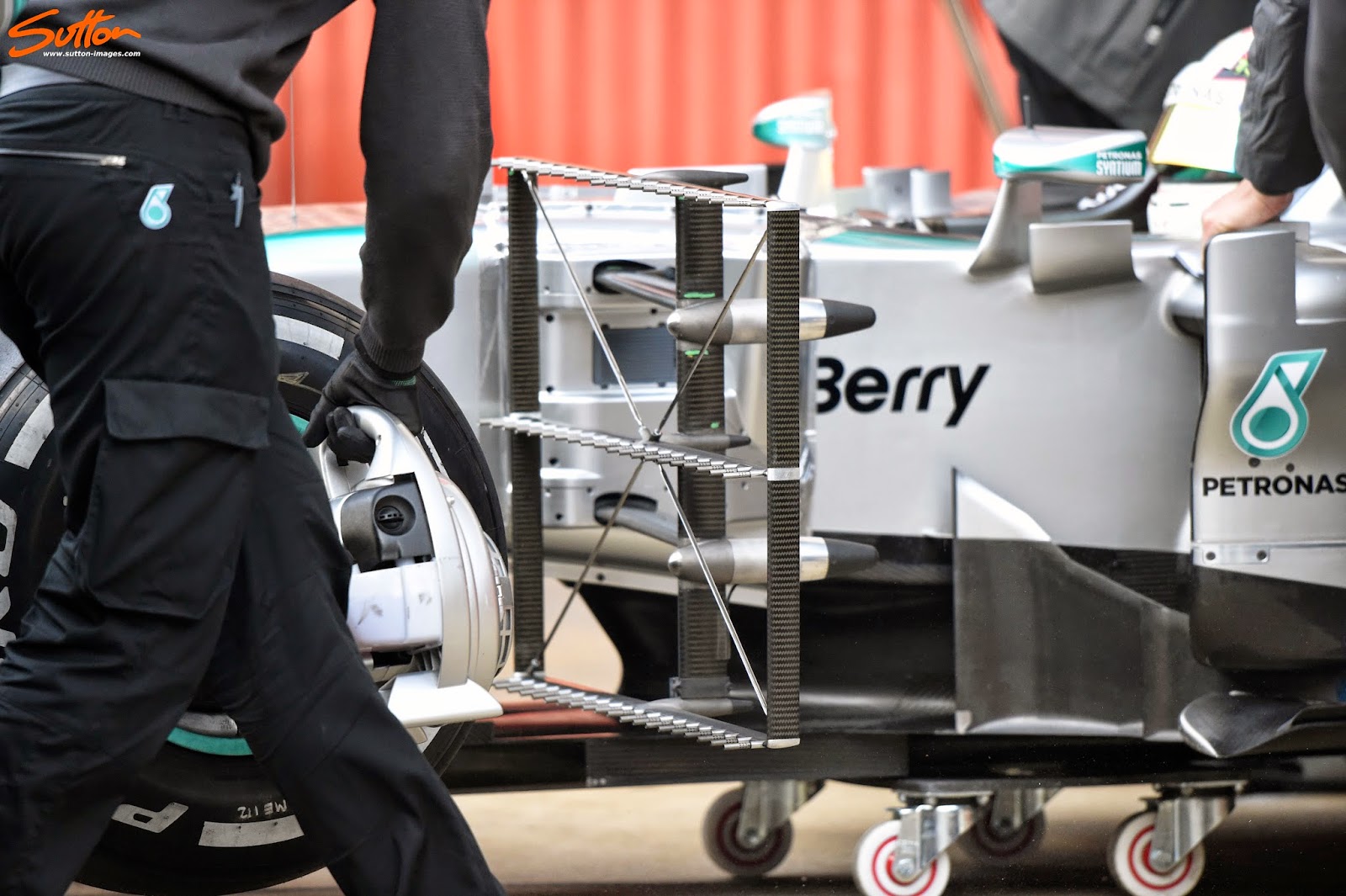 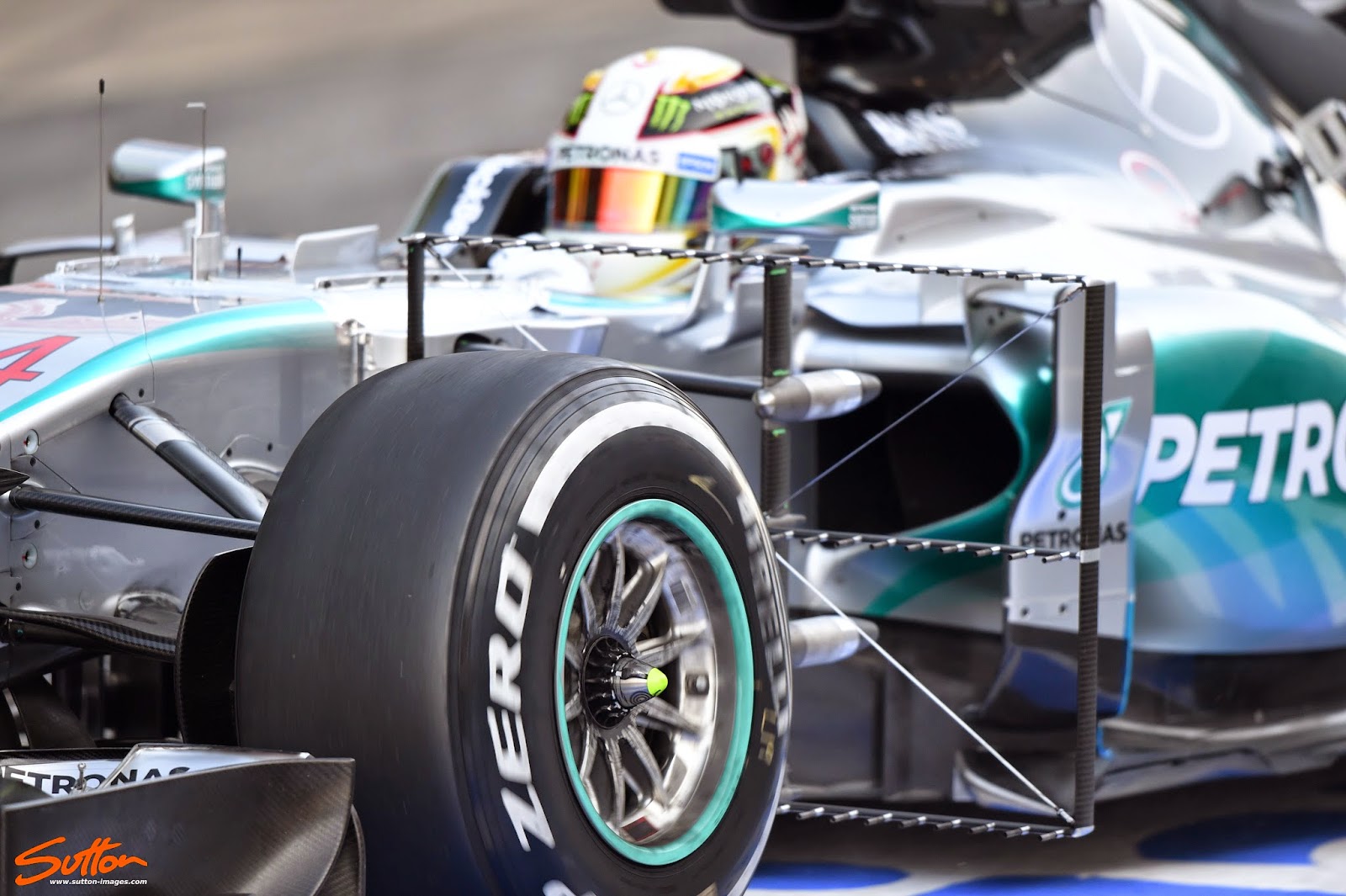 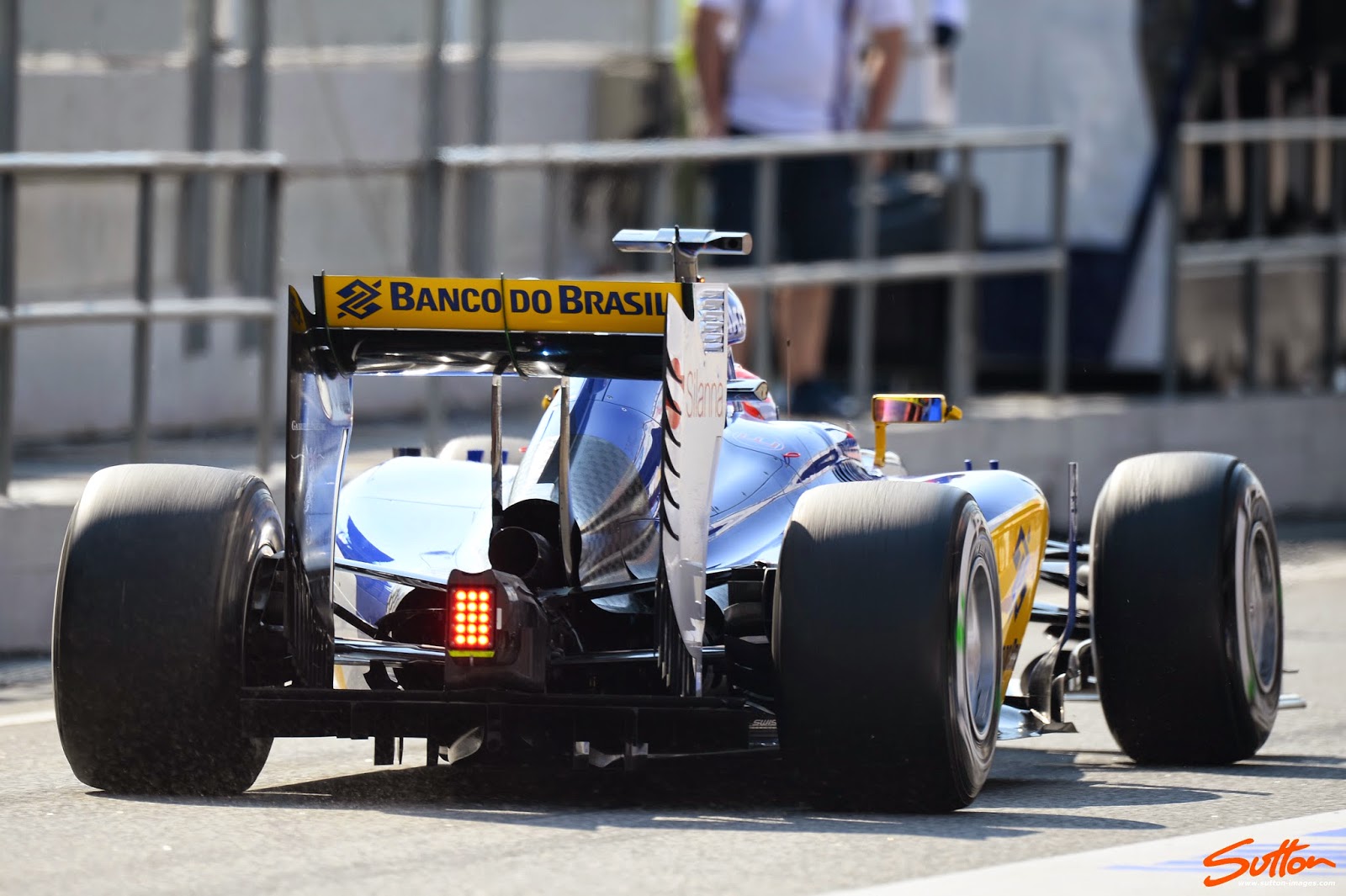 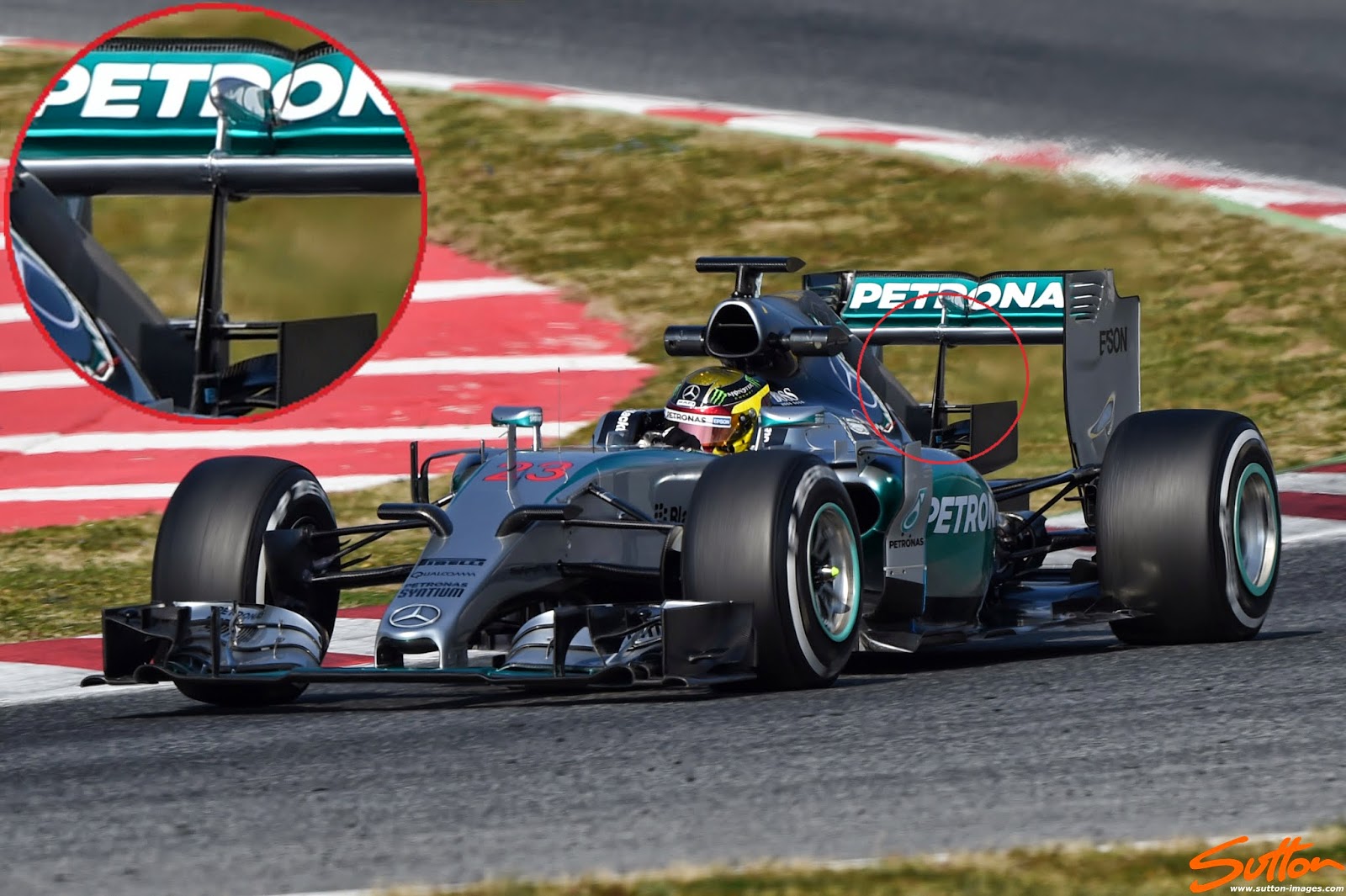 Mercedes W06 - New rear wing layout see's the centre support pylons reduced to a singular centre-line version, this also means a re-design of the mainplane and top flap as the flap separators ran along the same Y axis, furthermore the trailing edge of the top flap now only features a sigular V groove too.  The endplates have also been slightly revised with the lower upwash serrations raised a little. 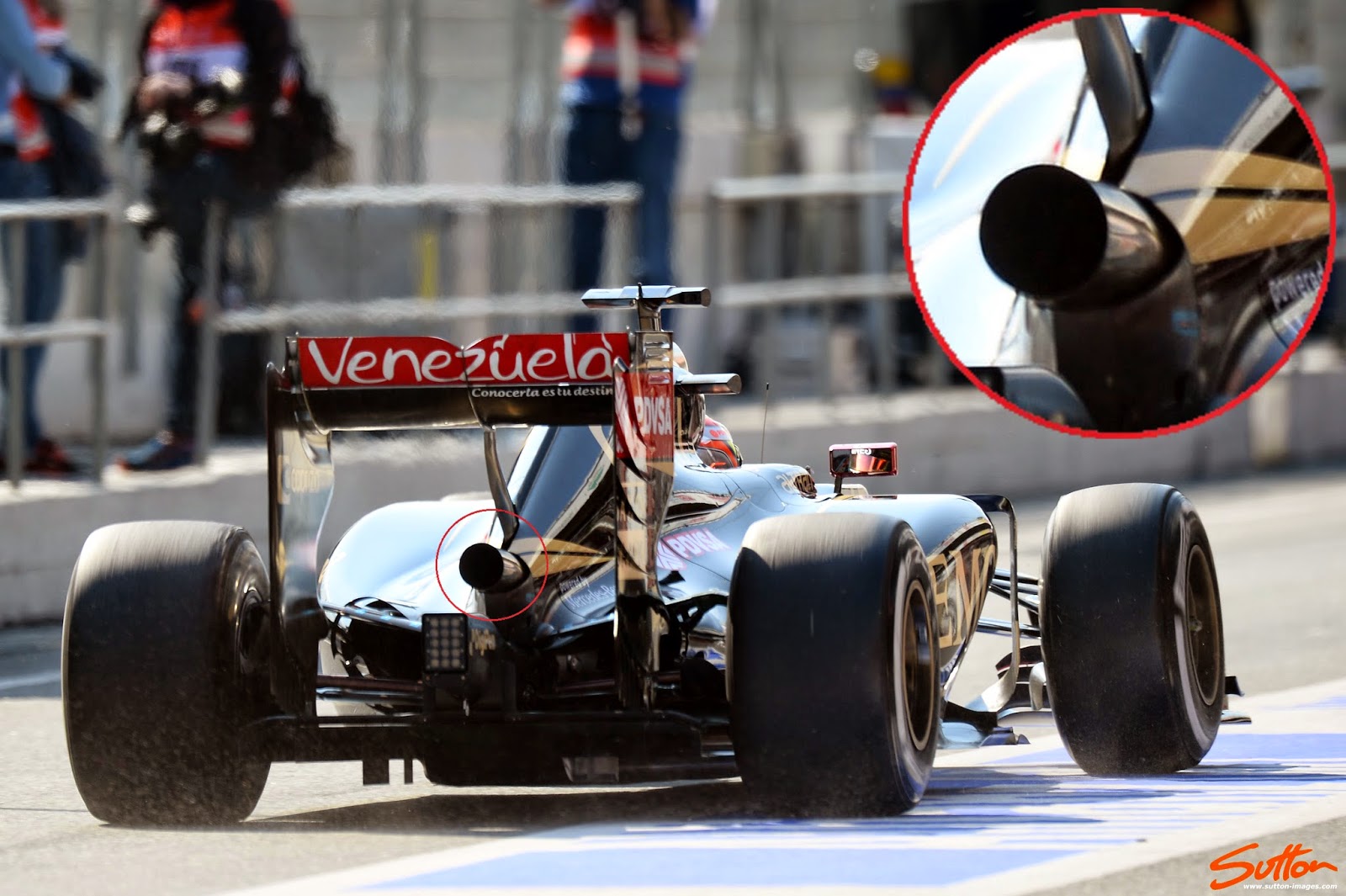 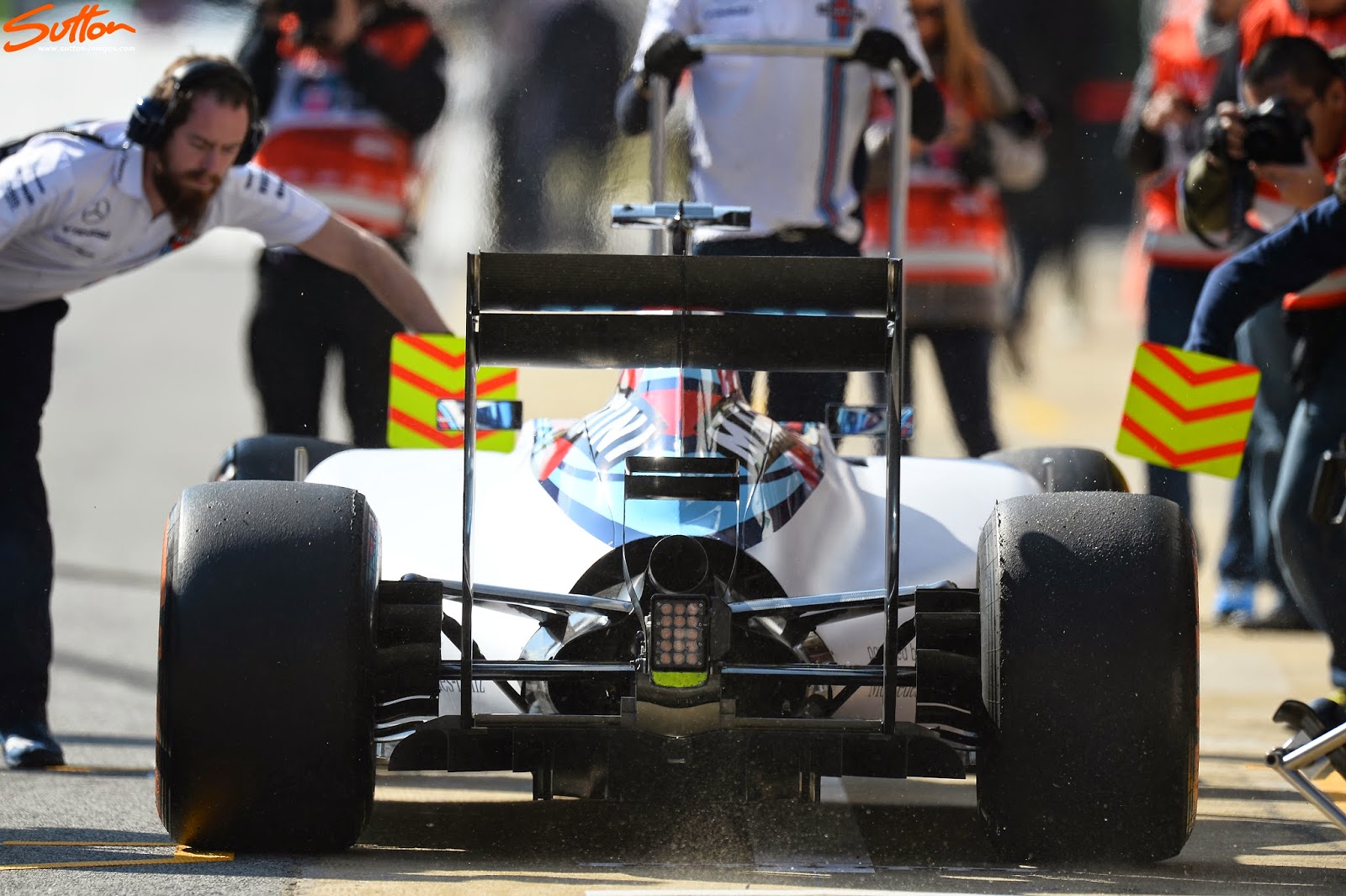 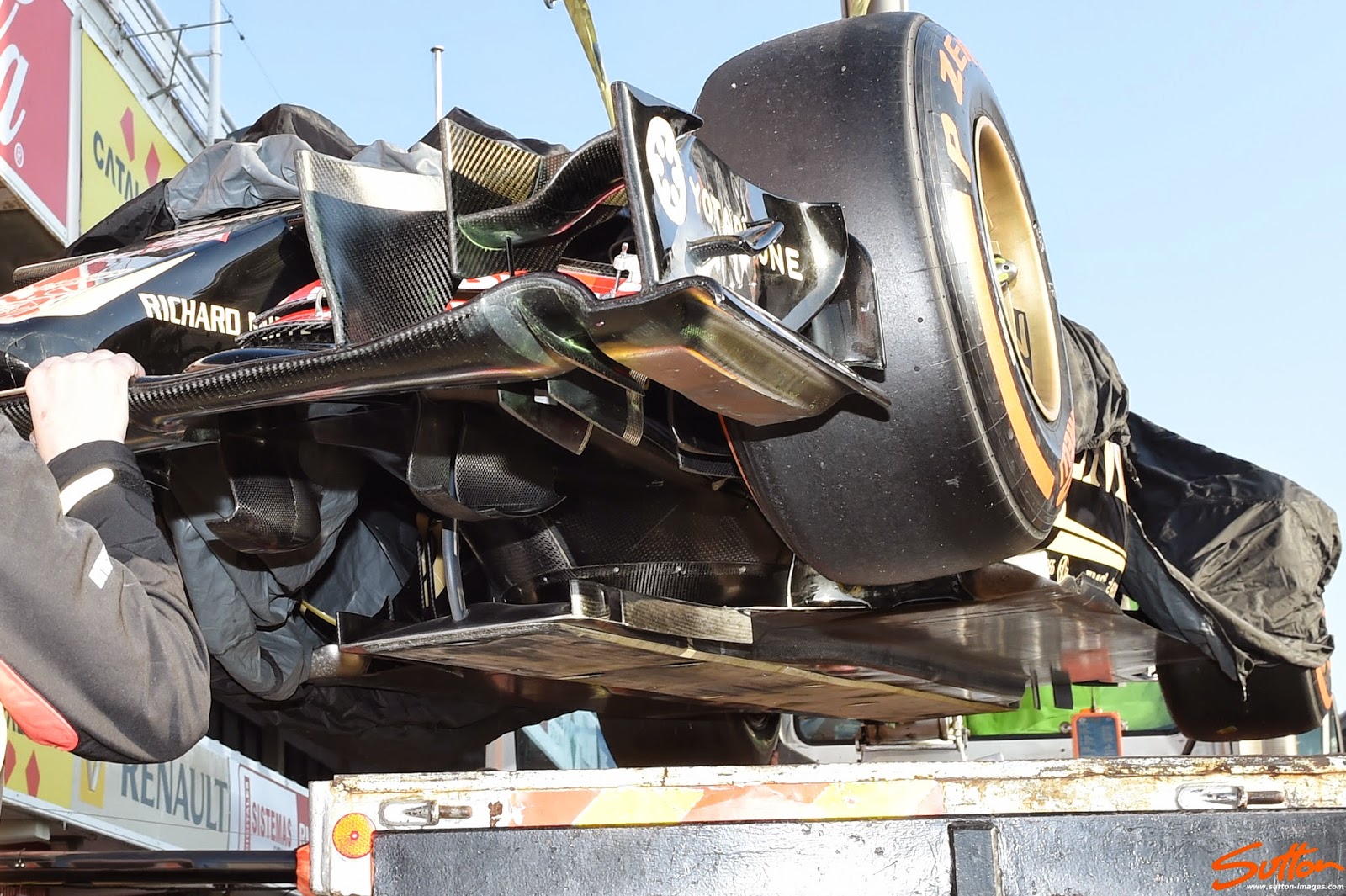 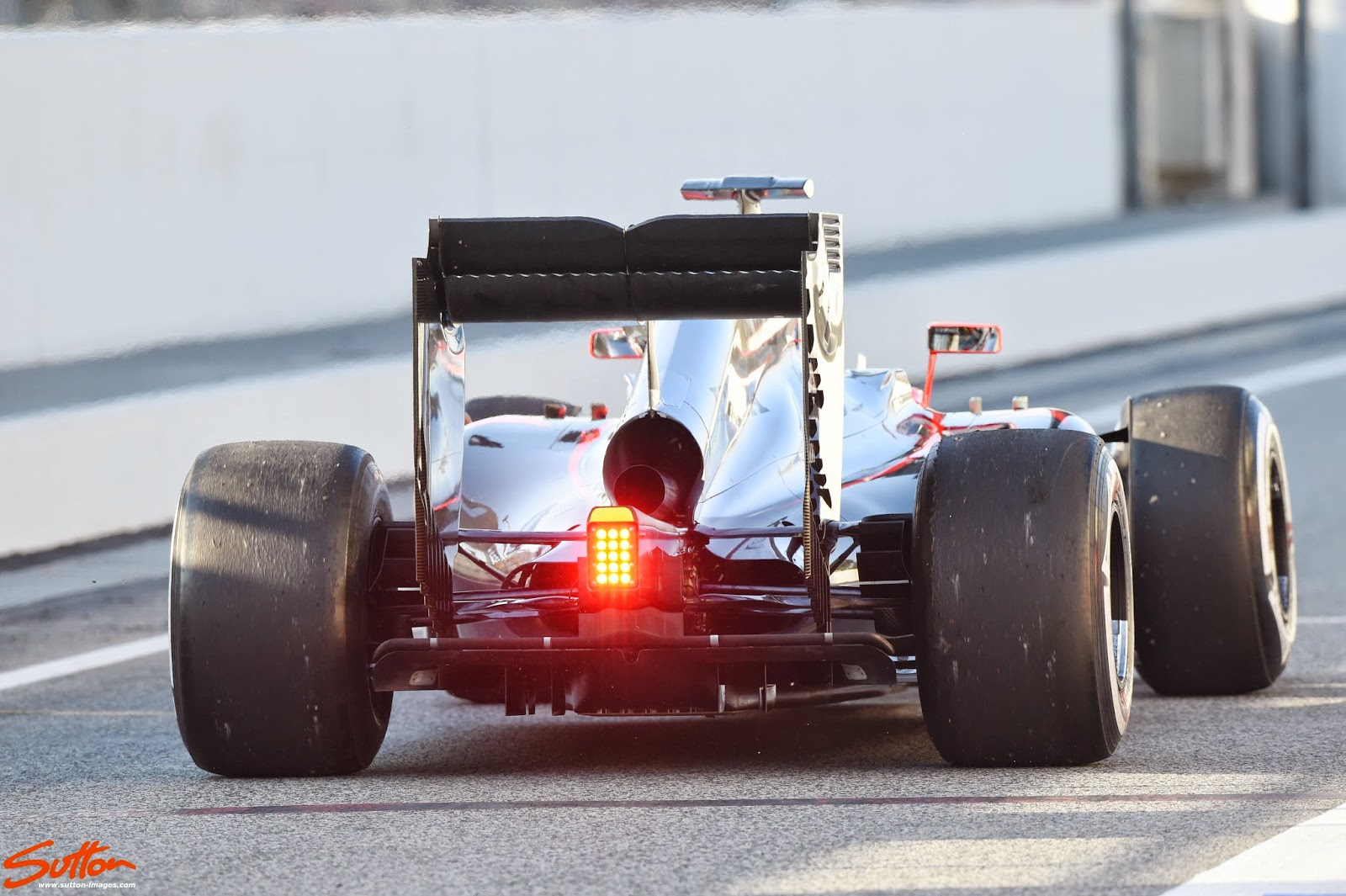 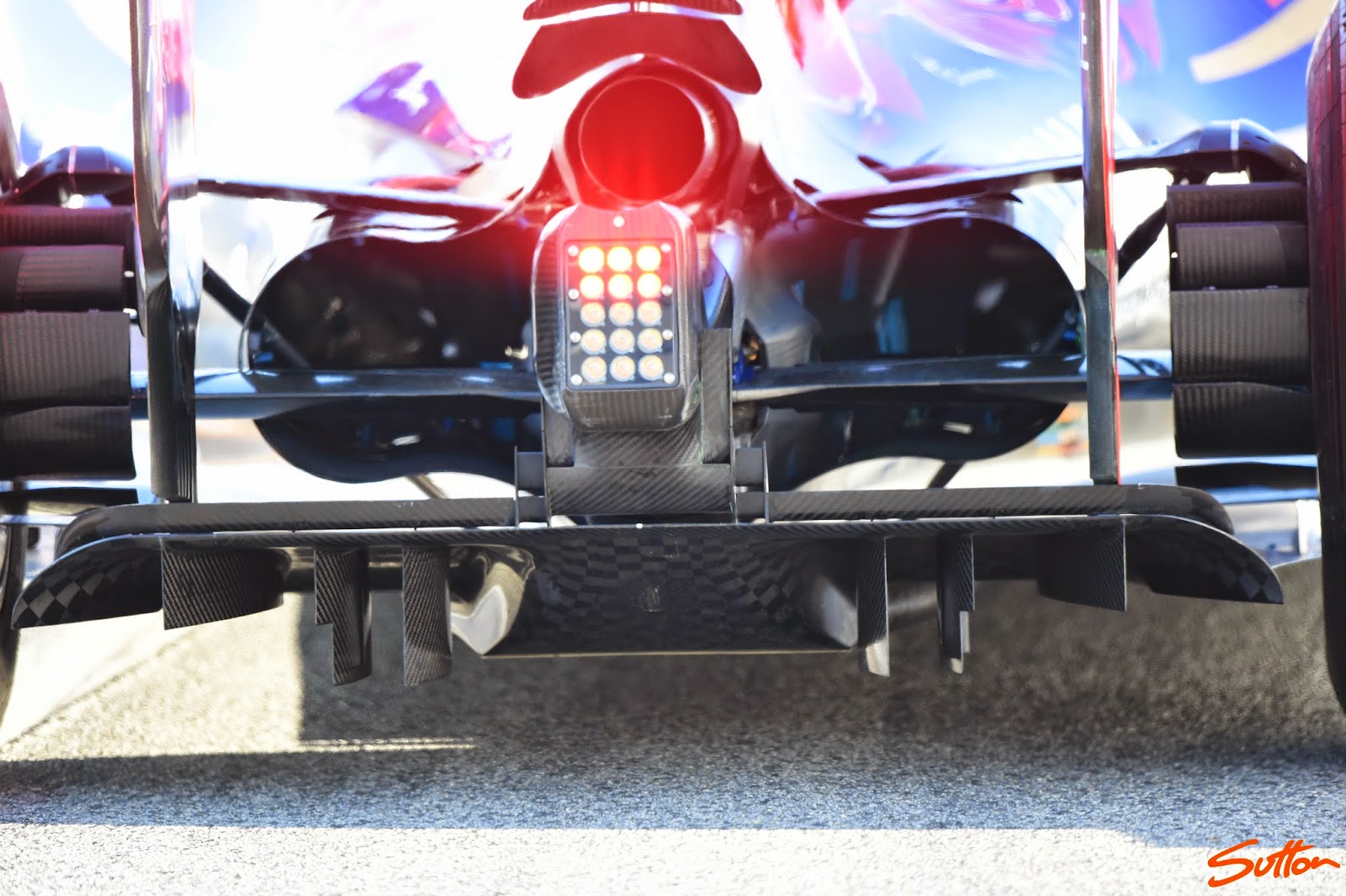 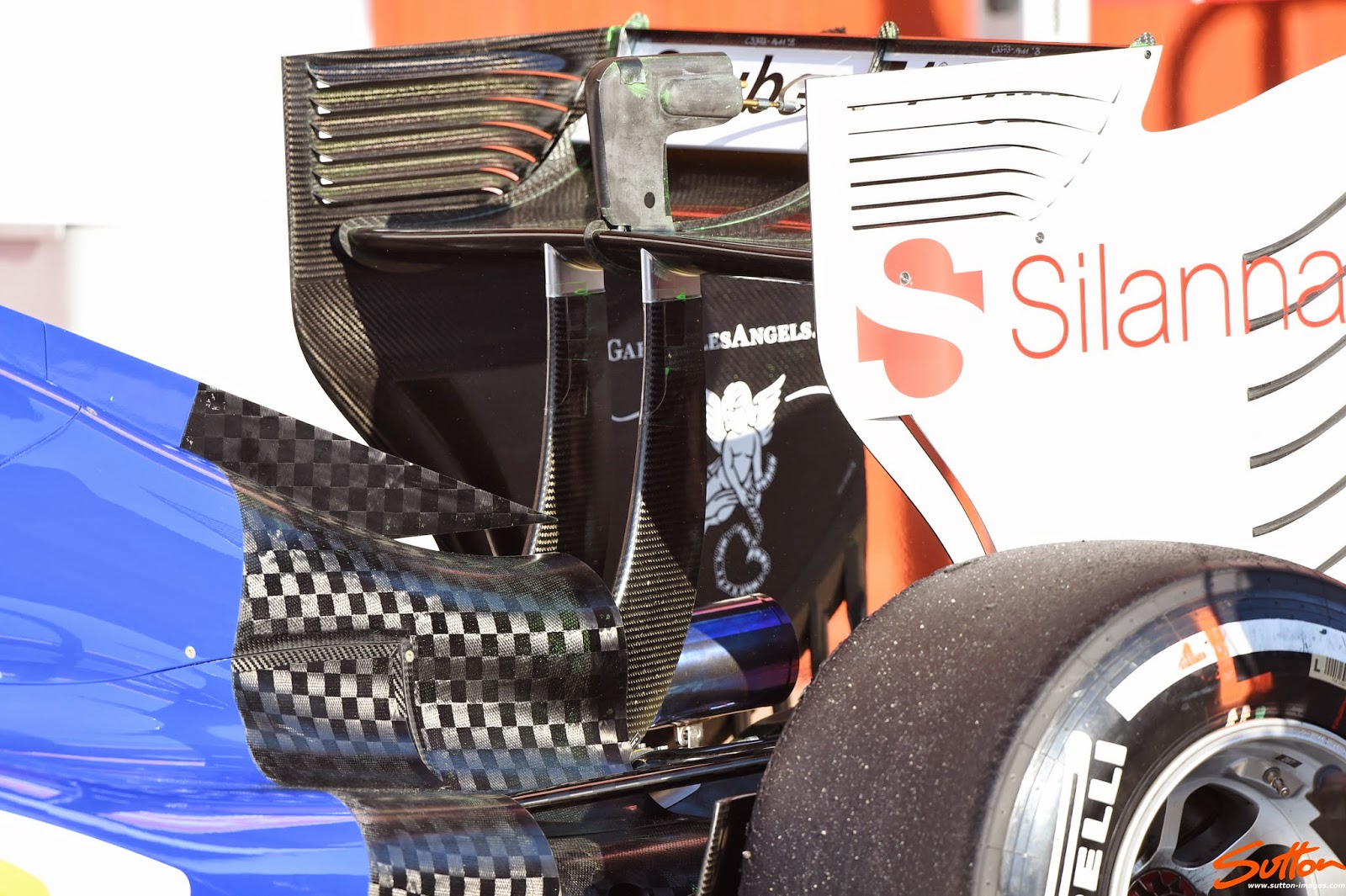 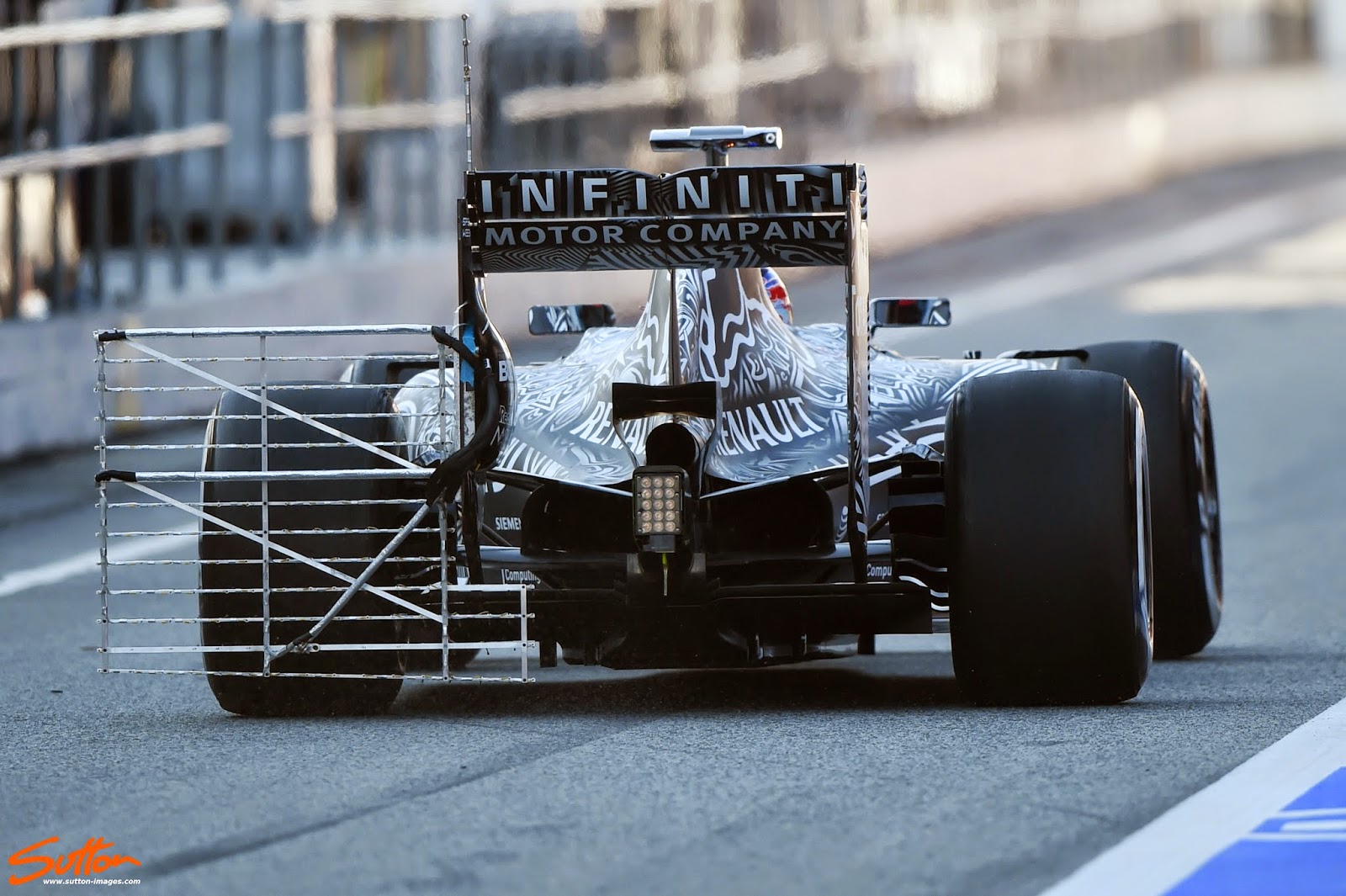 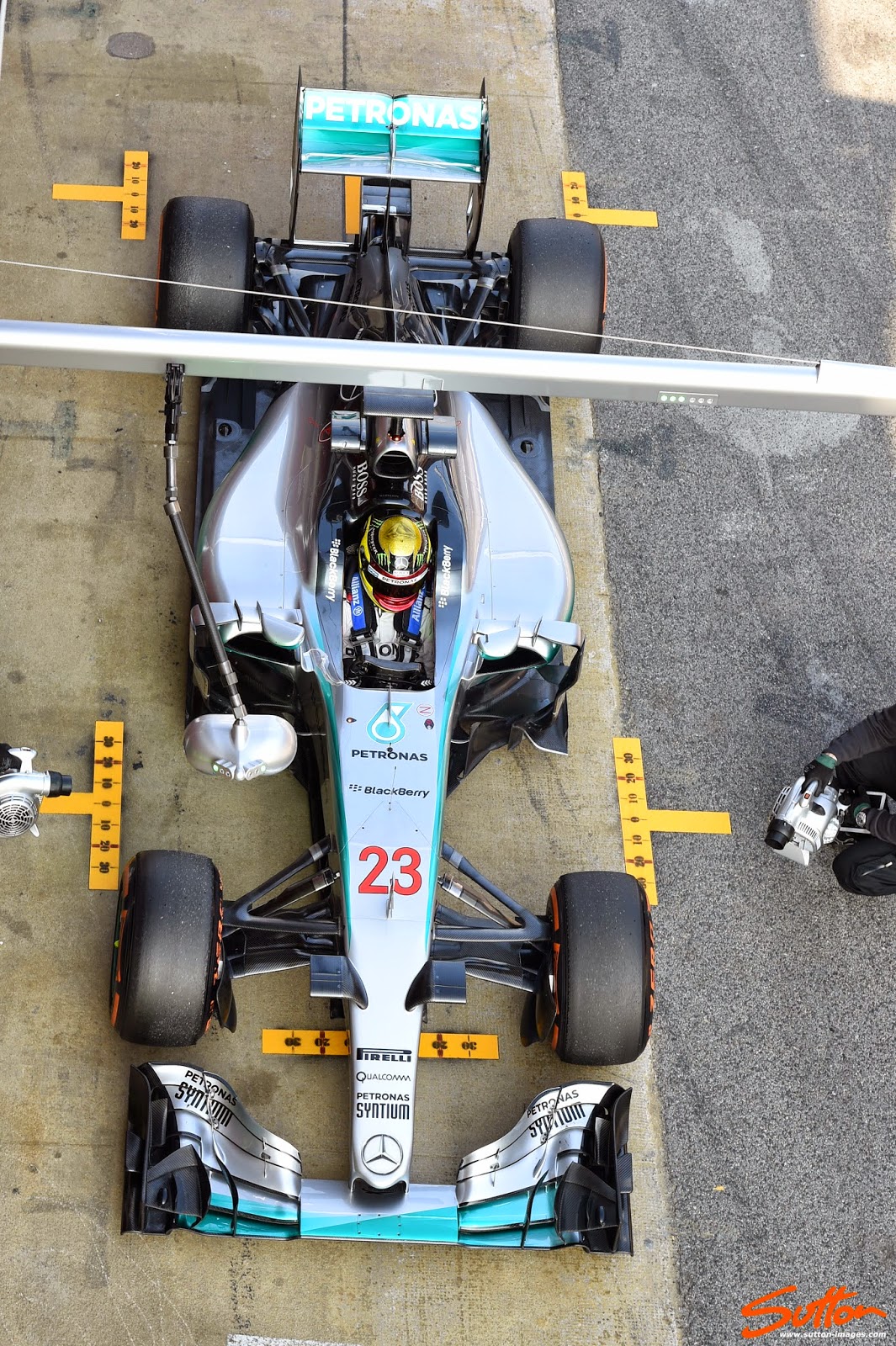 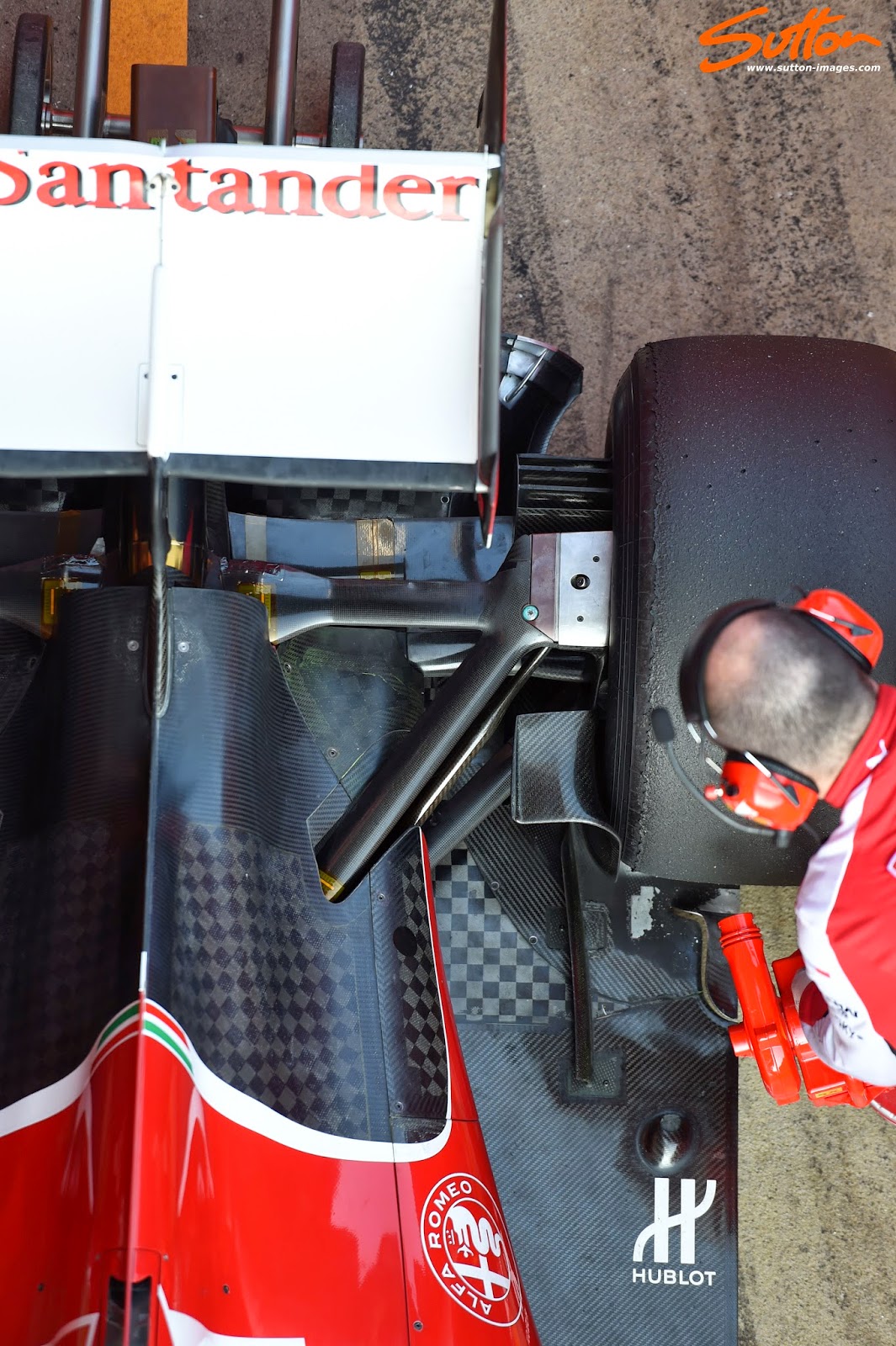 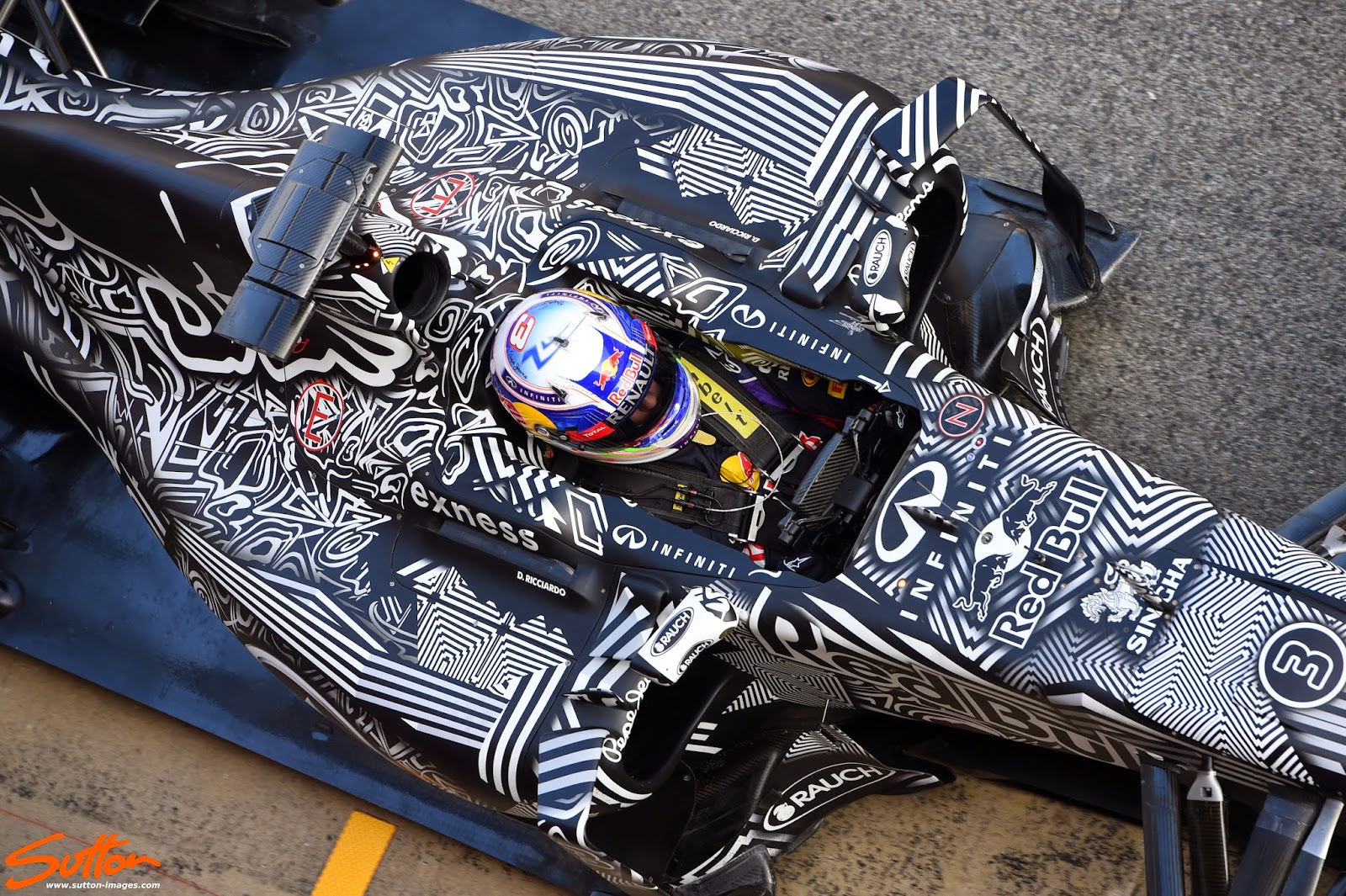 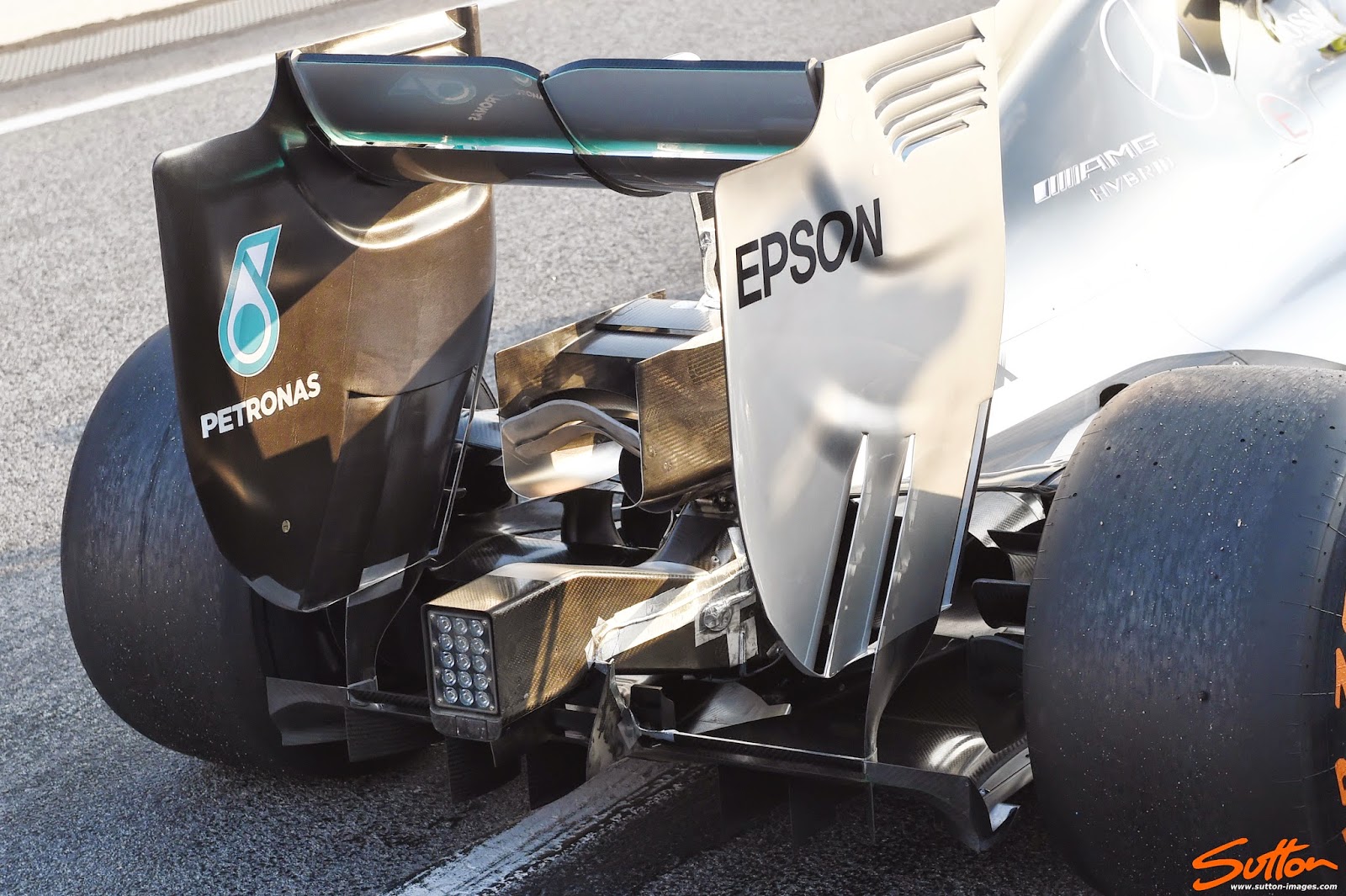 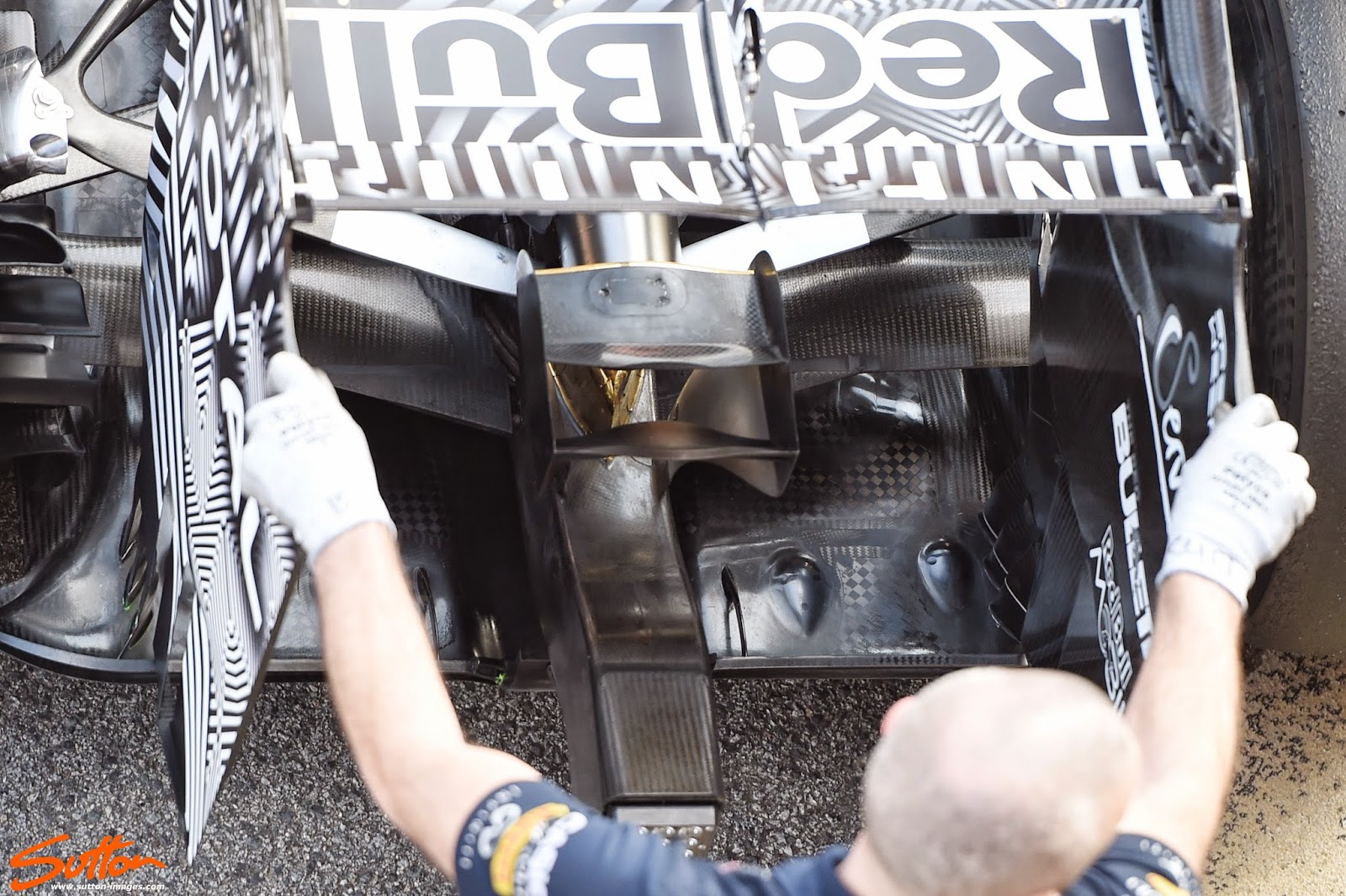 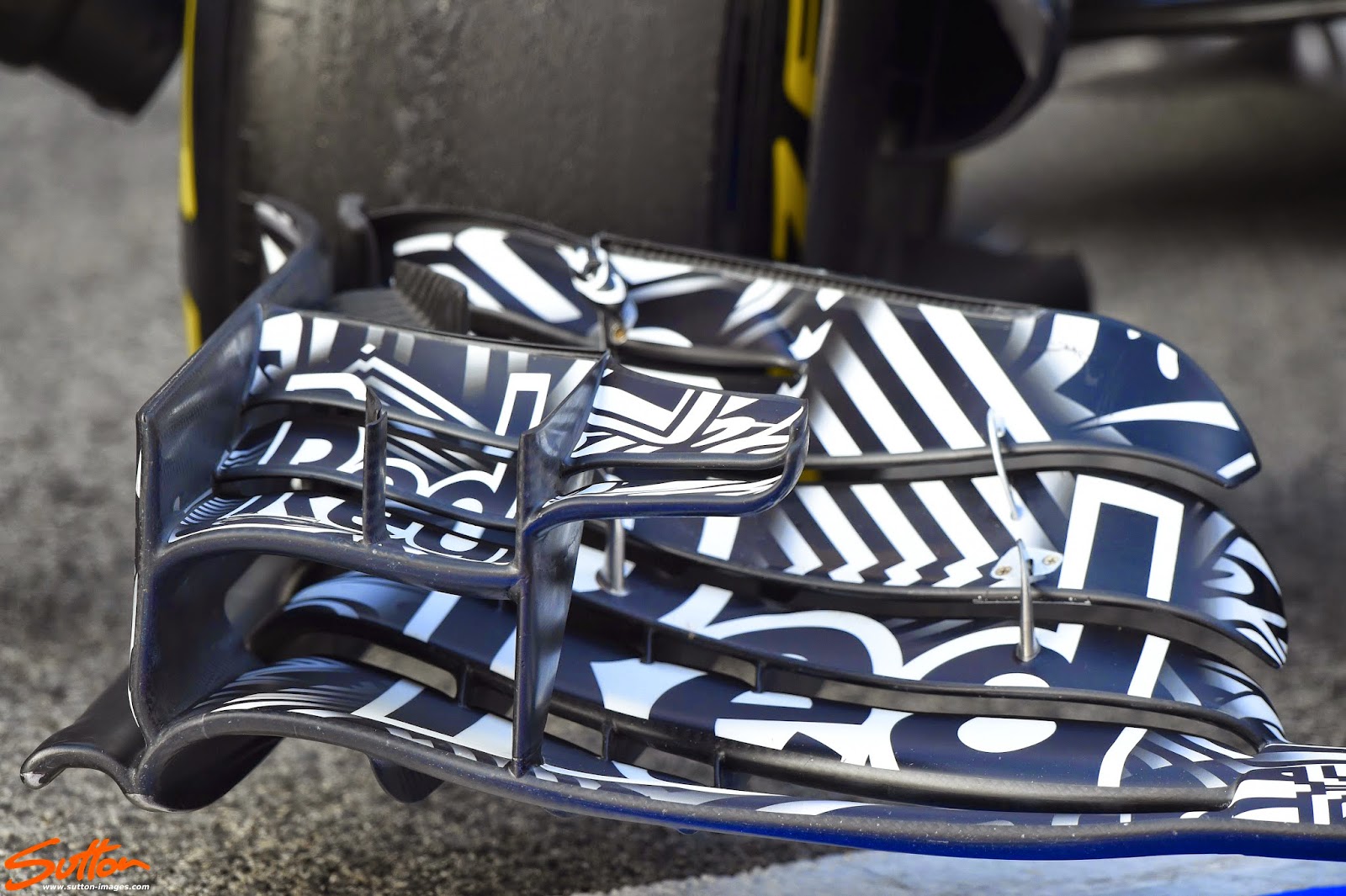 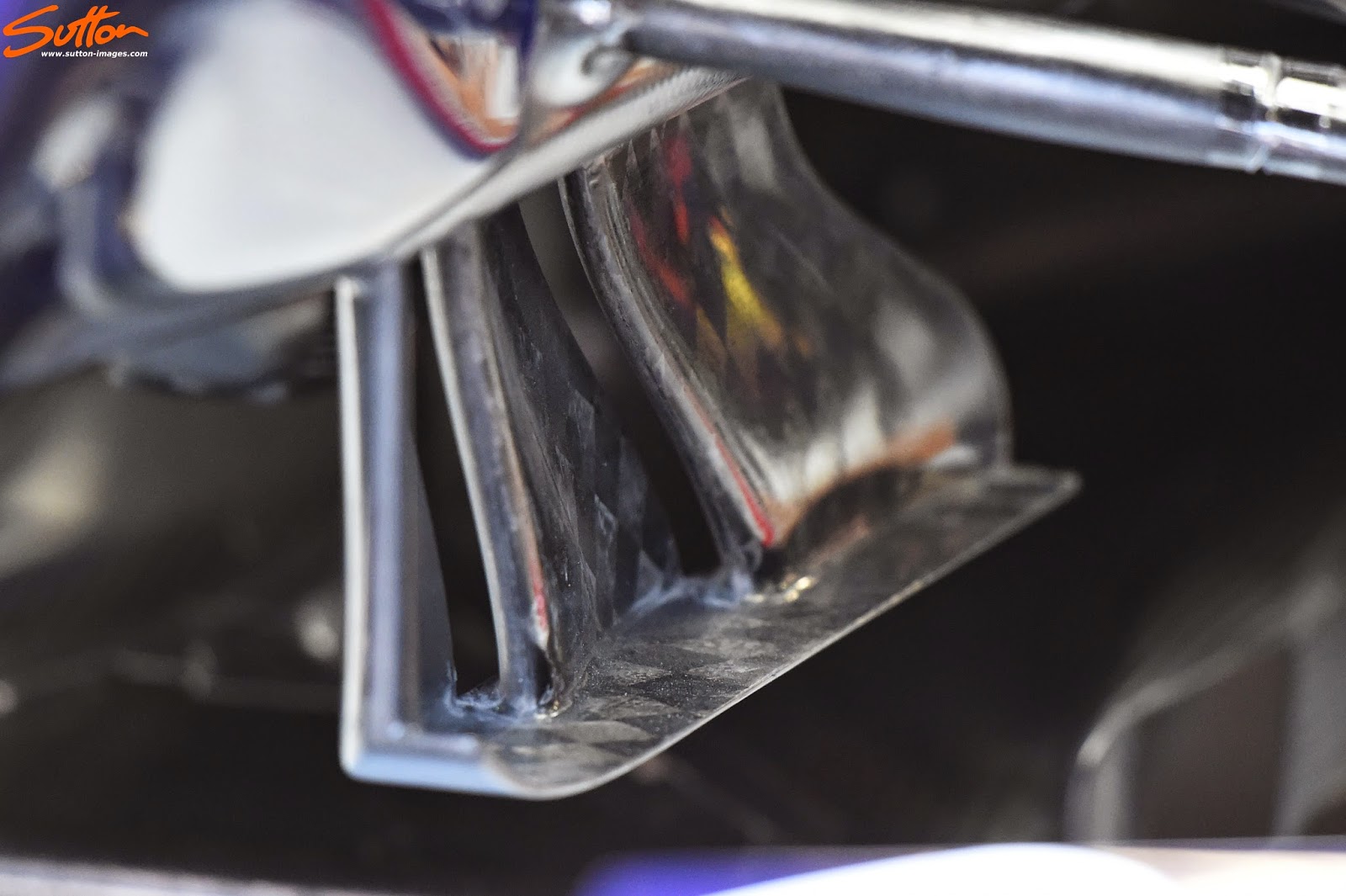 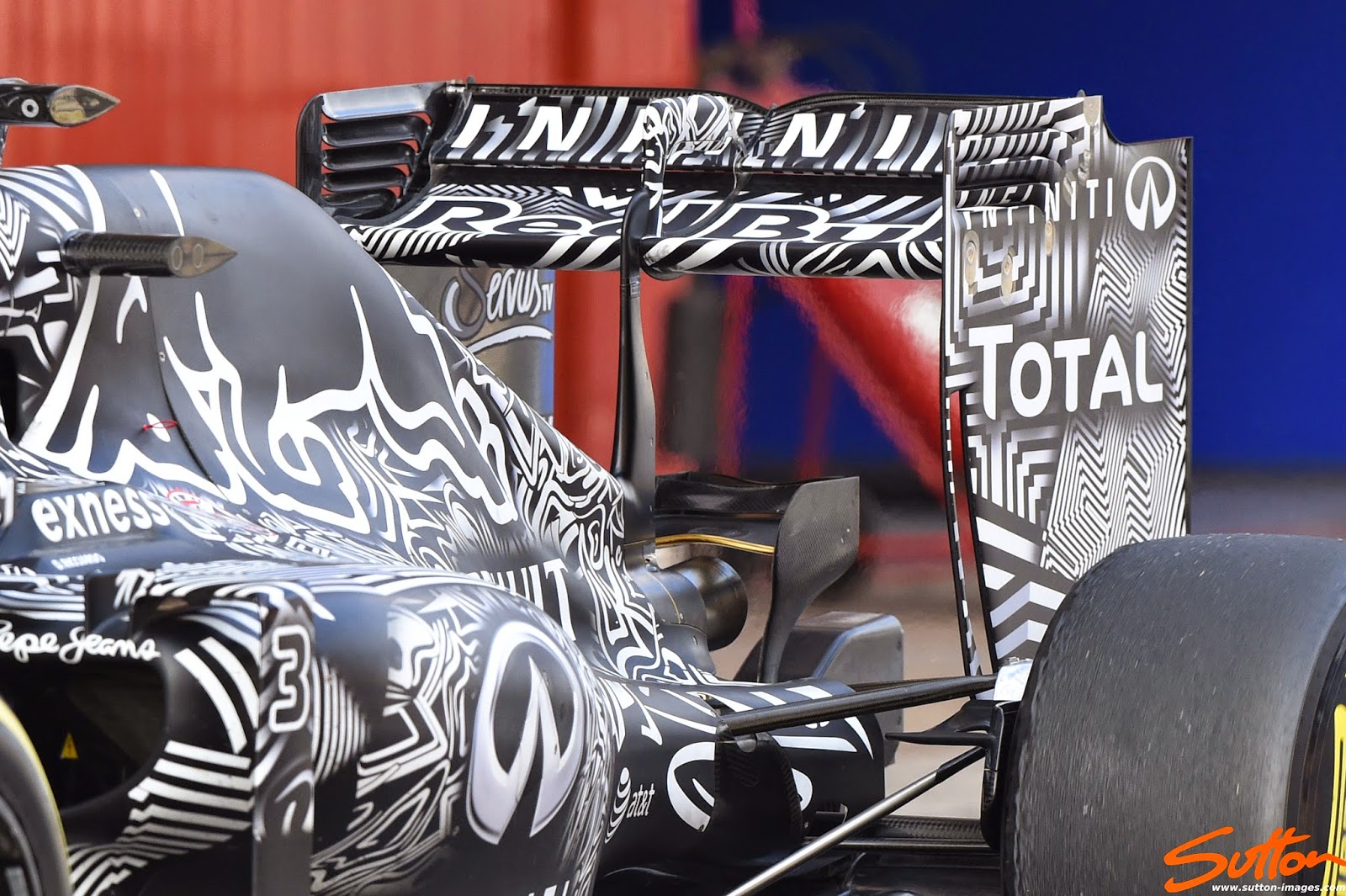 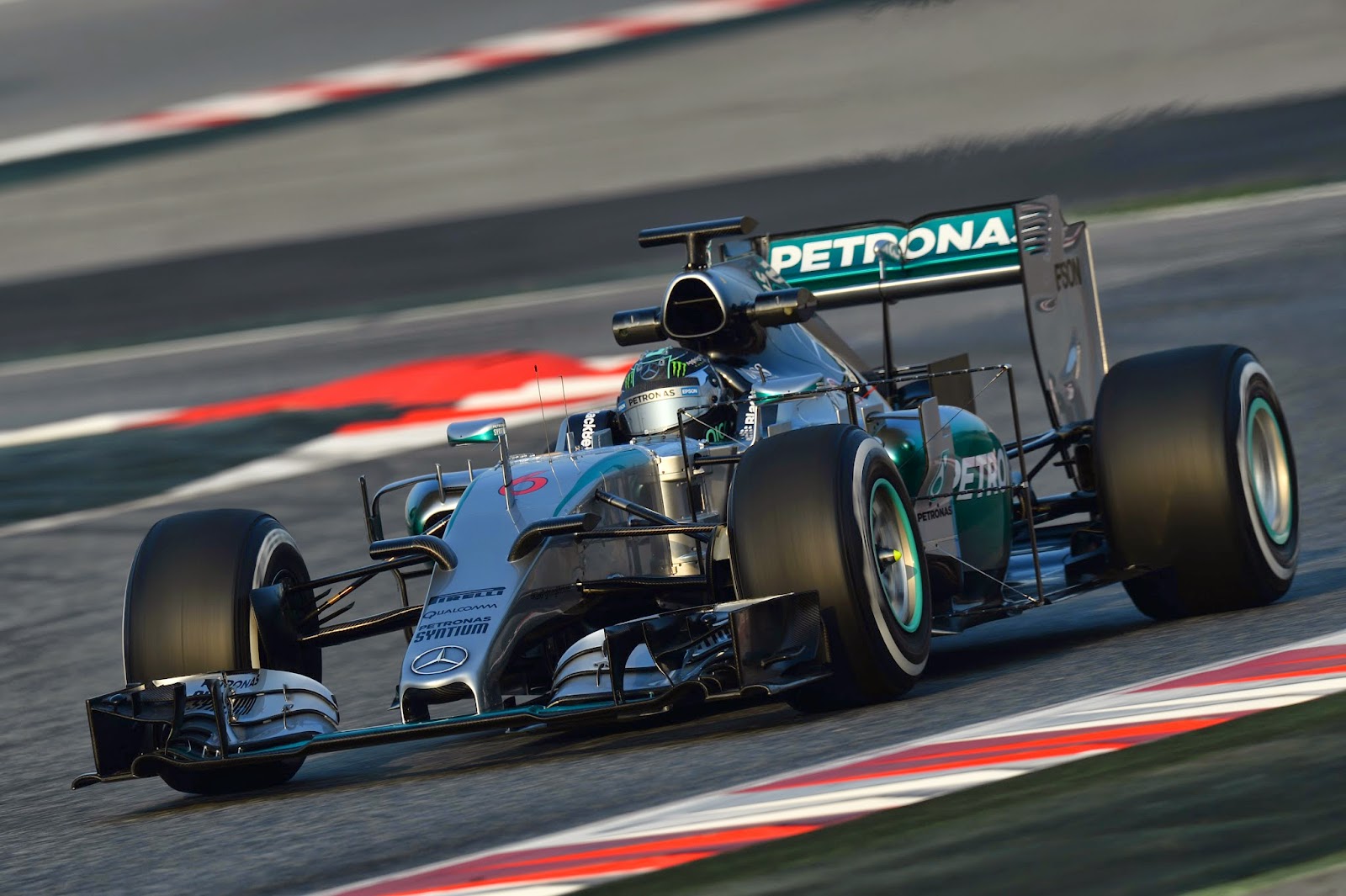 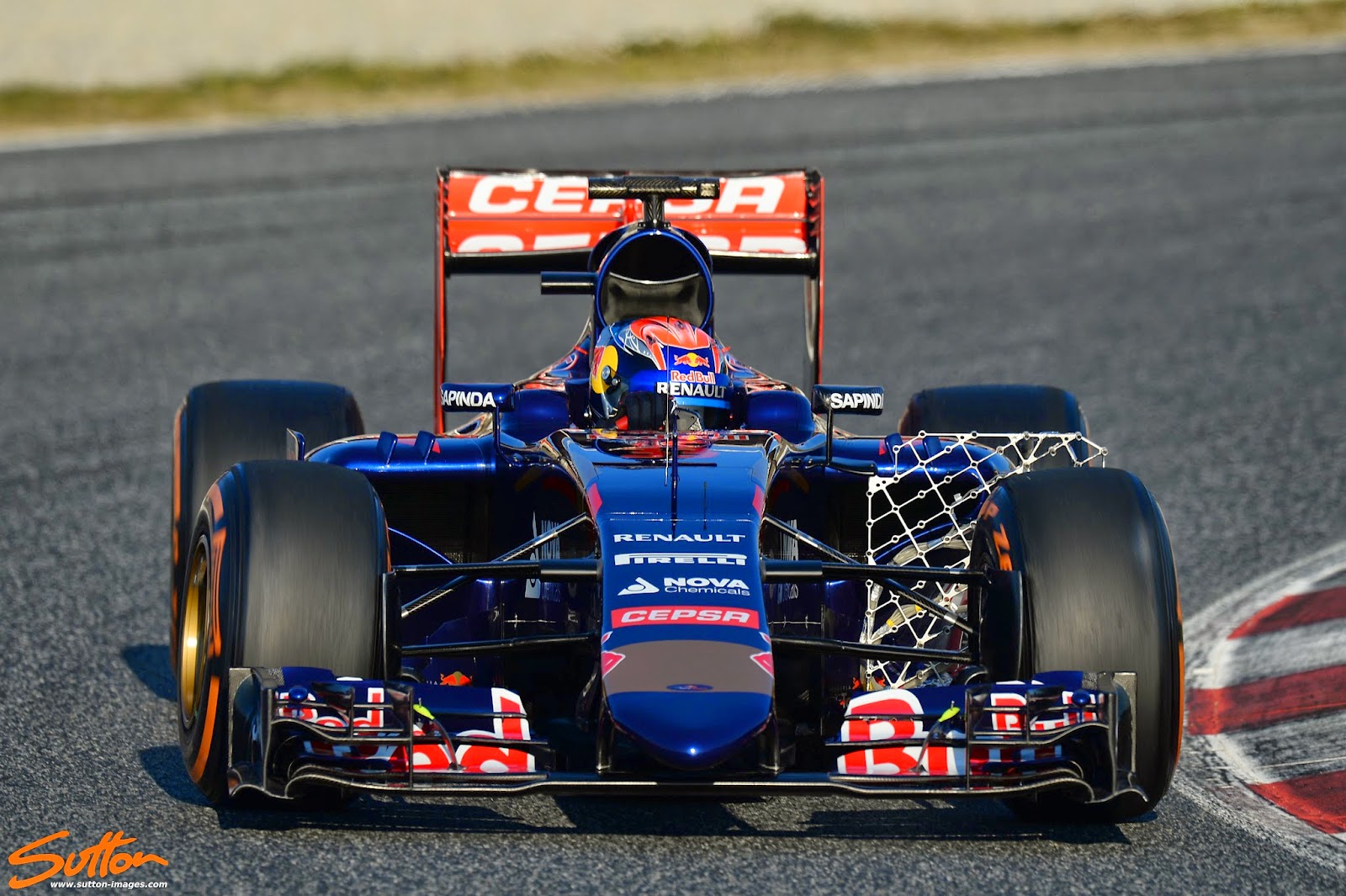 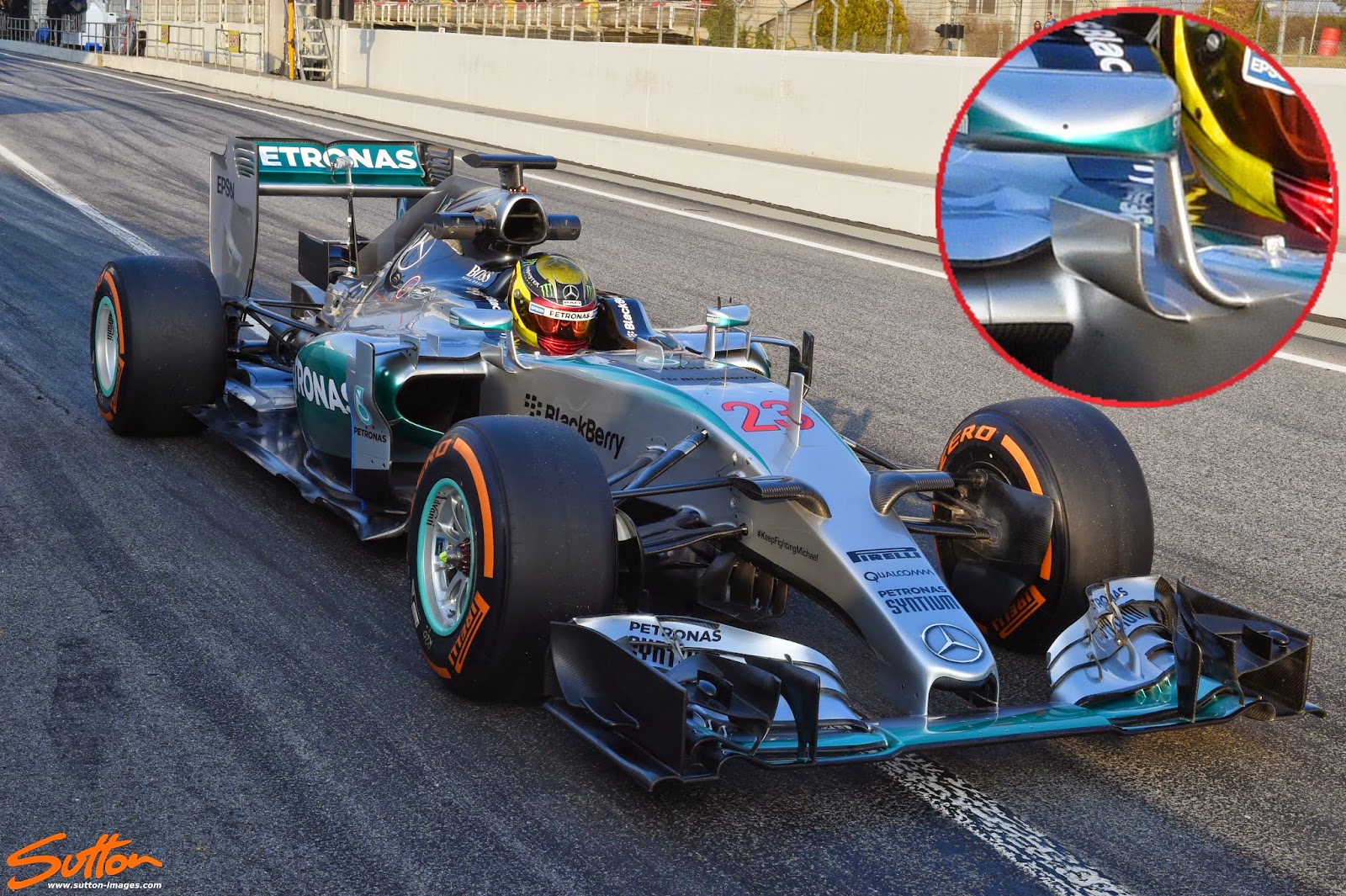 Mercedes W06 - The team have revised their cockpit fin, what was a flat rhomboid shape before has been replaced with an L shaped fin that will work with the mirror stalk.
Tagged
Newer Post Older Post