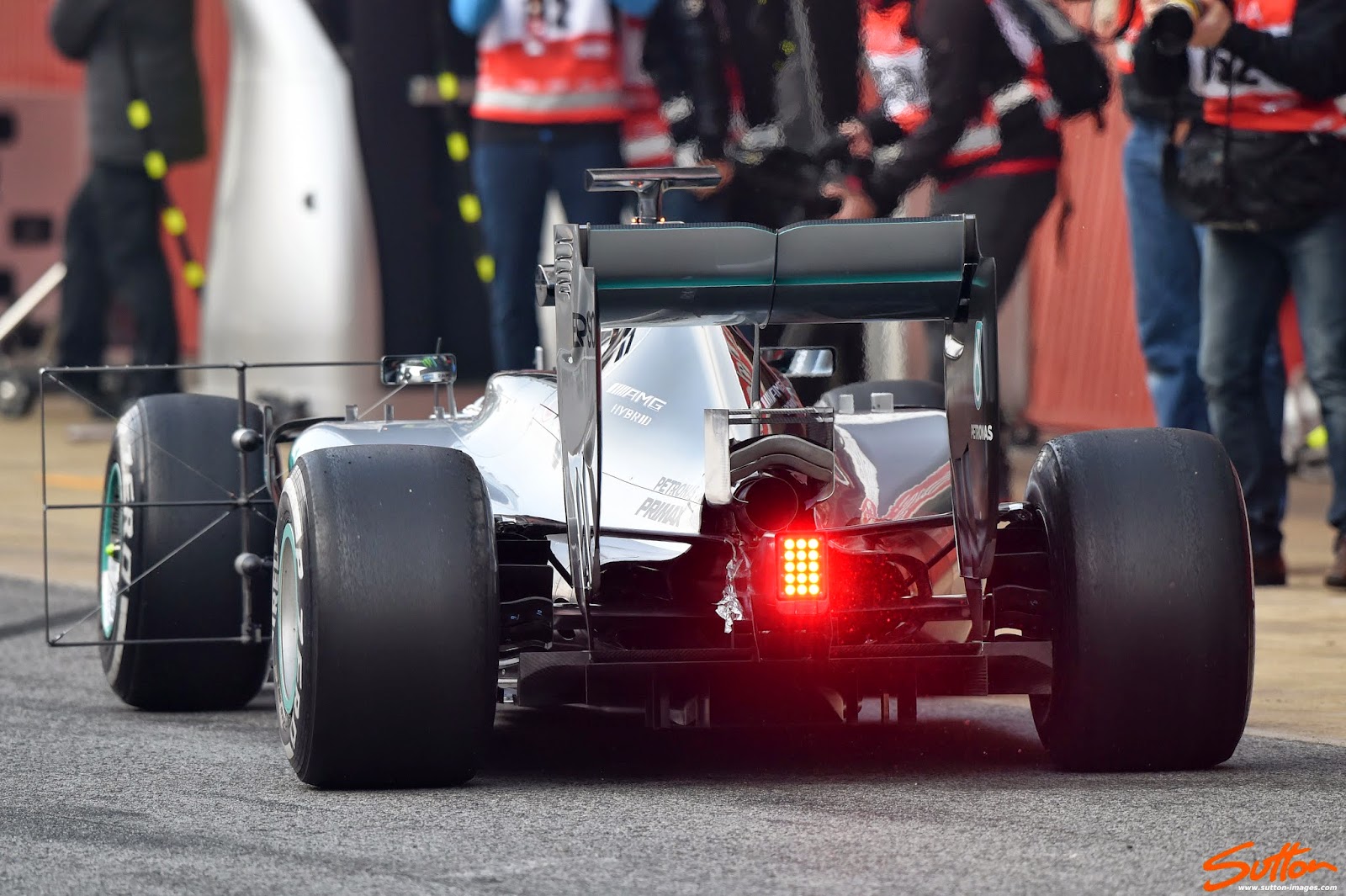 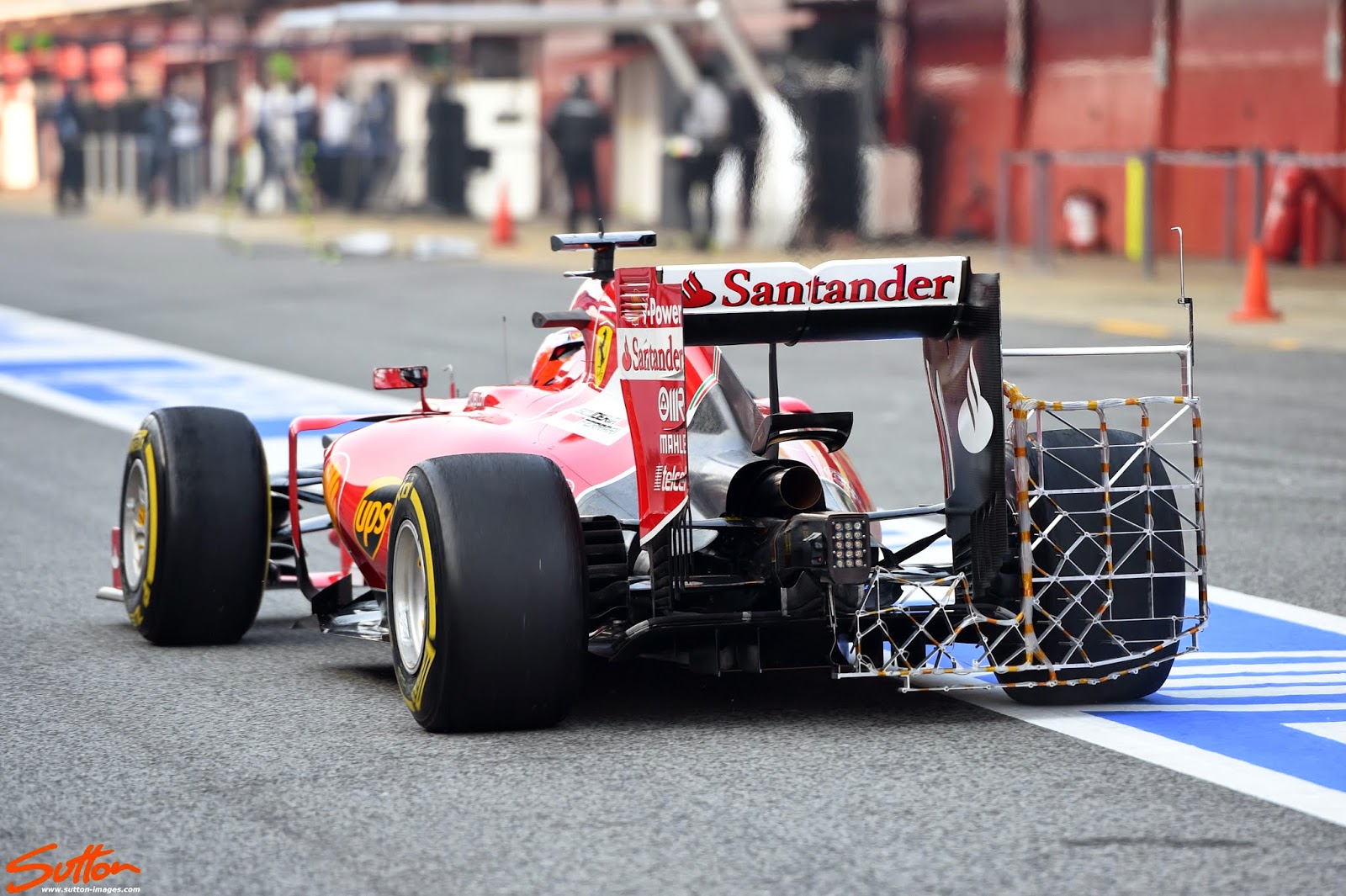 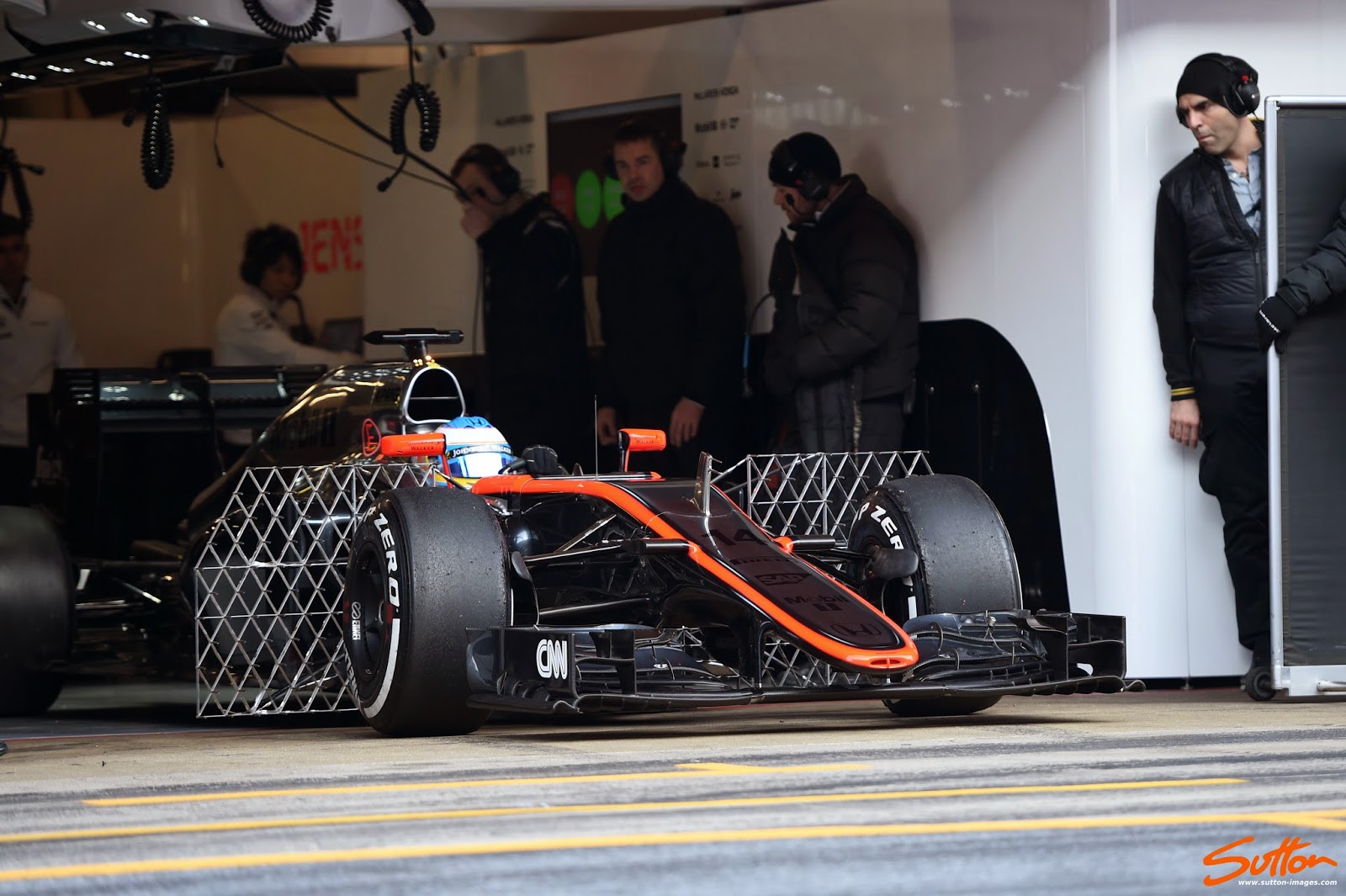 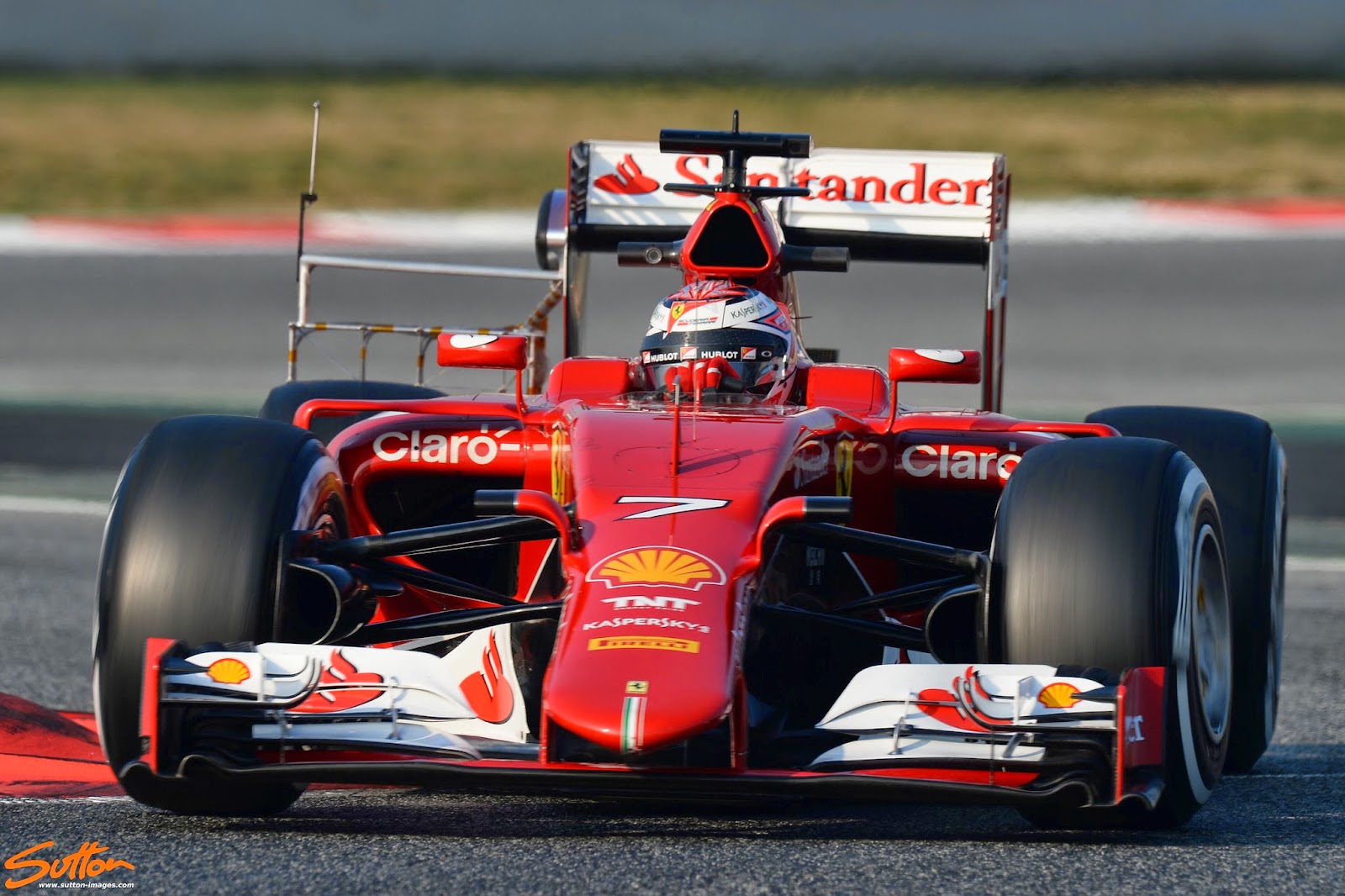 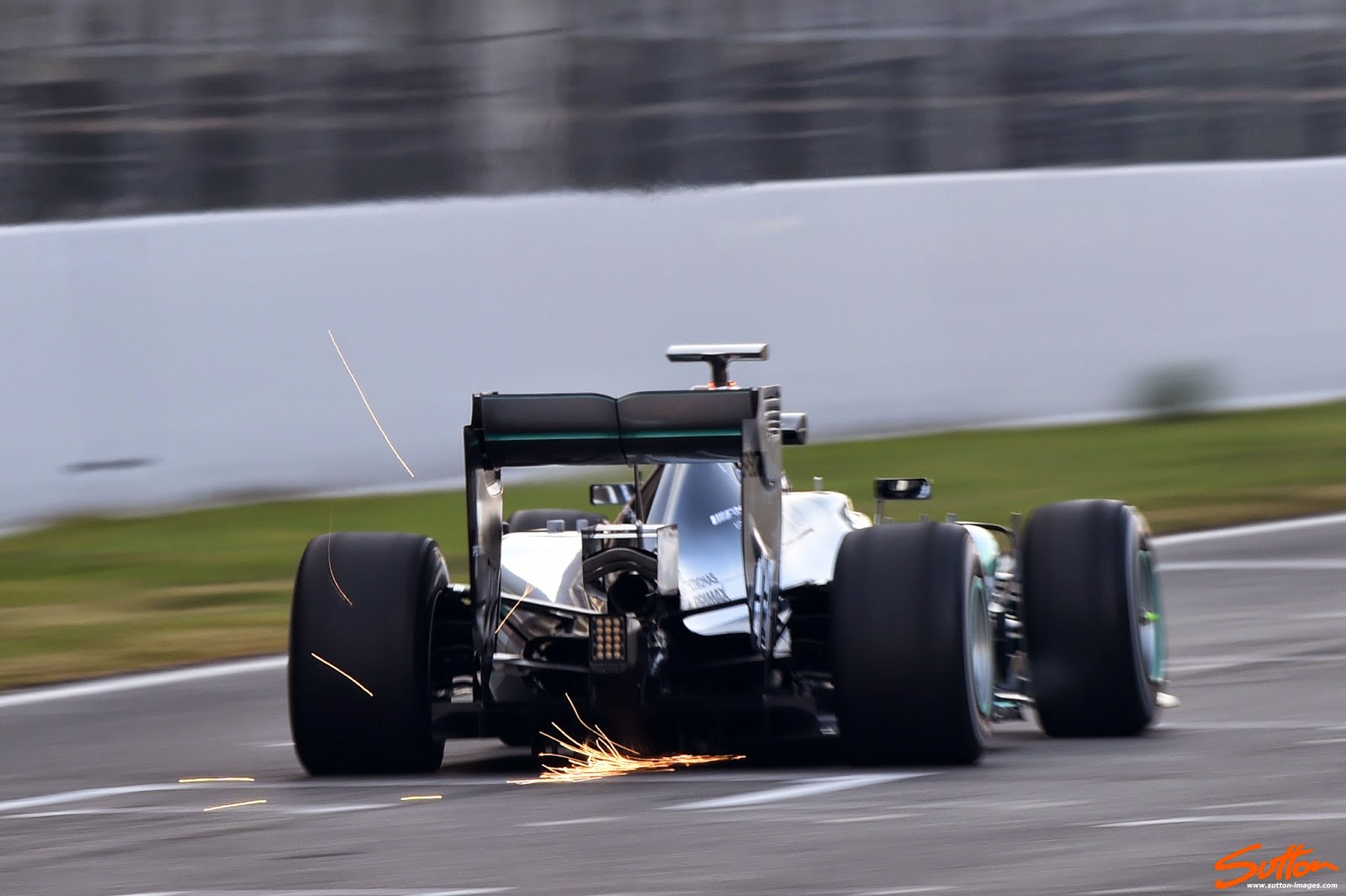 Mercedes W06 - sparking as the car bottoms out 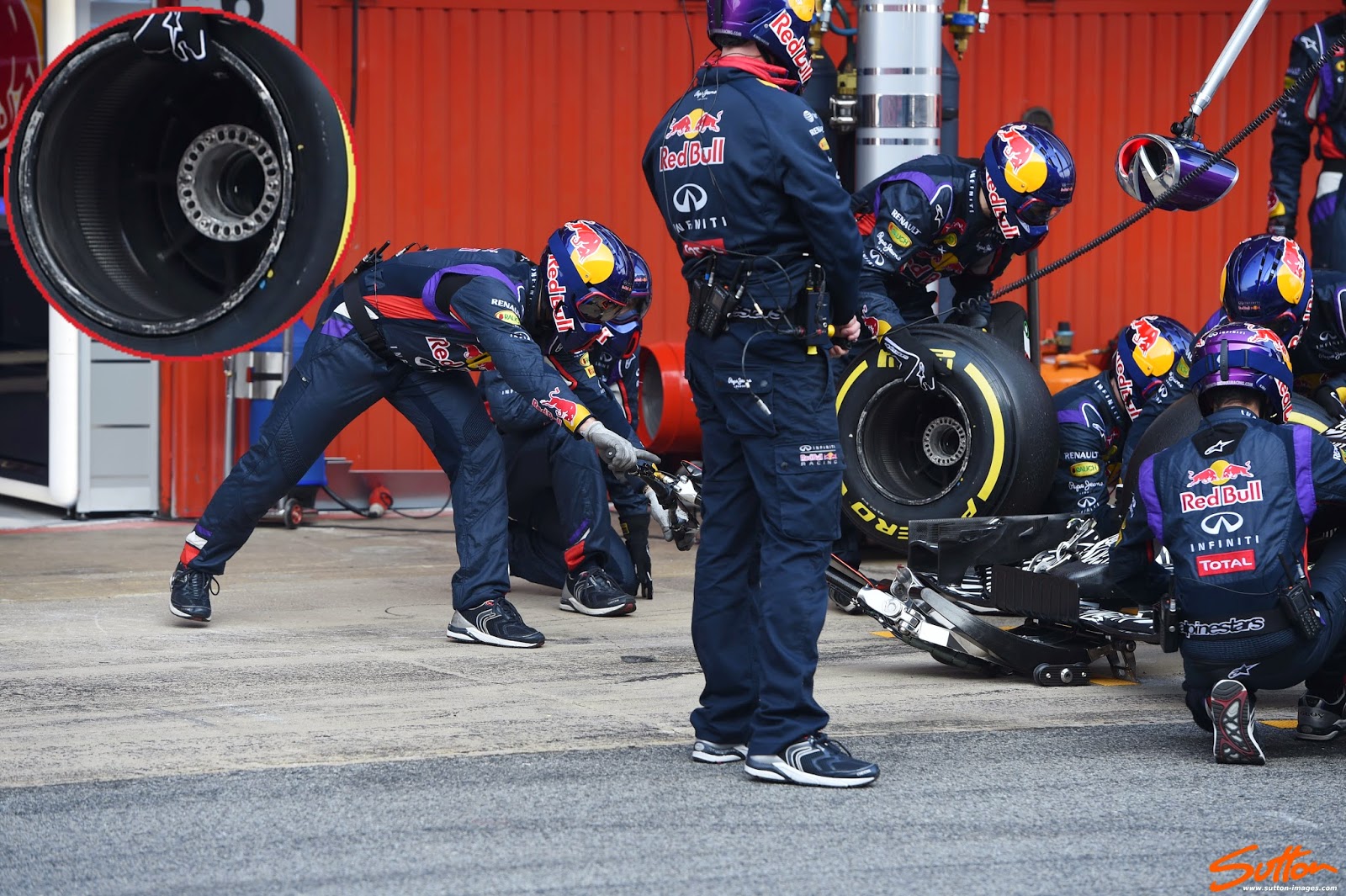 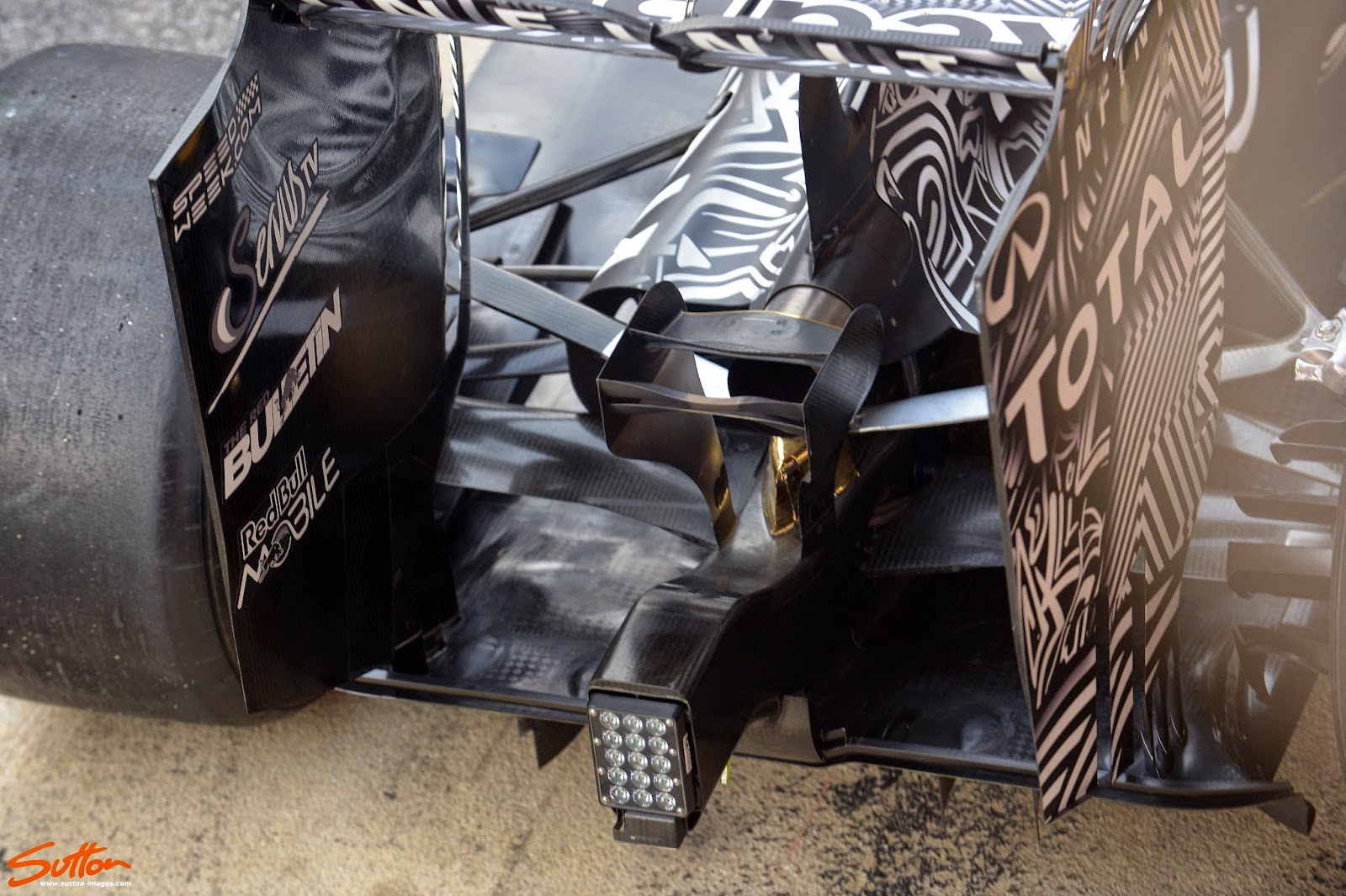 Red Bull RB11 - Overhead shows off the cars detail, note the RB10 doesn't run the lower beam wing slice like its predecessor and so they mount the Y100 winglet (monkey seat) astride the crash structure).   Note the gold leaf on the items in the vicinity of the exhaust outlet too 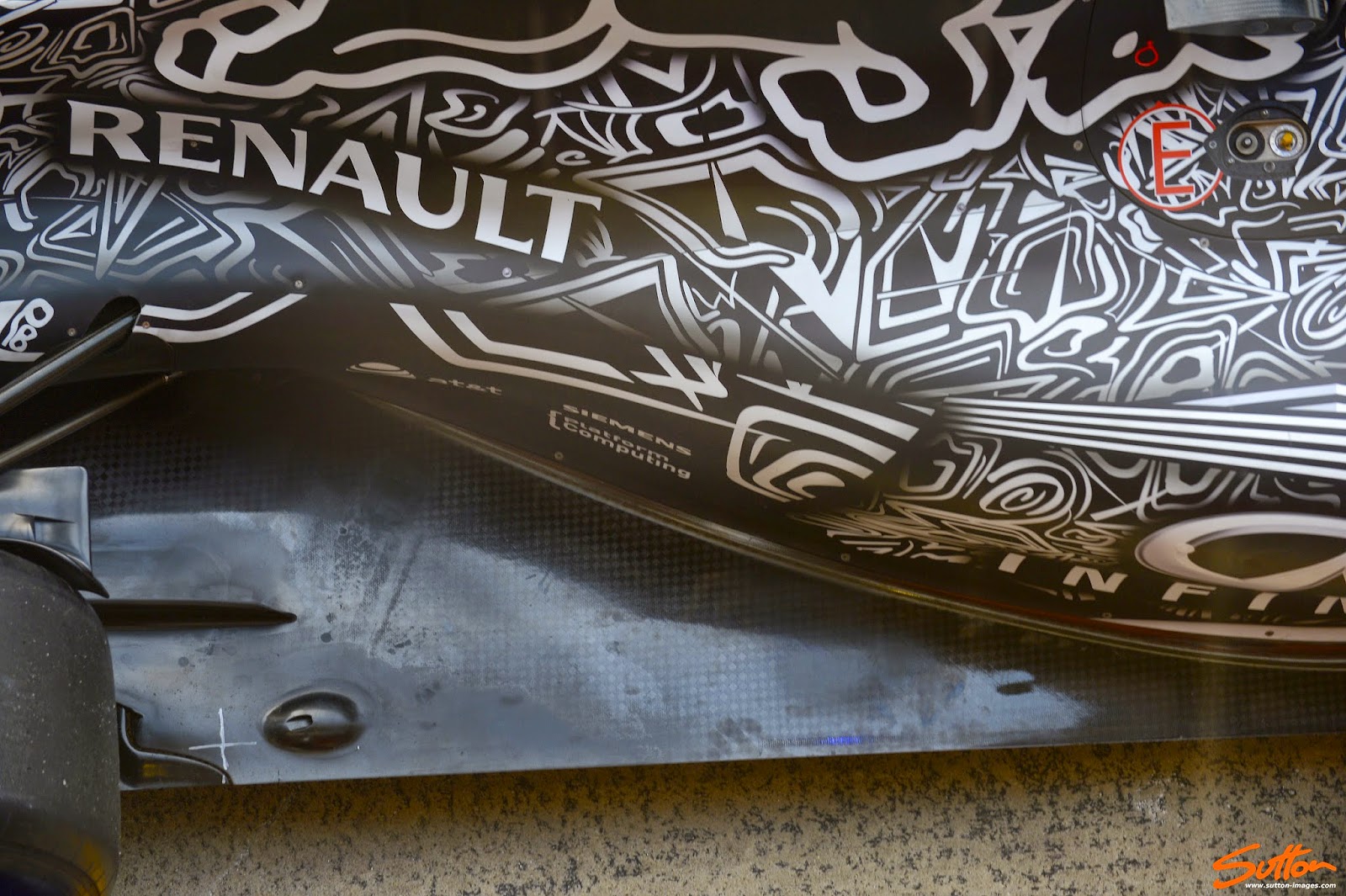 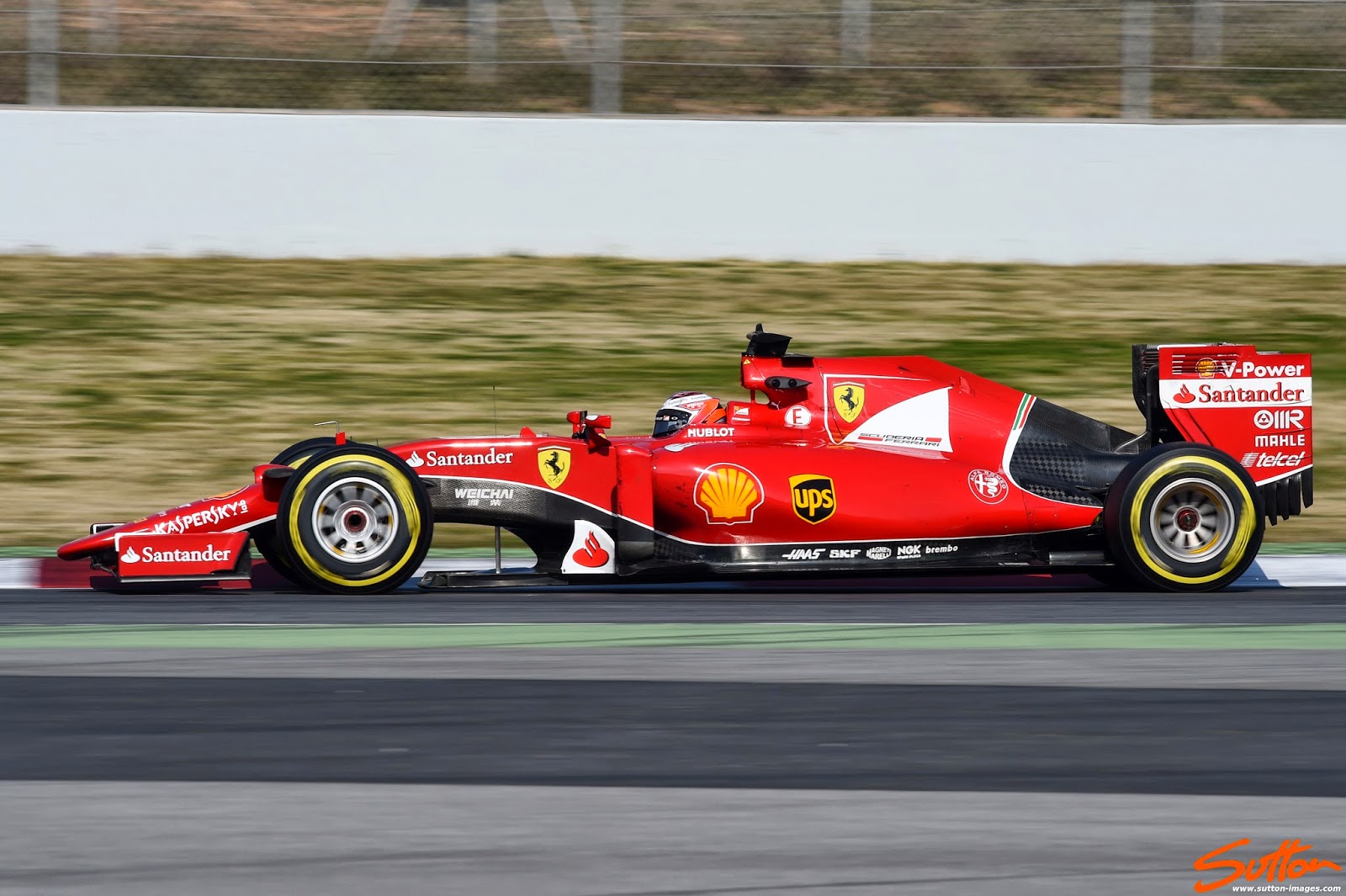 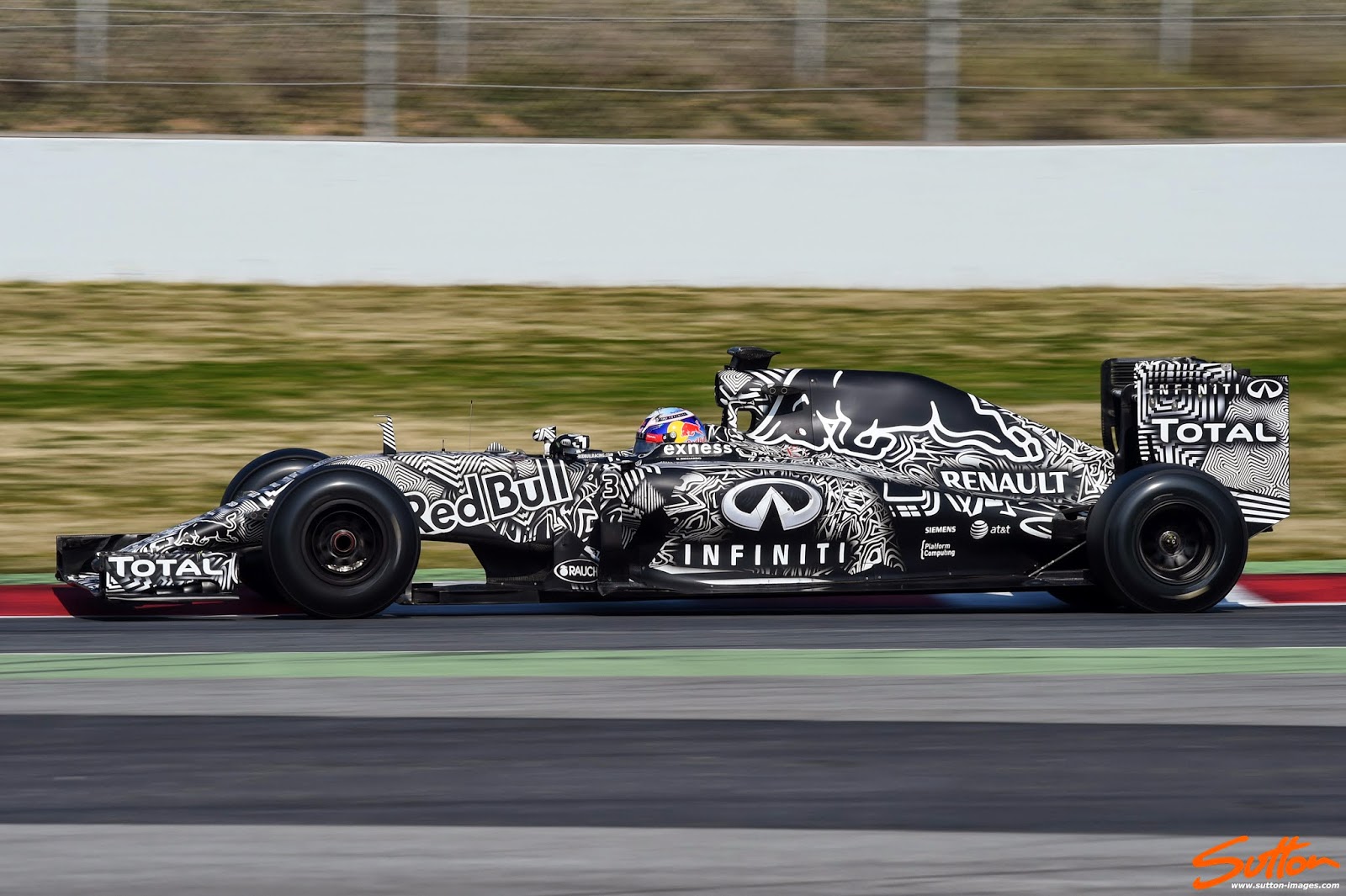 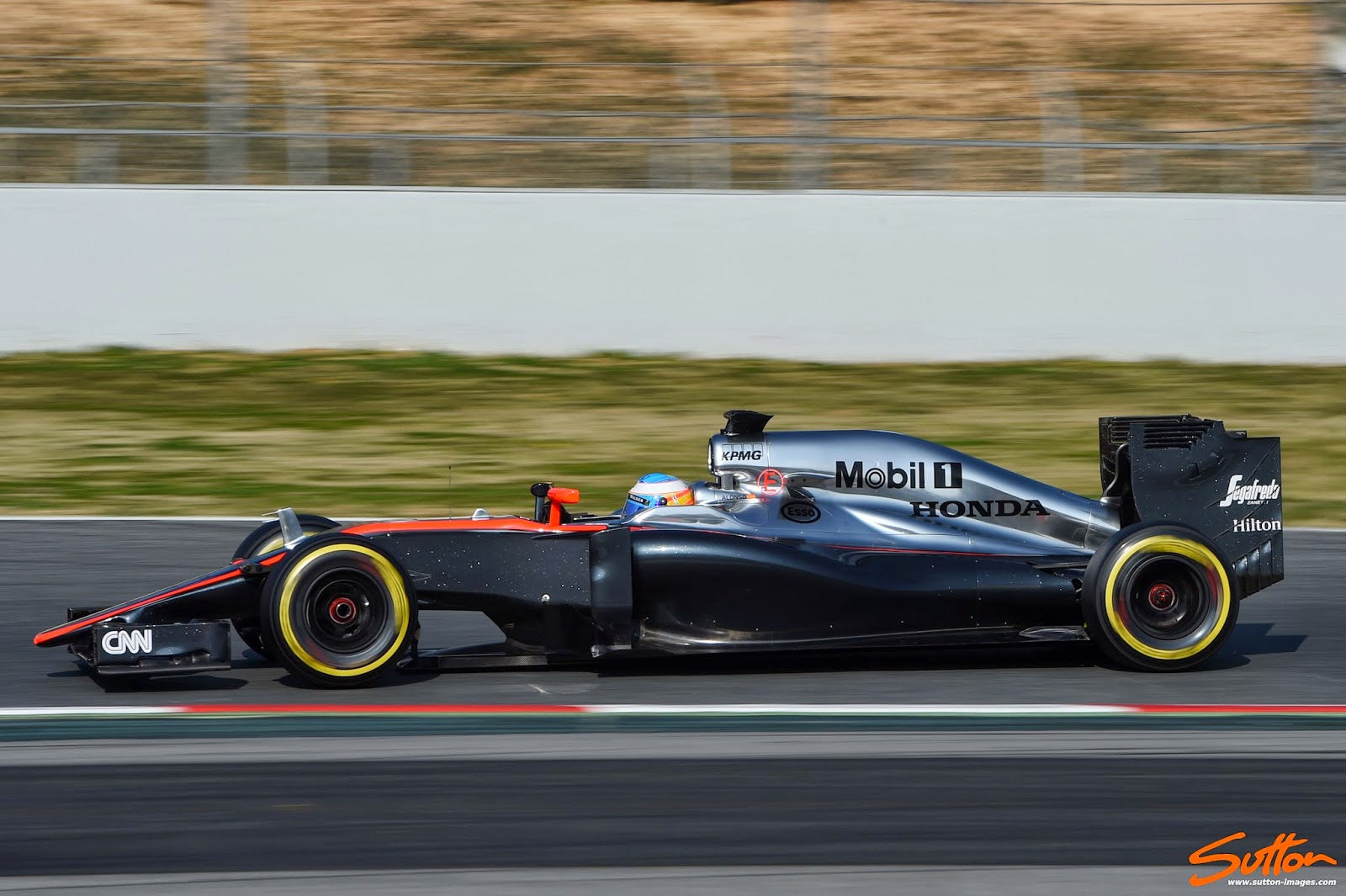 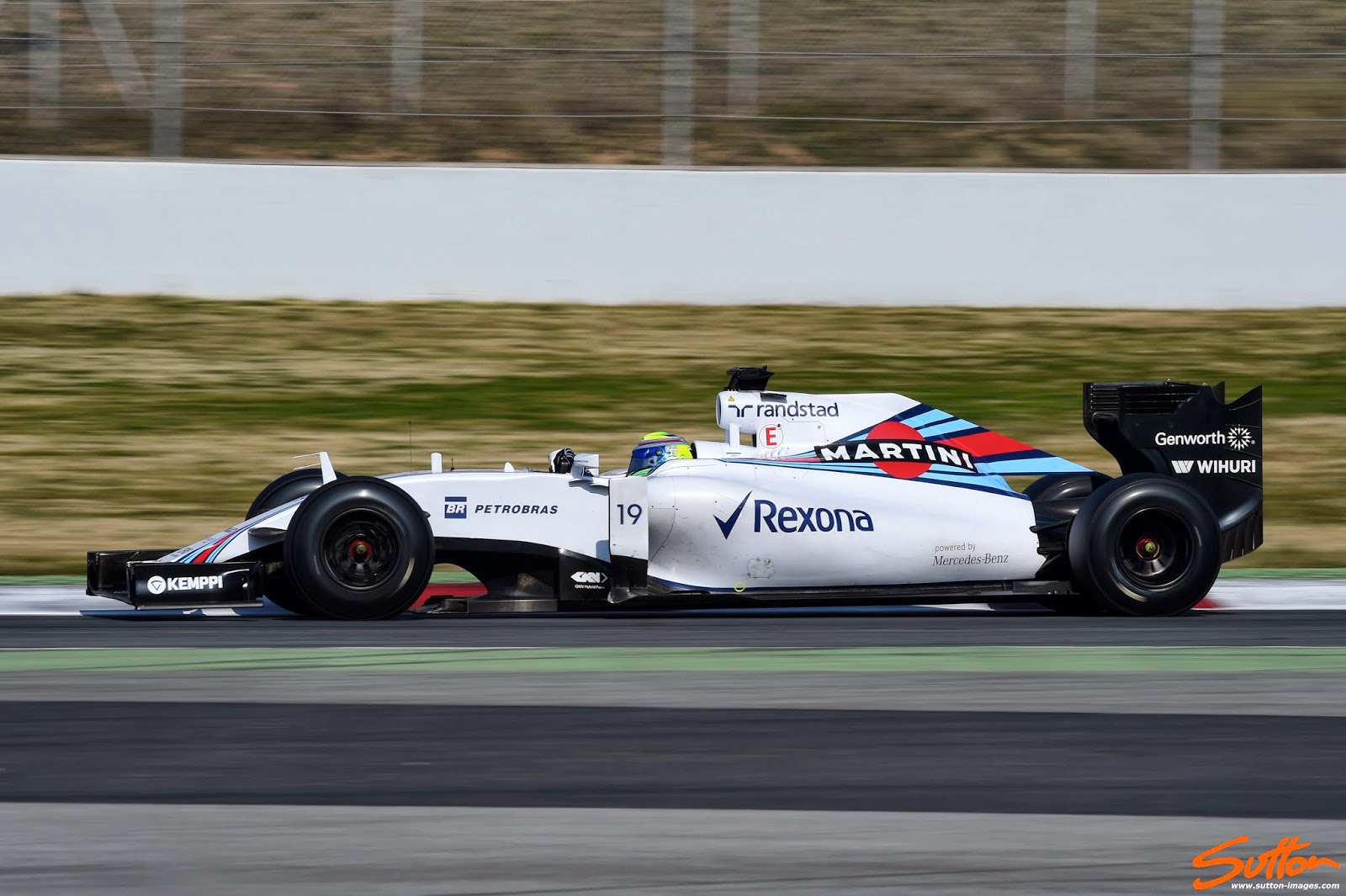 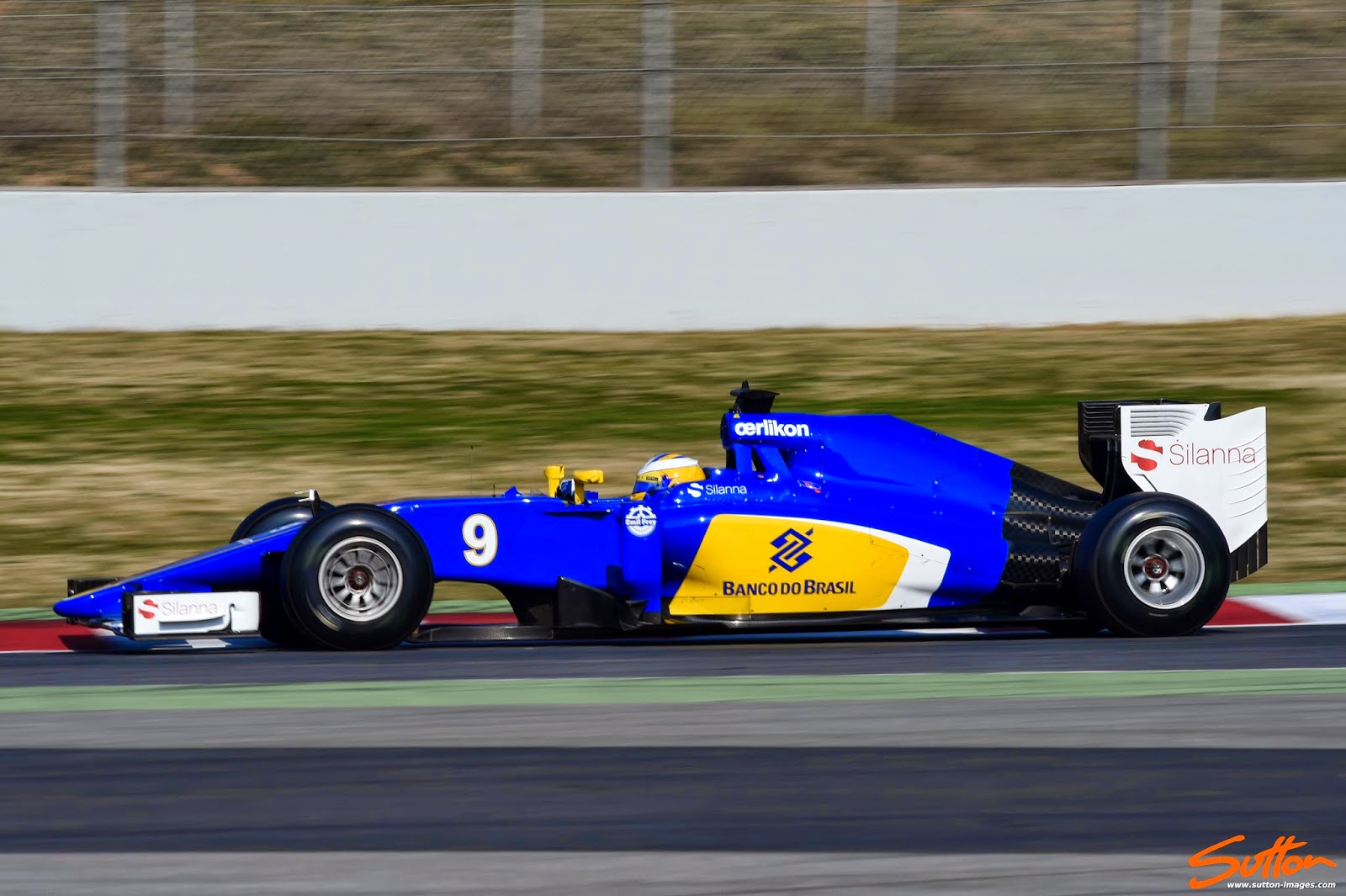 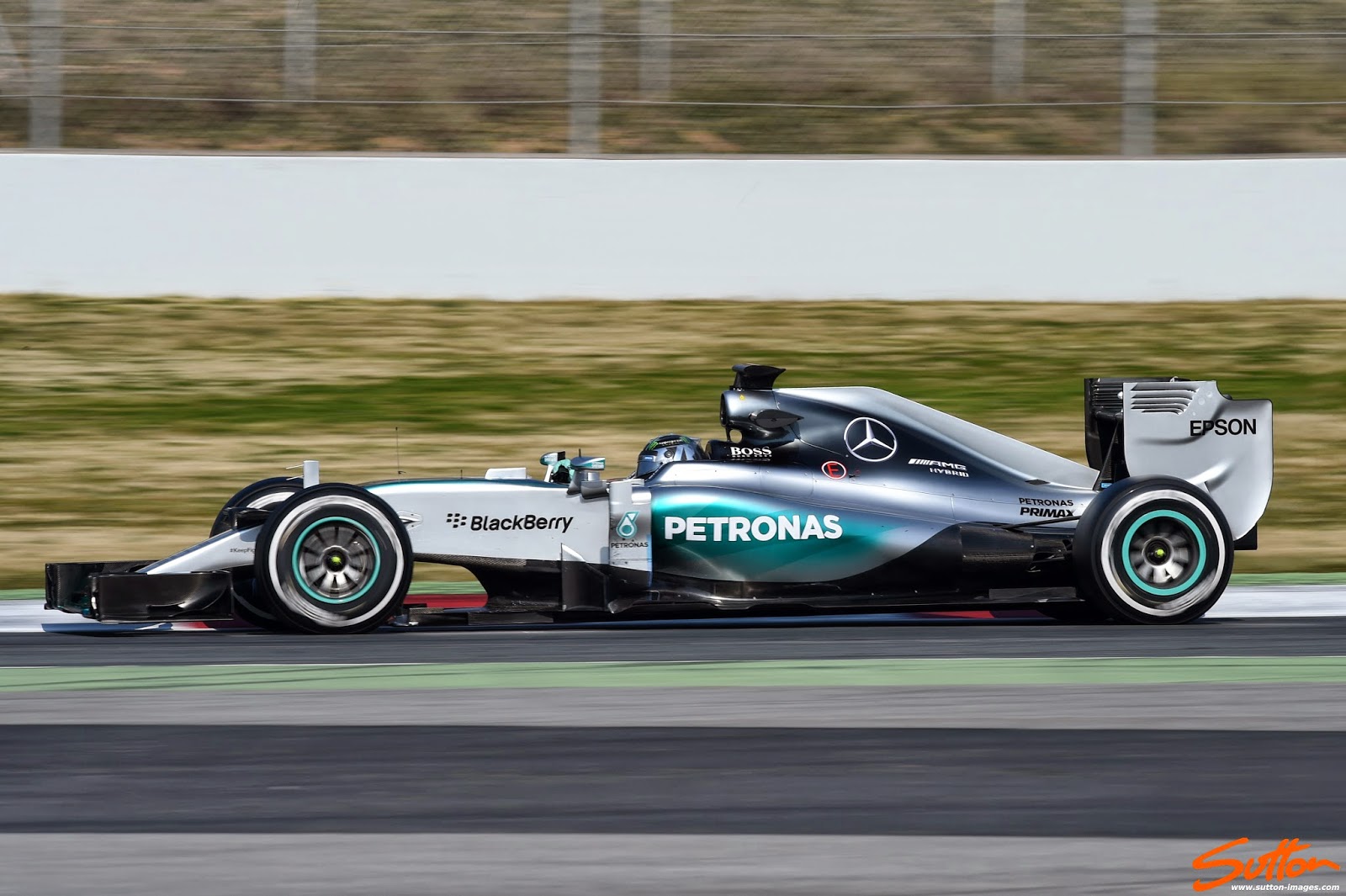 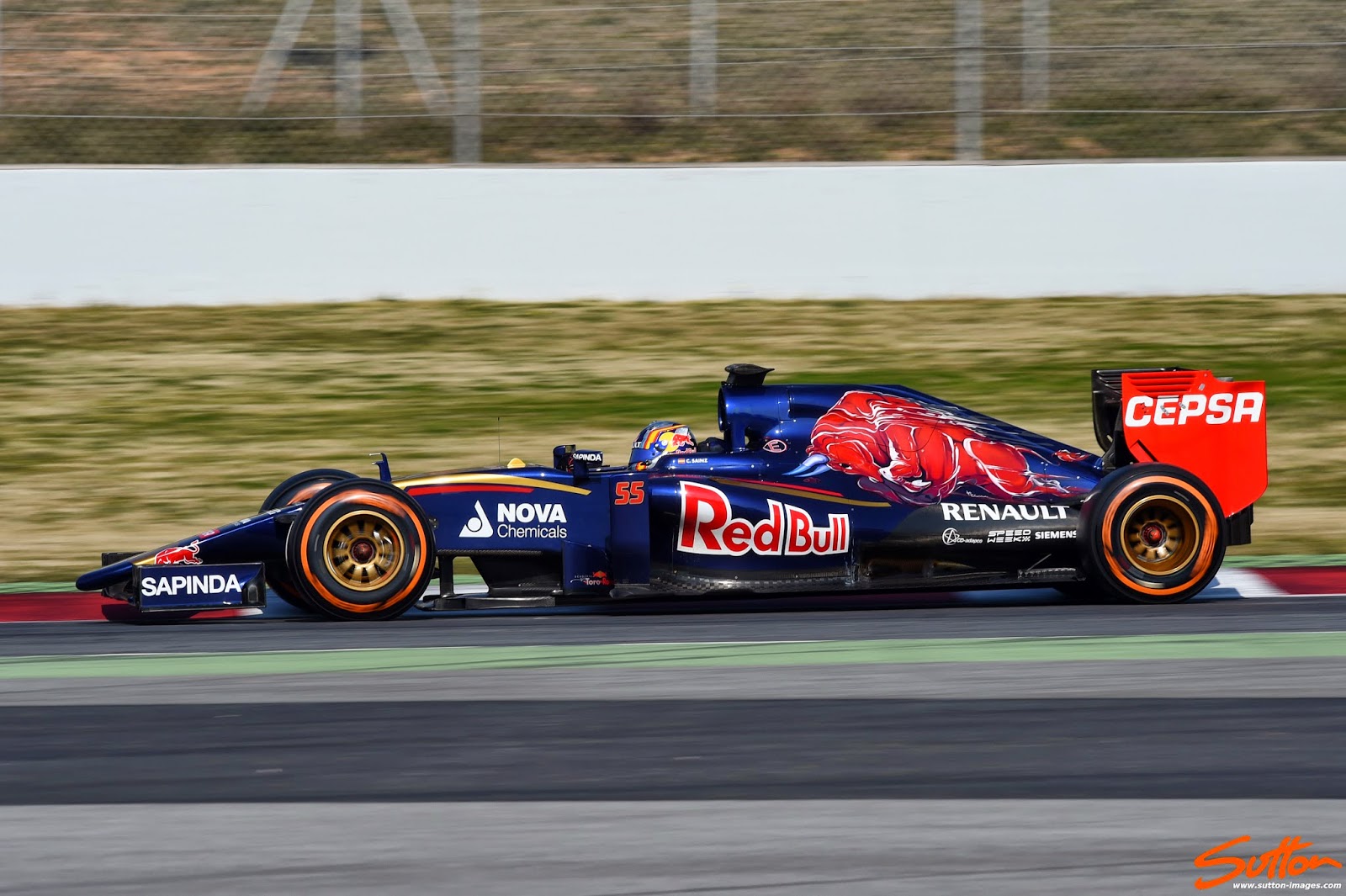