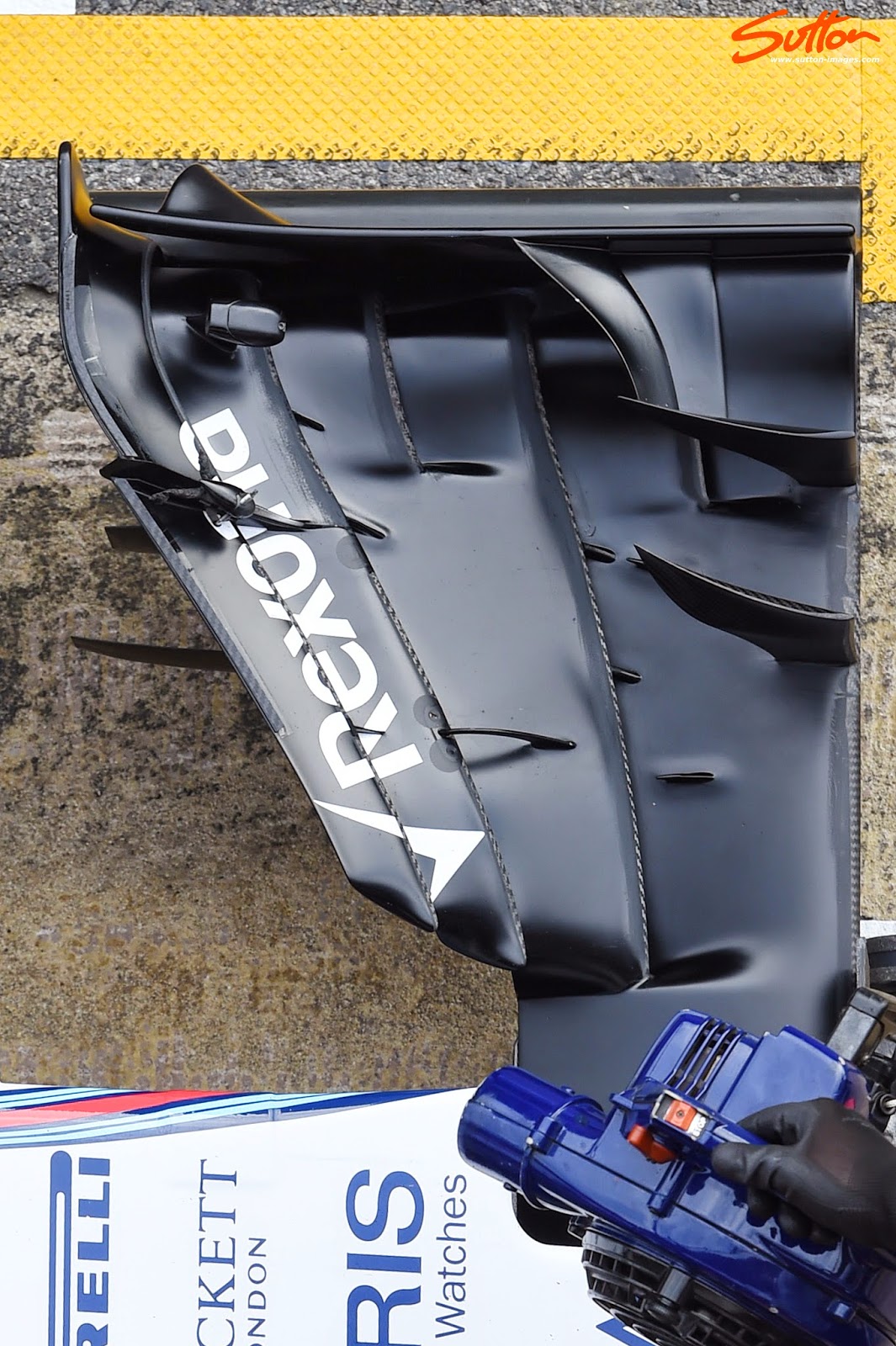 At the last test in Barcelona, Williams introduced the last of their updates in an effort to assess its viability ahead of Melbourne. The new front wing they trialed is fairly similar to their previous design but there are some obvious changes to the cascades.

The changes to the FW37's front wing have been highlighted in the two images above, you'll note that the team have narrowed the main cascade and removed the horizontal vanes that once adorned their vertical inner 'r' cascade (I've also highlighted the 'r' cascade in blue on the main image, right).