Is the Championship race on? 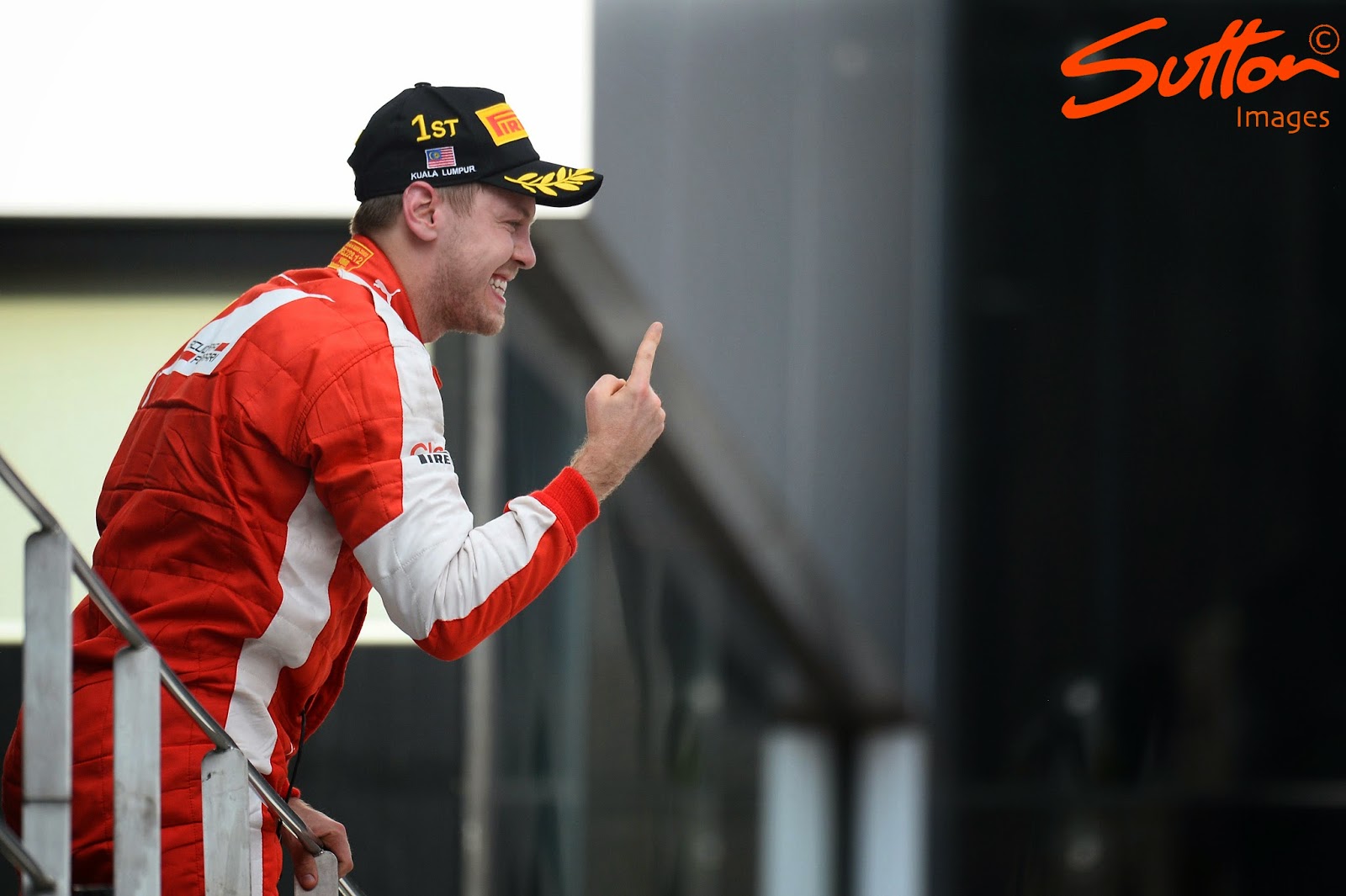 As Sebastian Vettel climbed atop the top step of the podium the thoughts of many around the world must now turn to a championship battle being ignited between Ferrari and Mercedes.  Is it too soon to even contemplate such a turnaround from the Scuderia?

First of all we must accept that Ferrari's pace in Australia has been vindicated, with a better performance in Malaysia and huge strides made in comparison to last years effort.  The SF15-T is clearly a massive improvement, with the team fixing many of the fundamental issues that their cars have had in previous seasons.  Plagued by issues with their own wind tunnel, they spent time using the Toyota facilities in Cologne whilst their own tunnel was refurbished.  Having completed those refurbishments during 2014 this years car has predominantly been designed at Maranello, which structurally helps in terms of having all your people on site.  Although the team have clearly made strides in terms of aero it would be unwise to play down the significance of the changes made mechanically, with the car is clearly more compliant too.

In terms of the powerunit we've already established most of what the team changed going into 2015, which by-and-large rectified over complicated systems that the 2014 unit utilised.

Aside from Ferrari's clear jump in performance we must also consider some of the outside factors that had an impact on the race too.  Tyre degradation was clearly a factor that fell in favour of Ferrari's pace and although the signs were clear that this was one of their strong suits in Australia, it clearly came to the fore in Malaysia.  Lest we forget that James Allison's Lotus designed cars also featured this trait and so it'll be interesting to see if this carries on throughout the season.  The factor we must consider is the tyres operating temperatures, as with a high track temperature getting the tyres to work effectively within their window can cause some head scratching moments.
It would appear that Ferrari were working close to the optimum as they had good pace and longevity, whilst Mercedes stint lengths and pace suggest they were struggling but only in comparison to Ferrari.

A common theme of Mercedes pre 2014 was their over working of the tyres causing higher than average degradation.  Whilst Malaysia perhaps offered an isolated temperature variant it is something that in terms of strategy they'll have to consider when fighting with Ferrari.


Ferrari clearly won the battle of minds too, with their determination to stay out during the early safety car period paying dividends.  Mercedes had also painted themselves into a corner strategically during qualifying, with the team using a set of the option (medium) tyres in Q1, whilst Ferrari saved a set.  This played into Ferrari's hands during the race as that additonal set allowed them to run a Option-Option-Prime combination with Vettel, whilst Hamilton was forced to go Option-Prime-Prime.  Strategy and pit stops will become a crucial battle ground going forward if the team are to take the fight to Mercedes.

I'm trying my best to remain optimistic for the rest of the season and hope that Ferrari can continue to battle with Mercedes going forward, however, I'm also trying to retain some perspective on just how far a leap that has been for Ferrari.  Surely we are just looking at a perfect storm of conditions? Nonetheless Ferrari should be buoyed by this and they'll undoubtedly continue to push hard for the next race in China.
Tagged
Newer Post Older Post