Where now for Renault? 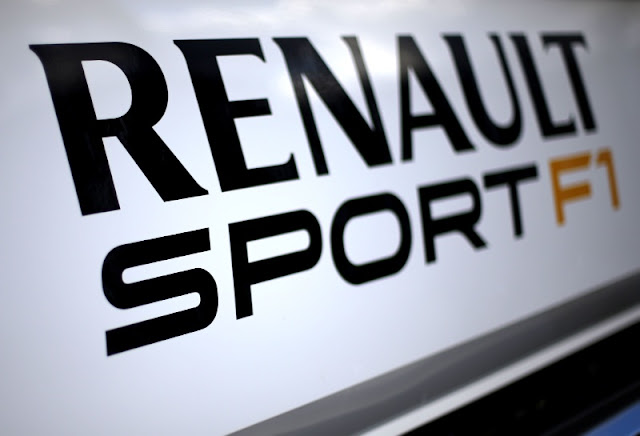 The total and absolute breakdown of relationship between Red Bull and Renault has already been somewhat of a drawn out saga.  However, with all their eggs in the energy drink basket, Renault must either find a new partner, return to the world of team ownership or for the short term at least, wave goodbye to Formula One.

Having sold their 'works' team over a two year period to Gennii Capital, they not only formed a new relationship with Red Bull but invested in larger facilities at Viry, sacrificing parking space (yea who needs that) for a larger dyno room etc, with an eye on the change in regulations abound.

By their own admission that wasn't enough though, continuing to support Red Bull in the dying embers of the V8 era they dropped the ball, concentrating far too much effort on the outgoing engine, rather than the incoming Powerunits.
Having allowed Red Bull to infiltrate Viry when the chips were down in 2014, allow them to compromise this years PU and be openly berated by what is supposed to be a partner, the time has come where the relationship is now untenable.

Red Bull are reportedly in talks with Mercedes to supply them as early as 2016, meaning they'll have to come to a financial agreement with Renault on the last year of their contract. To put themselves even further in a financial hole they'll also lose their Infiniti sponsorship and have to pay for the Mercedes units too.  Meanwhile, Toro Rosso seem to have been forgotten, the distant cousin no-one wants to speak to at the Christmas party, means either another Mercedes PU, Red Bull going with their tail between their legs back to Ferrari for supply or rubbing shoulders with Honda for their Powerunits.

So what of Renault? Well they're in talks with Lotus and Force India 'apparently' and in fairness both could do with a substantial financial injection. Renault clearly know the Entsone setup well as they're the ones who last provided the financial stability it so desperately requires now, whilst Force India is a different story...

Having purchased the team from the contentious little Irish man who now plies his trade with the BBC, Force India have continued to live in Jordan's shadow. A make do attitude to their on site facilities at Silverstone has finally made way as the team use the wind tunnel facilities in Cologne, whilst an update to 60% tooling and the model should be completed in time for the 2016, further improving the teams ability to run with the grids elite.

Continuity of Powerunit supplier for Force India meant they started their 2015 campaign with last years car and only ran the VJM08 later in the season. Meanwhile, it's clear the E23 has had little development this season, Lotus had to build a new car, as they changed from the Renault to Mercedes power.  So on the face of it their overall development is similar, it's just been achieved differently.

Whilst neither have been mentioned Sauber and Manor also offer Renault an alternative and could also do with investment.  Sauber would offer a similar solution to Lotus whilst Manor would be a considerable challenge but would offer a more mailable solution over a sustained period.  The purchase of Lotus, Force India or Sauber would also mean buying them out of their respective Mercedes or Ferrari contracts, which again elevates the cost, whilst Manor are most likely running on a year-to-year contract.

Whilst the purchase of the teams is being digested Renault could also do the unthinkable and take a years sabbatical from engine supply, giving them time to not only assess which option suits them best but also come back re-invigorated for the proposed 2017 rule shake up (which I a. Don't believe is necessary and b. If it happens will actually be put back to 2018).
This would be bad news for F1 though, with Mercedes then responsible for supplying just over half of the grid (6 teams if Toro Rosso have Mercedes PU's too) especially as the Mercedes 'works team can use ways to retain their advantage over the teams they supply.  (Ron Dennis has certainly been vocal over this, with McLaren renewing their alliance with Honda as a way of besting Mercedes in the long run).

Given the success that Red Bull and Renault shared during 2010 and 2013 it is difficult to swallow how Red Bull have openly berated Renault.  Renault have clearly made mistakes and will rise back to the top in due course, Red Bull however, would do well to remember that Formula One is cylic, no-one rules the roost forever, instead those who seize on regulation changes tend to make the best of it for several seasons.

Even if contracts are honoured between the Red Bull teams and Renault it could be all change just in-time for the regulation revolution in 2017, in which case it'd be a shame if Renault put things right just as Red Bull departed....
Tagged
Newer Post Older Post