A gateway to more noise? 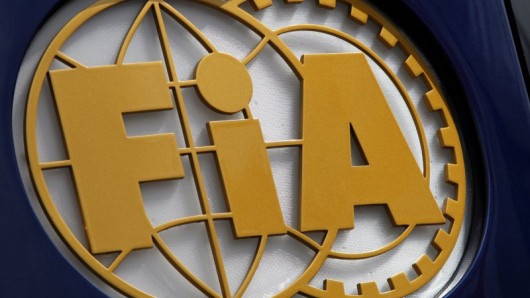 The WMSC approved changes yesterday in regard to the exhaust layout for 2015 in an effort to increase the noise emitted by the powerunits.

"For 2016, all cars must have a separate exhaust wastegate tailpipe through which all and only wastegate exhaust gases must pass. This measure has been undertaken to increase the noise of the cars and will not have any significant effect on power or emissions."

So, for those that have a problem with the current sound of F1 will it actually make a difference?

The manufacturers are caught between a rock and a hard place, with Bernie Ecclestone, the circuit promoters, the fans and some of the media being pretty vocal about the lack of noise emitted from the powerunits. Turbo engines are always less raucous than their naturally aspirated brethren as the turbo suppresses the noise the exhaust ordinarily generates.  On top of this the engine doesn't need to be revved as hard in order to attain the power and so the pitch is also shifted to more of a bellow, lest we forget these engines are short of 2 cylinders and 6,000rpm.  Furthermore, noise is just wasted energy and in designing a powerunit that is efficient as possible you inevitably end up with something that sound is a little attenuated.

We have already seen Mercedes trial the ludicrous trumpet exhaust during 2014 perhaps as more of a way of proving to Bernie et al that the exhaust note couldn't easily be changed.  The planned change to a separate wastegate exhaust will change very little in terms of noise either with the wastegate only being used in those transient conditions when the MGU-H isn't able to effectively perform the role of slowing/speeding the turbine.  Don't get me wrong you'll get a little bit of additional noise as the wastegates are in operation but I don't believe it will dramatically increase the volume, just change the type of noise we hear.  I certainly don't see it as the big ticket that F1 is looking for and will likely only further enrage those that crave more noise.

We've been here before

"5.6 Exhaust systems : Engine exhaust systems may incorporate no more than two exits and the final 100mm of any tailpipe must be cylindrical."

"3.8.5 Once the relevant bodywork surfaces are defined in accordance with Article 3.8.4, apertures, any of which may adjoin or overlap each other, may be added for the following purposes only:  - Single apertures either side of the car centre line for the purpose of exhaust exits. These apertures may have a combined area of no more than 50,000mm2 when projected onto the surface itself. No point on an aperture may be more than 350mm from any other point on the aperture."

As you can see this was based on the exhausts being able to exit in a position used by the teams in 2012/13 which led to the rise of the 'coanda' exhausts.

With the FIA eager to neutralise any exhaust blown diffusers at the inception of the new regulations, changes were later made to centralise the exhaust outlet(s) as we have now.  Latterly it was decided that the wastegate exhaust was actually erroneous and was deleted from the regulations with article 5.8 forming an expansive explanation of how a singular exhaust exit must now be placed an orientated so as that the energy expelled could not be used to seal the edge of the diffuser, as it had in the past.

Of course the teams are still utilising this energy, even from the centre-line position, albeit in a totally different way, mitigating the loss of the beam wing and edge blown diffusers.

The secondary exhaust outlet that will be introduced, powered by the wastegate(s), will likely reside within the same dimensional restraints as the current outlet and although its primary purpose is to increase the engine note I can guarantee there will be some side benefits in terms of aero.  (I suspect there may be some manipulation of the regulations in this regard before the start of next season but we shall have to wait and see)
Furthermore, as the exhaust rear of the Turbine is not part of the homologation matrix it does open up the option of changing the exhaust layout/size/orientation during the season, based on the team and/or circuit characteristics and may lead to some teams (hopefully not only 'works' teams) being able to harness a small advantage from time-to-time, be it PU wise or aerodynamically.

2016 wastegate pipe reg allows Honda to change its turbine without tokens as the casing has them already incorporated pic.twitter.com/eeX9zdK6JK
— Craig Scarborough (@ScarbsF1) September 30, 2015


As Craig rightly points out the current design employed by Honda has the wastegates incorporated into the turbines design, in order that they comply with the regulations this would have to change.  As such they should get at least a 2 token free pass as they'd have likely redesigned the turbine in any case.

Could FOM help themselves to some more noise

I've said it before and I may aswell repeat myself here, trackside and in the pitlane the powerunits actually seem louder.  Therefore I question the sound equipment being used by FOM, can they not improve the locale of their microphones? or simply turn up the volume?  In any case I may be in a minority but I like the ability to hear the car scratching the track surface, something that was inaudible with the V8's although it was clearly happening.  However, I'm sure there is a happy medium between hearing engine noise and other car related audible treats.

This isn't the silver bullet that most people are hoping for, downsizing ineviatibly leads to less noise, a fact we will have to live with, unless of course you want to follow the path of the automakers and have noise enhancers.
Tagged
Newer Post Older Post