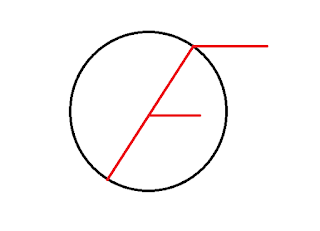 His Bernie-ness recently proclaimed that if it were up to him, he'd take the current rule book and contracts and rip them up, such is the state that Formula One finds itself in.  Meanwhile, it seems just about everyone is moaning but no-one has any clear answers with which to fix the issues.  So, as we have a little break until pre-season testing I thought why not procrastinate on such matters and perhaps I should have trademarked it, but for the sake of compartmentalising it from F1 let's call my take Formula Zero.  Starting from a blank page all sounds great but we learn from our mistakes, so, let's use F1 as the foundation and try to examine what is wrong.  I'm sure many of the things I'll talk about over the next few articles will polarise opinions but as I've already said these are my opinions and not driven by corporate agenda.

Let's start with the first snake on Medusa's head: Bernie and FOM.

The problem with dictatorships is that the ambivalent followers get restless after a while and want to overthrow their oppressors.  For decades Bernie and Max (Moseley) colluded to keep the sport relevant in their own eyes but, when Max was forced out and Jean replaced him the vultures began to circle.  For a long time Jean stood in the shadows and was criticised for being a voyeur rather than dealing with the issues the sport faced.  However, having tied a bow in his quest to right road safety campaigns he cast his eye back toward F1.  One of the mistakes Jean and Bernie made was selling the teams the right to influence the sport, through the strategy group and F1 commission, both of which are but vehicles for the teams and manufacturers to push their own agendas.

They paid the FIA peanuts for this privilege but now have the right to influence the direction the sport is taken in, something I've not seen in any sport before and likely never will again.  The FIA should always write and enforce the rules, but the current format doesn't allow this, unless it is for safety, meaning proper changes that can actually have a bearing on the sport will not happen.  Whilst the teams and manufacturers should not have any final say over the actual shaping of the regulations, I agree they should be heard.  The strategy group / F1 commission should only put forward ideas not have the power to push them through and whilst I realize the WMSC has the final say in ratifying any changes, if the aforementioned groups have agreed that F1 become a tiddlywinks championship I doubt they'd oppose it either.

One of the fundamental issues that F1 faces is that characters, be it pundits, ex drivers etc, on its periphery are always keen to bad mouth aspects of the sport they don't like.
"It was always better in my day", "It's so expensive to operate in the sport these days" etc, etc it's like the whole paddock go around wearing rose tinted glasses.

Whilst you can't please everyone I'd also argue that if you watched many of the races in what are often claimed as stellar seasons (which I have) it was simply punctuated by great individual performances, whilst, as is always the case, one team dominated another, until such point that a regulation set had reached a certain point in the gestation period.  As an aside I think we'll see that again next year, as Ferrari begin to challenge Mercedes superiority, just in time for the sport to make another knee jerk reaction and spend a fortune changing the regulations and therefore the cars again.
However, what I do agree with is that Formula One could be better and over these next few articles I'm going to delve deeper into some of the core issues the sport faces and make suggestions on how, if I were the new Bernie, I'd make changes to influence the direction of the sport.  You can check back here for all the links but here's an idea of what I'll be covering: