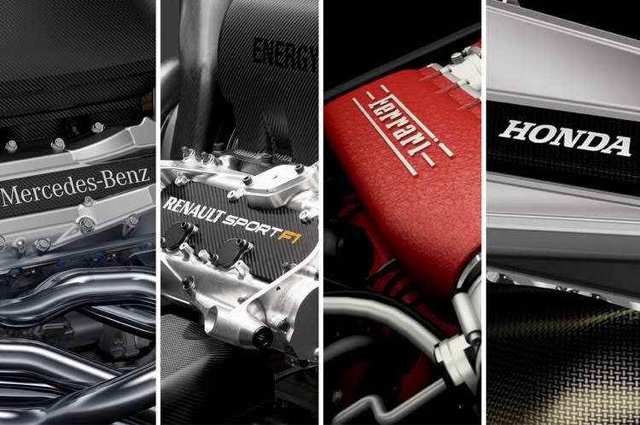 Cyril Abiteboul let it slip at the Renault launch that changes to the powerunit homologation process and token system have been agreed going forward.  (http://www.motorsport.com/f1/news/f1-to-scrap-power-unit-token-system-from-2017-671488/)
For 2016 the parts that were locked out will be available to be changed once more, meaning any errors made in the early development phase can be remedied.
The both exciting but also potentially risky development is that the manufacturers have seemingly agreed on the token system being removed from 2017 onwards.  From the outset this seems like great news for Renault and Honda, as it gives them the chance to catch up to Mercedes and Ferrari.
So, why the concern I hear you say.  Well firstly costs are going to spiral rapidly, which could see any advantage gained by Renault and Honda rapidly dissolved.  It'll be a bit of a yo-yo effect until such point that the gains become smaller and smaller for Mercedes and Ferrari, as they hold a larger funding pool than those chasing.  Even though an agreement has been put in place that ensures the none 'works' teams pay a maximum of €12m per season, meaning Mercedes & Ferrari recover €36m each, whilst Renault recover €12m and Honda nothing based on their current supply deals.   That's a substantial funding deficit Renault and Honda have to make up to promote their wares against the other two manufacturers..
The other issue I have with 'carte blanche' development is that it opens up even more possibilities for the 'works' teams to take advantage over the supplied teams.  Yes you still have the penalty system to keep them in check to some degree but, with 5 complete powerunits to play with it opens up some delicious technical implications that might otherwise go unnoticed.
Whilst the current allocation of powerunits are designed to remain largely unchanged (save the in-season token spending conducted in 2015 and will be spent in 2016).  However, think laterally, circuit characteristics dictate that the manufacturers have to make compromises in order that they extract the maximum performance over the 21 race calendar.
Imagine though, that the six main components (ICE, Turbo, MGUH, MGUK, ES and CE) could be designed to maximize the different track configurations be it turbo trim, component layout etc, etc.  These changes could be implemented as the season unfolds and a driver simply selects the relevant specification based on the circuit rather than just a mileage plan/upgrade schedule as is currently the case.
It's something we used to see in the V8 era to a much smaller extent.  For example each team ran different exhausts, some teams even changing them race by race to suit the circuit demands.
I'm both excited by the potential of the news that Cyril extended to us today but also filled with trepidation over how this could be exploited.  One thing is for certain it'll be very messy and could cause just as much confusion as the outgoing token system.
Tagged
Newer Post Older Post