As a follow up to my earlier post that the administrators have been called in at Manor I thought I'd expand on some of the technical issues that are faced by any new investors that may crop up and also shed some light on the timing of the announcement.

Manor Racing are/were the smallest entity on the grid, operating with a staffing level south of 200, it is these people that we have to feel the most for in a situation like this but also be pleased for, as the directors took the decision to put the company into administration at a point when they knew they couldn't pay them.  It is my understanding that the staff have been paid up until December but in a meeting that all staff members were called to this morning it was suggested that no payment for work conducted from now on would be guaranteed and only settled by the administrator or a new investor.


A decision to limit work on account also carries across to the smaller peripheral community of companies that supply all of the teams with their wears.  With the design of the car at a point where you'd expect orders to have been placed months ago and either almost be ready to be shipped or already at the factory awaiting assembly it is clear that this isn't the case.  This puts an even heavier burden on any potential rescue package as it's unlikely the cars can be finished, shipped and race in any of the opening rounds, let alone get to Spain for the two pre-season tests. 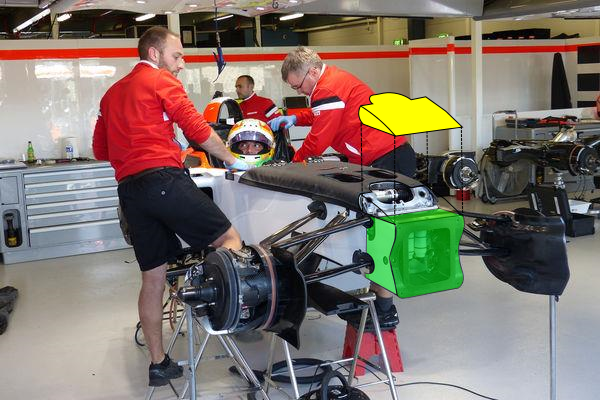 The announcement effectively comes at the point of no return for a team that has already been saved from the brink by its current owners.  That time around the clock hadn't been ticking for such a long period either, going into administration in October last time around, and resulted in the team being given dispensation by the FIA to run a year old chassis with a spacer used to circumnavigate the new chassis/nose rules.  This time around they have no such option, with a rule change that creates a vastly different car from the predecessor and leaves them no alternative but to build a new car.

IF, and that's a big if, someone was prepared to take on the monumental odds faced by bailing out the team it would not only need financial clout but support from the industry itself, with many of the suppliers including the likes of Mercedes & Williams, who supplied powerunits and gearboxes respectively, are likely owed some money from their dealings during last season, needing to extend them a line of credit.  We've seen it done before, by this team and BrawnGP in recents years, but perhaps none on this scale.  Unfortunately the only way I see a phoenix operation this time around is if they miss a couple of the opening rounds, much like they did in 2015, as they shore up the operation.  However, this is contingent on FOM looking favourably on such an endeavour and will likely come with many restrictions and penalties should they not meet their targets.