Kubica on the comeback trail?.. 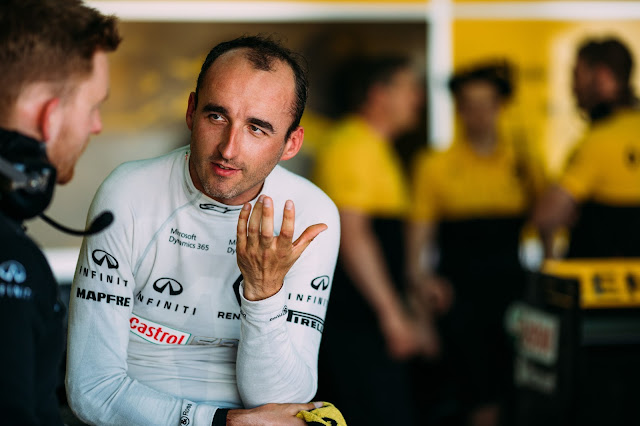 Robert Kubica, an F1 champion in waiting, or at least he was until that fateful rally crash that injured his arm and prevented him from piloting a single seater, well, until recently anyway. The Polish driver has an army of fans, likely due to the plucky underdog persona that he carried around for several years - although that would likely have been cast aside had he worn the scarlet overalls aboard a prancing horse as has been suggested, partnering his long time friend Fernando Alonso.Robert was meant for greater things in an F1 sense and although he's driven a myriad of other machines, including rally GT and LMP1 cars he still felt like he had unfinished business with single-seaters, especially as the doctors essentially told him it would never happen. Mobility of the arm within the confines of the cockpit were isolated as the main reaseon, but the Pole became steadfast in his quest to slay the dragon and once again climb aboard the machines that have dominated his racing life. 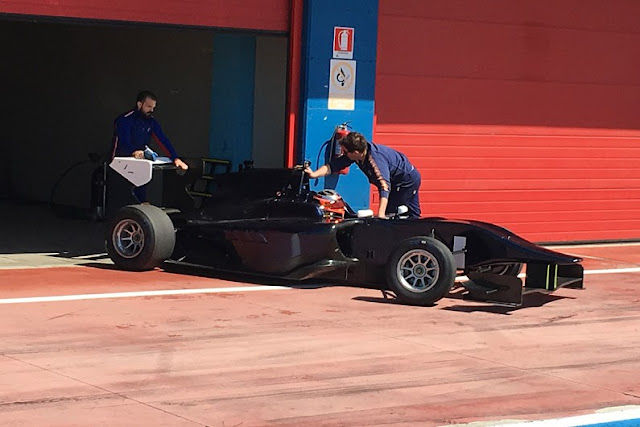 In April of this year he went about a private test that set the scene for a momentous occasion that took part last week but, this first outing cannot be underestimated as he piloted a GP3 car for 70 laps around Franciacorta Circuit, a task that should not be overlooked given GP3 cars lack power steering.  He had the following to say about the experience:

“I'm back on the water where I swam for many years, and I must say the feeling is great,” said Kubica, who described the experience as “truly wonderful”.“I was surprised, because after so long the feeling with the asphalt and the feelings I remember are back afloat. Of course there were a lot of things that I can do better.“On the physical front and preparing many aspects you can improve, but my limits are at a good point.”

Just a month after his GP3 foray he stepped into a Formula-E car for the first time, at another private test in Donnington. It's unclear how that test went or how many laps were completed but it's fair to say that he garnered interest from several teams within the sport - especially as numerous teams need a substitute driver to compete at the Brooklyn E-Prix due to their drivers having other commitments. Of course, Bob’s alignment with Renault does put him in the box seat for Buemi’s seat but by all accounts he's passed up the opportunity as he continues to chase his dream of returning to F1.

The Polish driver has been out of the cockpit for six years now and at 32 would already be considered to be in the twilight of his career but, it appears he's not done with Formula One - he has an itch he needs to scratch and it appears he could still be competitive too. In fact word on the street is that the at the test conducted last week, in a Lotus E20, at the Ricardo Tormo circuit in Valencia he was actually rather rapid, faster than a certain Russian who was also in attendance… 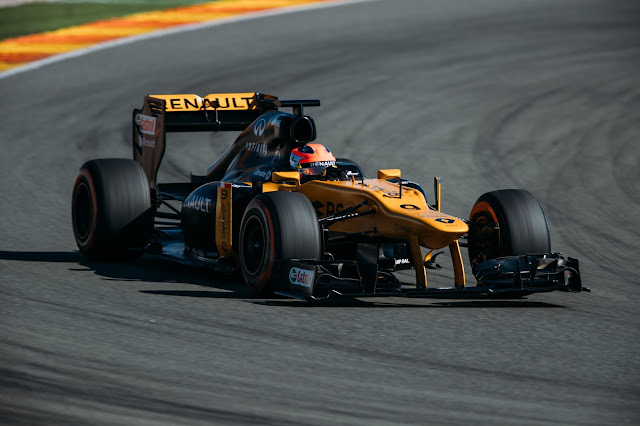 He completed 115 laps during the private test, yes, you read that correctly 115! and these were not slow laps, this was a race weekends work in a single session, as he completed qualifying runs, practice starts and a race simulation.

“It was good to see Robert back in a Formula 1 car. It was a smooth day. We tried to condense a Grand Prix weekend into one day, which was interesting for him. Robert has changed a little, he is more mellow and he wasn’t as pushy when asking for every detail about the set-up of the car! His comments and feedback, however, were like turning the clock back for all of us. It is a tricky thing to jump into an F1 car after six years and it was a great performance from him. This was a one-off event for Robert. His time with Renault was cut short so abruptly and we perceived such a nice future with him. The team was in Valencia testing with Sergey Sirotkin, so it was the perfect opportunity to offer Robert a day in the car and contribute in our way to his recovery.”

The test put Bob back in the mind of many, and given the fact he was able to turn so many laps in what was considered to be a competitive test scenario it's of no surprise that he's now being linked with numerous teams and situations.  In fact Sky Sports (UK) broadcast a Skype interview they conducted with him in the run up to the Canadian GP.

Then, two nights ago he appeared on Polish television, providing a 40 minute interview to Eleven Sports - the national F1 broadcaster. Friend of the site F1Talks has created a transcript of the interview over on his site (here in full: http://www.f1talks.pl/2017/06/15/kubica-i-have-a-plan-in-my-head/), which I urge you to read but here's what was said with some further tweaks from me.

Robert on his test of the Lotus E20 in Valencia:

"It was a really emotional moment and I felt like a little boy, like starting from zero. On the other hand I’m older and it’s getting harder to get some sleep than it was 15 years ago. Emotions were on high level and sensations stayed with me to this point and will stay a little bit longer.

There has been question marks over the test car used, seeing as it wasn't one from the hybrid generation, do you have anything to say about that?

"To be honest I don’t think [I will have any problems with new cars]. New cars are faster in the corners but it’s not a big difference compared to 2012 cars. New cars are faster than last year’s cars or cars from the penultimate season when downforce was reduced. Lap times were low but time was gained mostly on the straights and the corners were slow. Now old standards are back. Speeds in the corners are similar to 2008, so after 10 years the situation has changed. Taking the corner 5 or 10 km/h faster, it’s not a problem and I’m quite calm about that. If I will get a chance to test a 'new generation' car I don’t think it will be problem form me. Of course I will have to learn many things, to learn new parts but it’s just a matter of time. If I get a chance I will do the job as well as I can and I will try to learn as much as I can, but it’s beyond my control."

I'll be keeping a keen eye on the developments surrounding the Polish drivers potential re-entry to the sport and understand that he'll pilot a car for Renault at this years Goodwood Festival of Speed.  Who know's though, could he take part in the next in-season test too? or could he, as others are suggesting, replace Palmer before the season is out? Especially since we've now past the only real sticking point on the calender in reference to his cockpit mobility: Monaco.