Book review: Adrian Newey - How to design a car 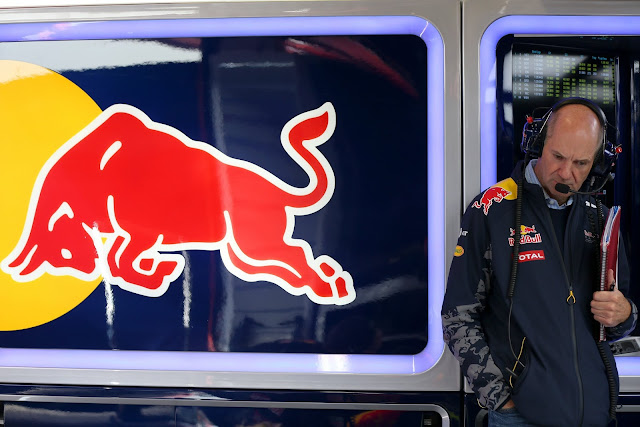 Adrian Newey is the most successful designer in Formula One's history, responsible for race and championship winning cars at Williams, McLaren and Red Bull having cut his teeth with March and Leyton House.

The book charts his success, and failings, as he takes an open an honest account of his time in the sport. He carefully intersperses talk about the design detail of each car with stories about his life and times in a sport that he's devoted his life to - often at the sacrifice of those closest to him. This dilutes what would otherwise be a formulaic approach, as the book is structured around the cornerstone cars of his career.

It was certainly interesting to hear how the early years unfolded, as he explains with exceptional clarity his upbringing and educational struggles, followed by formative years at March including the  design of their Indycar chassis, all whilst race engineering for Bobby Rahal and the heady lifestyle of having to operate between the US and UK.

It's no secret that Adrian has followed an evolutionary design philosophy, something he's keen to expose as you leaf through the book, with his original designs very much the forebears of the modern machinery, each one adapted to suit the prevailing regulations. Of course each of these changes have eaten into the design envelope and whilst he's keen to thank the FIA for their relentless pursuit of increasing safety, you can sense his frustration at what he deems to be a malevolent undercurrent - almost like a target on his back with the regulator fixated on reducing his ability to innovate.

The delicate matter of Aryton's death is also covered, as Adrian explains how the FW16, designed around the 'active suspension' concept, was difficult to drive and aerodynamically inadequate. He's relatively candid about the design changes that were made to accommodate the Brazilian, his role in this and the procedures that became commonplace thereafter but what really comes across is that feeling of mental turmoil that he carries to this day, haunted by the reality of losing a driver.

Technical explanation of some of the more intricate topics, such as active suspension, blown diffusers, etc come with diagrams penned by Adrian himself and give interesting and insight into the fundamental design challenges faced by a Formula One. He admits though that his role has since diminished, the advent of CAD and CFD relegating his now archaic drawing board methods to large scale conceptual ideas, rather than the very iterational minutia they are able to produce in shorter time frames.

The introduction of the hybrid powerunits were a segue for Adrian, as he negotiated a new contract with Red Bull that would see him take on other projects outside of Formula One. He'd become disinterested by the now very political nature of Formula One's 'regulation games', being shaped by interested parties, rather than from an engineering perspective. The last part of the book covers some of the projects he's worked on during this time but not in huge detail, as you'd expect.

The book was clearly finished before he was called once more unto the breach this season, as the regulations have, for the first time, been relaxed in order that the laptimes be reduced. This has led to an enormous regulation change, primarily affecting the aerodynamic design of the cars and that had left Red Bull adrift of Mercedes and Ferrari. I suspect we can probably look forward to a second edition in the coming years, as hopefully he explains what went wrong, why he was redrafted in and what part he played in the teams recovery.

Formula One fans of all walks should not be dissuaded from reading this book, as even though it does have a technical approach it's layered with fascinating stories about his time in motorsport and the characters within that shaped it.
Tagged
Newer Post Older Post