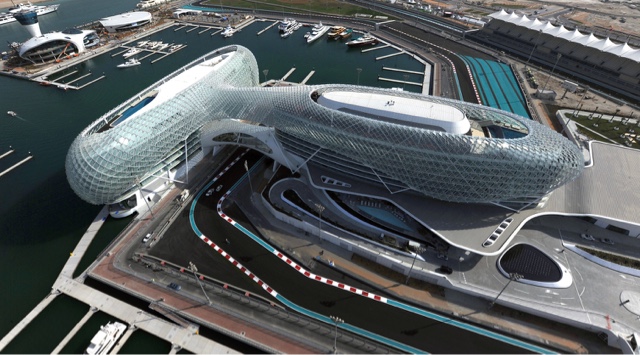 It seems like only yesterday that Formula One rocked up in Melbourne but here we are at the final race of the season and whilst the championships are already tied up theres still scores to settle, a race to be won and knowledge to be gained.

The F1 circus is bought back to earth with a bump as it arrives in Abu Dhabi, which is located just a few metres above sea level, a completely different challenge to the ones faced at high altitude in the preceeding two rounds. The anti clockwise Yas Marina circuit is a relatively flat one too, with the main elevation change occuring in turn 3, as the rest of the circuit winds around the natural undulations of the landscape.

Pirelli have opted for the three most performance orientated compounds - the ultra soft, super soft and soft tyres, with teams naturally gravitating towards the softer options for their allocations. Renault being perhaps the Joker in the pack, having selected four of the Super Soft tyres for both of their drivers. 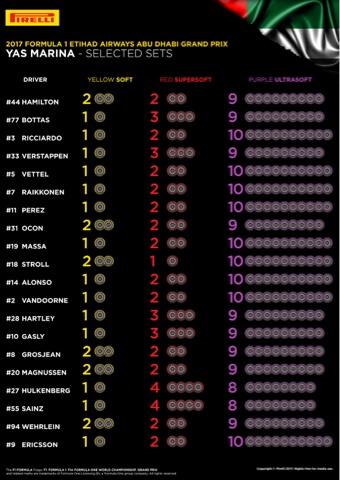 Tyre pressures are fairly innocuous, with minimums set at 20psi and 19psi at the front and rear respectively, whilst camber limits have been set at -3.50 degrees (front) and 2.0 degrees (rear). The cooling track temperatures as the race is set to start late in the day is part of the challenge of keeping the tyre in the relevant operating window.

The post event/season test, held on Tuesday and Wednesday is going to be of huge significance too, it's the first time that the teams will get hands on experience of next years tyres, giving them insight into construction and compounds. The Italian tyre manufacturer was deliberately conservative with their selections in 2017, as making decisions based on data from the teams regarding this years cars and the data from the 'mule' cars created and run by Mercedes, Ferrari and Red Bull in 2016 proved inconclusive. 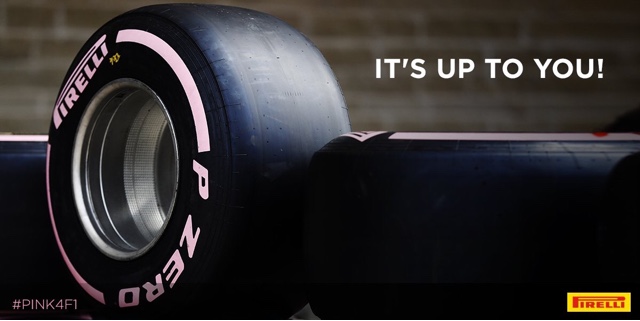 Having helped to deliver the leap forward in laptimes that had been promised for 2017 we can expect those times to tumble further in 2018, as Pirelli lower the compound choices by a step - the hard becoming the medium, the medium becomes the soft, the soft the super soft and the super soft the ultra soft. This means the ultra soft goes a grade further, increasing performance beyond the current envelope. Going even further, the manufacturer is set to introduce a sixth compound, even softer that those, which will be run with pink branding and dependent on the results of a fan survey will be known as either the Mega soft, Hyper soft or Extreme soft (strangely enough there was no option for SoftyMcSoftFace).
Tagged
Newer Post Older Post