How T-Wings and monkey seats, thought outlawed, could still feature in 2018 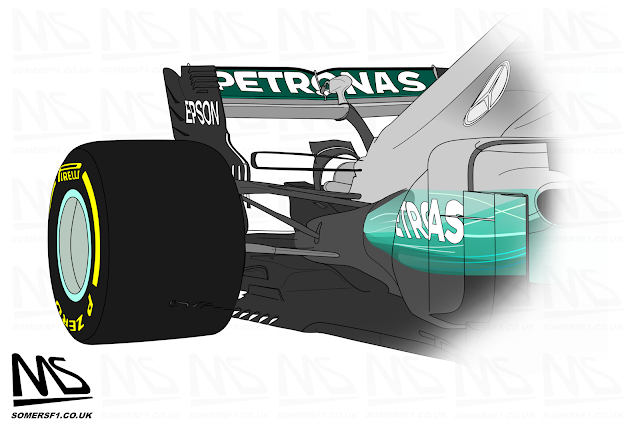 This article first featured on my Patreon page 3 days ago, sign up now to get content before it hits the blog... www.Patreon.com/SomersF1

Is there a way around the T-Wing ban? A question posed by fellow Missed Apex panelist Chris Stevens the other day in our Whatsapp group, based on an ambiguous statement that Ferrari made in their recent “F1 regulations 2018: the car” article...

“The large shark fin on the engine cover has almost completely gone, while the positioning of the transversely mounted T-wing, which all the teams used in 2017 to better direct air flow towards the rear wing has been reviewed.”

Reviewed? Really Ferrari? You’re telling us there is a way around the changes made in the regulations?

Well, based on the redraft fiasco that led to the T-Wings arrival in 2017 I had to go off and check the regulations again, just to make sure something hadn’t slipped through the net…
The simple answer is no, they cannot be used in 2018, the more complex answer is that only covers the upper T-Wings that most of the field utilised last season. You’ll note from the diagram the problem with Formula One’s antiquated regulations is that we have multiple box regions that intersect others, resulting in the kind of opportunities we saw in 2017. In order to remove the T-Wing and further limit the designers scope 3.5.1c has been amended - 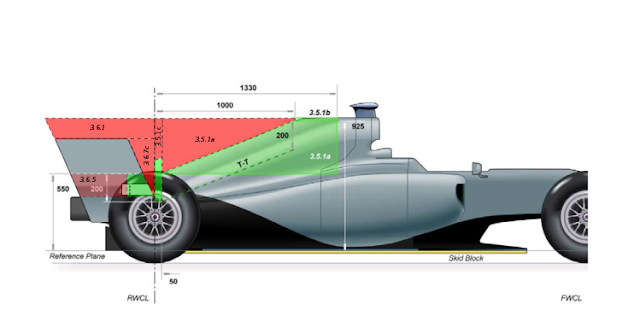 Interestingly the wording didn’t go as far as to limit the height to 550mm above the reference plane, presenting the opportunity to have a winglet in the area above and behind the engine cover that can still span 350mm either side of the cars centreline. 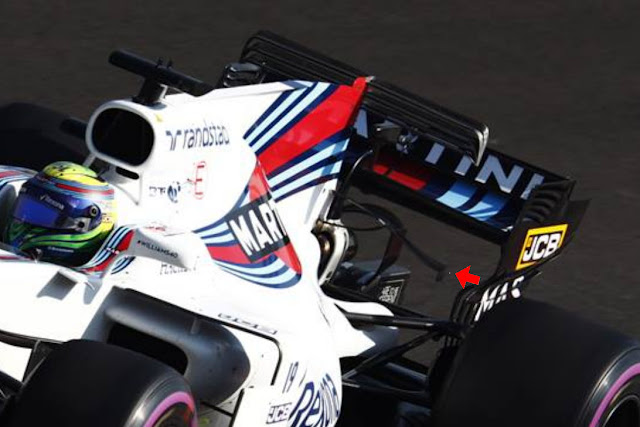 This presents the designers with the option to have a winglet placed in a similar position to the ones used by Williams and Sauber in 2017. That’s not saying it will be desirable to do so, just that it is possible. 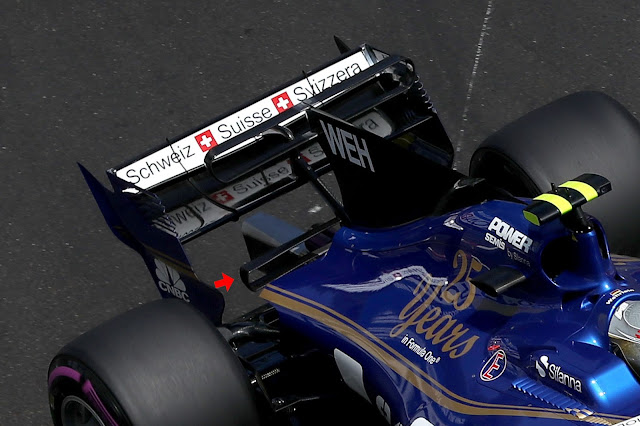 Time to stop monkeying around?

The FIA have, for years, looked to neutralise the role the exhaust can have on the aerodynamic performance of the cars. En vogue, firstly with exhaust blown diffusers in 2010-2011 and latterly with ‘Coanda’ style exhausts in 2012-13 the FIA hoped to eradicate the practice as part of the hybrid rule change in 2014, leading to a single centreline exhaust mounted just above the crash structure.

Of course, this only stemmed the flow whilst the designers found ways in which to improve the aerodynamic efficiency of surrounding flow structures, before once again harnessing the otherwise wasted energy. The designers began creating surfaces and airflow structures, such as crash structure winglets, Y100 winglets (monkey seats) and optimising the diffuser and rear wing to take advantage. That’s primarily because the diffuser and rear wing work better in tandem than in isolation, with designers keen to make both flow structures to ‘talk to one another’, as the diffusers aerodynamic structure upwashes to meet with the one created by the rear wing.

In order that the monkey seats influence over the exhaust plume be limited the FIA have made some changes to the regulations for 2018. Perhaps most importantly they have lengthened the position of the exhaust, requiring the tailpipe finish 50mm further back.


On top of these changes another bodywork caveat has been added -

3.6.5 "With the exception of the last 150mm of the tailpipes described in Article 5.8, there must be no bodywork in an area less than 100mm from the car centre plane, more than 200mm behind the rear wheel centre line and between 400mm and 550mm above the reference plane."

This means that any bodywork (winglets or otherwise) surrounding the exhaust will have to finish at least 20mm ahead of the tailpipe, reducing their impact on the exhaust plume. 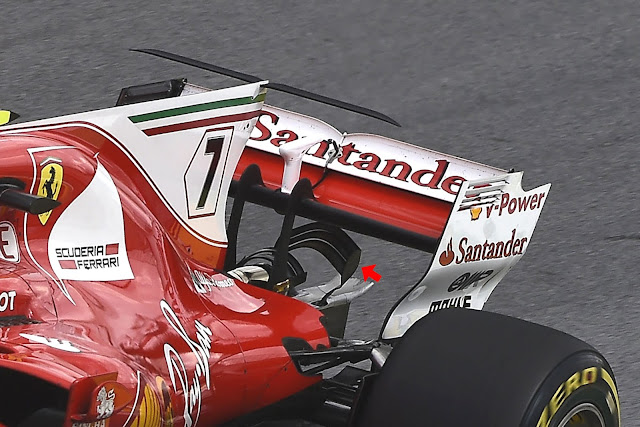 This would rule out the rearward of the two monkey seats run by Ferrari during 2017, for example. However, it doesn't mean they'll necessarily dissapear altogether, just stunted in their ability to assist high downforce rear wing configurations used at races like Monaco or Hungary.
I'm not saying we will, but we could see a combination of these two devices used in order to improve rear end stability and help overcome any inefficiencies born from the rules introduced in 2017, such as the example I've illustrated at the start of this article.