This weeks Sunday Musings are about Wing Mirror design, as always with the musing articles this is a thought that I have had and simply wish to get down on paper. I don't have the benefit of millions of pounds worth of CFD and Wind Tunnel equipment and so the benefits to be gained or indeed even lost may either be negligible or at worst flawed. These articles are at best here to stimulate thoughts on potential area's of aerodynamic gain whether it be directly or indirectly.

As you can see from the excerpts of the FIA's technical regulations below the mirrors are an area that teams have yet to exploit and have favoured a more neutral approach for this season. In previous years the teams chose to utilise the mirrors and corresponding elements in order to gain aerodynamic advantage. So lets have a little look at what could be done should the teams decide to re design their mirrors in order to gain an advantage.

14.3 Rear view mirrors :
14.3.1 All cars must have two mirrors mounted so that the driver has visibility to the rear and both sides of the car.
14.3.2 The reflective surface of each mirror must be at least 150mm wide, this being maintained over a height of at least 50mm. Additionally, each corner may have a radius no greater than 10mm.
14.3.3 All parts of the rear view mirrors, including their housings and mountings, must be situated between 250mm and 500mm from the car centre line and between 550mm and 750mm from the rear edge of the cockpit entry template.
14.3.4 The FIA technical delegate must be satisfied by a practical demonstration that the driver, when seated normally, can clearly define following vehicles.
For this purpose, the driver shall be required to identify any letter or number, 150mm high and 100mm wide, placed anywhere on boards behind the car, the positions of which are detailed below :
Height : From 400mm to 1000mm from the ground.
Width : 4000mm either side of the car centre line.
Position : 10m behind the rear wheel centre line.

Effort is currently being made by teams to use aero elements to energise and direct the flow that goes over the sidepods and downwashes toward their exhaust solutions. I see no reason why the shaping of the mirrors cannot be altered to either direct/funnel the air and/or generate vortexes that would speed up the flow.

Firstly lets look at the dimensions available and the distinctions between the mirror and the mirror casing.

The reflective element of the mirror needs to be at least 150mm wide but could be a maximum of 250mm. This width needs to be at a height of at least 50mm. This obviously doesnt rule out the option of shaping the mirror rather than having a oblong (as we see currently), in order to utilise the additional 100mm of space.
Moving onto the Mirror housing and we can see that no shapes are defined and only dimensional limitation, meaning that edges could be created to turn airflow.
Combining the two elements and you could have the reflective surface (mirror) one size embeded in a mirror housing of a different design. We can also see that there are no definitions is regards to holes/slots etc and so air could be bled from the front surface to the rear, in order to reduce drag and point flow into a singular area in order to generate stronger vortices.

I have 3 pictures for you to look at, please ignore the mirror stalk as this is not an element I'm taling about:

The first is a standard looking mirror which would need to have the casing slightly enlarged in order to leave a gap around the edge of the reflective surface on the rear. The collector hole in the front face of the mirror casing is there to attract air in and can then be redistributed to the other side of the mirror sending the flow to a desired area (ie the extremities) in order to reduce / stop flow detachment / drag 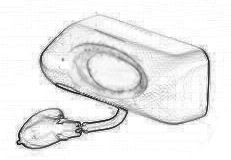 In picture 2 we can see I have added two flow conditioners/vortex generators on the outer edge of the mirror which positioned/angled correctly should angle flow toward the sidepod and into the downwash toward the exhaust plume. 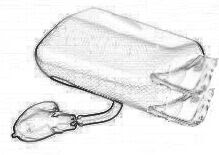 Picture 3 is a combination of both of the above and could generate energised vortices that tumble off the end of the mirror and spiral over the sidepod toward the exhuast plume. 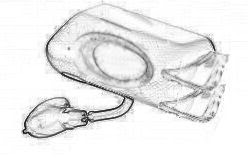 Due to the size limitations imposed (12000mm2) the mirror will more than likely be shaped very diffferently to my interpretation but none the less should give you a good Idea of what I'm talking about.