Last week Force India partook in an aerodynamic test day at Duxford, for those thinking that bar the pre season tests "aren't teams banned from testing?"

Article 22 of the Sporting Regulations:

22.1 Track testing shall be considered any track running time not part of an Event undertaken by a competitor entered in the Championship, using cars which conform substantially with the current Formula One Technical Regulations in addition to those from the previous or subsequent year. The only exception is that each competitor is permitted up to eight promotional events, carried out using tyres provided specifically for this purpose by the appointed supplier, to a maximum distance of 100kms per event.

ii) Four one day aerodynamic tests carried out on FIA approved straight line or constant radius sites between 1 February of the current year and the start of the last Event of the Championship. Any of these days may be substituted for four hours of wind-on full scale wind tunnel testing to be carried out in a single twenty four hour period.

James Calado was at the wheel of the VJM06 whilst the team conducted the test and through an acquaintance on Twitter I'm able to show you a few pictures he took. 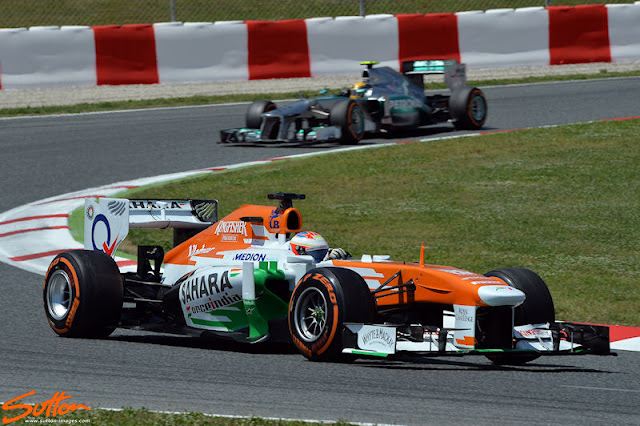 Below are the images captured by David Slater 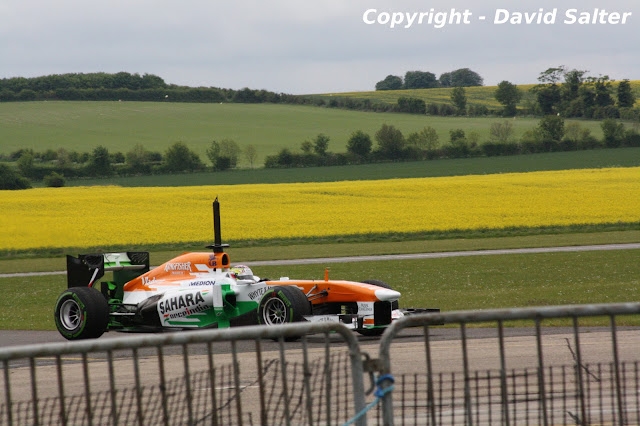 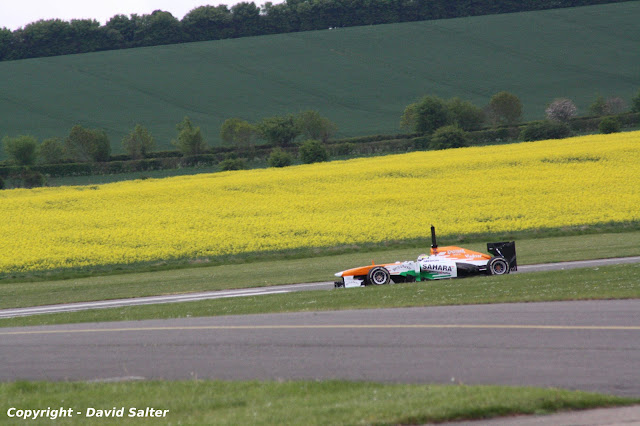 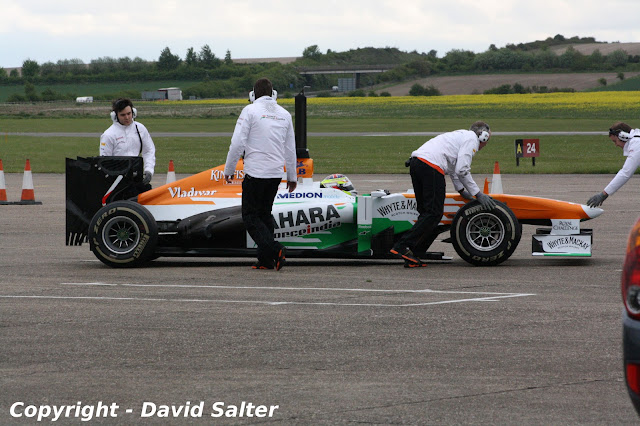 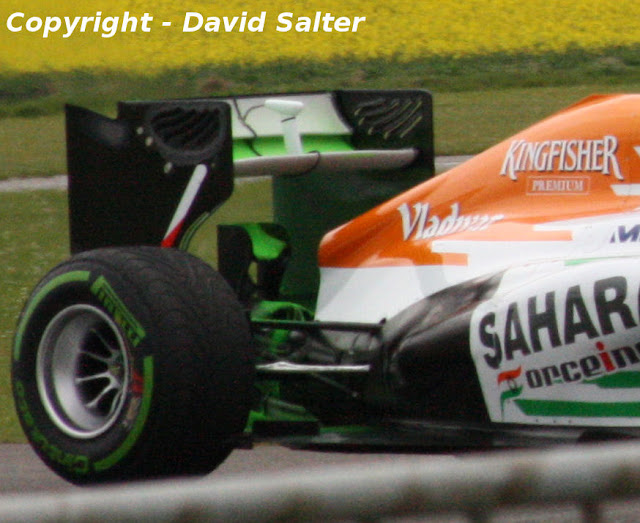 In the last picture which I have blown up from the original we can see that the team were also using Flo-Viz to correlate their findings.
Tagged
Newer Post Older Post