Felipe Massa's drive through in Brazil

As the events of the last race of the season unfolded at Interlagos, twitter became awash with criticism of the stewards decision to levy Felipe Massa with a drive through penalty.  The Brazilian was himself none too impressed, gesticulating as he passed through the pitlane to serve his penalty after he'd already told Rob Smedley (his race engineer) "This is unacceptable, this is unbelievable, unbelievable, unacceptable" in an exaggerated tone.

The fact however remains than prior to the start of the GP weekend the teams and drivers had been given the following instructions: 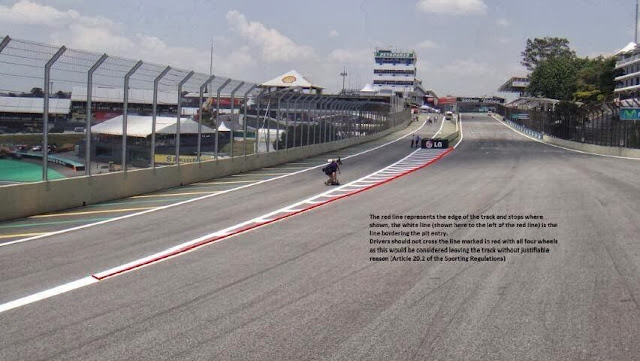 Not shown in the picture above but a separation in the line before the juncture with the hash markings was also made on the track to define this limitation.  As we will see in the next few images all the drivers skirts the pit entry line at Interlago's as it opens up the corner and allows a quicker exit.  Massa however stepped over that line much further than any other driver I can find footage of. 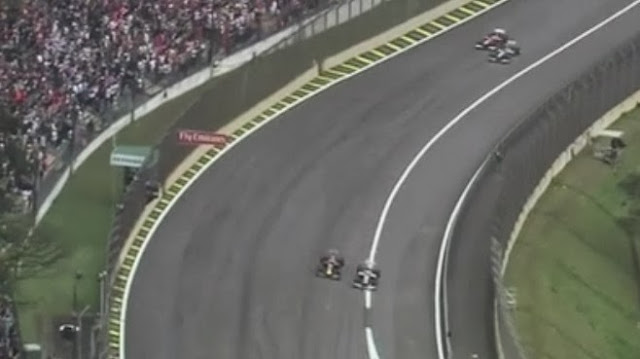 Above: As Vettel (left) overtakes Rosberg (right) neither of the drivers drift over the pitlane line limit

Above: Lewis wide of the mark, will clip the line as if the corners apex on the way through the turn

Above: Onboard with Felipe on lap 22 just like Hamilton above we can see the Brazilian skirting the line as if it were the apex, however pay attention to the proximity of the car to his left.  This is the primary reason that the warning was issued prior to the GP as the closing speed from full race pace (Massa) to the car entering the pitlane is pretty drastic.

Above: Many complained on twitter to me that Vettel too had been cutting the pitlane line limit and as we can see he did indeed skirt it here but we don't find all 4 wheels over the hash markings. 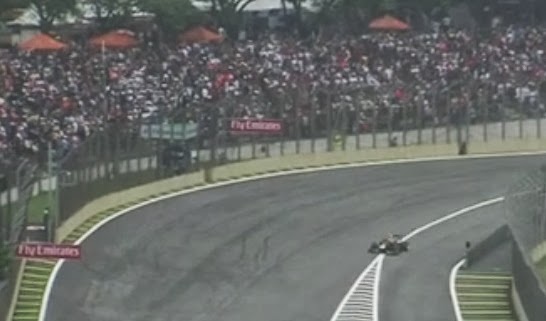 Above: At the end of lap 26 we see Webber also skirting with the pitlane line limit with the car centrally placed over the hash lines

Above: At the end of lap 28, you'd be forgiven for thinking that Felipe was entering the pitlane... 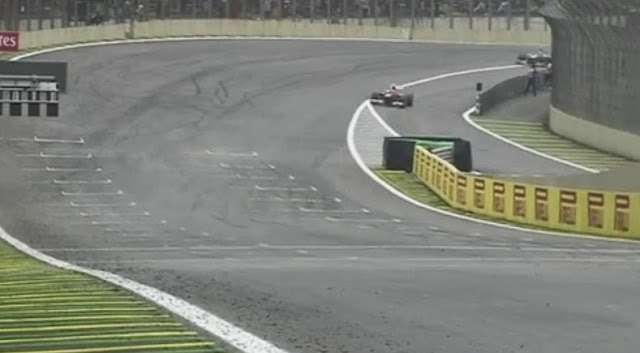 Above: As we can see, as we scroll the footage on the Ferrari's driver is clearly going to drift all 4 wheels across the hash markings 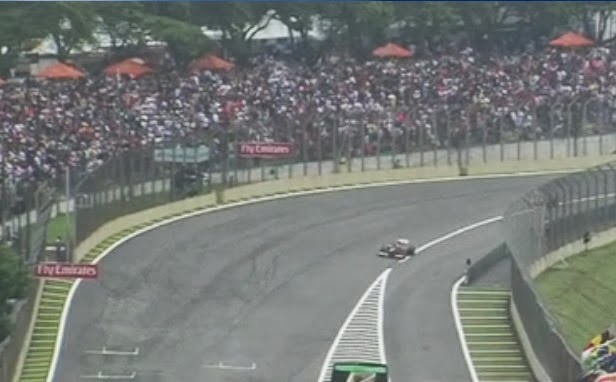 Above: Lap 30 and as we can see following a warning from Rob Smedley the Brazilian has re adjusted his line through the turn.

As far as I'm concerned it's a stonewall penalty, did others do the same? That I cannot tell you, but from the footage I have they didn't.
Tagged
Newer Post Older Post