The last magazine style layout went down pretty well so I decided to complete a quick summary of the 2014 powerplant changes that will effect the sport. 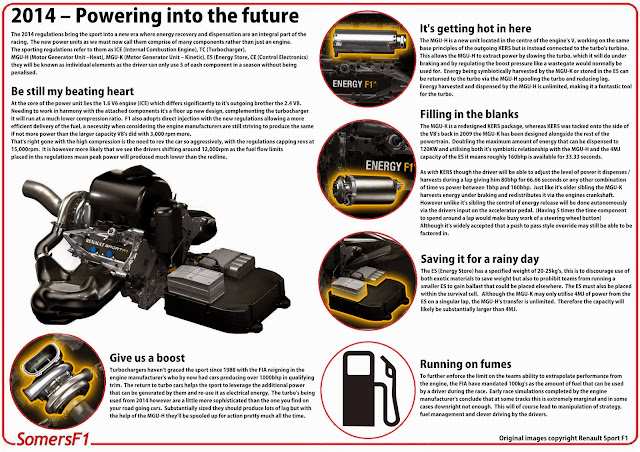 Click the image for full size which makes it great for printing off.....

As a translation isn't available for the embedded image the following is the piece in blog format:

The 2014 regulations bring the sport into a new era where energy recovery and dispensation are an integral part of the racing. The new power units as we must now call them comprise of many components rather than just an engine. The sporting regulations refer to them as ICE (Internal Combustion Engine), TC (Turbocharger), MGU-H (Motor Generator Unit – Heat), MGU-K (Motor Generator Unit – Kinetic), ES (Energy Store, CE (Control Electronics) they will be known as individual elements as the driver can only use 5 of each component in a season without being penalised.

Be still my beating heart

At the core of the power unit lies the 1.6 V6 engine (ICE) which differs significantly to it's outgoing brother the 2.4 V8. Needing to work in harmony with the attached components it's a floor up new design, complementing the turbocharger it will run at a much lower compression ratio. F1 also adopts direct injection with the new regulations allowing a more efficient delivery of the fuel a necessity when considering the engine manufacturers are still striving to produce the same if not more power than the larger capacity V8's did with 3,000 rpm more. That's right gone with the high compression is the need to rev the car so aggressively with the regulations capping it at 15,000rpm. It is however more likely that we see the drivers shifting around 12,000rpm as the fuel flow limits placed in the regulations mean peak power will produced much lower. 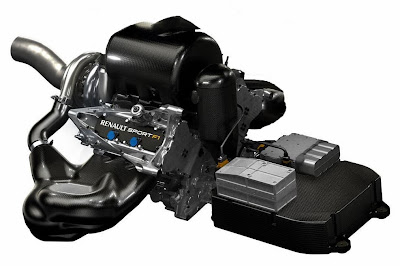 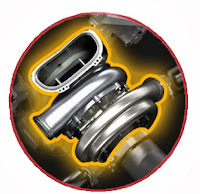 Give me a boost
Turbochargers haven't graced the sport since 1988 with the FIA reigning in the engine manufacturer's who by now had cars producing over 1000bhp in qualifying trim. The return to turbo cars helps the sport to leverage the additional power that can be generated by them and re-use it as electrical energy. The turbo's being used from 2014 however are a little more sophisticated than the one you find on your road going cars. Substantially sized they should produce lots of lag with the help of the MGU-H they'll be spooled up for action pretty much all the time. 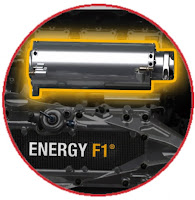 It's getting hot in here
The MGU-H is a new unit located in the centre of the engine's V, working on the same base principles of the outgoing KERS but is instead connected to the turbo's turbine. This allows the MGU-H to extract power by slowing the turbo, which it will do under braking and by regulating the boost pressure like a wastegate would normally be used for. Energy being symbiotically harvested by the MGU-K or stored in the ES can be returned to the turbo via the MGU-H spooling the turbo and reducing lag. Energy harvested and dispensed by the MGU-H is unlimited, making it a fantastic tool for the turbo. 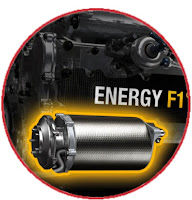 Filling in the gaps
The MGU-K is a redesigned KERS package, whereas KERS was tacked onto the side of the V8's back in 2009 the MGU-K has been designed alongside the rest of the powertrain. Doubling the maximum amount of energy that can be dispensed to 120KW and utilising both it's symbiotic relationship with the MGU-H and the 4MJ capacity of the ES it means roughly 160bhp is available for 33.33 seconds. As with KERS though the driver will be able to adjust the level of power it dispenses/harvests during a lap giving him 80bhp for 66.66 seconds or any other combination of time vs power between 1bhp and 160bhp.

Just like it's older sibling the MGU-K harvests energy under braking and redistributes it via the engines crankshaft. However unlike it's sibling the control of energy release will be done autonomously via the drivers input on the accelerator pedal. (Having 5 times the time component to spend around a lap would make busy work of a steering wheel button) Although it's widely accepted that a push to pass style override may still be able to be factored in. 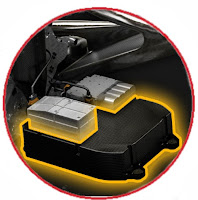 Saving it for a rainy day
The ES (Energy Store) has a specified weight of 20-25kg's this is to discourage use of both exotic materials to save weight but also to prohibit teams from running a smaller ES to gain ballast that could be placed elsewhere. The ES must also be placed within the survival cell. 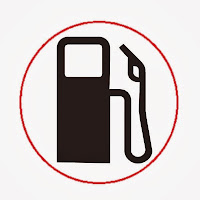 Running on fumes
To further enforce the limit on the teams ability to extrapolate performance from the engine, the FIA have mandated 100kg's as the amount of fuel that can be used by a driver during the race. Early race simulations completed by the engine manufacturer's conclude that at some tracks this is extremely marginal and in some cases downright not enough. This will of course lead to manipulation of strategy, fuel management and clever driving by the drivers.

For a more in depth look at the 2014 regulations along with a few of the 'loopholes' available to the teams don't forget my ongoing series: Looking Ahead to 2014