Another Chapter? Infiniti Red Bull Racing and the 2014 challenge 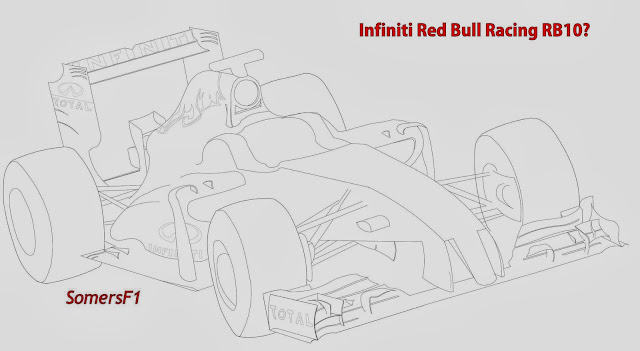 Red Bull Racing created a legacy in the sport by achieving 4 consecutive constructors titles in 2013, equaling McLaren and leaving the door firmly open to beat Ferrari's record of 6.  Meanwhile their German starlet Sebastian Vettel also claiming his 4th consecutive title, accrued enough points in 2013 to take the constructors title on his own, affirming his and the teams superiority.

For 2014 a new challenge awaits Vettel and his new compatriot Daniel Ricciardo, who joins the team from Toro Rosso just as Vettel did at the turn of the last regulation change.

A smaller capacity (V6, 1600cc) engine, return to turbos and the prominence of more electrical energy to power the car (appromimately160bhp for 33.33 seconds per lap), means we refer to them as power units from here in.  Torque delivery will make the car's more difficult to drive but it's a technical challenge that's not insurmountable, especially for a team with great connections to both Infiniti and it's partners.  Red Bull's technological approach will undoubtedly pay dividends at the inception of the new rules, I look forward to dissecting the changes they've made not only to the power unit but the aerodynamics too.
Tagged
Newer Post Older Post