Marussia ran with a very basic configuration in Jerez with not only the car arriving late but initially looking to shakedown the car rather than set competitive times. Not only was the car devoid of DRS in Jerez but an obvious ommision was the Airflow Conditioners that usually adorn the side of the Sidepod. 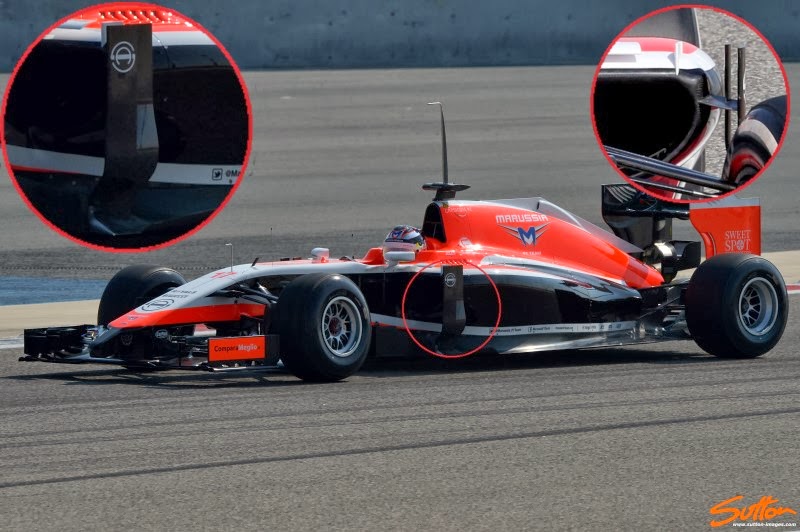 For Bahrain the team arrived with a set of freshly designed conditioners that are split into two sections, the more forward section remains vertical whilst the secondary section arcs over toward the Sidepod's shoulder. The Airflow Conditioners were also joined by the implementation of a Vortex Generator located a few inches from the Sidepods outer edge (see the inset in the top right), to be used in combination with the horizontal vane inboard of it and the Airflow Conditioner.