The E22 render that the team originally released showed the car with a 'shark fin' engine cover which up until Melbourne had failed to materialize.  The team sacrificing the aerodynamic performance of that style of engine cover for the cooling option of a larger outlet funnel and inlet's and outlets surrounding the turbocharger to keep it cooled.  The 'shark fin' was only used briefly during the weekend and can be seen in the image below (the engine cover used otherwise can be seen in the upper left inset).

A discrepancy between both cars for the race is the lack of cowling covering the turbo cooling outlet on Maldonado's car.  It appears that this wasn't a conscious decision by the team and was actually lost when Maldonado ventured off into the gravel, due to Parc Ferme restrictions he had to continue with out it and would be interesting to know if this had some impact on the lower mileage covered by the Venezuelan during the race.

Above: Maldonado sits at the end of the pitlane with his turbo outlet cover MIA 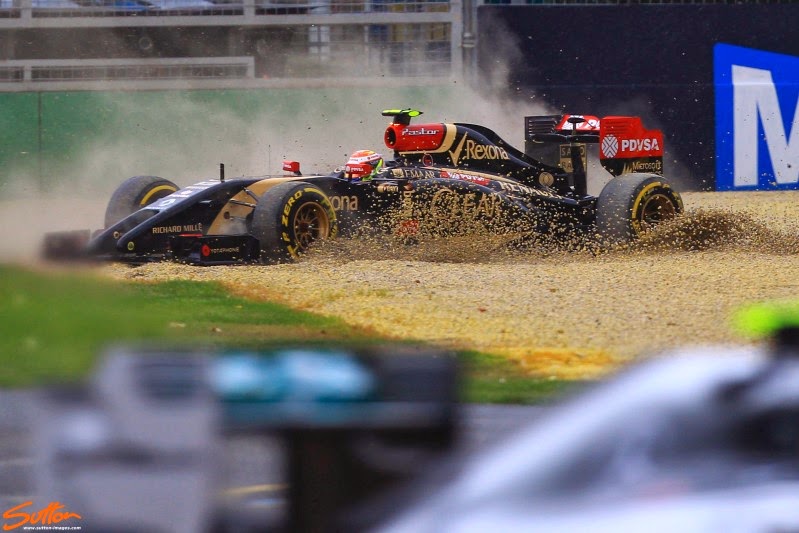 Above: Maldonado takes a trip into the gravel and likely dislodges the turbo cooling outlet cover