For a short period of time during their running on day 4 (inset), Mercedes continued their assault on ticking the boxes, dotting the I's and crossing the T's. This came in the form of yet another cooling option but one that the team have used on their previous cars. The snorkel inlet reside atop of the engine cover a little aft of the engine airbox and in most likelihood takes care of cooling an oil cooler that usually resides above the gearbox or the Turbo's turbine which sits on the rear of the Mercedes power unit (Mercedes have split their Turbo with the compressor sitting one end of the engines V and the turbine the other, with a connecting shaft and MGU-H running through the V.

In Melbourne a revised version of these (perhaps hurriedly on site 3D printed appendages for the last test) appeared on the W05 signaling their long term inclusion as part of the cooling package. The snorkel inlets are a little larger and although this will compromise rear wing performance a little it's better to be on the safe side of the thermal margins at this early stage. 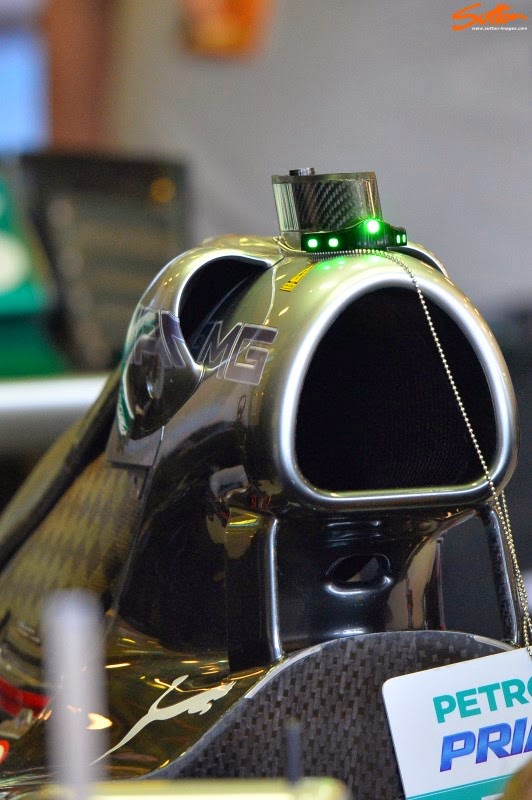