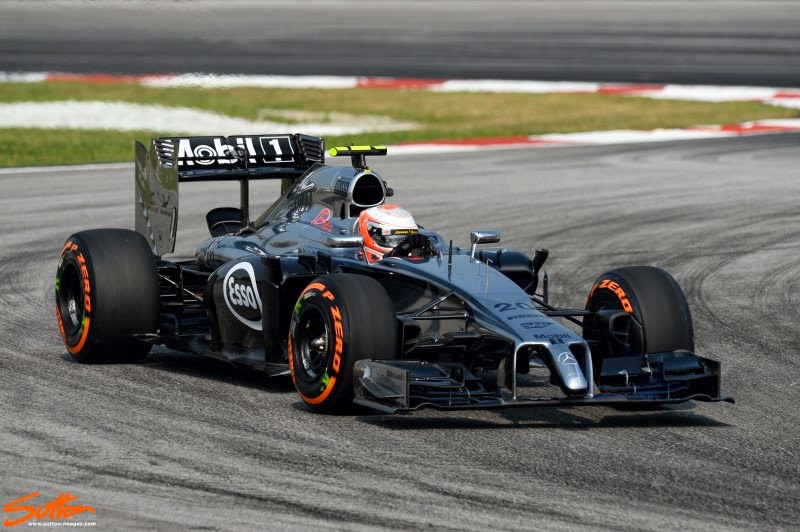 McLaren MP4-29 - wide angle shot showing the new nose which features a shorter, more drooped 'finger section owing to the raised section behind which will allow more airflow to pass underneath the car and drive the floor 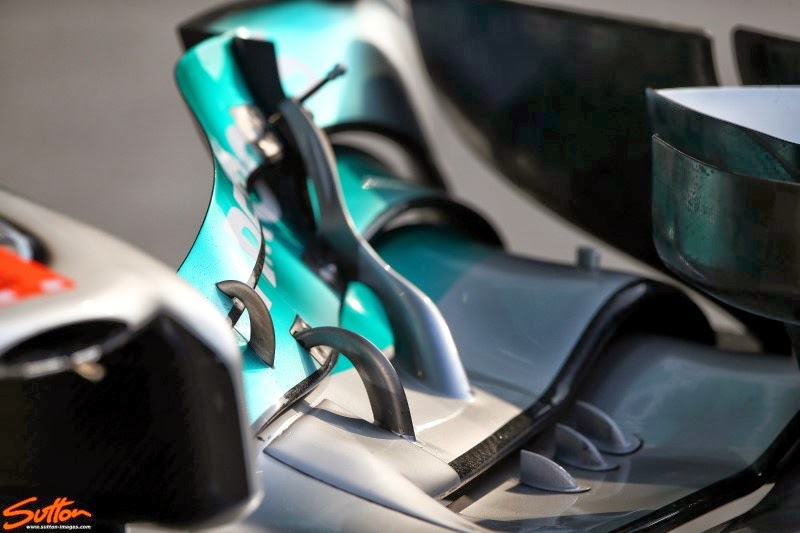 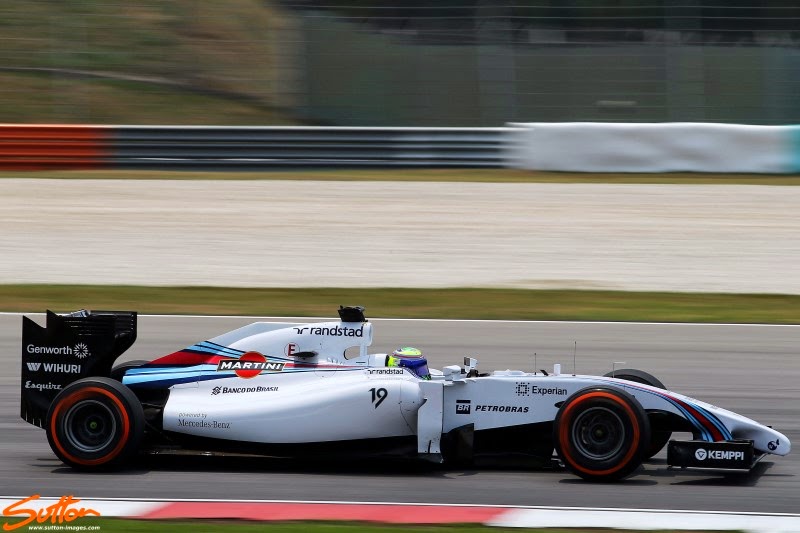 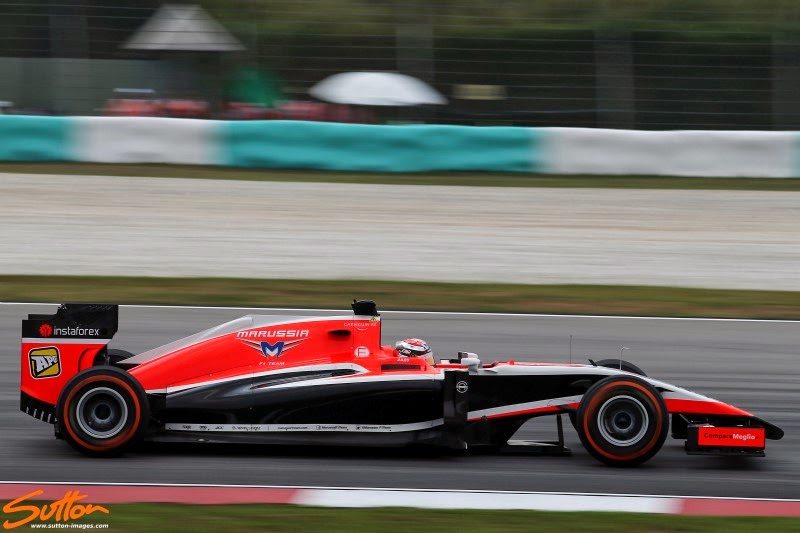 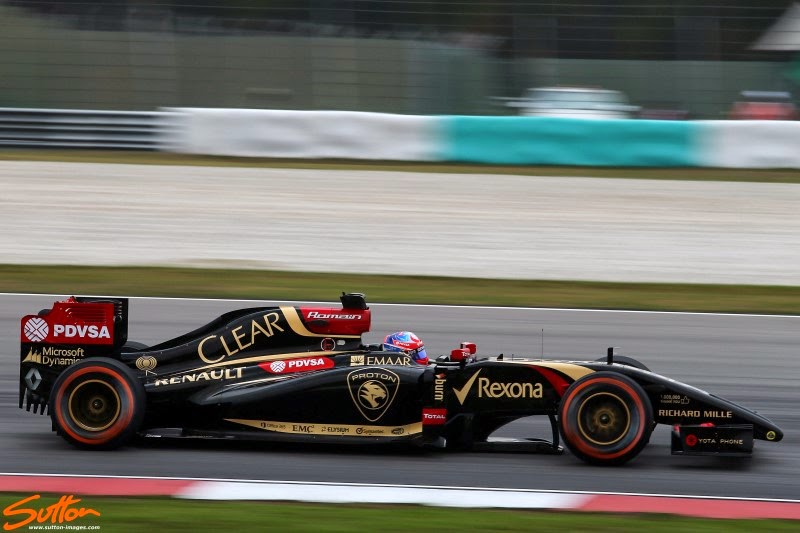 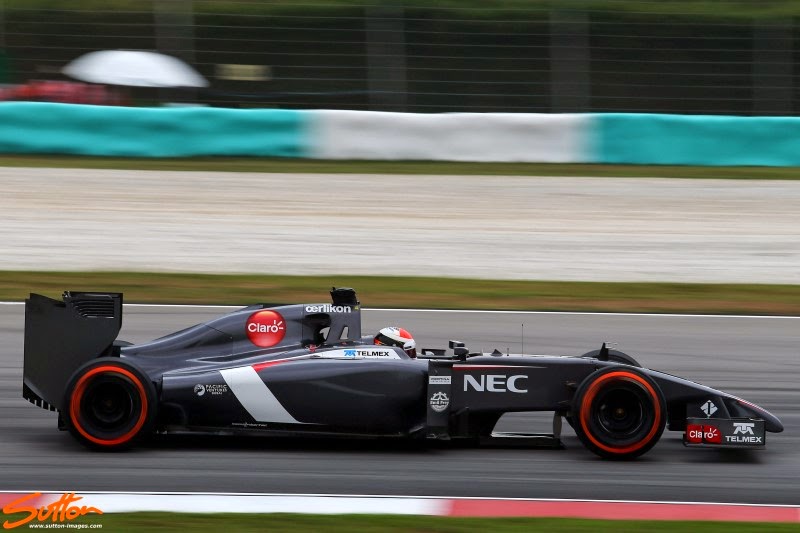 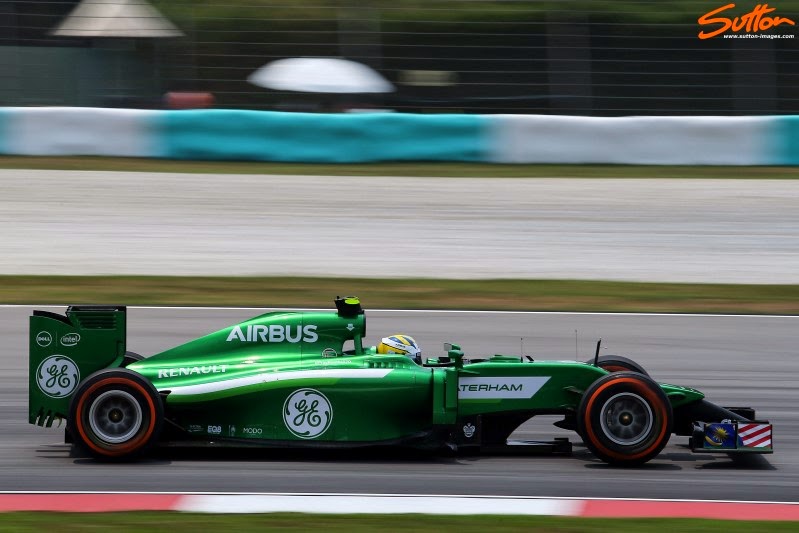 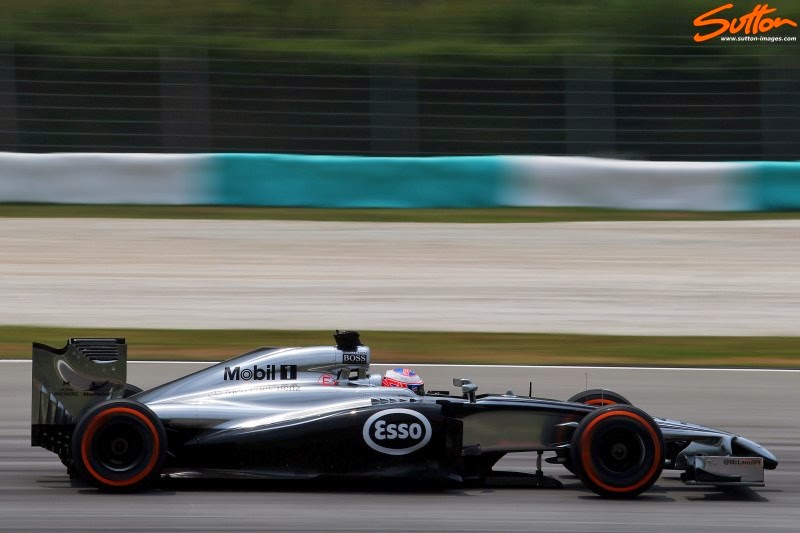 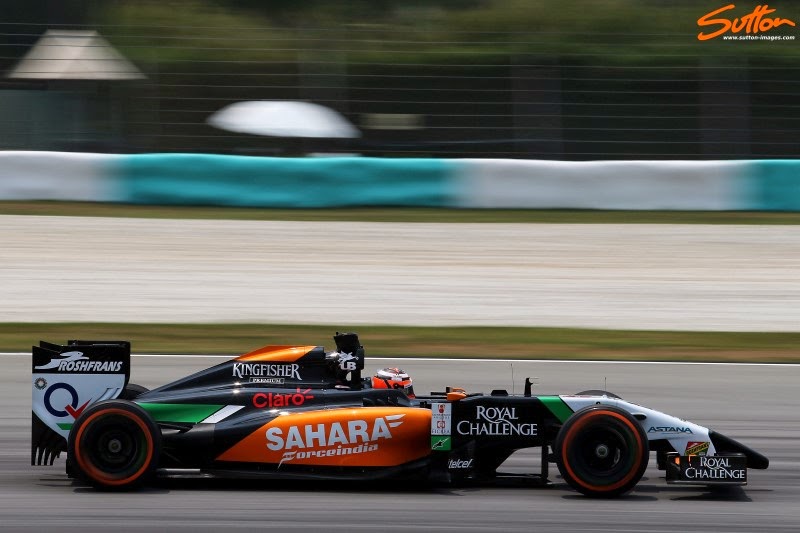 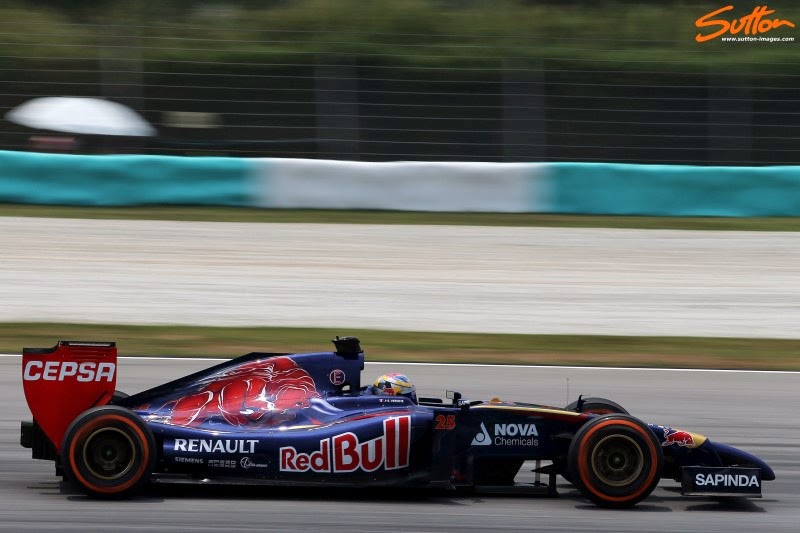 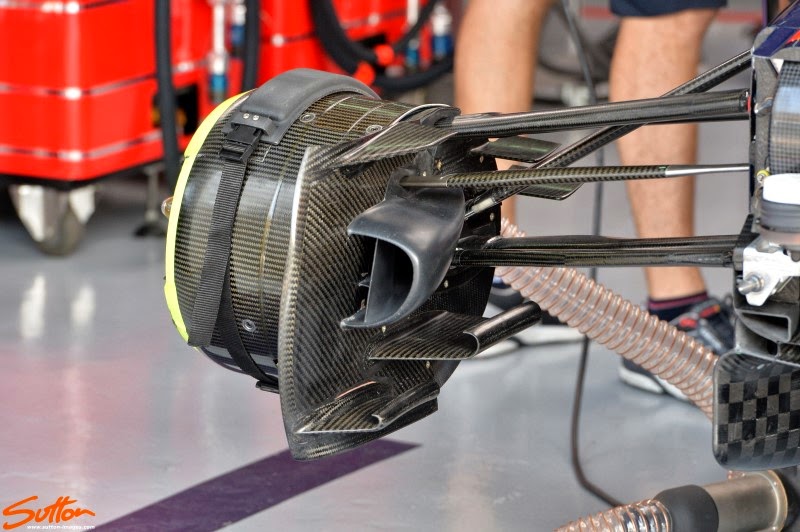 Red Bull RB10 - Front brake duct detail, note the scroll vanes that will collate the airflow dispatched by the front wing and re-purpose it 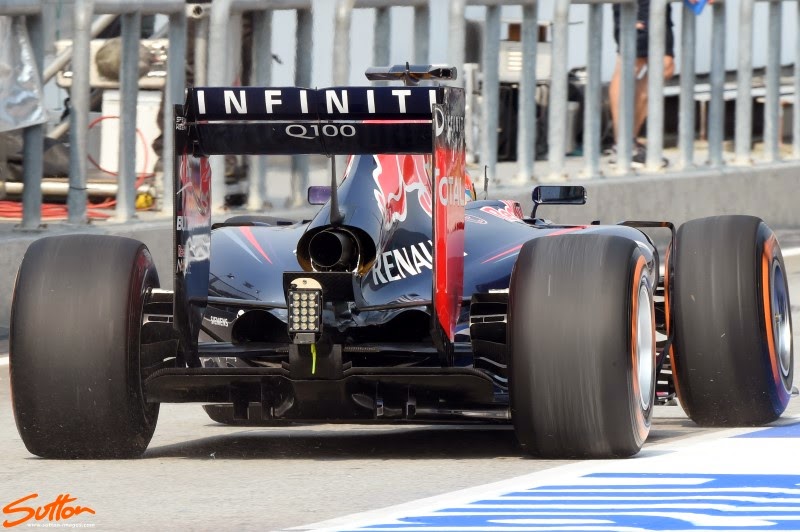 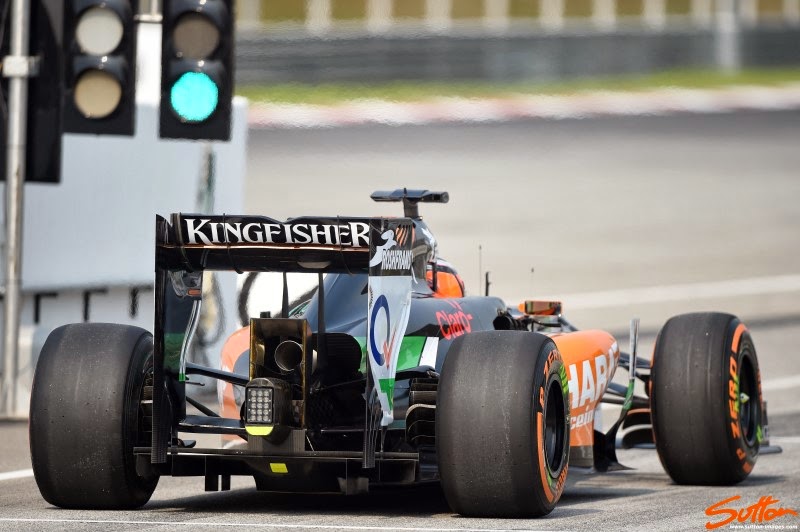 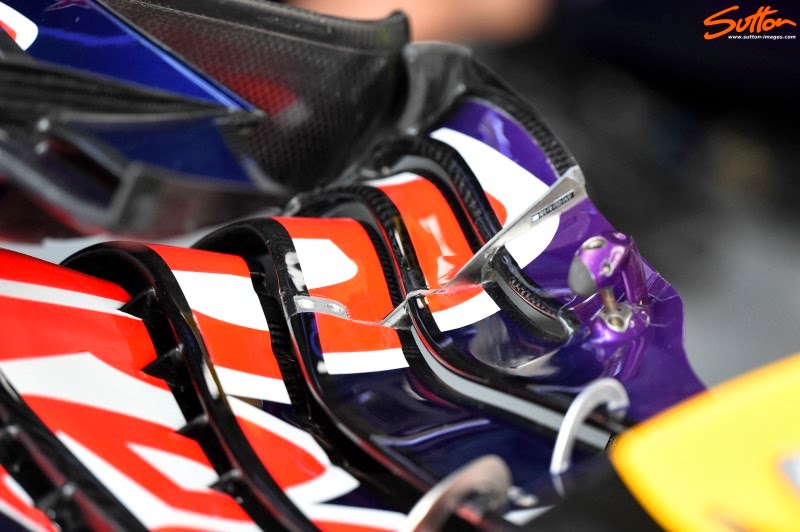 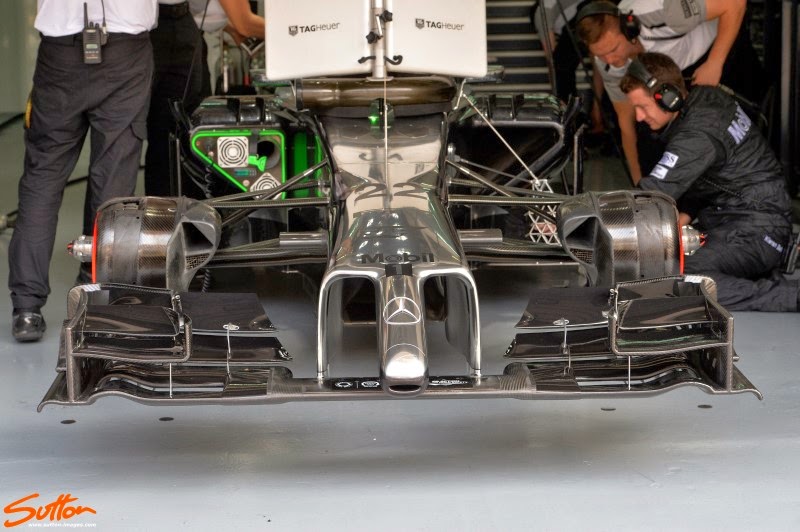 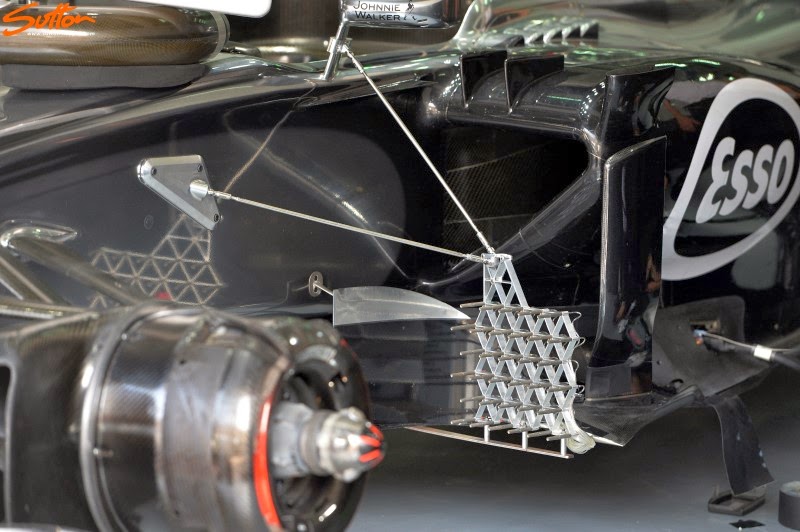 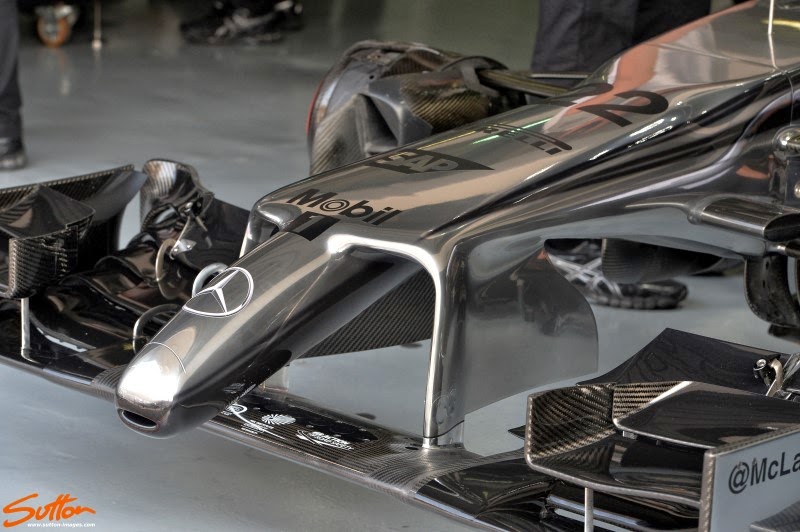 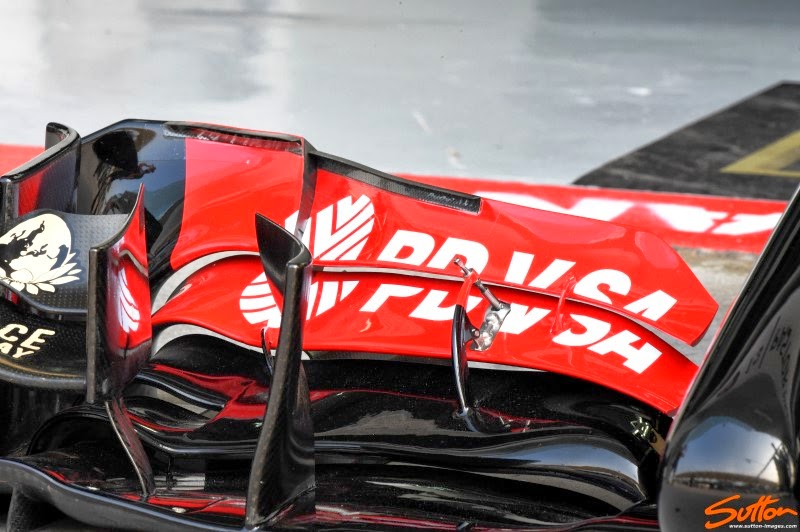 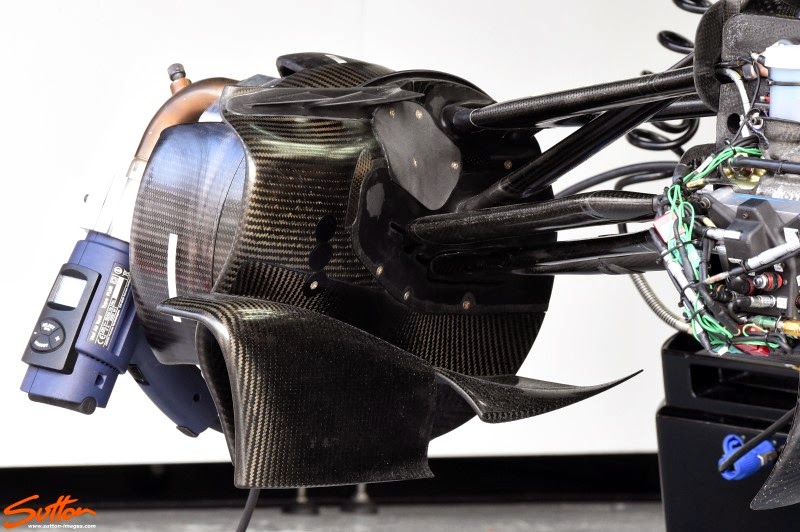 Lotus E22 front brake duct detail, note the proliferation of winglets on the top edge of the duct whilst the lower section is also treated to curved flow conditioners 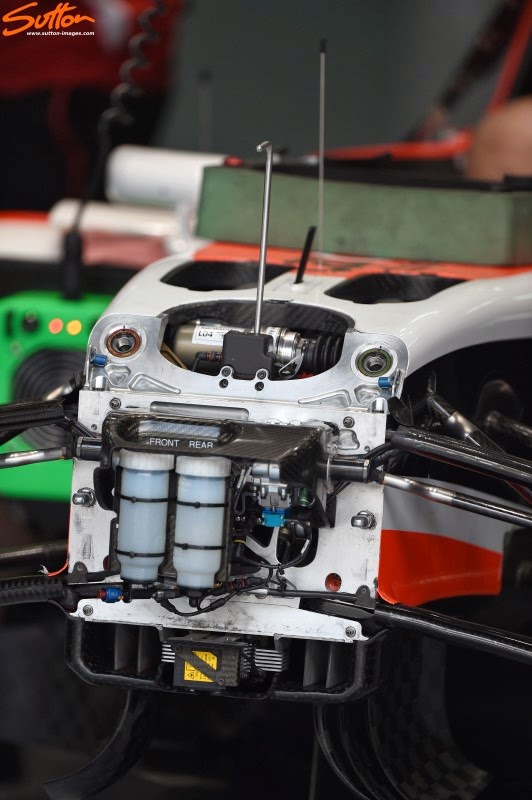 Marussia MR03 bulkhead detail, note the driver and heatsink cooling at the base 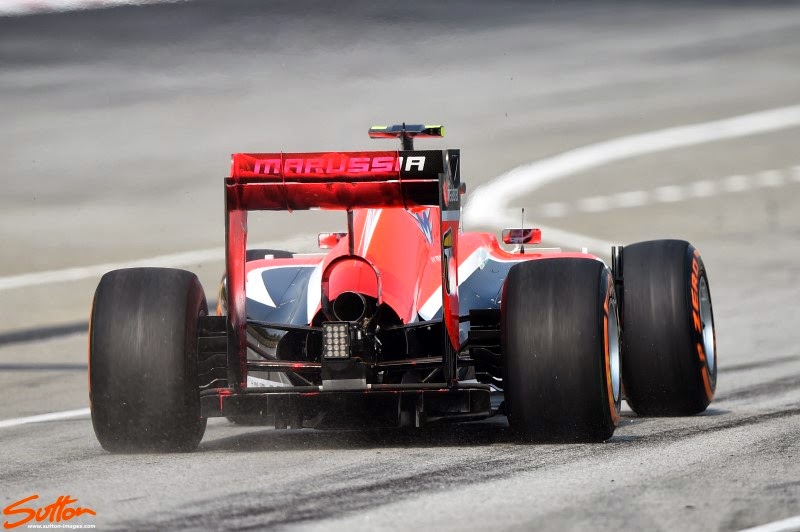 Marussia MR03 - A flo-viz'd up rear wing, whilst the car is also devoid of the usual Y100 winglet showing the size of the inverted Y-Lon 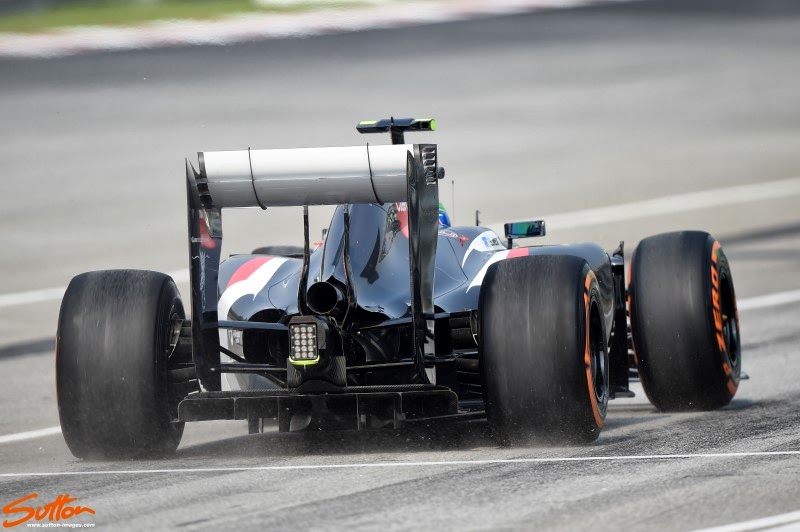 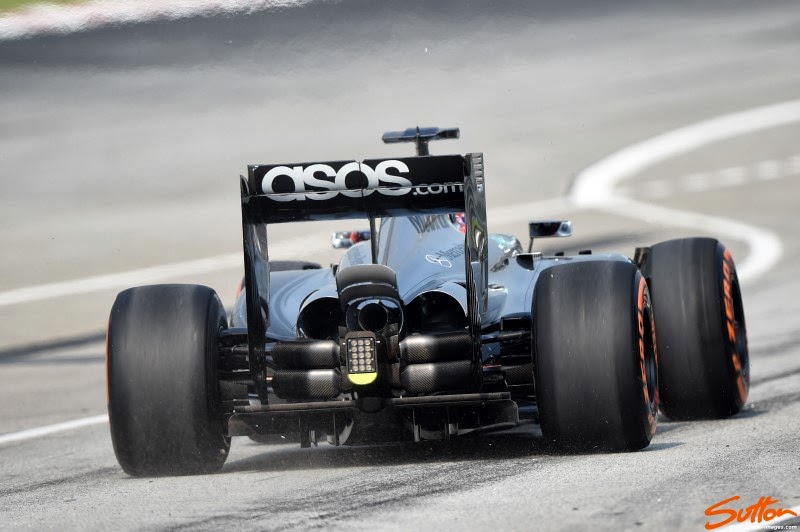 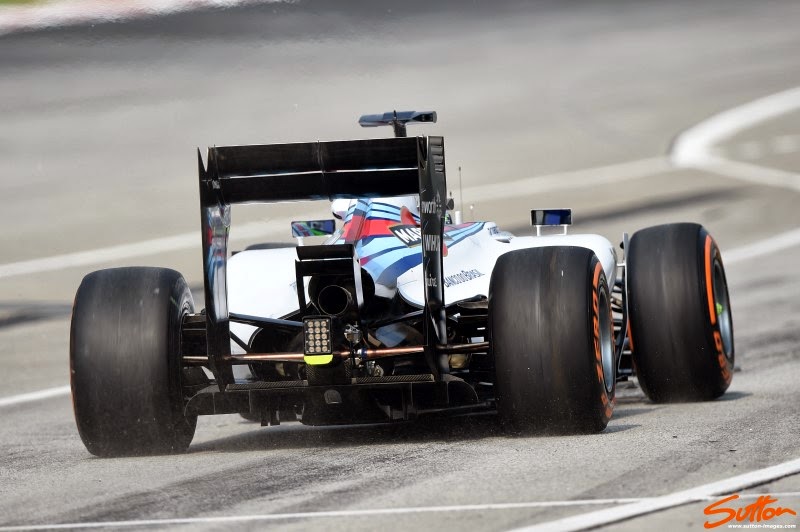 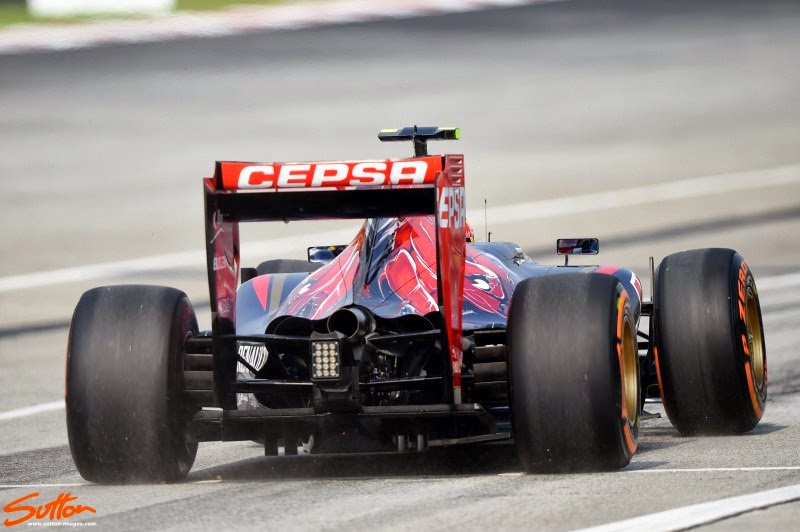 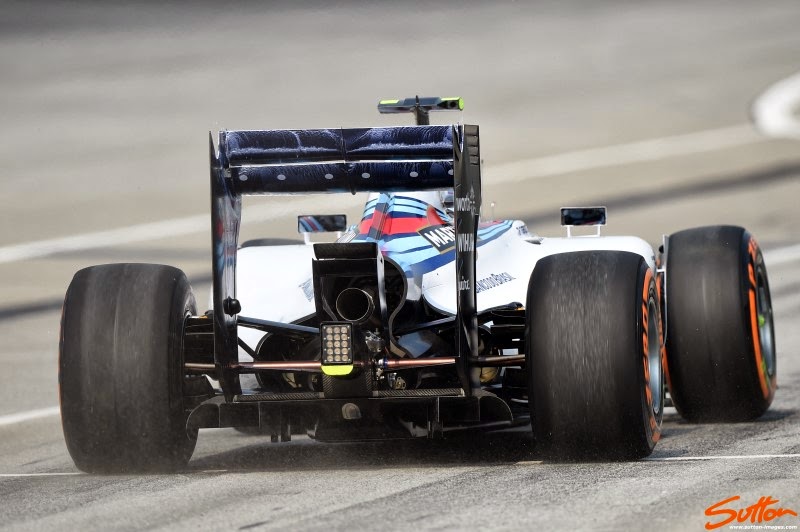 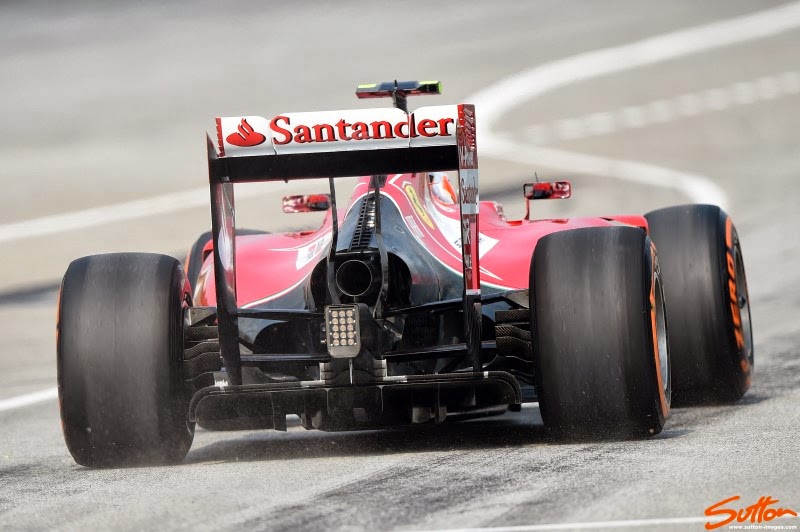 Ferrari F14T rear end detail, note the enlarged cooling cannon outlet as tested in pre-season for the increased heat in Malaysia, whilst the engine cover also features more cooling along the spine of the engine cover 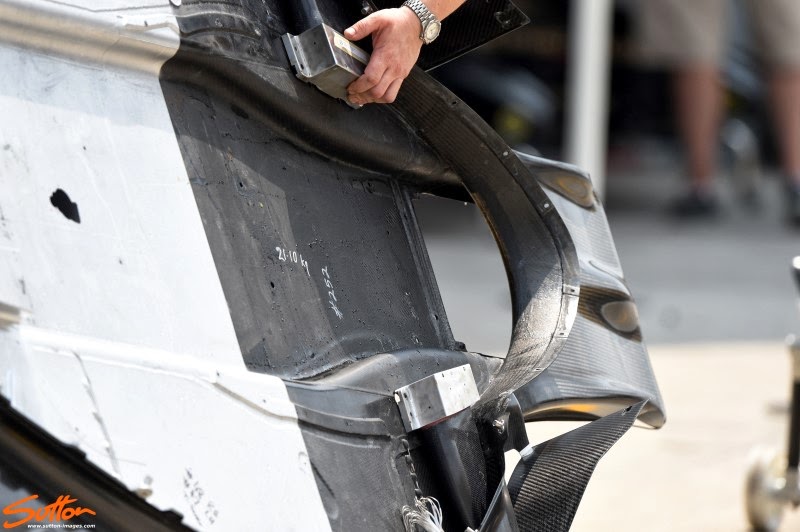 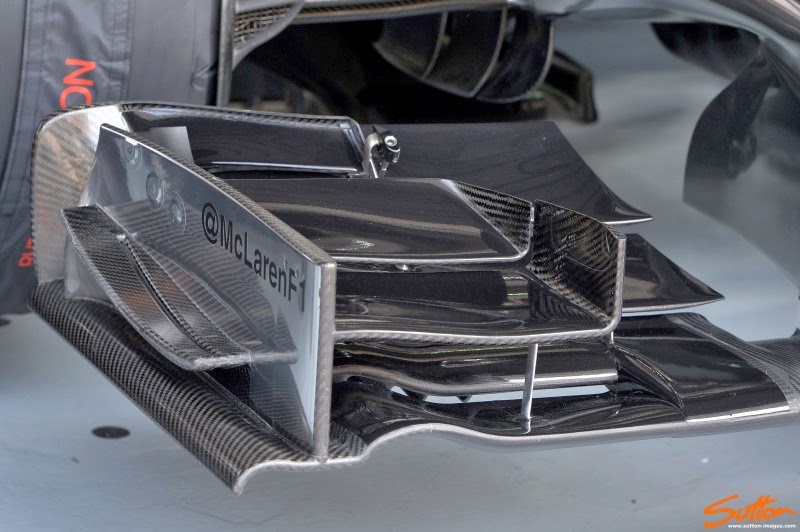